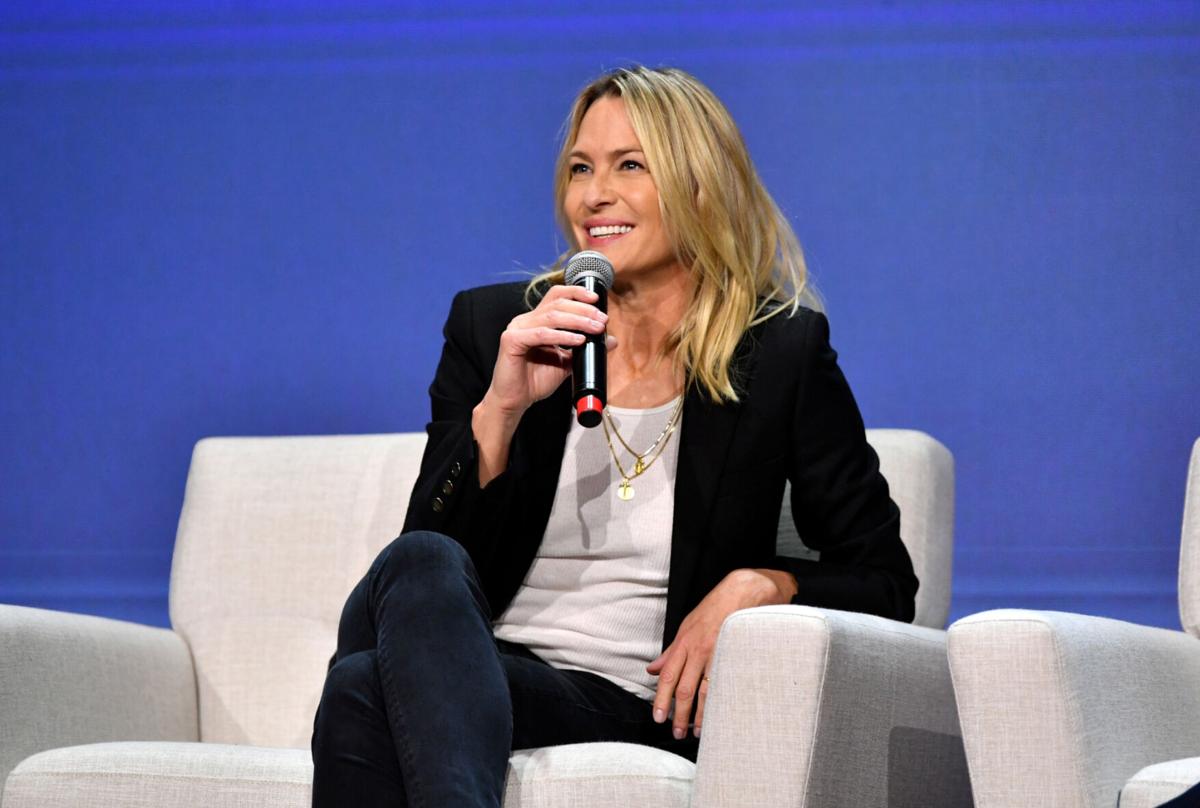 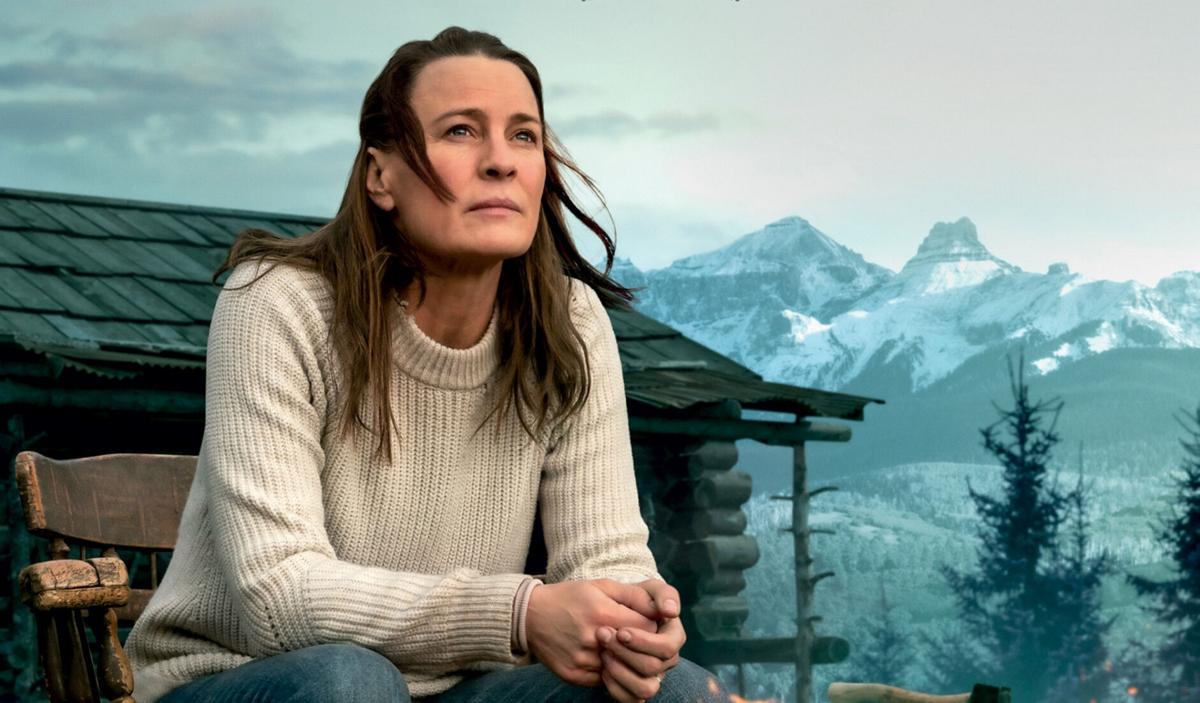 Robin Wright directs and stars in “Land,” about a woman who escapes to the wilderness. Focus Features

Robin Wright directs and stars in “Land,” about a woman who escapes to the wilderness. Focus Features

When she set out to make her directorial debut on an 8,000-foot peak in remote Canada, Robin Wright knew the elements would prove challenging. But she hadn’t anticipated the arrival of one on-set visitor: a bear.

One morning at 5 a.m., the actress was asleep in a mountainside trailer where she was shooting “Land” when she heard a shriek. When she looked out of her window, she saw the wild animal attempting to enter the craft service trailer where a crew member was preparing breakfast.

“She had this wrought iron skillet and a big spatula — silver spatula — and she was banging it on the thing and finally scared the bear away,” said Wright, speaking on a virtual L.A. Times Talks Sundance panel, sponsored by Chase Sapphire. “It took about five minutes of her screaming bloody murder before that bear ran away. You know they can open doors.”

In “Land,” Wright stars as a woman who abandons her urban life for the wilderness after experiencing a personal tragedy. She purchases a cabin in the middle of nowhere, gets rid of her car and attempts to find her food through hunting and fishing. But with no history of living off-the-grid, the situation quickly becomes dangerous. That’s when a stranger, played by Demian Bichir, stumbles across her cabin and helps teach her how to survive in the outdoors.

To prepare for the 29-day shoot, Wright and Bichir worked with what the director called a “mountain man,” learning how to skin a deer, fish in a river and chop wood. Wright said she found splitting logs surprisingly hard: “You have to nail it perfectly in the middle section of the wood ... I almost chopped my leg off.”

The deer-skinning was so gory that she even began thinking about going vegetarian. Bichir, however, was not similarly affected by the experience.

“I love my ribeyes. Nothing will change that. Please, medium rare,” he said with a laugh. “But one thing I learned from my mountain guy — and that’s something that I usually do anyway — is that I actually thanked the fish for feeding me. I actually tell the cow or the chicken, ‘Thank you so much for offering your life so we can move on with ours.’ I don’t take that for granted.”

On set, Bichir said, he had a “beautiful time” with Wright, noting he was in awe watching her “switching hats, going from director to producer to adjusting the dialogs and this and that. And then doing her thing, what she became famous for.”

Initially, Wright was not interested in starring in the film. But when scheduling complications shortened the casting window, producers suggested she play the lead role. She’d been interested in directing for years, getting behind the camera to helm numerous episodes of Netflix’s “House of Cards.” But getting off of a confined set and onto location changed the experience drastically, she said.

“Once you get in (nature)and you start to observe it — not as a picture anymore — you’re observing all of the eccentricities,” she said. “It’s quiet, but it’s full of noise — beautiful noise. It’s not mayhem until the scary part of nature blows winds that are 75 miles an hour, and they’re making sounds like wolves and tigers. It’s incredible the music that it puts out.”