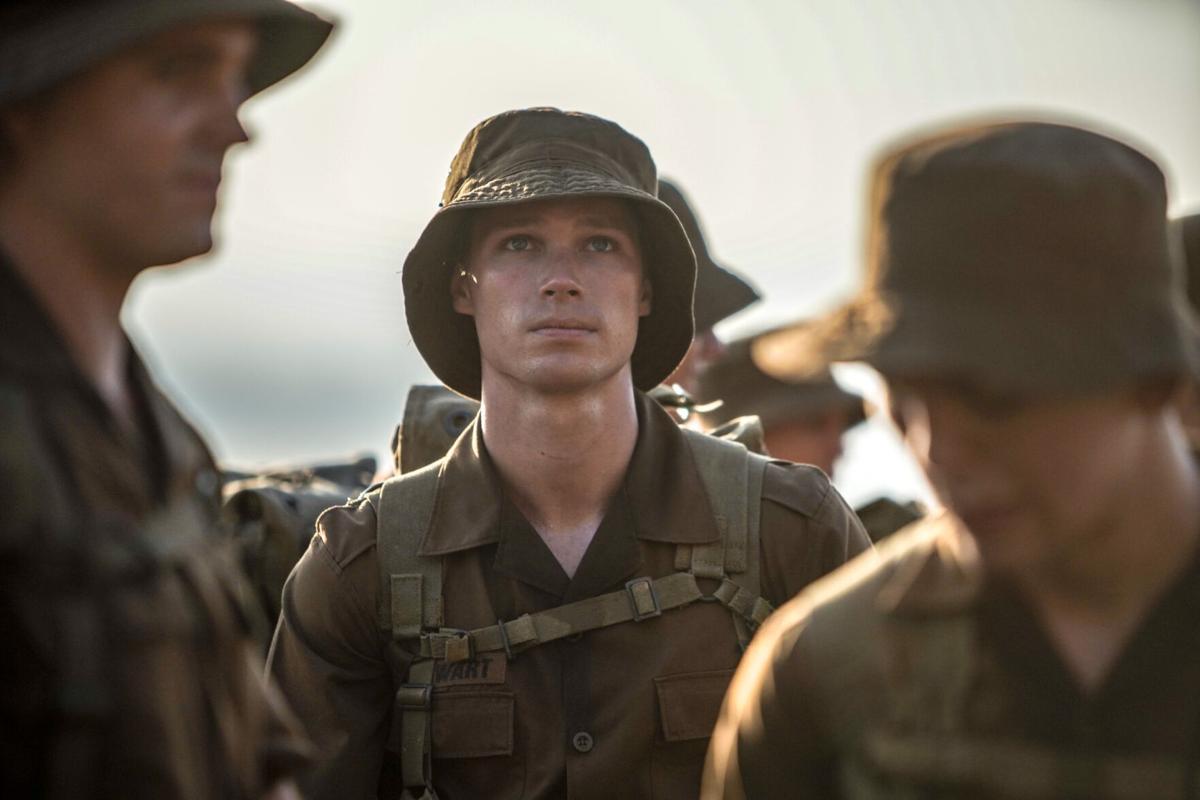 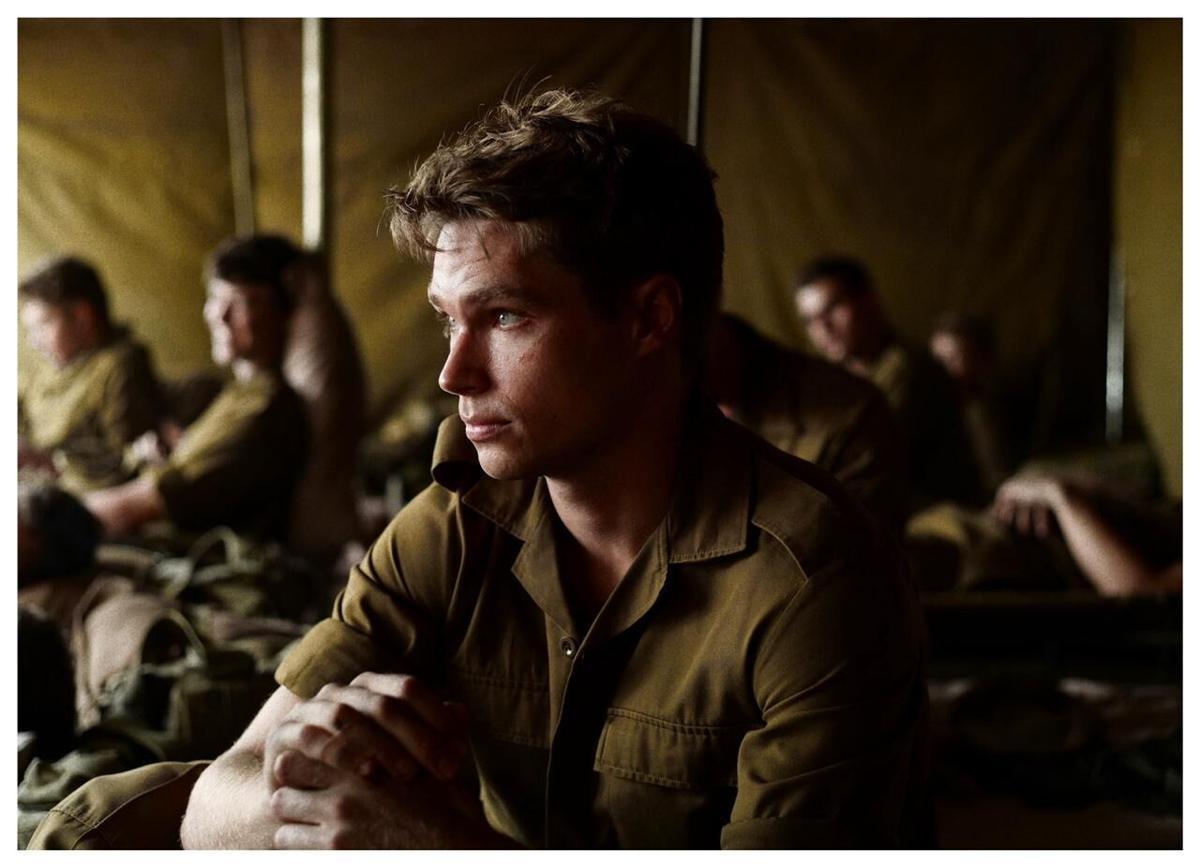 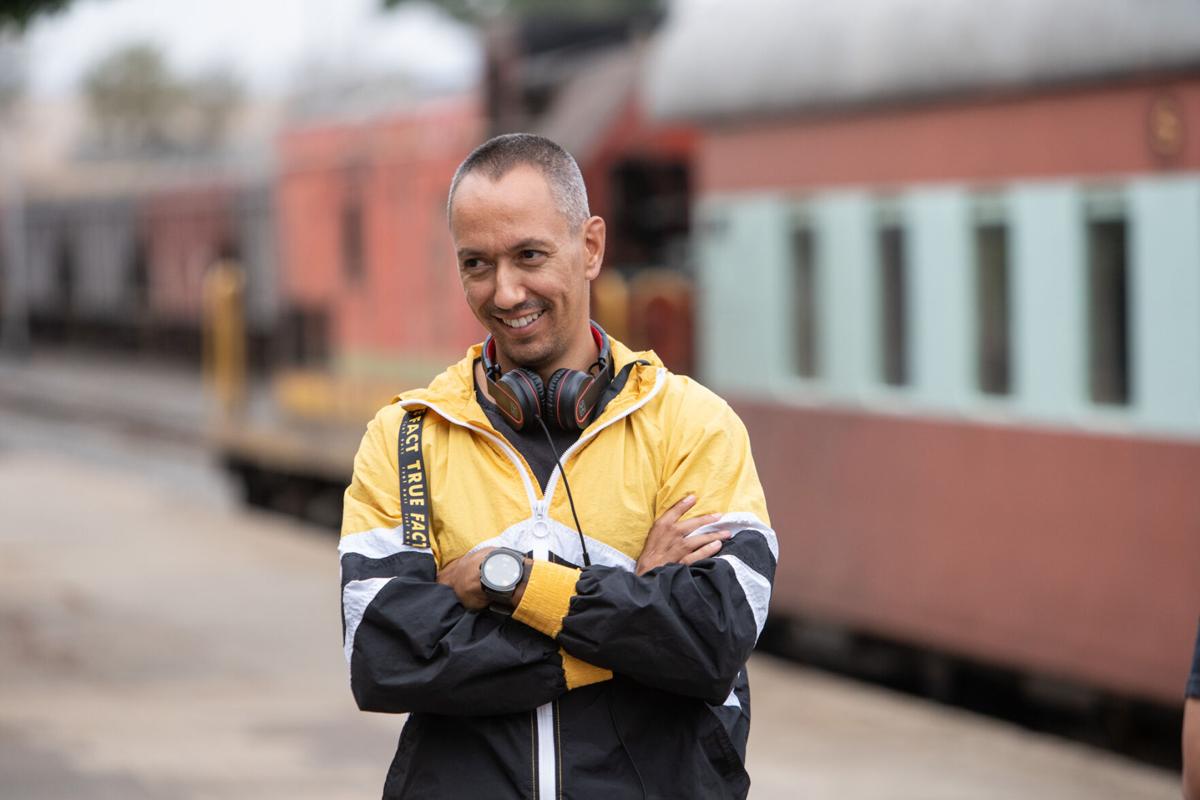 Director Oliver Hermanus, on the set of "Moffie." (Courtesy of IFC Films/TNS)

Director Oliver Hermanus, on the set of "Moffie." (Courtesy of IFC Films/TNS)

South Africa, 1981. A few teenage soldiers, tanned, blond, just out of boyhood, enjoy a rare night out with a few female companions. Michael (Matthew Vey) drags on a cigarette and informs their new friends that, “we don’t feel a thing.” Later, he repeats himself back at camp, near the Angolan border, where the troops patrol for landmines and “communist” insurgents: “I feel nothing,” he reminds himself, as soldiers shoot up morphine just out of sight.

This eradication of “feeling” is at the center of “Moffie,” a film about a brutal coming-of-age as a gay teenager during compulsory military service in the South African National Defense Force during apartheid, and the border war with Angola. Based on the book by Andre Carl van de Merwe, the film is directed and co-written by Oliver Hermanus, who adapted the screenplay with Jack Sidey, following the young Nicholas (Kai Luke Brummer) into what seems the depths of hell, if hell is a remote military training camp that operates like a frat house with guns. “Moffie” is a homophobic slur that the sergeants force the cadets to chant at two bloodied recruits who have been caught together, reinforcing the self-policing social order they bludgeon into their charges.

One of these young men later cautions Nicholas to make himself as invisible as possible, lest he be sent to Ward 22, or the “loony bin” as they call it. Nicholas imagines Ward 22 as a nightmarish place, where homosexuality is treated as equivalent to drug abuse and psychopathy. He wonders about his friend, Dylan (Ryan de Villiers), who mysteriously disappeared there, after the two boys stole a few moments of tenderness together.

Tenderness is nonexistent in this place, where their lean bodies are trained, punished, beaten, abused and otherwise destroyed, with the ostensible end goal of destroying other youthful bodies in a racist war fought in the name of protecting their country from the vague threat of communism. Sweaty flesh is abundant, but only to be punched, shot and slapped by their peers, their leaders and themselves. Corporeal pleasure (of any kind) is in short supply, though desire ripples through the ranks.

Hermanus brings poetry to this depiction of a harsh indoctrination into hate and terror. Jamie D. Ramsay’s cinematography is rich, textured and vivid, as a handheld camera pulls the viewer into this swirl of chaos. Braam du Toit’s music alternates between enhancing and juxtaposing the tension on screen. As Nicholas begins his journey, the train winding into the wilderness, strings build percussively, almost dissonant. Bloody scenes are often undercut with opera, or plaintive piano.

“Moffie” is a contained story that captures the two years of Nicholas’ life as he’s thrown into the world of men; struggling as he’s subsumed into these brainwashing systems of destructive masculinity and hazing that characterize these spaces. Hermanus resists over-explaining the political details and nuances of this conflict, instead focusing on the human element within this military apparatus. In doing so, he crafts an astonishingly sharp argument for demilitarization, as one can’t help but wonder just what all of this training is for.

The threat is so theoretical, the entire endeavor seems only a system built to dehumanize those caught in its deadly web. Nicholas fights mightily to escape, but it’s unclear what he has to sacrifice to survive.