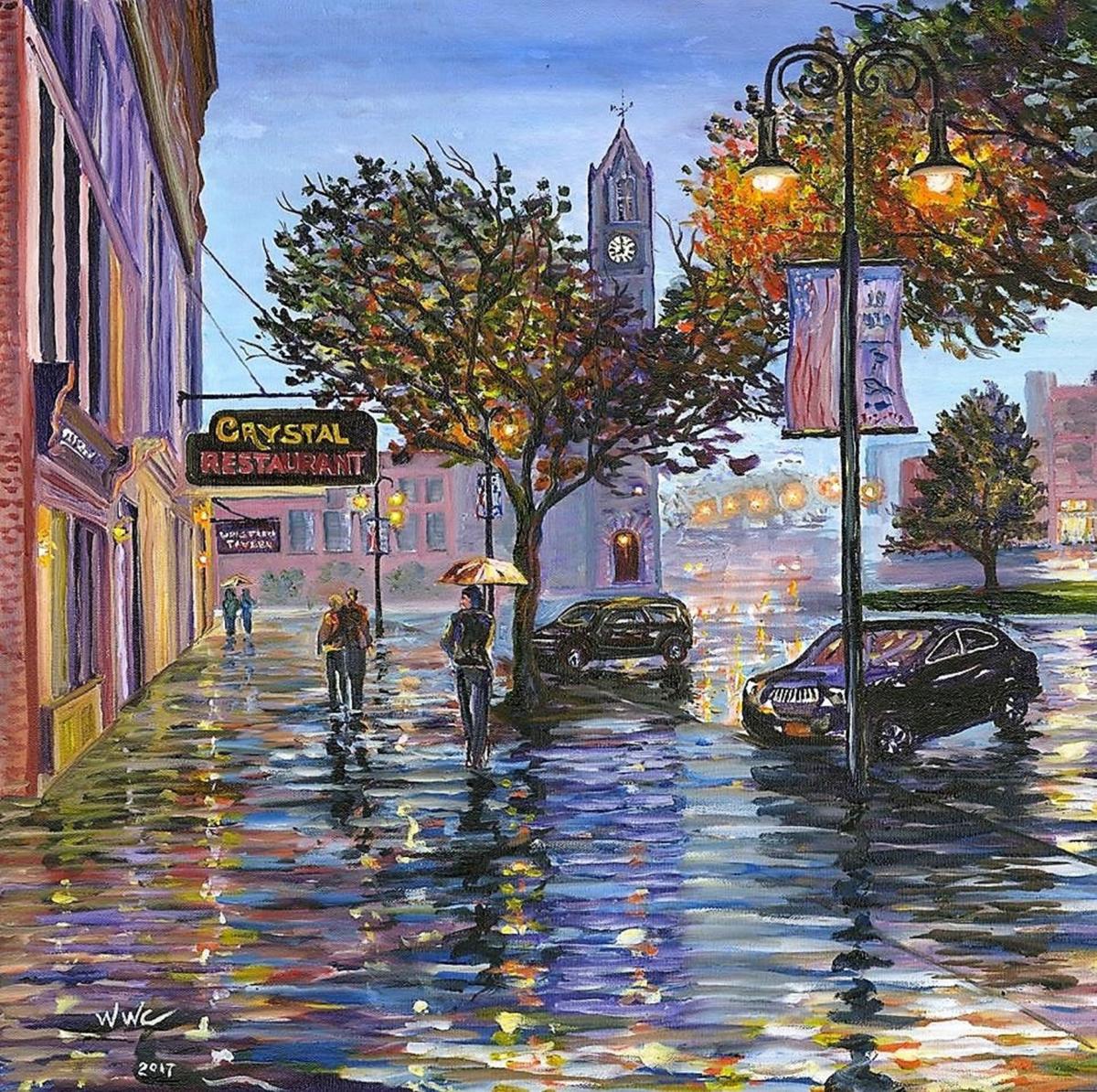 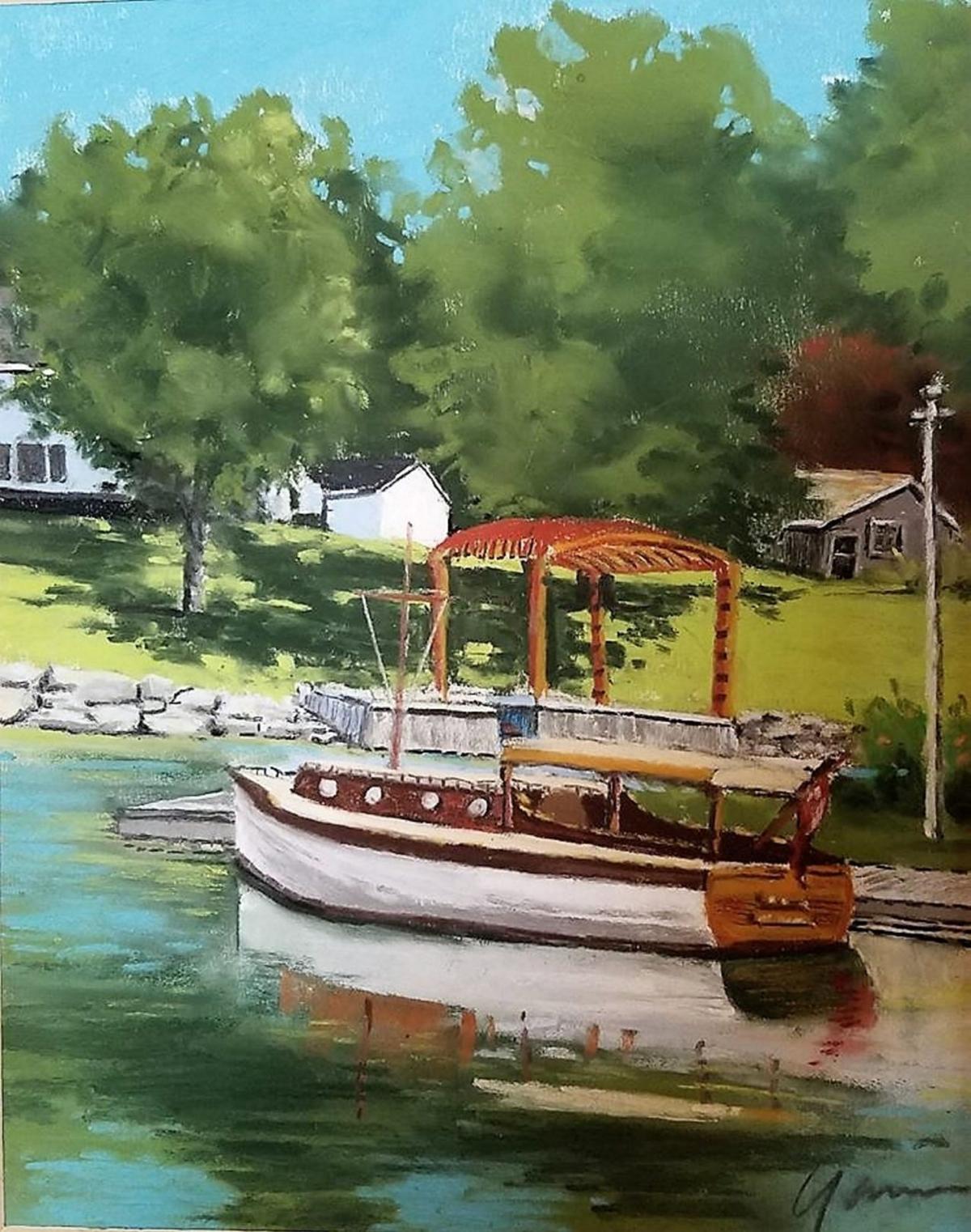 “Safe Harbor” an original pastel by Stephen Yaussi, was offered for auction at River Muse Art Gallery and Studio on Monday. Stephen Yaussi 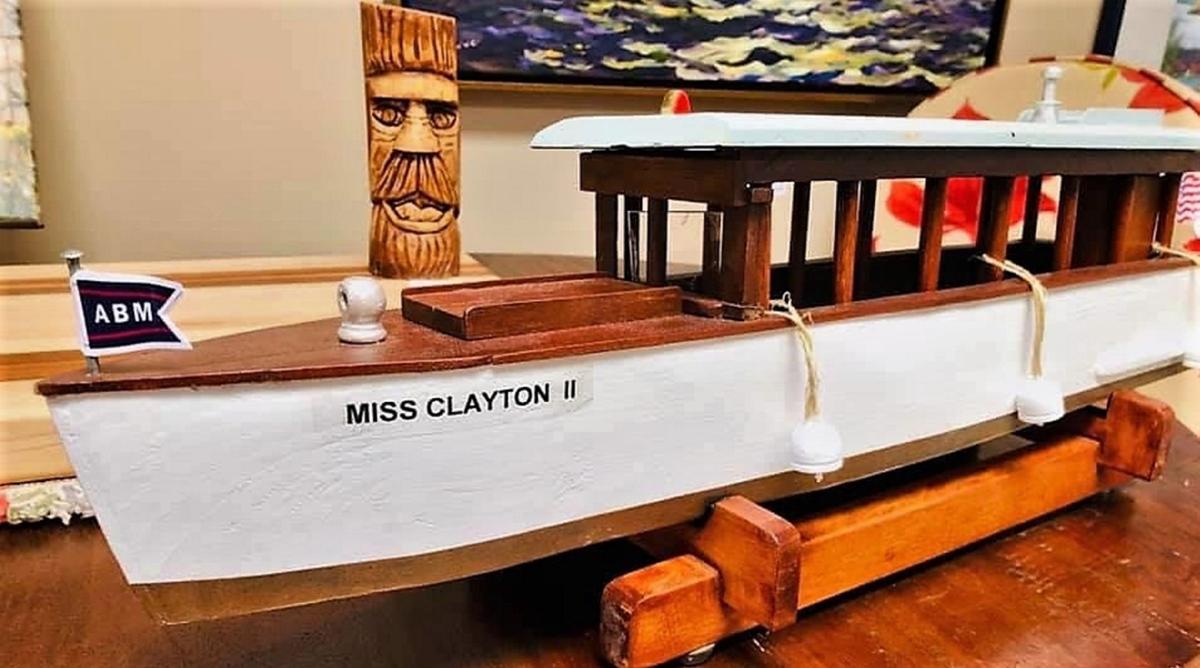 A hand-crafted replica of the classic tour boat “Miss Clayton II” by Steve Shay was offered for auction on May 15. River Muse 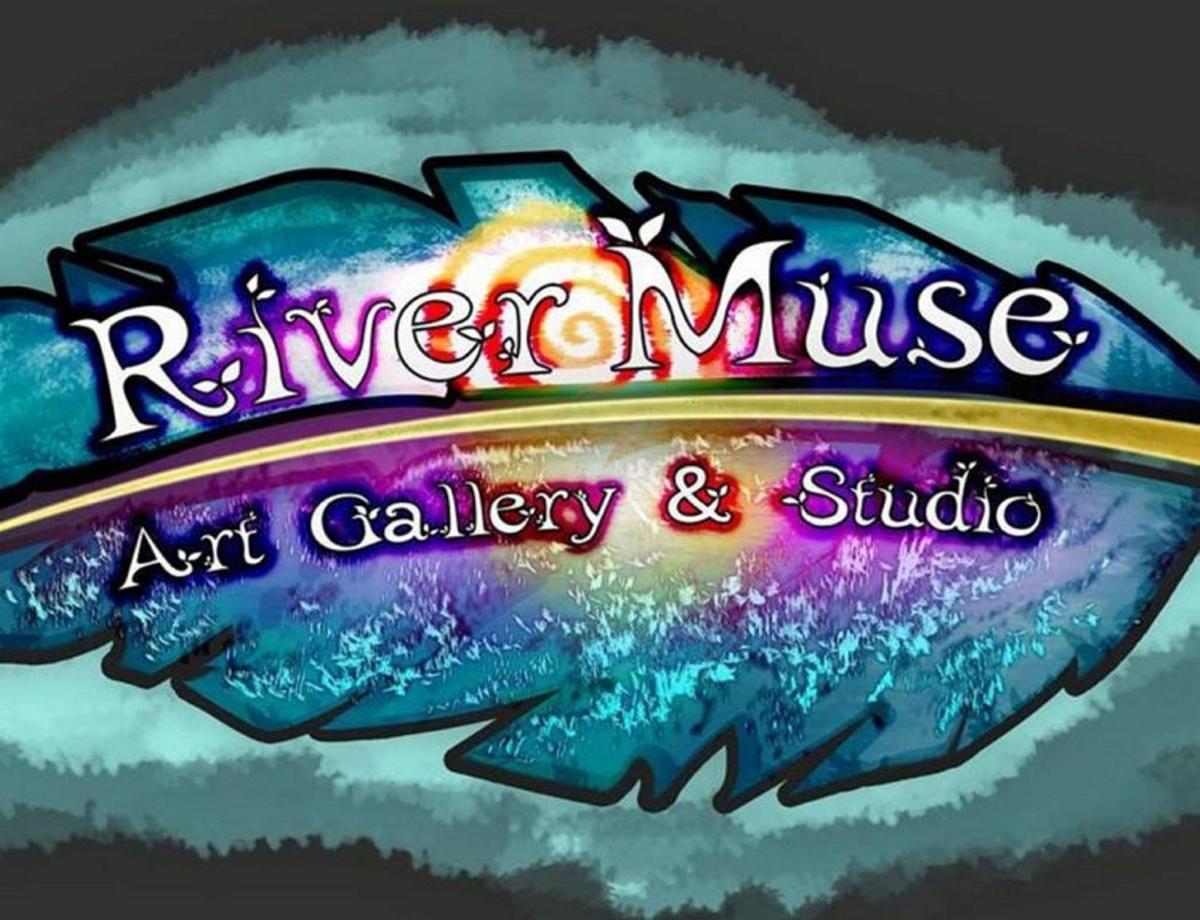 “Safe Harbor” an original pastel by Stephen Yaussi, was offered for auction at River Muse Art Gallery and Studio on Monday. Stephen Yaussi

A hand-crafted replica of the classic tour boat “Miss Clayton II” by Steve Shay was offered for auction on May 15. River Muse

CLAYTON — A private art gallery and studio here has launched an innovative program to get the works of its artists into the hands of patrons who can’t indulge to visit such shops because of restrictions during the coronavirus crisis.

“We were trying to figure out what approach to take to have an online presence,” said Watertown artist William Christopherson, who is also associated with River Muse Art Gallery and Studio, 229 John St. “Some businesses are way ahead of the game as far as having an online virtual gallery and shopping. But it’s a huge task to get all your inventory organized into some sort of online purchasing system.”

“We have 15 artists and artisans in our gallery,” Mr. Christopherson said. “We feature one of their works every day.”

The auctions are held on River Muse’s Facebook page. The auctions were originally four days a week.

“But I got so much interest in it that we just decided to keep dong one every single day,” Mr. Christopherson said. “We try to mix up our auction each day, either have a two-dimensional piece or a three-dimensional piece.”

“It’s up to the artist how they want to price-structure their items,” Mr. Christoperson said. “Normally, we’d like to start a minimum bid in the fifty to sixty dollar range. The artists are offered a chance to list a reserve price, which is the lowest amount they’re willing to let the art go for on a bid.”

The items up for auction don’t always sell. In the next few days, River Muse will have cycled through all their artists for the auctions, at which point a new rotation of their selected works will begin.

“This is a great way to get the word out on our gallery and our artists,” said Mr. Christopherson. “We don’t want to saturate and have more than one item per day. I think the more we put out there, the more deluded the interest would probably be.”

Last week, Mr. Christopherson sold a print of his painting “October Night” for $75. The 20-inch-by-20-inch artwork, signed and dated, was stretch-framed and wall ready.

“October Night” features a rainy night on Public Square in Watertown in the vicinity of The Crystal restaurant. Mr. Christopherson said the work was inspired by Russian-Israeli painter Leonid Afremov, who died last year.

“He does these rainy day, umbrella, vibrant color, nighttime scenes,” Mr. Christopherson said. “I just tried to employ that to downtown Watertown. I waited until it was a really rainy day and night in Watertown, went downtown and stood where I wanted to do that artwork, and in the pouring rain, took a series of photographs.”

River Muse is listed as a retailer, and falls under Phase 1 in the state’s re-opening plan during the coronavirus crisis. Winning bidders can pick up their art pieces, with curbside pickup, at River Muse, which is open 11 a.m. to 2 p.m. Fridays and Saturdays.

Customers can also have their items shipped to them for an additional fee.

Like many other retail outlets, stores and galleries that sell art have been affected by the pandemic. In November, Focal Point Custom Framing, 1033 Coffeen St., Watertown, created a gallery of the work of local artists. The gallery never hit its stride because of the pandemic, said Focal Point owner Tracy Spencer.

But the store’s website has links to the eight artists whose works are featured at Focal Point and people may call the store for purchase options. Curbside pickup is available for sold items. Ms. Spencer said she prefers not to do auctions and looks forward to when people can safely gather again.

“People are looking forward to getting out and socializing at some point,” she said.

“In the past two years, it’s become pretty popular,” Mr. Christopherson said. “We’ve got artists looking for hotel rooms and accommodations. One is coming from New Jersey, another from California. It’s turning into a really worthwhile event to get artists into the Thousand islands.”

The judge for this year’s competition will be Kirk Larsen of Long Island. He has gained international recognition as one the premier artists painting in major plein air competitions.

“It’s an outdoor event that we feel it’s a lot safer to run,” Mr. Christopherson said. “Plein air artists pretty much work on their own. For visitors who want to watch them paint and maintain social distancing, I think it will work out pretty well.’’