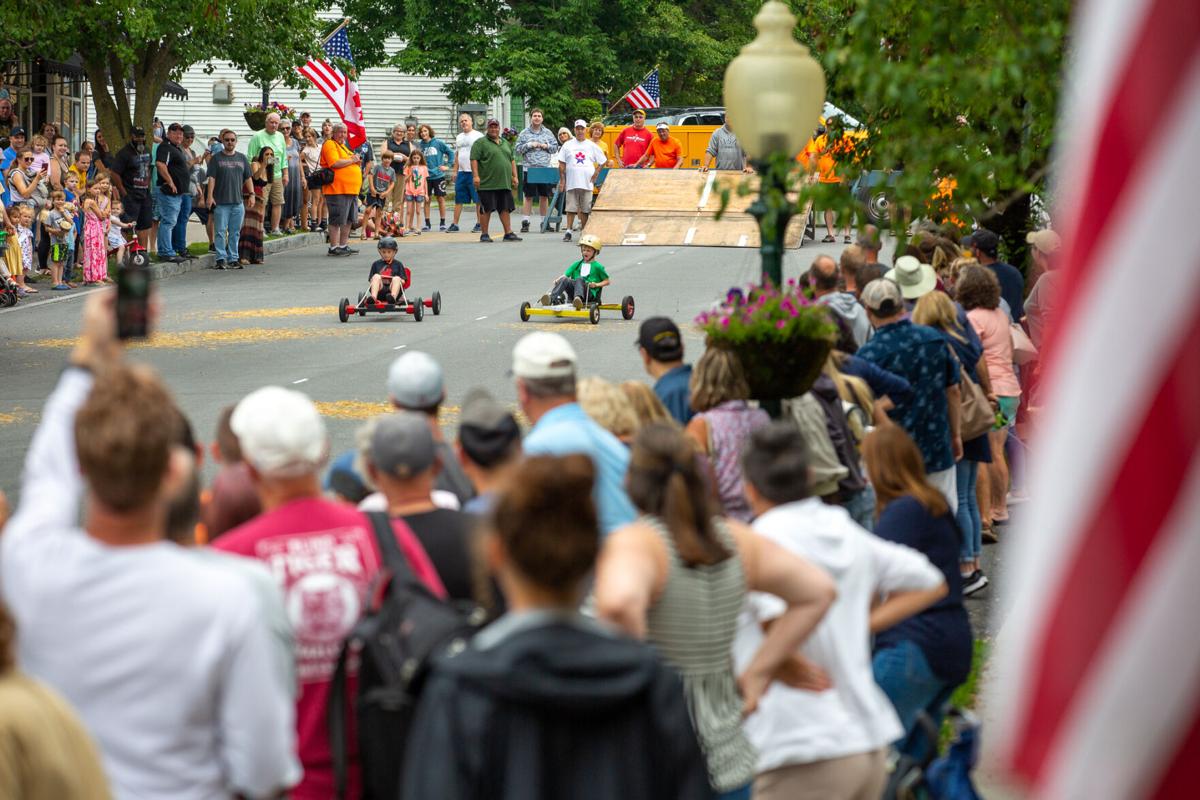 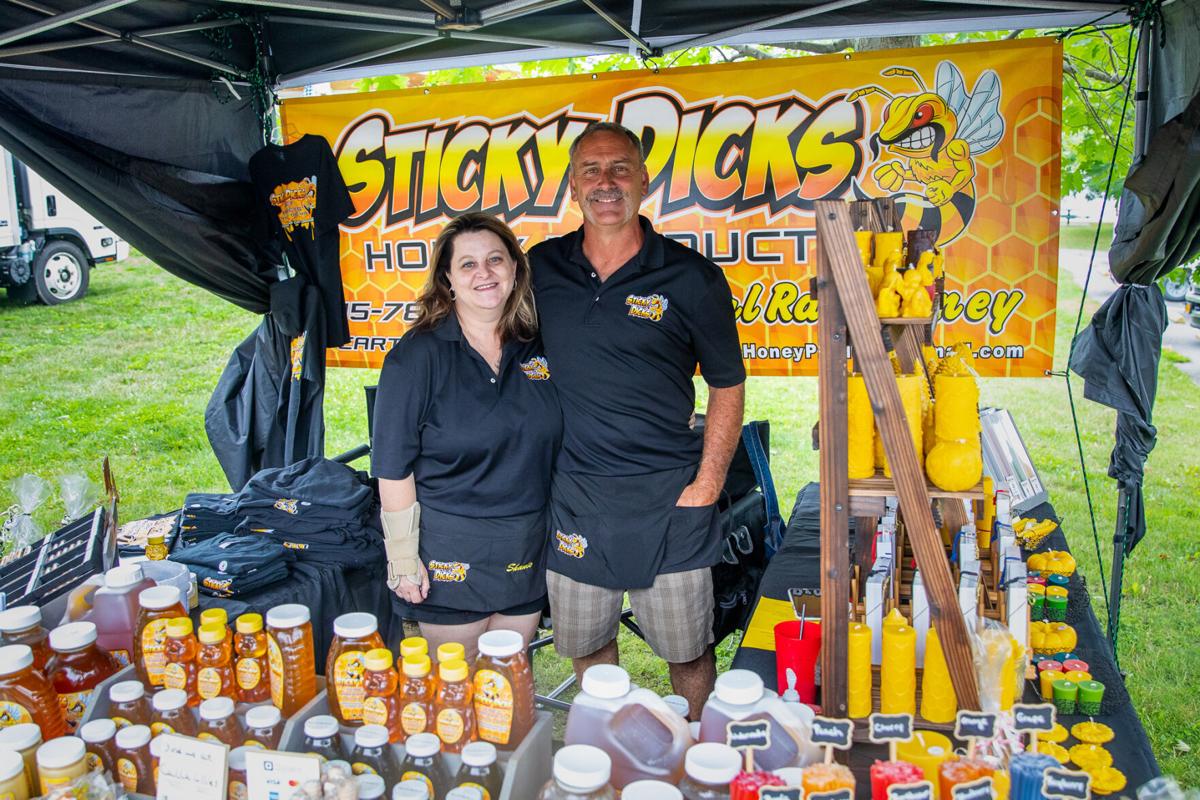 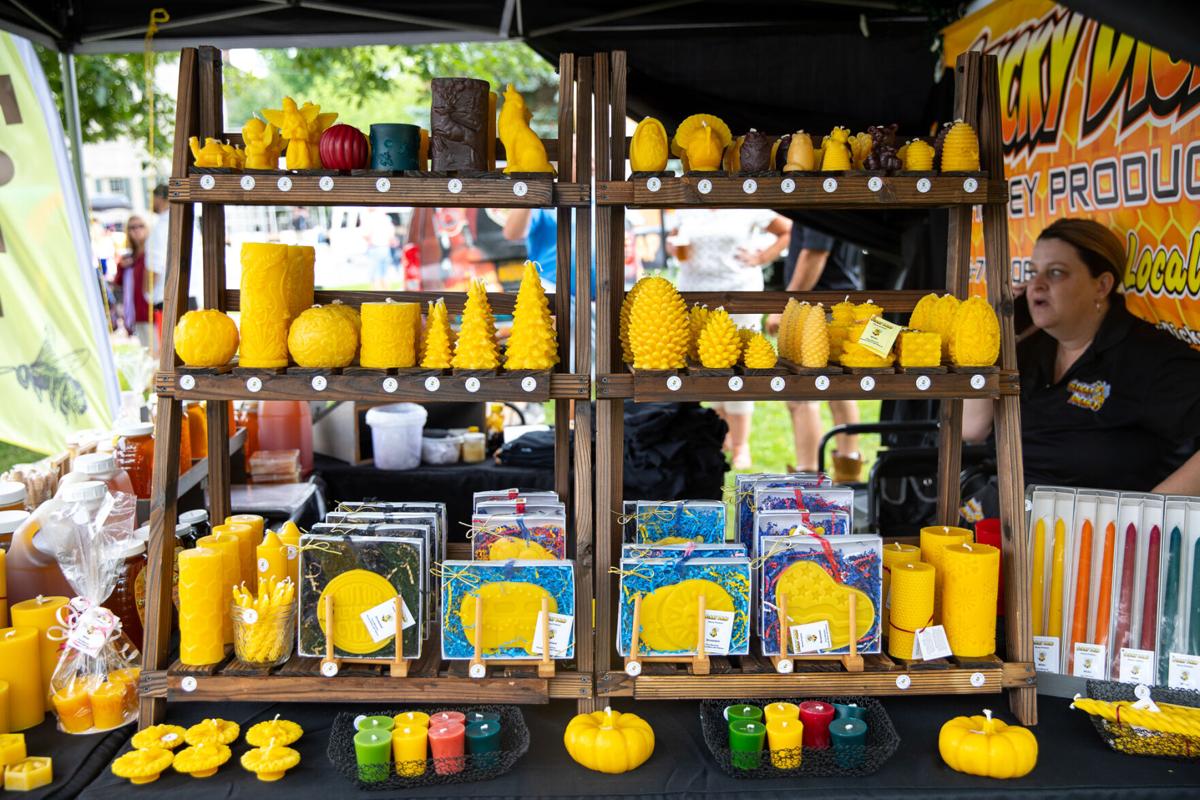 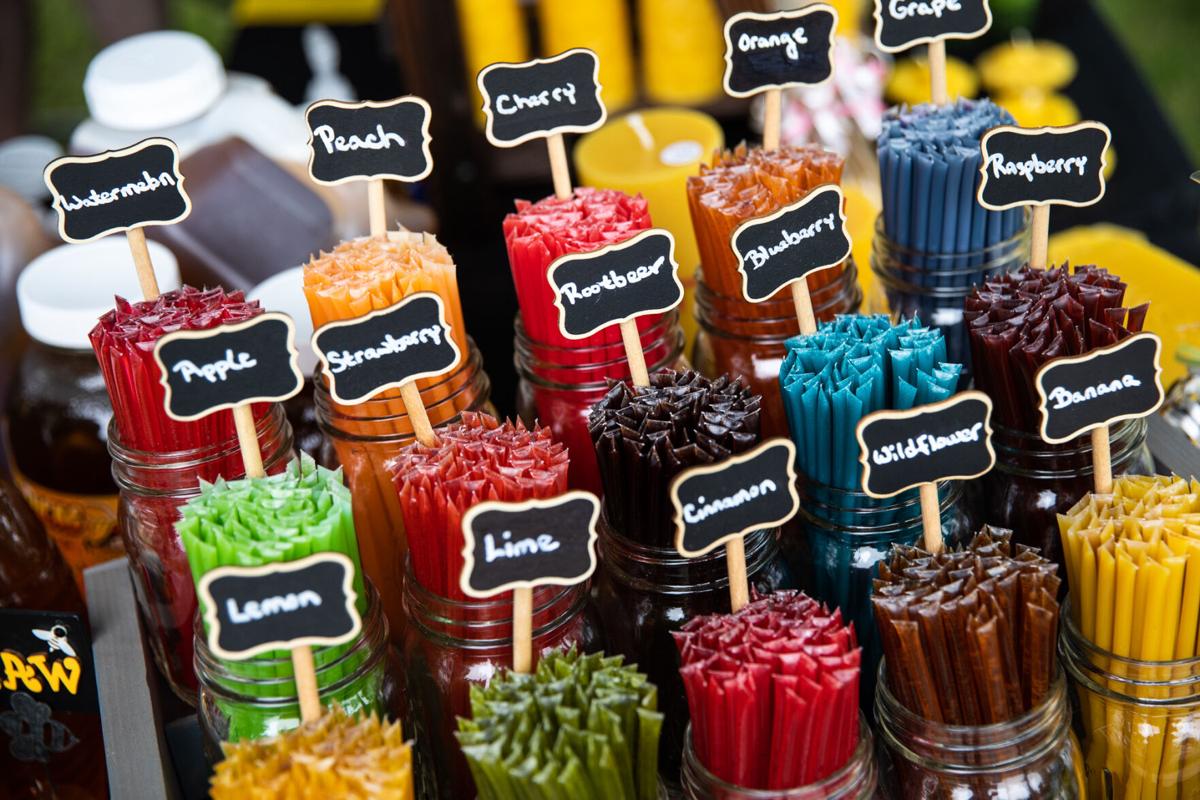 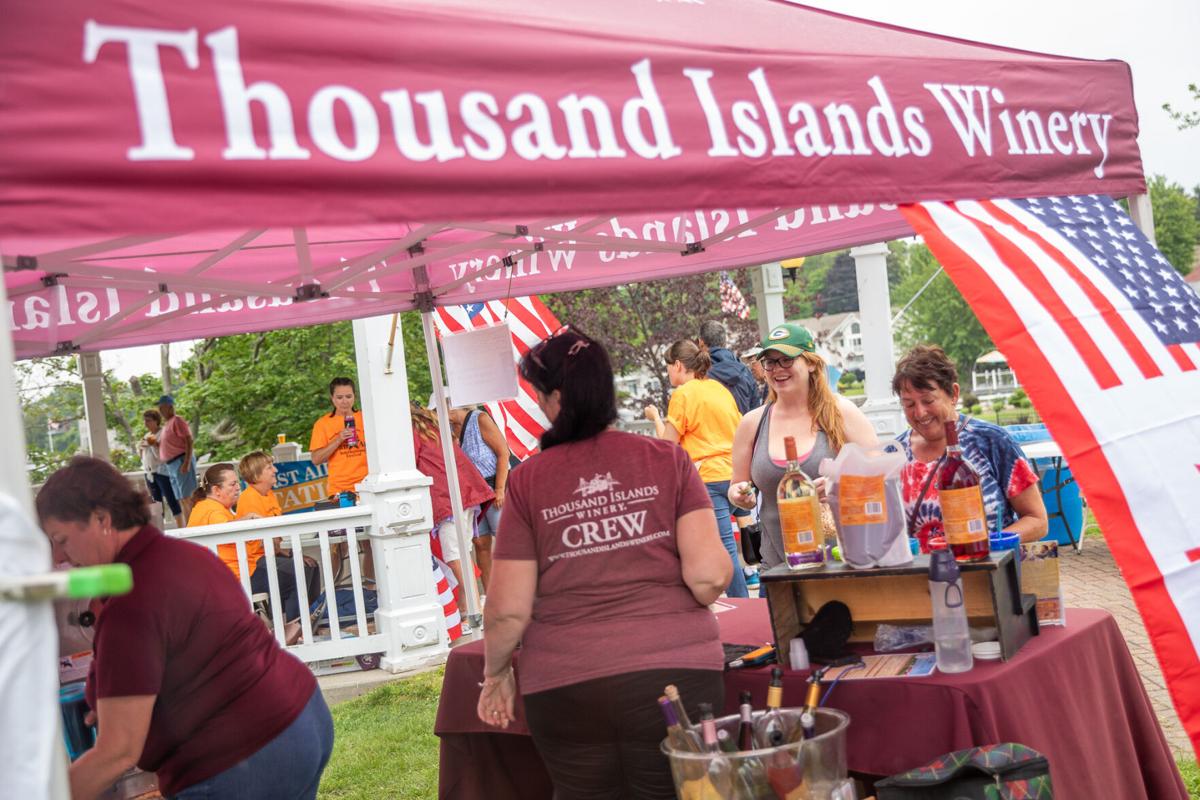 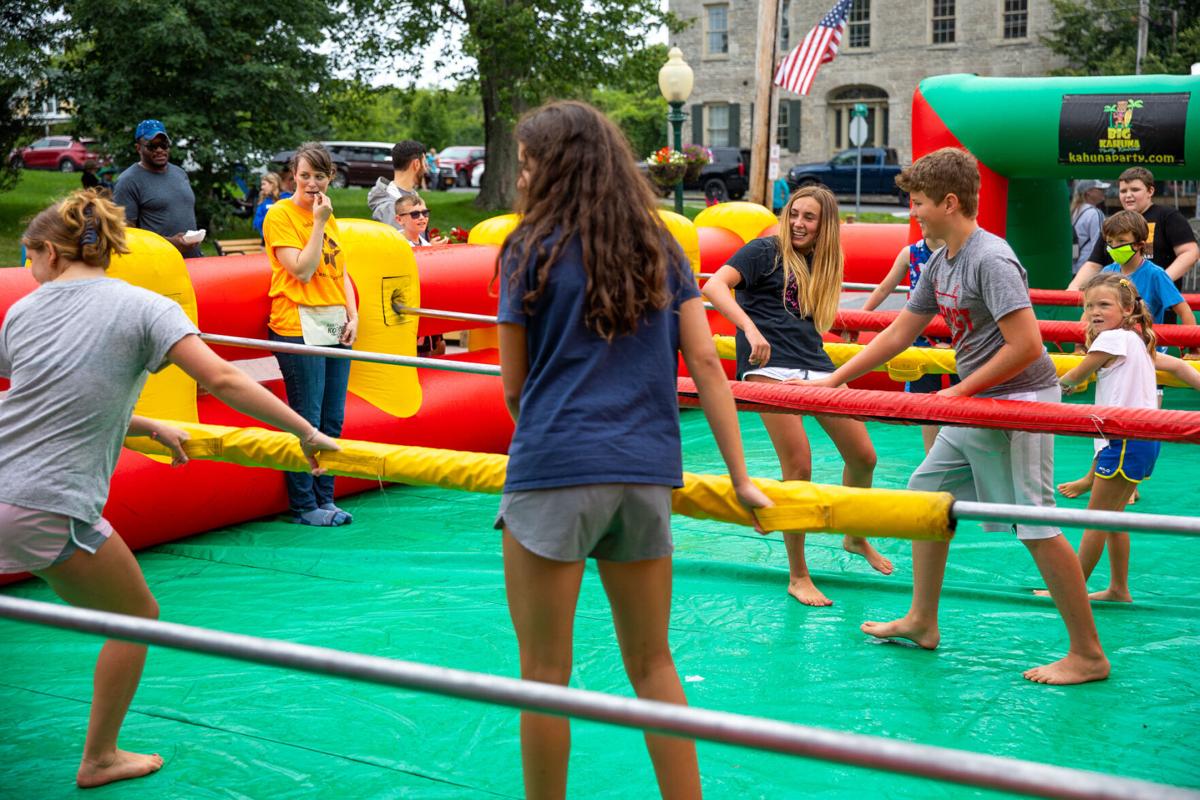 SACKETS HARBOR — Sticky Dicks made its first appearance at the Can-Am Festival this year.

It was the 49th Can-Am Festival on Saturday, where a light drizzle drove some vendors away but for the most part the event raged on. Wineries, a brewing company, food trucks and roughly 25 vendors kept working through the day.

That includes Sticky Dicks, a honey business based in Carthage and owned by Mark Strife, who makes the product in his backyard beekeeping operation. It’s only been running for five years, but he said he’s been overwhelmed with requests to appear at events or gatherings.

He said many people are buying his honey to substitute for sugar as they add it to bread, bagels, fruit ice cream and — above all — coffee.

His product is in 15 stores so far, and he said they haven’t even started a website because they’re worried it would overwhelm them with business entirely. After all, he is a retired corrections officer who still works in construction.

The name Sticky Dicks is a result of them wanting something that’s right on the line of naughty and nice.

“You’ve got dirty hot sauces, mustards, barbecue bottles, and now somebody said we took the bee world into the 20th century and put a twist on it,” he said.

Above all he’s in the business to do his part in preserving the bee population.

He sees state and federal government providing relief to business owners, and he said he wishes there would be more for beekeepers, who weren’t immune to hardships during the pandemic.

“We’re taking a pounding and we’re serving a cause,” he said. “Come on.”

One of the top event organizers of Can-Am, Cheryl Payne, chair of the event’s roughly 10-person committee, said they’re thrilled to be back this year.

They had vintage baseball being played, human foosball, kids crashing into each other in box-car races and bands playing at the grand stage.

It costs between $25,000 and $28,000 to put the event on, and it’s paid for through donations from sponsors, vendor fees and a bed tax in the town of Hounsfield.

Next year for the 50th, the border will hopefully be open and the budget might go up as they go big.

“The 50th is going to be huge,” she said. “But really we’re thrilled to be back this year and I’m happy with how it’s going.”