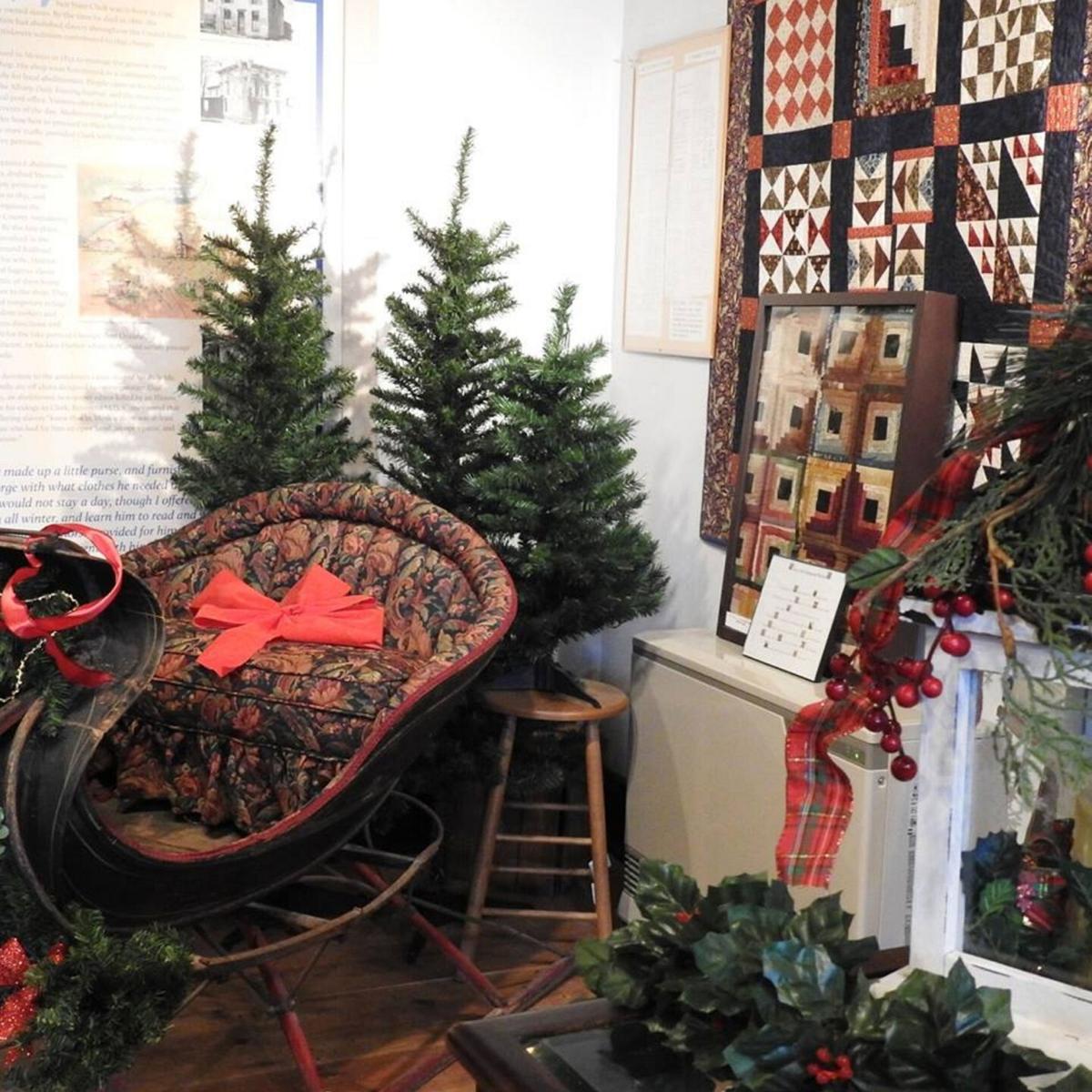 At last year’s Christmas in Mexico a vintage sleigh was on display at the Starr Clark Tin Shop and Underground Railroad Museum. 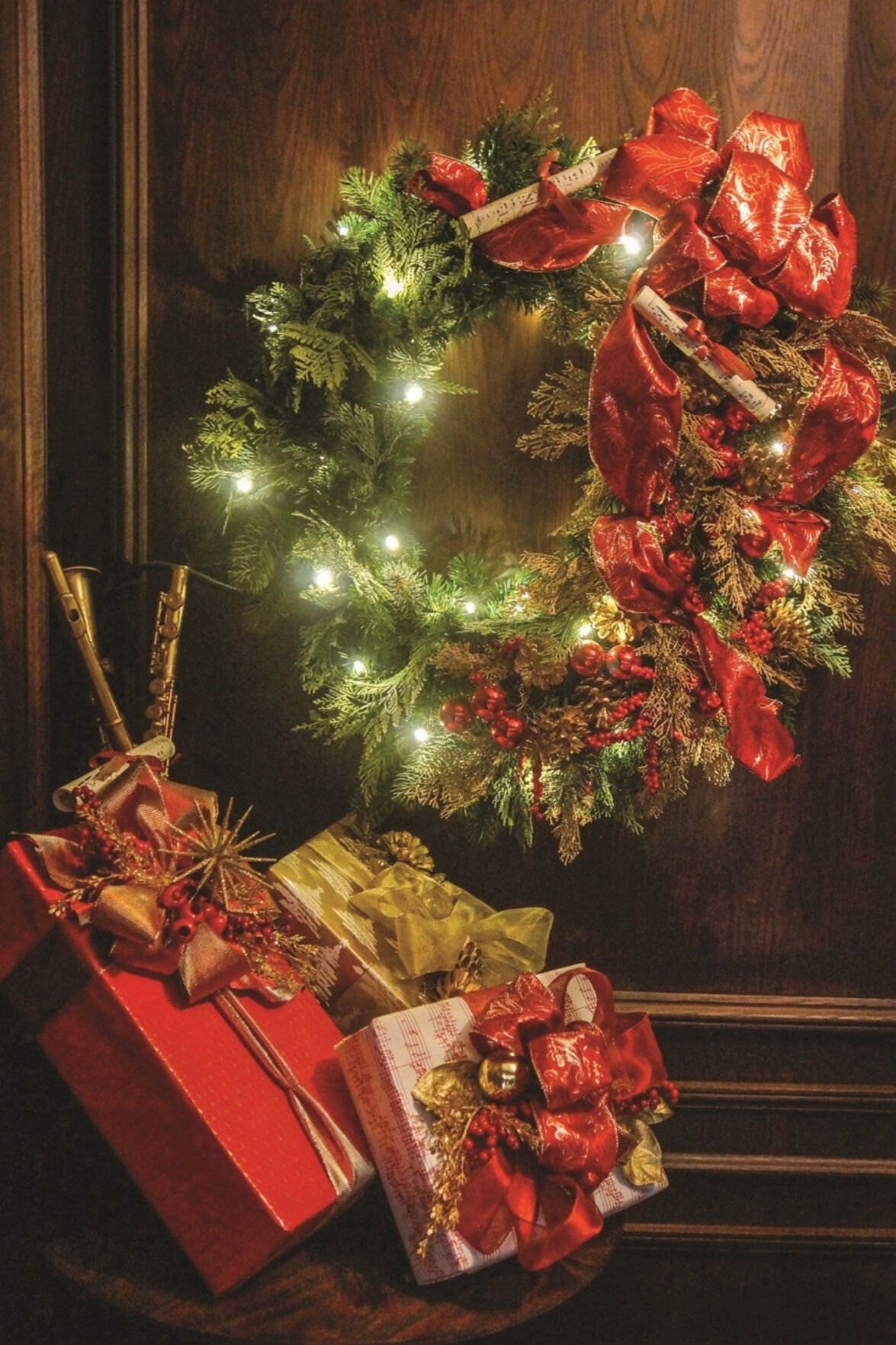 At last year’s Christmas in Mexico a vintage sleigh was on display at the Starr Clark Tin Shop and Underground Railroad Museum.

MEXICO — The ho, ho, ho in Mexico may not be as cheery as usual this COVID year, but Christmas in Mexico will go on in a slimmed-down version nevertheless.

Ann Meyer, co-chair of Christmas in Mexico along with Dennis Hemingway, both board members of the Mexico Chamber of Commerce, said the Chamber decided this year to discourage large gatherings in light of COVID.

“It was hard to make the decision,” she said, “but we think we made the right one.”

There will, though, be a few fun events. The first event includes prizes. It’s a residential and business decorating contest. Open to the entire school district, residential and business outdoor decorations will be voted on in separate contests held over Facebook. Contestants will submit a photo of their home or business to the Christmas in Mexico Facebook page. The winner will be decided by Facebook likes. The photo receiving the most likes wins the contest. There will be cash prizes for first, second, and third place.

The photo entries must be posted to Facebook by Nov. 30, Meyer said. The public voting will close at 3 p.m. on Dec. 4. The photos will be posted as comments to the Chamber’s Facebook post.

The Facebook page for this contest is: ChristmasInMexico, NY.

Secondly, there will be an online auction of local vendors goods.

Each vendor will contribute an item to be auctioned off online on Facebook. The last posted bid for that vendor session will win that auction. It’s a time-limited auction. The auction starts Nov. 27 and runs through Dec. 4 at midnight. All winners will be posted on Dec. 5, which would normally have been Christmas in Mexico day. People will be able to pay for their winning bid online using PayPal or they can pay in cash or by check when they pick the item up. Most of the items will be dropped off and picked up at Stefano’s Pizzeria on Main Street.

Meyer said they’ve never done this online before. The vendors normally have a space at the elementary school where they sell their goods that day. All of the money taken in from the auction will be divided evenly between two not-for-profit organizations: Operation Reindeer, which provides gifts for families in need, run by the Presbyterian Church in Mexico, and the Mexico Public Library, which will use the money for books and free children’s programs. Normally the children receive between five and 10 gifts from Operation Reindeer, Meyer said.

Meyer is hoping for 30 to 40 vendors to participate in the online auction. She said almost anything could be auctioned off. Even pizza.

In the past, the money this year’s auction will raise for charity was raised from Sunday’s 5K Fun Run. This year there will not be a run.

The third event this year will be a virtual tree lighting held as usual at the Cooperative Extension on Main Street next to the fire hall. The tree is always a local tree, but not always from the same tree farm each year, according to Meyer.

The lighting will be recorded and then posted to Facebook on the Mexico Chamber of Commerce page.

“We’ve invited Santa and Mrs. Claus to join us if they can,” Meyer said.

Although Santa and Mrs. Claus are often quite busy around that time, “they normally have us penciled in for that night, or for right around there,” Meyer said. “So, we’re hoping.”

Christmas in Mexico has been going on for 16 years, this will be the 17th, through the Chamber of Commerce. Before that, Meyer said, a couple churches started it.

In normal times, people are walking through downtown and into the stores during Christmas in Mexico. Most of the businesses are open and have specials throughout the day. Last year, Meyer said, the school bus drivers brought in a Stuff-A-Bus program, stuffed with a lot of clothing and things that were needed in the school district. That won’t be happening this year either. Normally, a trolley went through town that you could ride. There was a horse and carriage that you could ride around the block. There was a lighted parade at 5 p.m., followed by Santa and Mrs. Claus at the fire hall where cheerleaders put out snacks for the kids. That was all on Saturday. Then Sunday was the Fun Run. None of that will be happening this year.

“We hope that it is successful,” she said. “And we’re all hoping for next year to be a little more laid back and enjoyable than it’s going to be this year.

“We’re not going to do a whole lot of advertising,” she said, “just because we’re trying not to draw crowds. We don’t want to be a crowd-gathering event.”