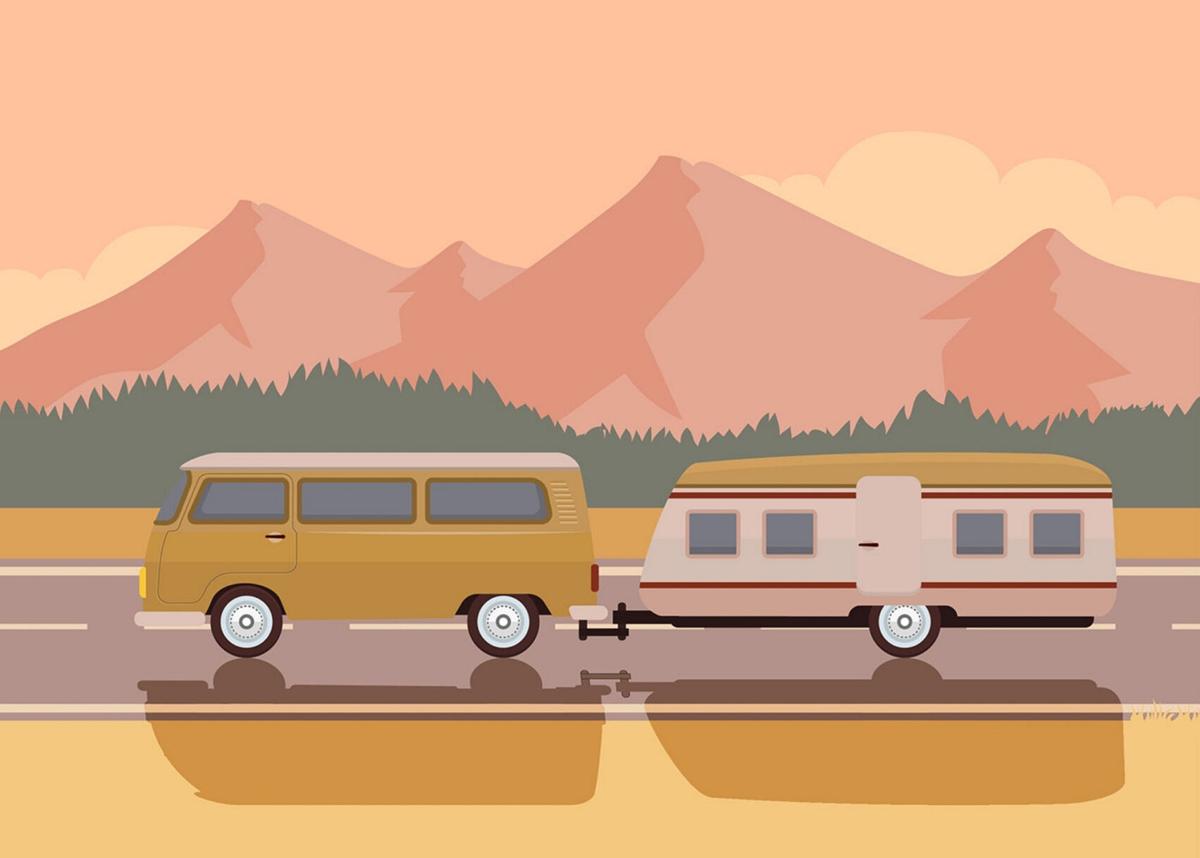 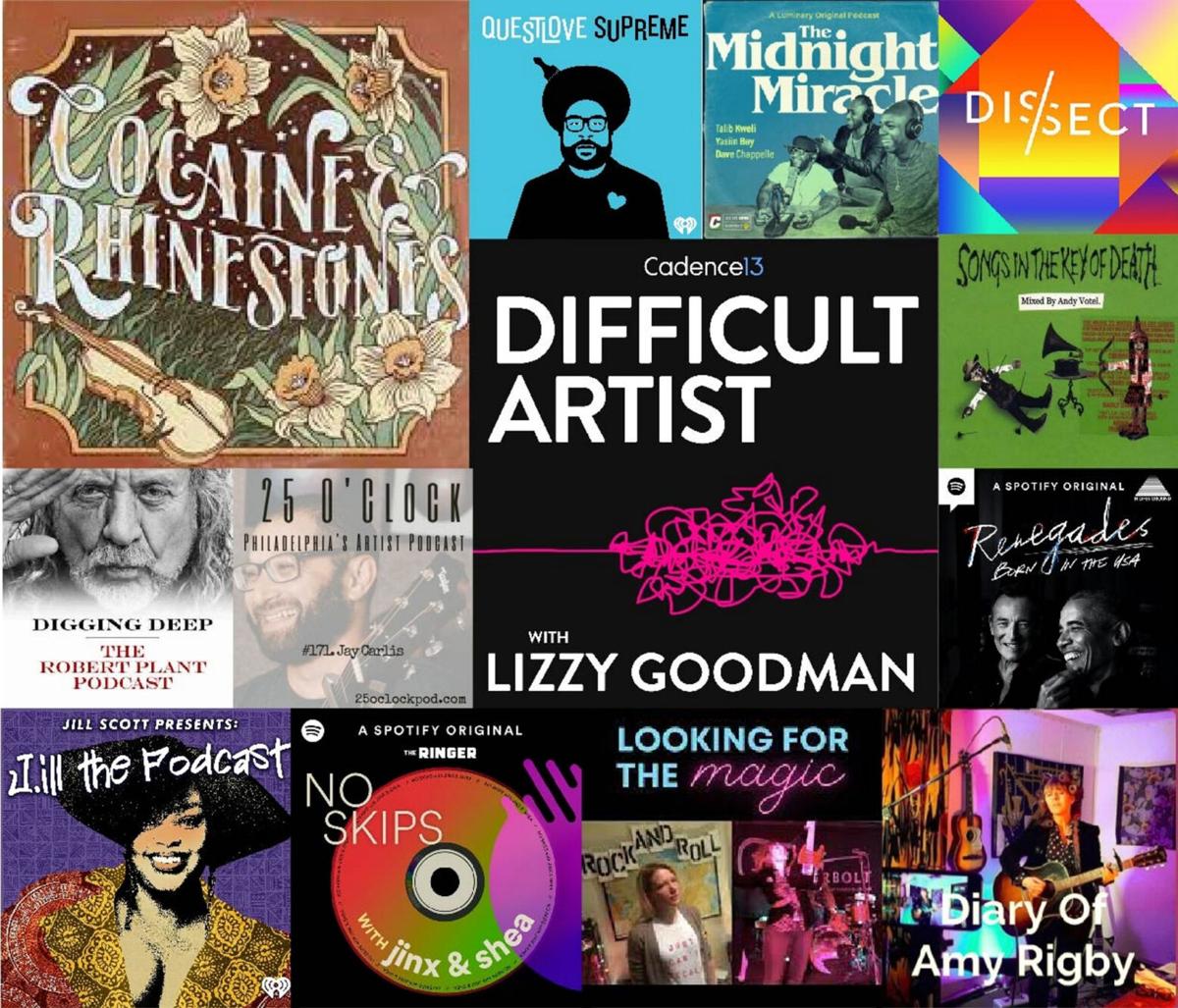 Streaming services put all the world’s music at your fingertips, but serious fans crave more than that.

They need artist interviews, granular looks back at classics, and grand narratives laced with surprise. Great music podcasts cover all those bases.

All these podcasts are easily searchable and widely available, unless otherwise noted.

The greatness of this country music podcast from Tyler Mahan Coe, now in the middle of its second season, can be measured by its introductions and digressions. The opening episode takes its time getting around to George Jones, the hero of the season, starting with a fascinating interlude about the secret history of pinball and its role in music. The second show, about producer Owen Bradley, begins with Little Richard’s “Tutti Frutti,” and teaches you more than you thought you needed to know about the history of refrigeration.

Coe is the son of Outlaw Country singer David Allan Coe. “I’ve heard these stories all my life. As far as I can tell, here’s the truth about this one” is his trademark opening. Coe’s delivery takes some getting used to, but the two-hour episodes are full of cogent analysis and entertaining detail. Sirius XM host Elizabeth Cook calls it “the ‘War and Peace’ of country music podcasts.”

Besides being a drummer, author, and now movie director (of the documentary “Summer of Soul,” premiering July 2 on Hulu), the Roots’ Ahmir Thompson also, of course, has a podcast — working with producer Layla St. Clair and co-hosts including Phonte Coleman.

Questlove calls it “the Black nerd version of NPR.” Last month’s guests on the weekly show have included The Jacksons, actress Tracee Ellis Ross and sample-mad Australian band The Avalanches, whose 2001 debut “Since I Left You” Questlove puts on his all-time top-10 list. The show also regularly reups “QLS” classic episodes, including a two-parter with Prince guitarist Jesse Johnson and an interview with political commentator Angela Rye.

Dave Chappelle is joined by Talib Kweli and Yasiin Bey on this conversational podcast recorded last summer in the midst of Chappelle’s Summer Camp run of outdoor shows in Ohio. Philly music alert: The first episode came together just as the trio learned of the death of Malik B., the rapper who split front-man duties with Black Thought in the early days of the Roots. Bey delivers a Malik B. appreciation and raps thrillingly over The Roots “100% Dundee.” This first episode is widely available, but next three are only for subscribers to the Luminary app.

Each season of Cole Cuchna’s podcast fastidiously breaks down one album, with an emphasis on hip-hop and R&B. He began with Kendrick Lamar’s “To Pimp a Butterfly” and has devoted subsequent series to Beyonce, Frank Ocean, Childish Gambino and Tyler, the Creator. Cuchna previously zeroed in on Kanye West’s 2010 “My Beautiful Dark Twisted Fantasy,” and the current eighth season examines West’s 2013 confrontational tour de force “Yeezus.” The stellar season closed out Monday with Yeezus’ final song, “Bound 2.” Previous seasons are widely available, but this one is only on Spotify.

“How do brilliant, creative minds do what they do?” Author and University of Pennsylvania grad Lizzy Goodman aims to answer that question on this new podcast. She’s best known for her oral history “Meet Me in the Bathroom,” about the New York rock scene in the ‘00s, but “Difficult Artist” goes beyond music. The first is with Maggie Rogers, and subsequent ones are shows with Trent Reznor, Liz Phair, visual artist Shantell Martin and comedian Whitney Cummings.

“Songs in the Key of Death”

Hosted by Courtney E. Smith, this is a true-crime and music podcast about murder ballads, the traditional folk and country songs that often romanticize cold-blooded killers. The first episode, which debuts June 16, concerns “Delia’s Gone,” which helped revive Johnny Cash’s career on his 1994 “American Recordings.” Smith goes back to 1900 to bring to life Delia Green, the Black teenager who was the original inspiration for the song. Sadie Dupuis, the Philadelphia songwriter who records as Sad13, sings a new version, in which Delia’s death is avenged. Dupuis and Bonnie Prince Billy will take turns recording new versions in subsequent episodes.

The Led Zeppelin Golden God teams with journalist Matt Everitt to trace the roots and branches of one song per episode from Plant’s career. It’s back for season four after a pandemic break, and the subject of the first installment is “Bluebirds Over the Mountain,” a song originally cut by Ersel Hickey in 1958 that was later recorded by Ritchie Valens, the Beach Boys and the charming, erudite Plant himself, in a 2017 duet with Chrissie Hynde.

“Renegades: Born in the USA”

Barack Obama and Bruce Springsteen’s Spotify podcast — just two super famous guys sitting around talking about masculinity, music and a divided nation — was released to much ballyhoo in February. They’re cautious men, so don’t expect revelations, but they’re also expert conversationalists and enjoyable company. For more fun, check out Springsteen’s excellent “From My Home to Yours” show on Sirius XM.

“No Skips with Jinx and Shea”

“Diary of Amy Rigby” and “Looking for The Magic”

Indie songwriter Rigby is a gifted storyteller, stretching from her 1996 solo debut “Diary of a Mod Housewife” to her superb 2019 memoir “Girl to City.” This podcast version of her compelling blog won’t take up your whole day. It delivers moving, ruminative aural essays seven to 10 minutes long. On “Looking for the Magic,” she teams with Elizabeth Nelson, the singer-songwriter with Washington rock band The Paranoid Style — who’s also a top-notch rock critic with a whip-smart Twitter feed.