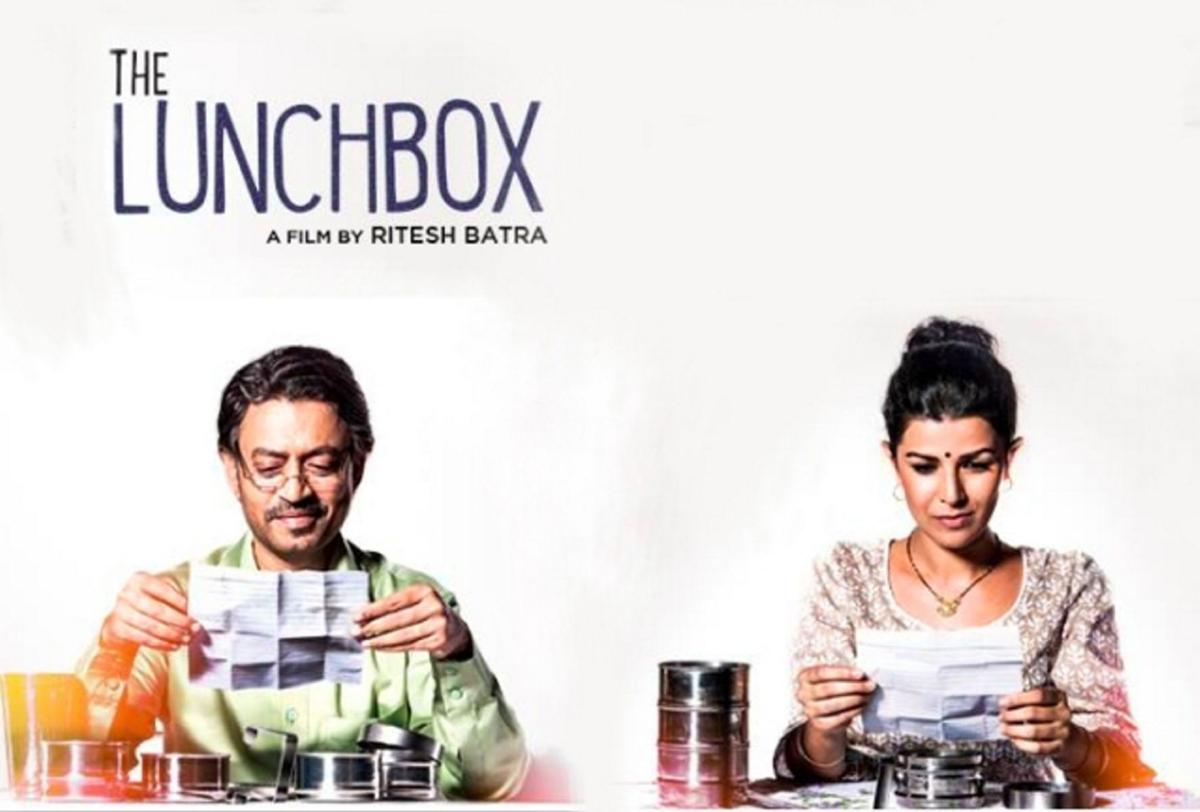 “The Lunchbox” will kick off the Carmen D’Avino Second Saturday Cinema Series on Jan. 11. / Dharma Productions 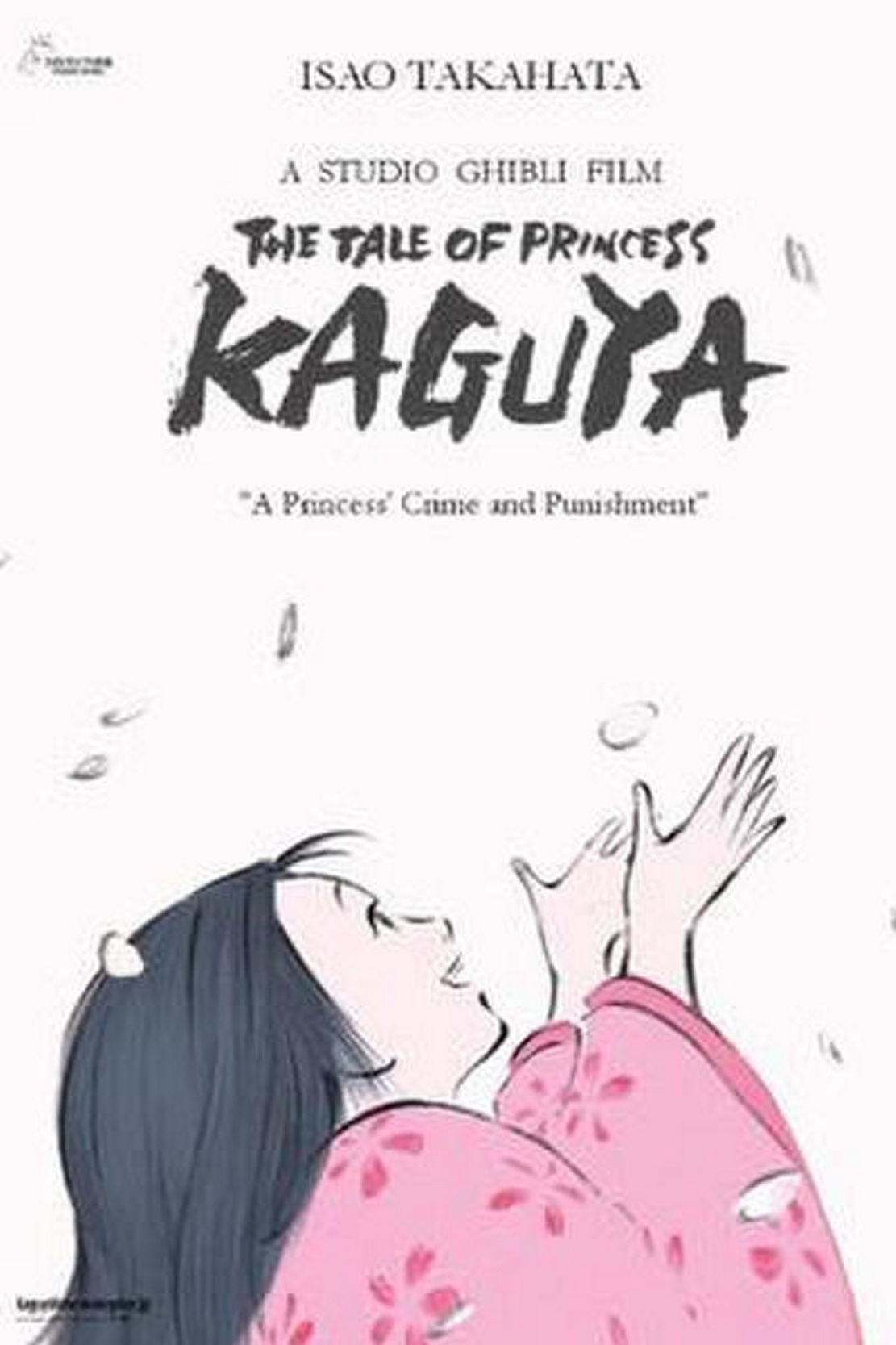 “The Tale of the Princess Kaguya” will be shown Feb. 8 as part of the Depauville Free Library film series. / Studio Ghibli 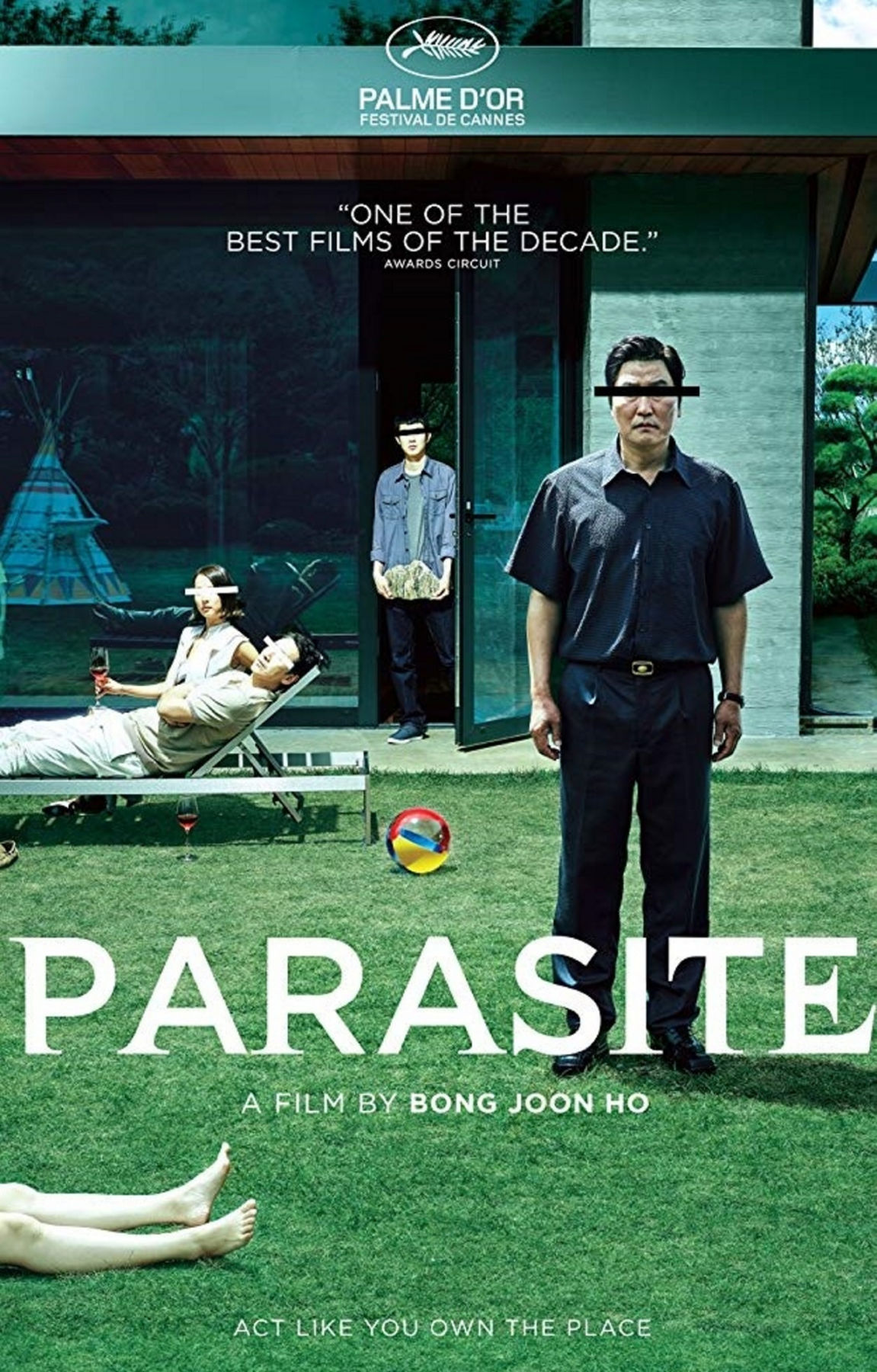 The black comedy “Parasite” will be shown June 13 as part of the series. / Barunson E&A Corp 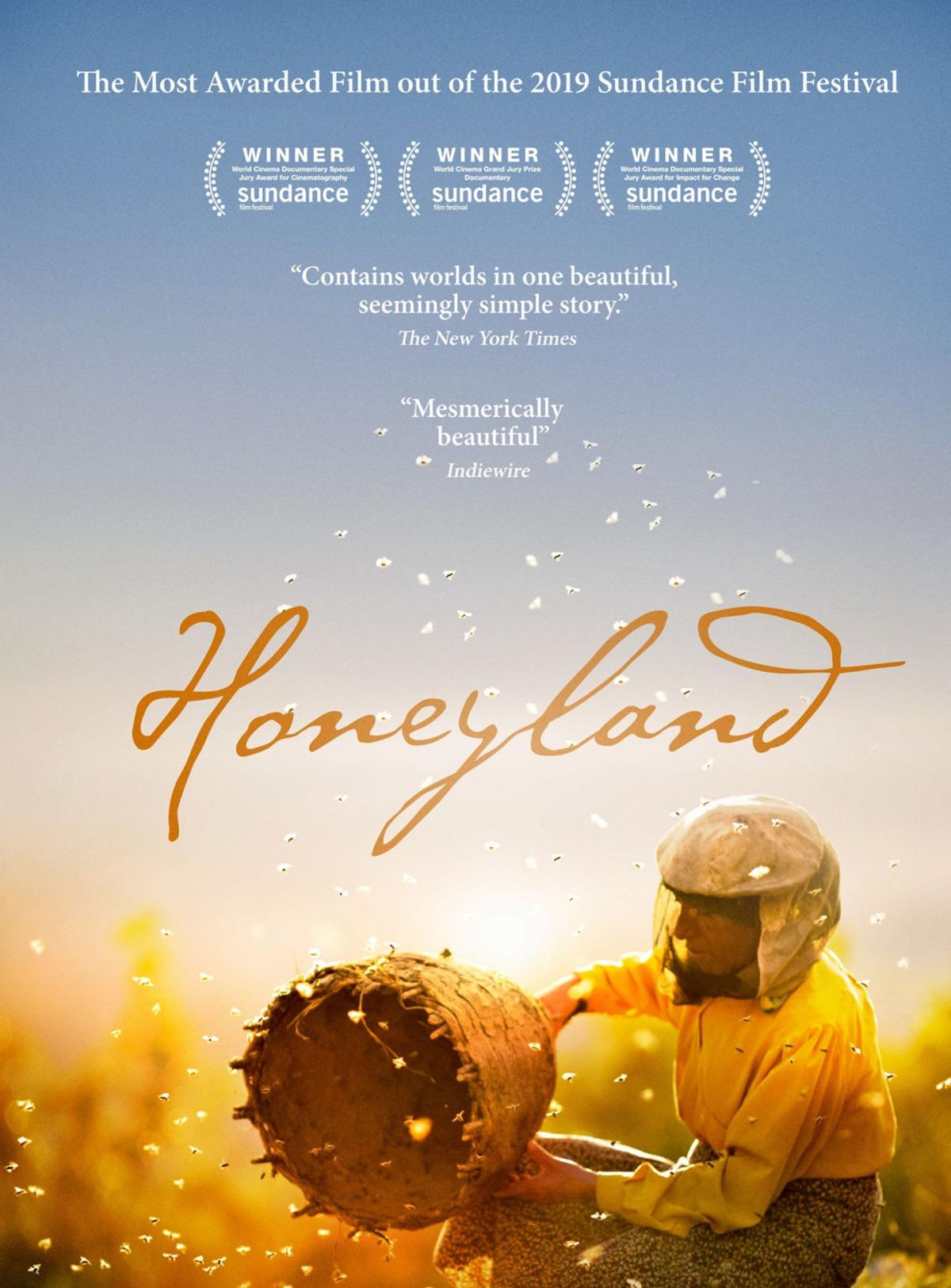 “The Lunchbox” will kick off the Carmen D’Avino Second Saturday Cinema Series on Jan. 11. / Dharma Productions

“The Tale of the Princess Kaguya” will be shown Feb. 8 as part of the Depauville Free Library film series. / Studio Ghibli

The black comedy “Parasite” will be shown June 13 as part of the series. / Barunson E&A Corp

DEPAUVILLE — The 2020 season of the Carmen D’Avino Second Saturday Cinema Series kicks off at 4 p.m. Jan. 11 at Depauville Free Library.

On the second Saturday of each month, excluding July and September, the Community Room at the library, 32333 County Route 179, becomes a movie house with its 72-inch television and enhanced audio.

The films are free.

n January’s film, “The Lunchbox,” is a 2013 Indian epistolary romantic film written and directed by Ritesh Batra. The main characters, a neglected housewife, Ila, and a widowed office worker nearing retirement, Mr. Fernandes, communicate through handwritten letters and home-cooked meals. Ila launders her husband’s shirts by hand and cooks lunches that are supposed to be delivered to him, via bicycle, rail and the shoulders of white-jacketed couriers (called dabbawallas), through Mumbai’s elaborate and storied meal-delivery system.

The film follows the quiet lives of disconnected people reaching across urban noise for someone who would listen. Rated PG.

n “The Tale of the Princess Kaguya,” a masterpiece of animation, will be shown at 4 p.m. Feb. 8. Legendary Studio Ghibli cofounder Isao Takahata revisits Japan’s most famous folktale, “The Tale of the Bamboo Cutter,” in this gorgeous, hand-drawn tour de force, decades in the making. Found inside a shining stalk of bamboo by an old bamboo cutter and his wife, a tiny girl grows rapidly into an exquisite young lady. The mysterious young princess enthralls all who encounter her — but ultimately she must confront her fate. Rated PG.

n “Nuts!,” a 2016 animation/documentary by filmmaker Penny Lane, will be shown at 4 p.m. March 14. It’s a “mostly true” story of John Romulus Brinkley, a small-town Kansas doctor who discovers in 1917 that he can allegedly cure impotence by transplanting goat testicles into men. Mr. Brinkley amassed a fortune, was almost elected governor of Kansas, invented junk mail and the infomercial and built the world’s most powerful radio station. The film is not rated.

n Writer-director Ham Tran’s 2006 independent film, “Journey from the Fall,” tells the story of a South Vietnamese family’s struggle for survival in the aftermath of the Fall of Saigon on April 30, 1975 to North Vietnam’s Communist regime. Mr. Tran’s narrative is outlined in broad strokes; it is filled in with delicate brushwork. The script, written from a Vietnamese perspective, draws on survivor stories and the director’s own experiences as the child of boat people. The film begins at 4 p.m. April 11 and is rated R.

n On May 9, writer Charlie Kaufman (“Being John Malkovich,” “Adaptation” and “Eternal Sunshine of the Spotless Mind”) and animator Duke Johnson’s stop-motion animated film, “Anomalisa” will be shown at 7 p.m. The 2015 film is an emotional story about one man’s loneliness and disaffection with the world, which he sees as populated by people who all have the same face and voice. Then he meets someone else he considers a real person: the shy, awkward Lisa. The artistic features of “Anomalisa” has caused reviewers to claim it has more heart, soul, and pathos than most live-action movies. Rated R.

n “Parasite” will be shown at 7 p.m. June 13. Acclaimed as one of the best films of 2019, the movie from South Korean director Bong Joon-ho is a brilliant, powerfully revealing social satire examining the structural inequity that has come to define the world. It is a Rorschach test of who you identify as parasite and host. Rated R.

n The Aug. 8 film, beginning at 7 p.m., is “Honeyland,” a 2019 documentary by Tamara Kotevska and Ljubomir Stefanov. In it, Hatidze tends to her precious bee colonies while also caring for her ailing elderly mother in their candlelit stone hut in an abandoned Macedonian village. The delicious, curative honey that Hatidze produces, known for miles around, is a labor of love, borne of patient sensitivity to the seasonal rhythms of nature and to the needs of her beehives. When a new neighboring family tries to do the same, it becomes a source of tension as they disregard her wisdom and advice. The film is not rated.

n On Oct. 10, writer-director Lulu Wang’s “The Farewell” will be shown at 4 p.m. Wall Street Journal critic, Joe Morgenstern, wrote, “The lovely paradox of ‘The Farewell’ is that everyone in it tries to hide their feelings as long as they can, yet their story goes straight to your heart.”

The film achieves a universality and a resonance through its vivid depiction of a family in the midst of crisis. That crisis was actually Ms. Wang’s crisis: Her beloved grandmother was dying in China, and the family decided not to tell their matriarch to protect her and prevent her from living in fear throughout her remaining days. Instead, they planned a lavish wedding as an excuse to bring everyone together one last time. Rated PG.

n Robert Tinnell’s 2019 film “Feast of Seven Fishes,” will close out the library’s 2020 series with a screening on Dec. 12 at 4 p.m. It’s Just days before Christmas in 1983 and the Oliverios ready their Feast of the Seven Fishes, an Italian tradition stretching back to the old country of Calabria, Italy. Based on writer-director Robert Tinnell’s online comic strip and graphic novel, the gathering of family for the holidays is a relatable and poignant annual tale. Not rated.

The film series’ namesake, Carmen D’Avino, was a pioneer in animated short film. As one of the leading figures in the avant-garde film movement of the 1950s, 1960s and 1970s, his films, known for their wit and graphic brilliance, received many international honors, including two Academy Award nominations, (Pianissimo in 1964 and Background in 1973) and were regularly seen at Cinema 16, the most successful and influential membership film society in North American history.

A resident of Hammond from the 1980s until his death in 2004, Mr. D’Avino challenged himself by working in new and untried materials. The sculptures in wood gave way to carvings of stone blocks weighing many tons. Marble led to limestone and then to granite. “The Chapel” in Westminster Park on Wellesley Island is surrounded by some of his stone statues.

For more information about the series or the films, contact Depauville Free Library at 315-686-3299 or deplib@ncls.org.