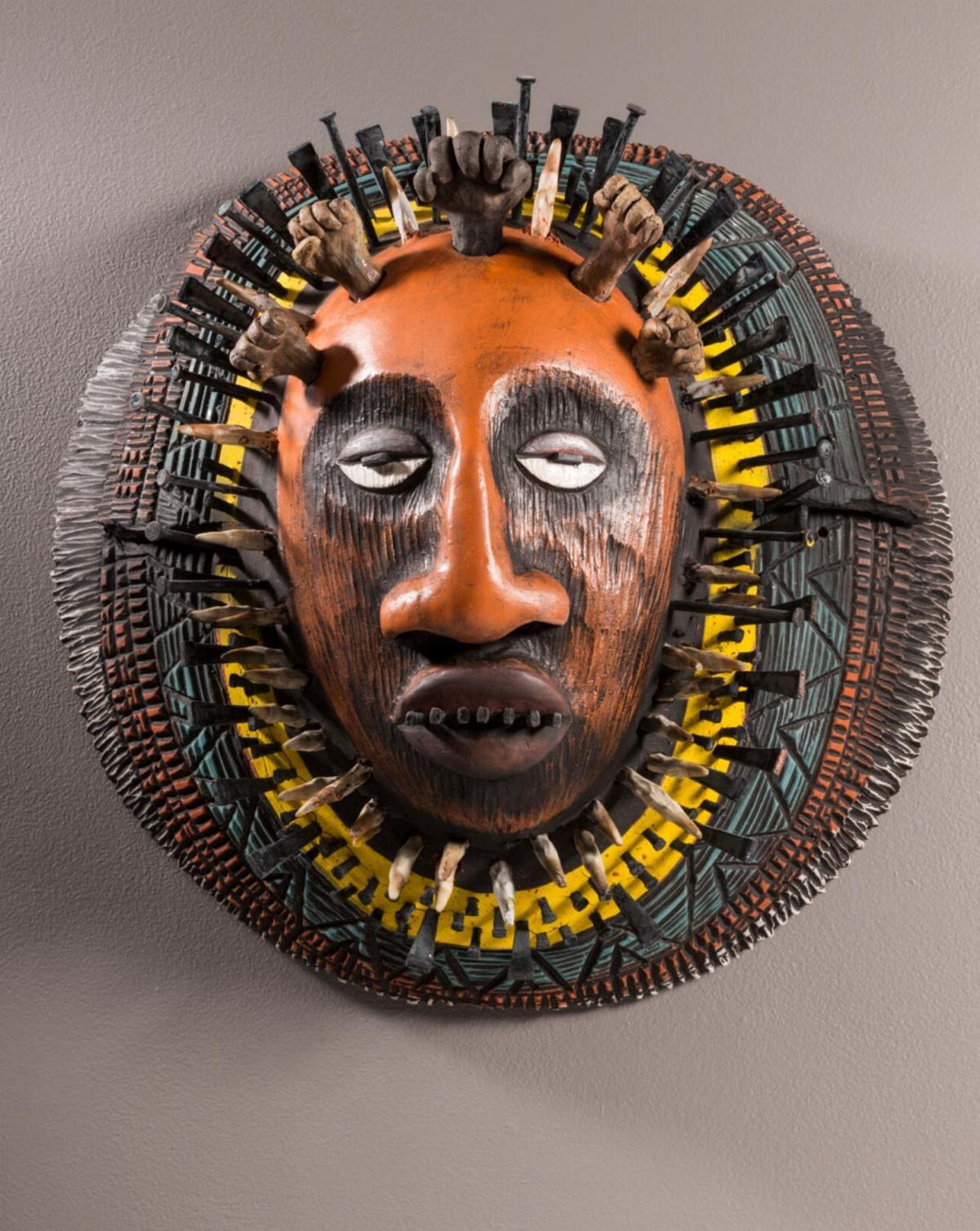 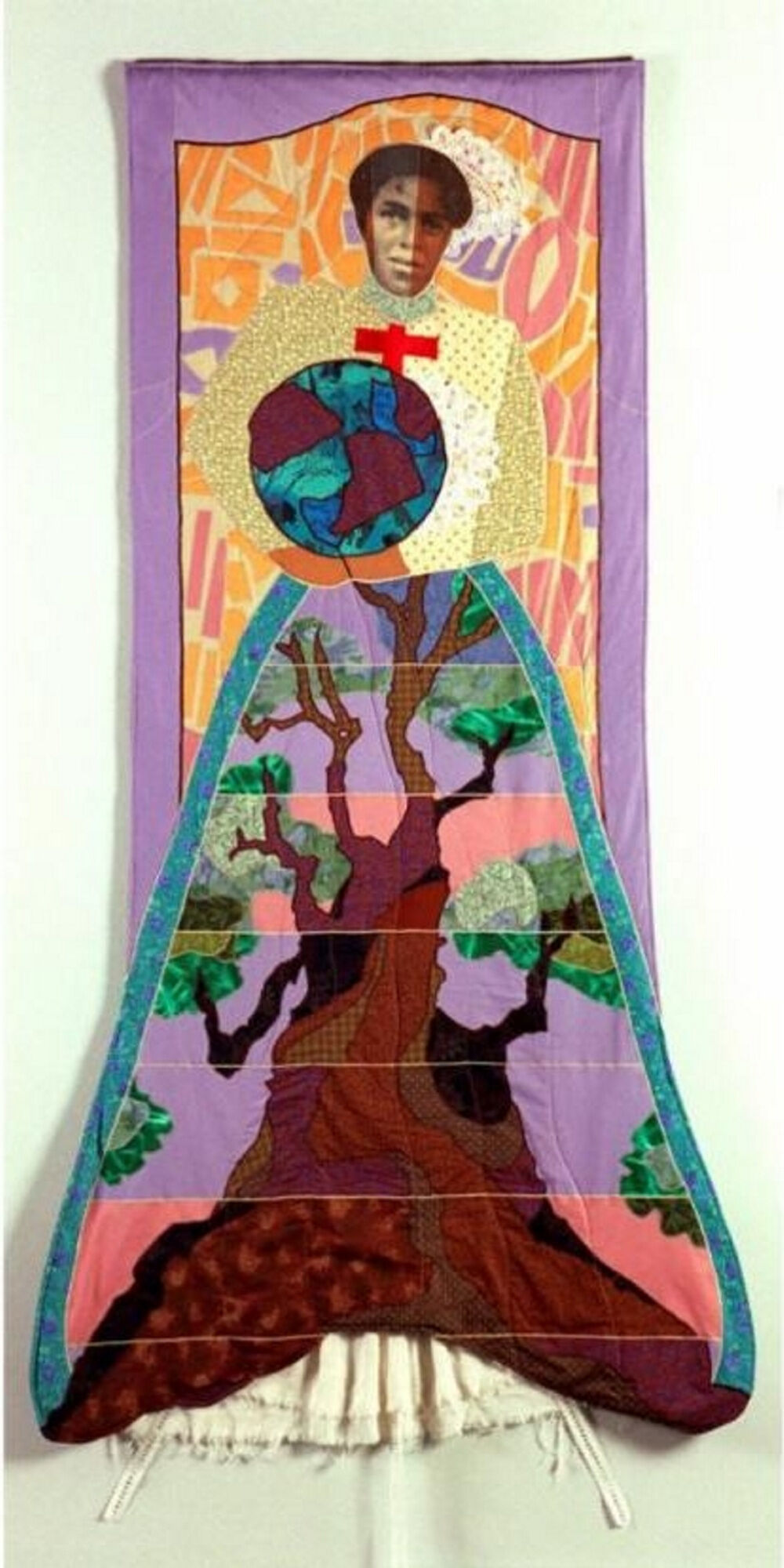 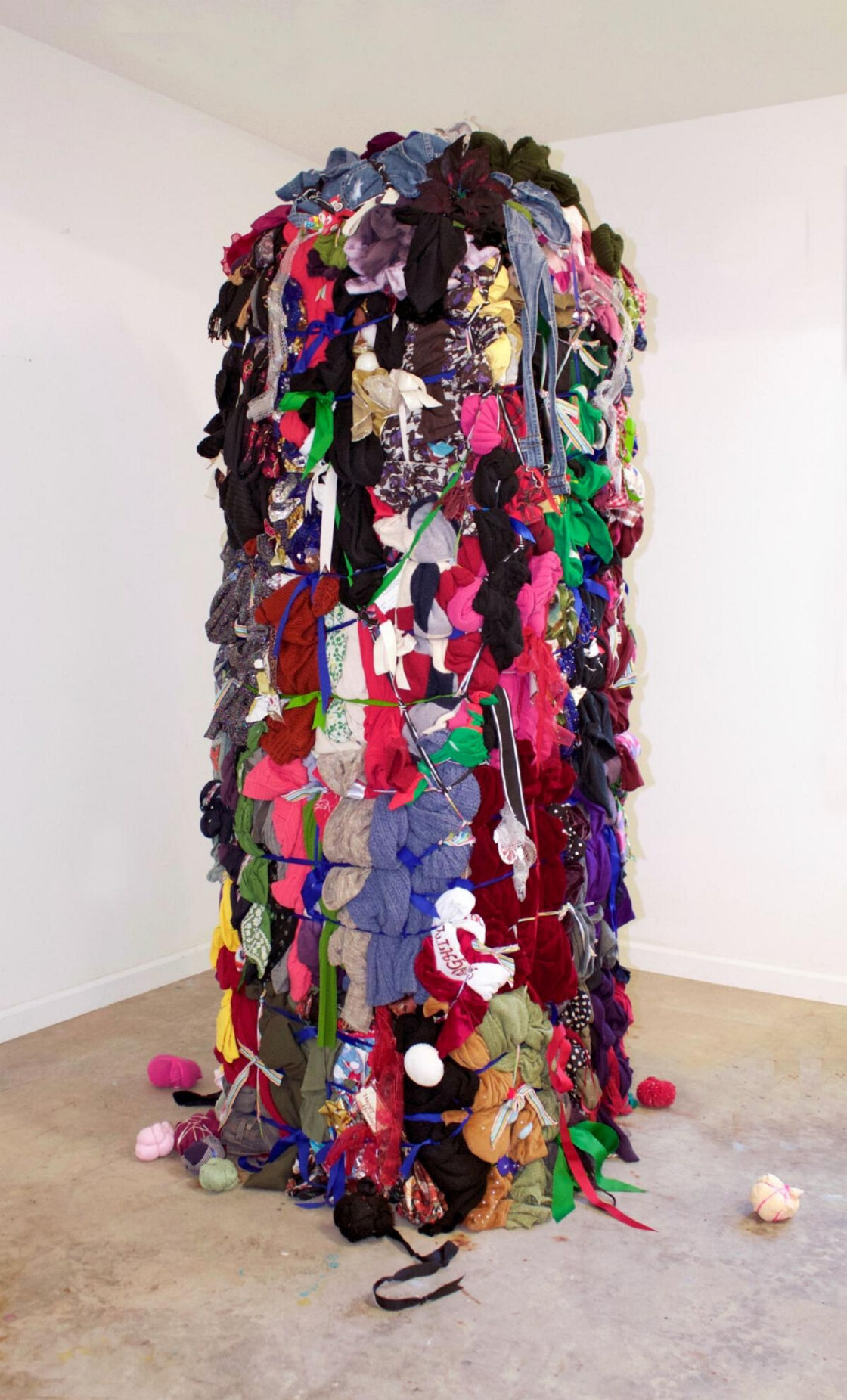 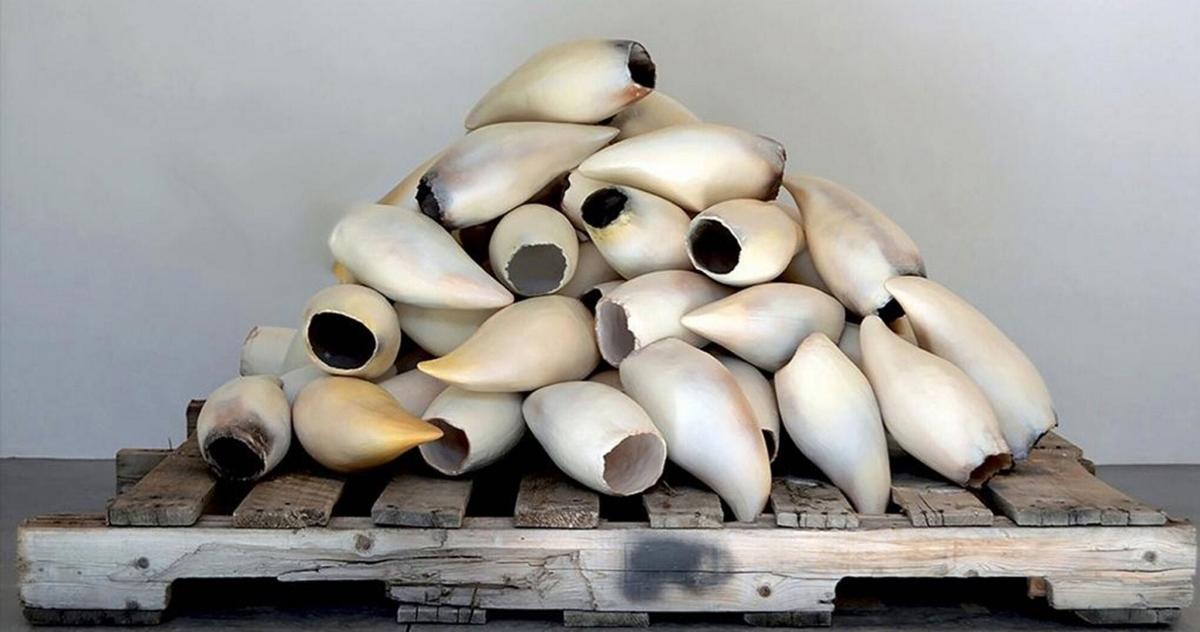 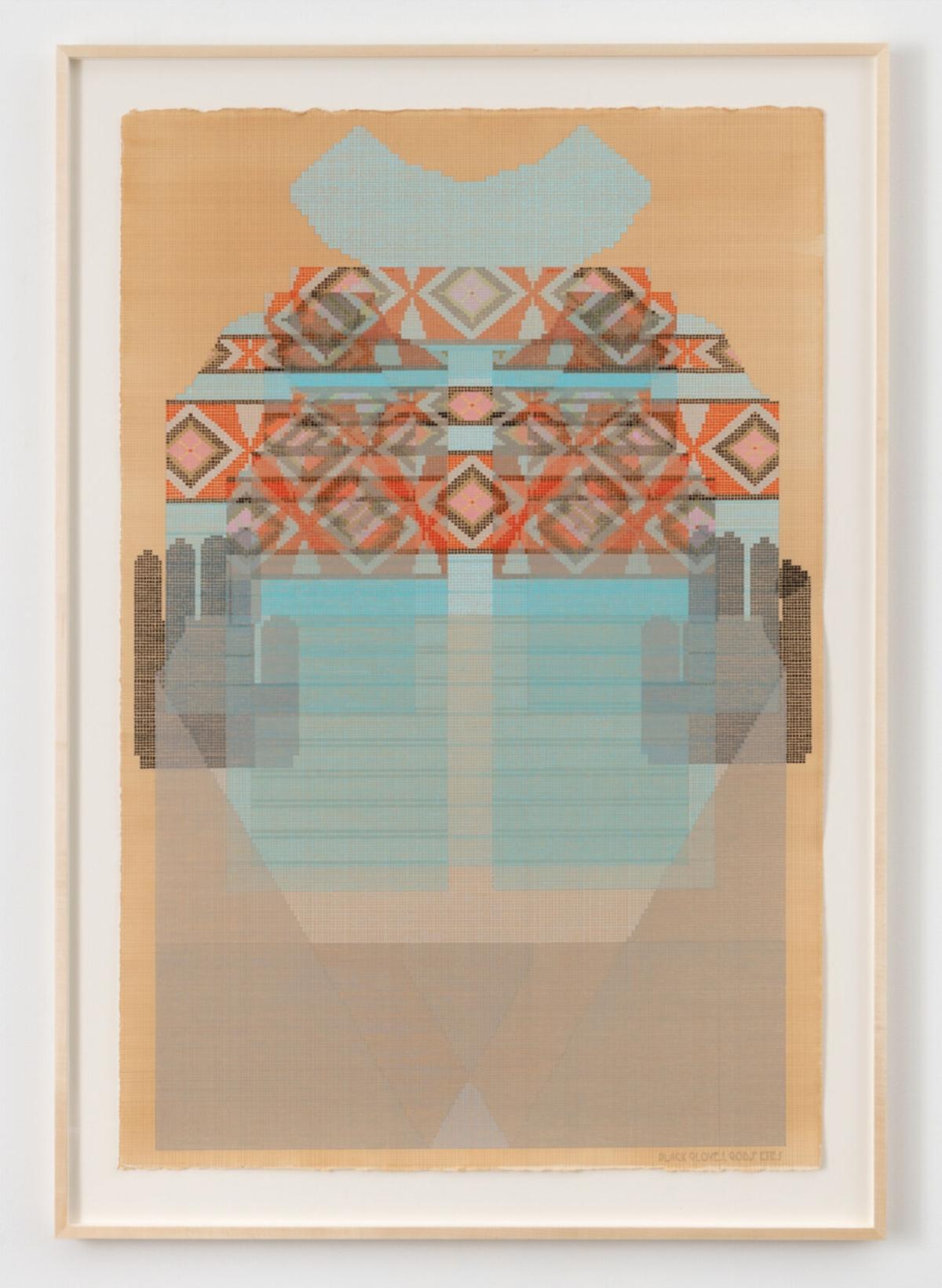 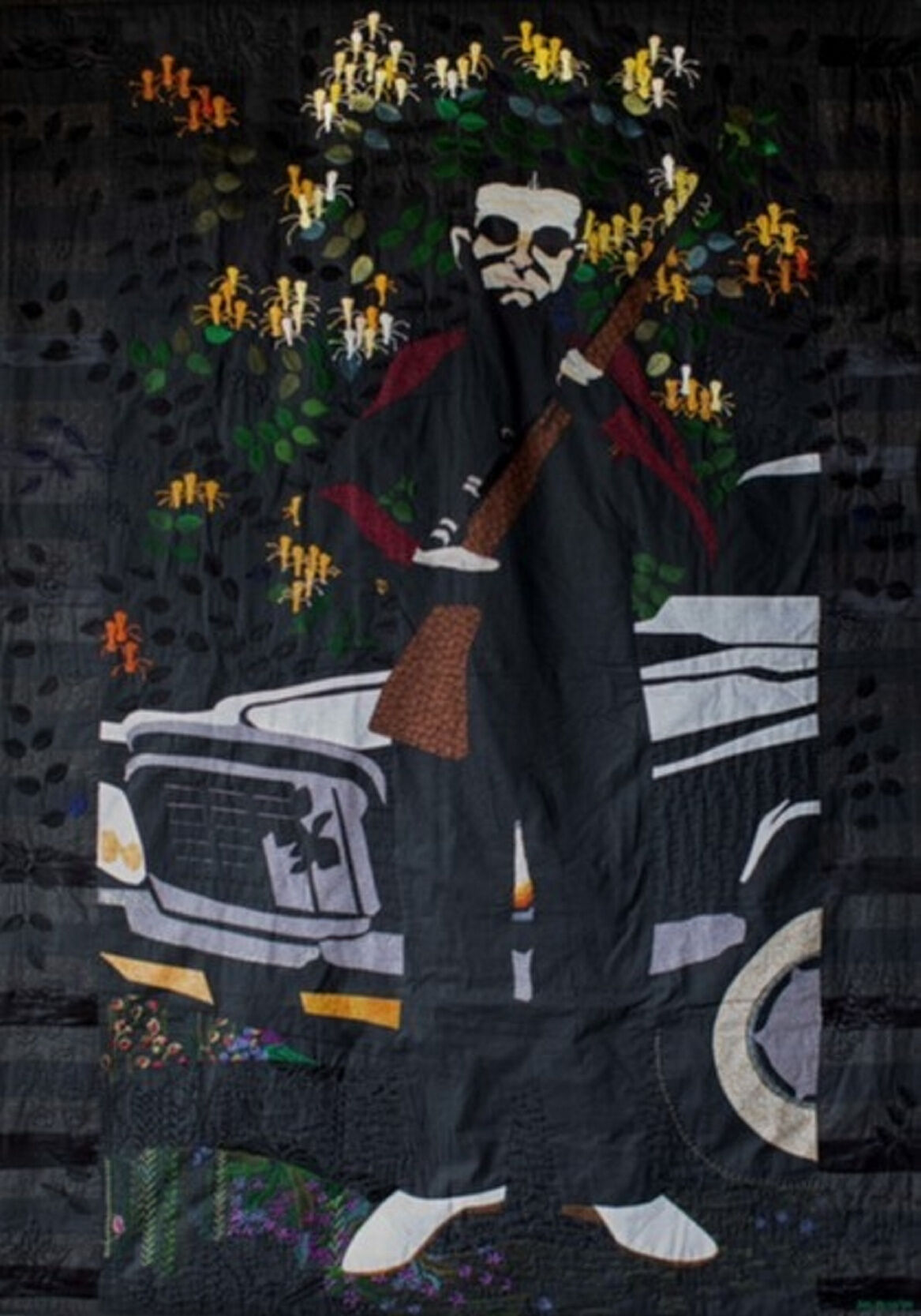 SYRACUSE — The Everson Museum of Art has purchased seven new works by contemporary artists for its growing collection of 21st century art.

Spanning a variety of media, the new acquisitions reflect the Everson’s commitment to refining and diversifying its collection by adding works by artists of color, women artists and other under-represented emerging and mid-career artists.

In October, the Everson sold a Jackson Pollock painting for $12 million. The museum’s board of trustees last year voted unanimously to deaccession Mr. Pollock’s “Red Composition, 1946” from the museum’s collection, in order to “refine, diversify and build its collection for the future.”

The new works at the museum are by artists who hail from across the country, but also include two artists who have lived and worked in Syracuse for decades: Ellen Blalock and Sharif Bey.

Ms. Blalock previously exhibited her work at the Everson during 2012’s “The Other New York” and Mr. Bey will have a major solo exhibition at the Everson in 2022.

“It’s truly an honor to have my work represented in the permanent collection of the Everson Museum,” Mr. Bey said in a news release. “Of course, it is one of the greatest honors to have one’s work acquired by a reputable institution like the Everson but as a Syracuse city resident, it is especially meaningful to make a lasting impact so close to home.”

“This new group of purchases — the first of many more to come — signals an institutional commitment to building a collection that not only reflects the rich diversity of our community, but embodies the potential for exploring new and multiple narratives within the trajectory of art past, present, and future,” Ms. Dunbar said.

The new acquisitions will be included in the group exhibition “Who What When Where,” that will open at the museum in March. It’s being organized by the Everson’s curatorial team.

“These works, in particular, speak directly to some of the most pressing issues of our time, including the perpetuation of racist ideologies and violence against people of color, the global impact of climate change, and systemic inequities related to race and gender, among others,” Ms. Dunbar said. “Together, these new additions to the collection present a complex view of the world we live in today, which is exactly what the Everson strives to communicate to our audiences through our exhibitions and programs.”

The new works at Everson:

n Mr. Bey, a nationally recognized ceramic artist and educator who lives in Syracuse, is represented by, “Protest Shield -2” (2020), from a current series of tribal shields. Mixing black power iconography with traditional African motifs, Mr. Bey’s shields are complex and powerful symbols of the ongoing fight for racial equality.

Mr. Bey has participated in many artist-in-residencies and fellowships to hone his craft, and is included in numerous public collections including: The Carnegie Museum of Art, Pittsburgh; Smithsonian American Art Museum and Renwick Gallery, Washington, D.C.; the Columbus Museum of Art in Ohio; and the United States Embassies of Khartoum, Sudan; Kampala, Uganda; and Jakarta, Indonesia.

n Two quilts span two decades of the career of Syracuse-based artist Ellen Blalock. “Mary, From The Family Album: The Quilt Series,” (2000), one of the first picture quilts Ms. Blalock ever made, is paean to her great-great-grandmother, while one of her most recent quilts, “Bang Bang, You Dead!” (2018), points to the real-life dangers disguised within childhood games. Ms. Blalock’s work was first exhibited at the Everson in 2012 with her series “CAGE.”

n Shinique Smith is widely known for employing clothing, textiles, and objects— “belongings”—to construct sculptures, paintings, and site-specific installations that speak to consumerism, displacement, shelter and sanctuary. “Bale Variant No. 0021” is a major sculpture by the Los Angeles-based artist and was recently exhibited in Ms. Smith’s solo show at the California African American Museum.

n “Breach -2” (2016) is a landmark component of artist Courtney Leonard’s longstanding investigation into broken promises and ecological issues that affect her native Shinnecock Nation. The nation is made up of 12 Algonquian-speaking tribes that occupied the territory between Long Island and Connecticut.

The shipping pallet of ceramic whale teeth references the number of teeth from an adult sperm whale, conceptually relating to an abundance of material, access, environmental sustainability, and cultural viability. Ms. Leonard’s work has greatly contributed to the Offshore Art Movement and explores historical and communal connections to water and material sustainability. Her work is in the permanent collections of the United States Art In Embassies, Crocker Art Museum, Heard Museum, Peabody Essex Museum, and Nerman Museum of Contemporary Art among others. She resides on Long Island.

Taking the form of a knitting pattern, the painting is an abstract interpretation of clothing worn by women activists. Ms. Lesperance’s ongoing project , “Congratulations and Celebrations” was inspired by her in-depth research of the Greenham Common Women’s Peace Camp, a series of protest camps established to protest nuclear weapons being placed at RAF Greenham Common in Berkshire, England.

n “Waiting For Medgar” is a “cloth painting” from 2004 by Atlanta-based Dawn Boyd Williams. The work is nearly 8-feet-tall and depicts white supremacist Byron De La Beckwith, who shot and killed civil rights activist Medgar Evers outside his home in Mississippi in 1963.

Ms. Williams’s creations are rooted in social commentary inspired by family, everyday life, and current events. Her artwork is included in the collections of the Columbus Museum in Georgia and the Richardson Family Art Museum at Wofford College in Spartanburg, S.C.