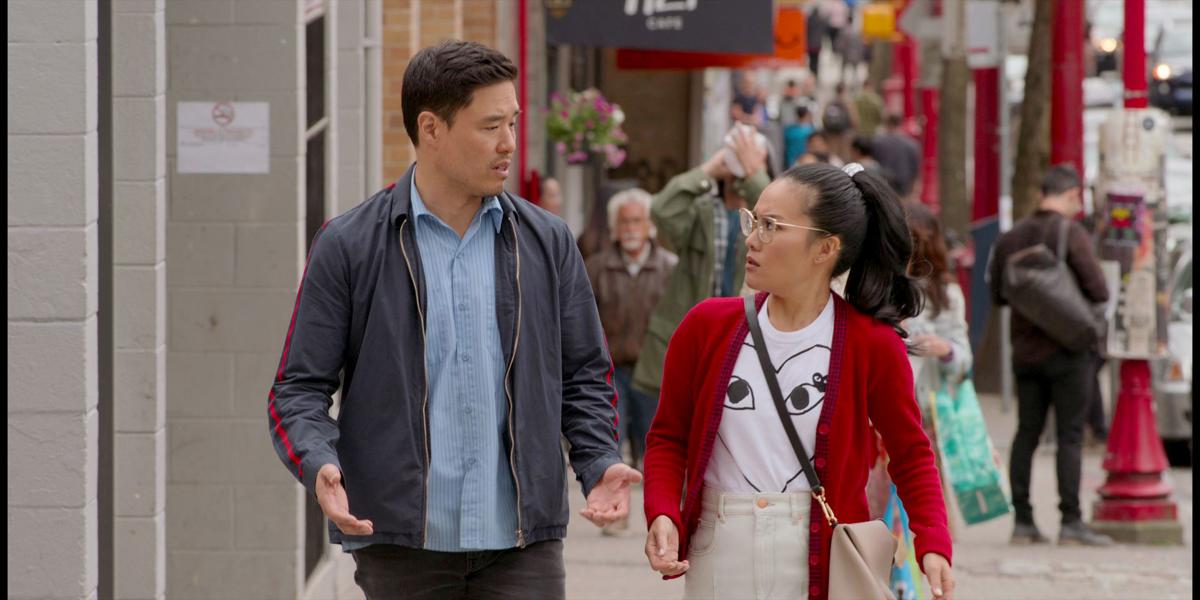 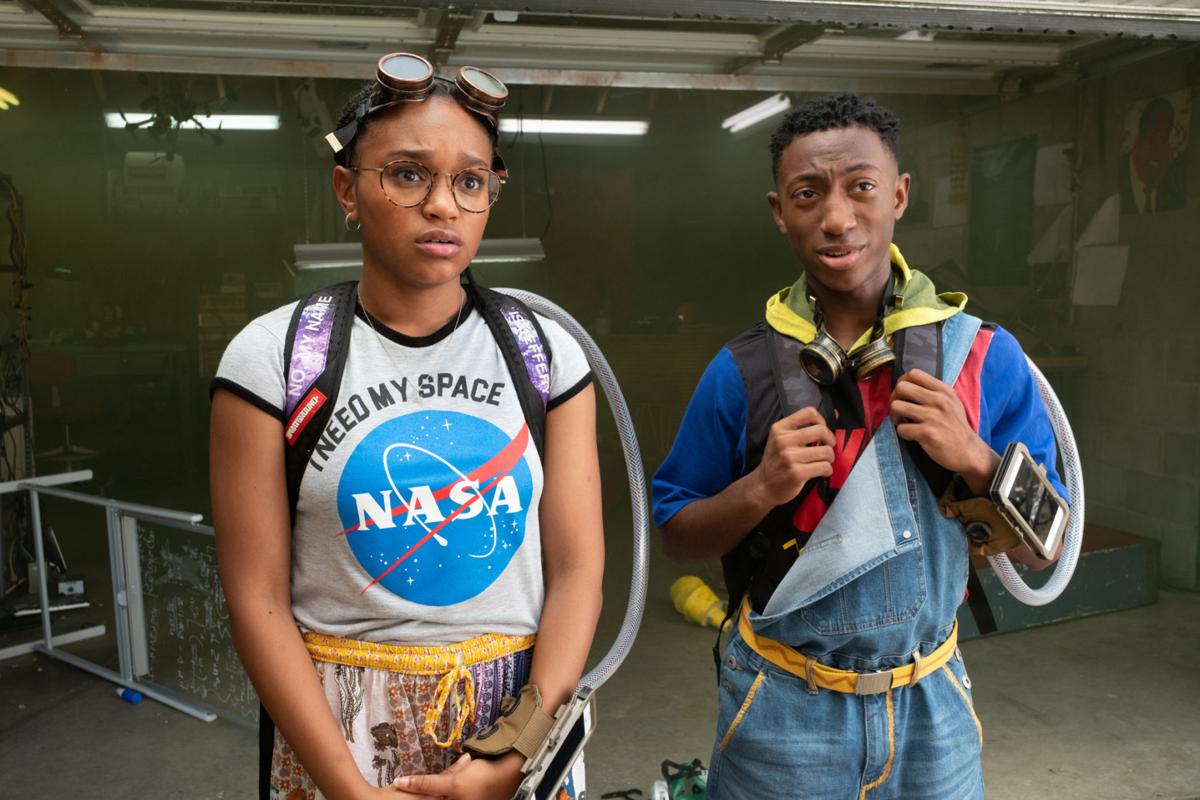 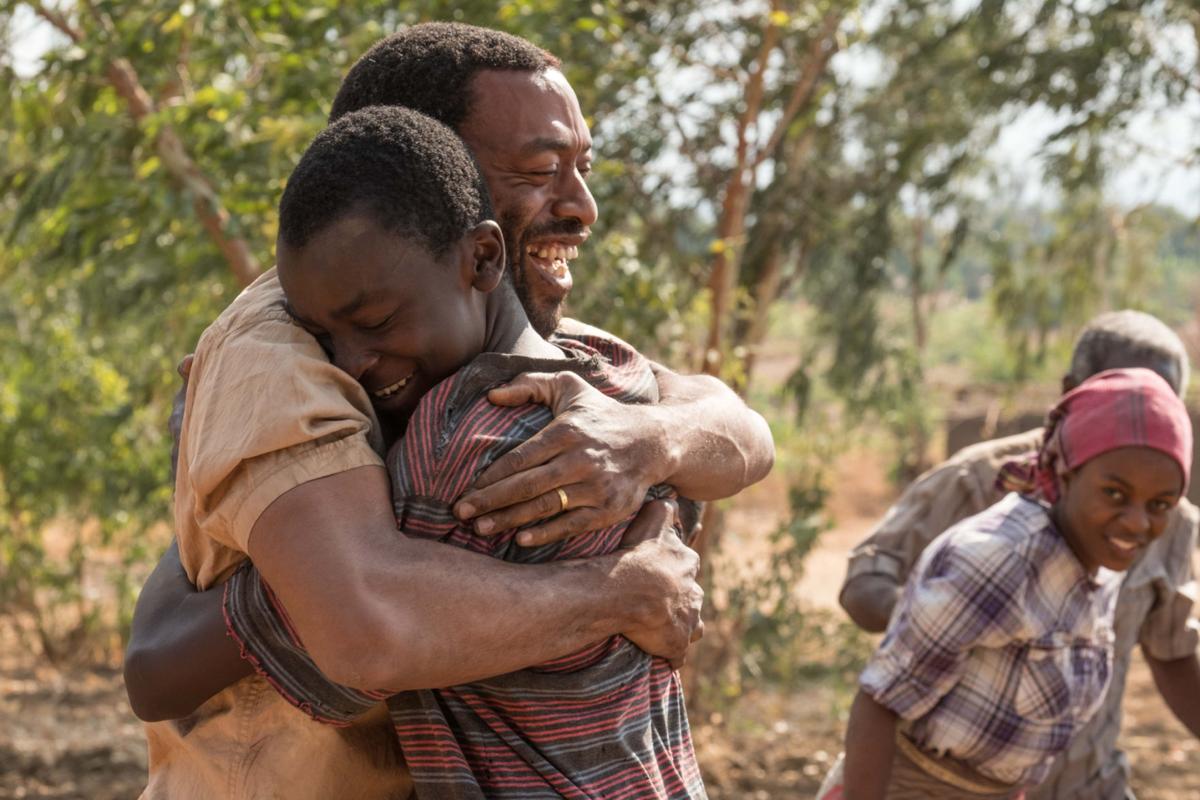 Chiwetel Ejiofor, left, and Maxwell Simba in the movie ‘The Boy Who Harnessed the Wind.’ Ilze Kitshoff / Netflix 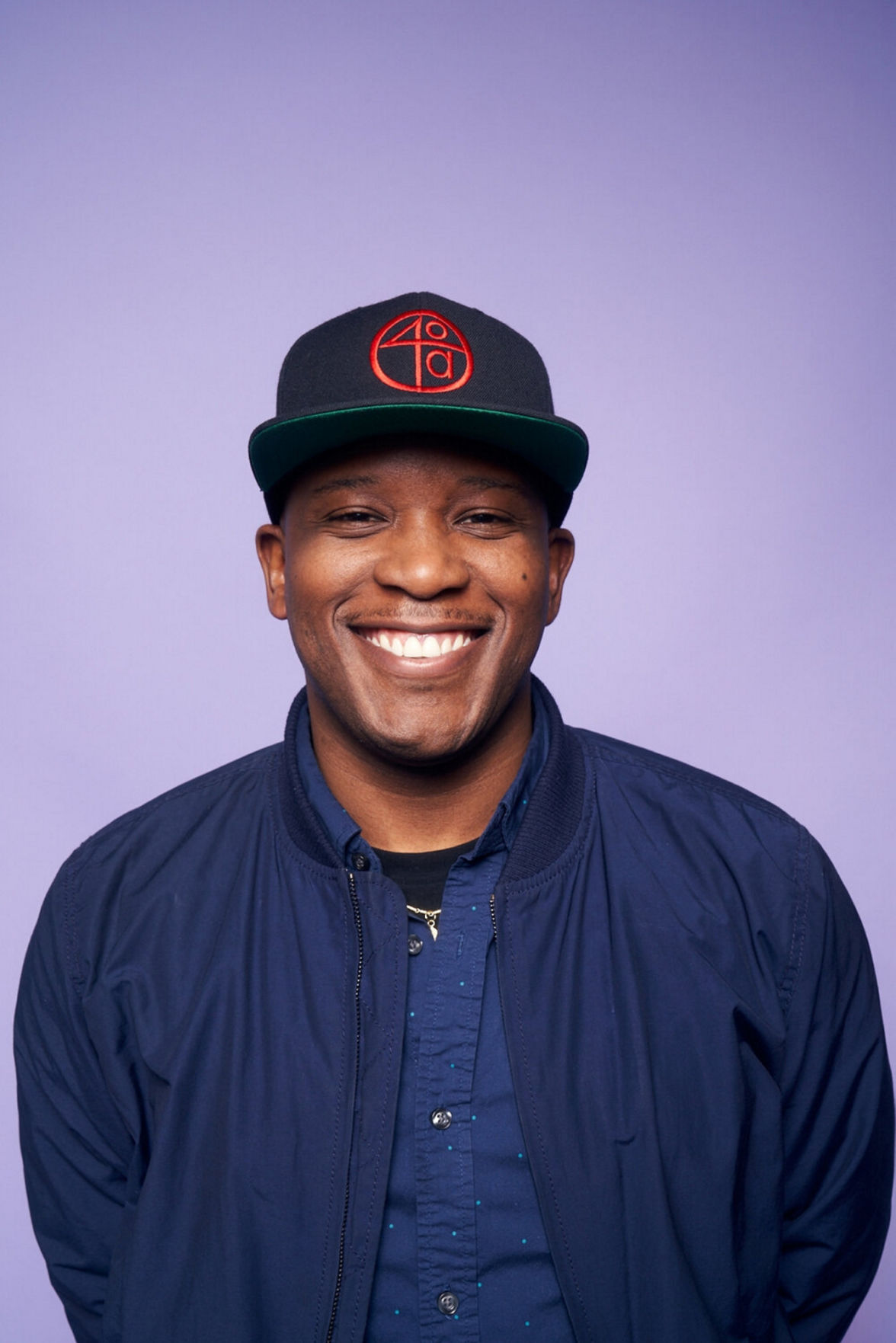 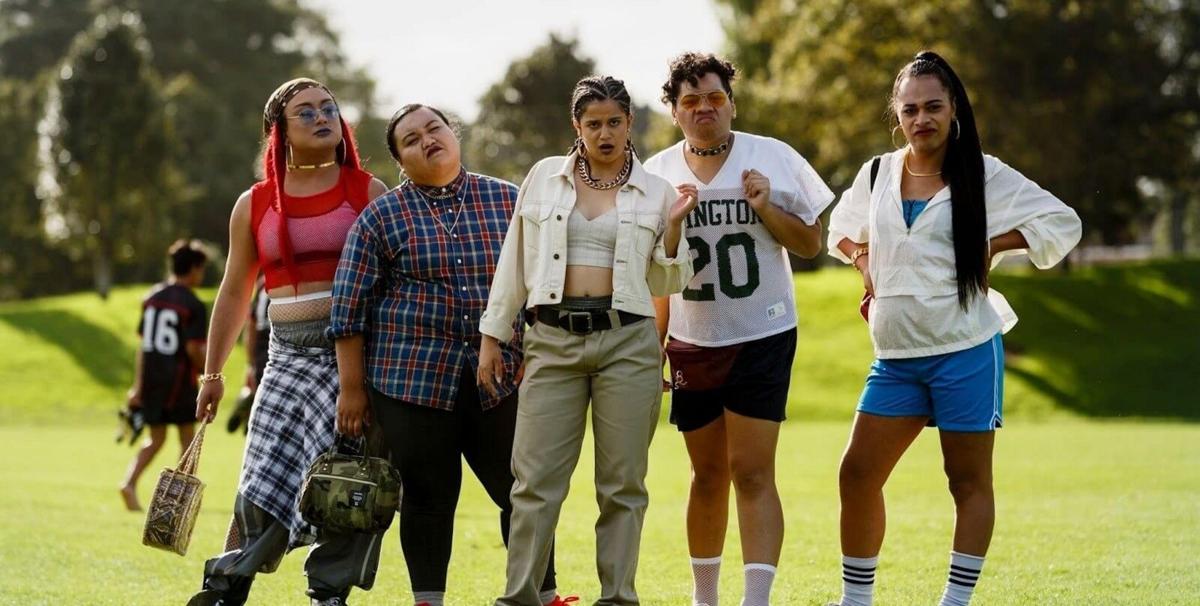 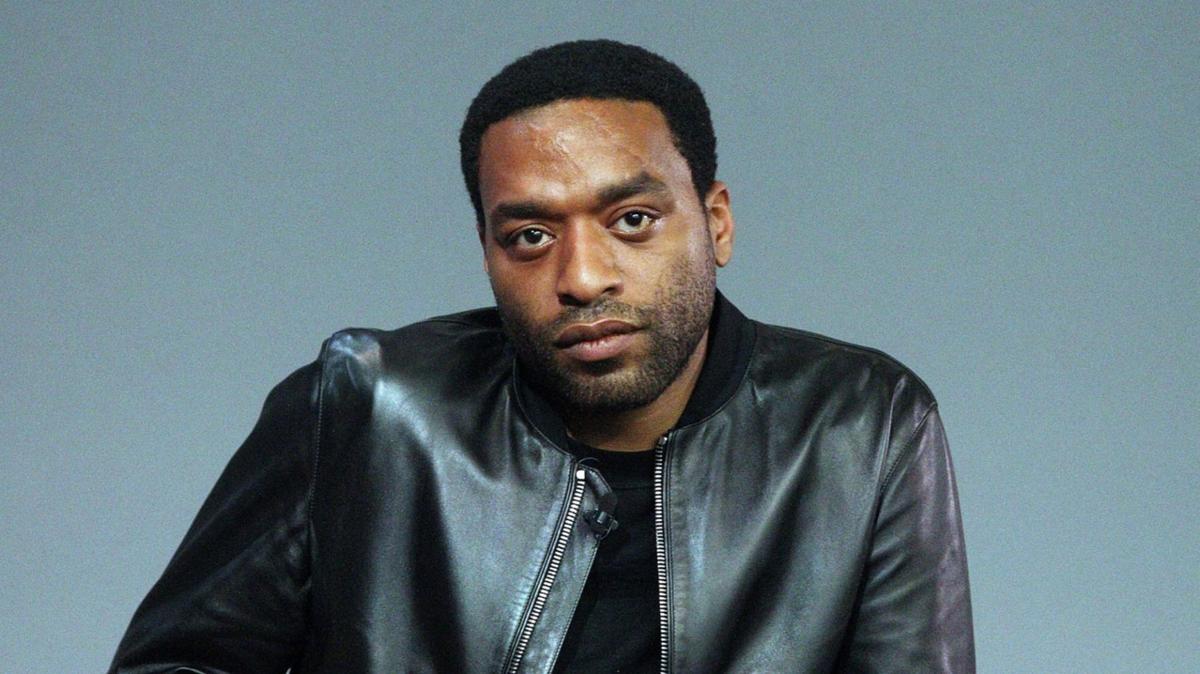 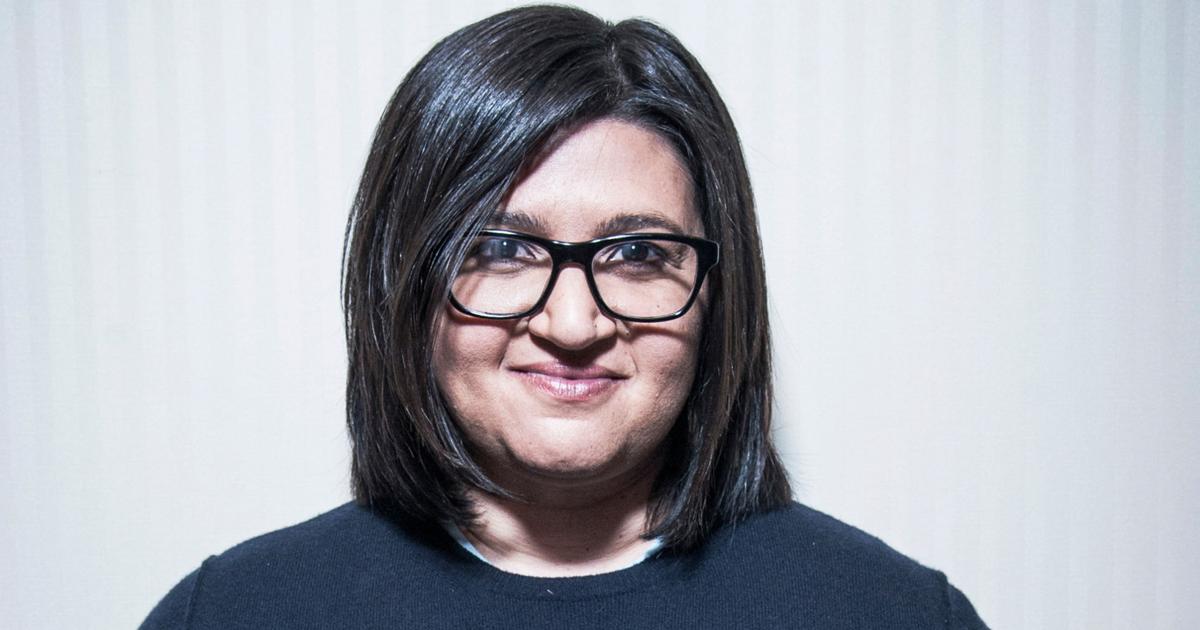 Chiwetel Ejiofor, left, and Maxwell Simba in the movie ‘The Boy Who Harnessed the Wind.’ Ilze Kitshoff / Netflix

Stefon Bristol had a clear vision of his first feature project. As a graduate film student at NYU, he had already shot a short version of a movie called “See You Yesterday,” a story about a science-obsessed New York City teen who masters time travel to save her loved ones.

Bristol knew a film with a young black heroine, an unknown cast and a socially-conscious message about police brutality might be a tough sell in traditional Hollywood.

But the aspiring director was determined to reach a wide audience. With the backing of mentor and producer Spike Lee, he took the idea to Netflix, which eagerly agreed to finance and distribute the movie.

The vote of confidence paid off: 12 million households watched at least 70% of “See You Yesterday” in its first four weeks after its release in May, according to Netflix.

“The game plan was to tell our story to as many people as possible and, honestly, I don’t think I would have gotten that number if it was in theaters,” Bristol said.

Such testimonials are prized inside the Los Gatos company. As the streaming wars intensify, Netflix is aggressively courting not only Academy Award-winning filmmakers such as “The Irishman” director Martin Scorsese and “Roma” helmer Alfonso Cuaron, but also artists who haven’t yet broken out. The idea is to forge relationships with up-and-coming directors before they become big names.

The push is part of Netflix’s overall strategy to differentiate itself from other streaming rivals by offering consumers high quality feature films — with budgets from $5 million to more than $100 million — in addition to signature TV series such as “The Crown” and “Stranger Things.”

“Let’s be that home where we can find the next Spike Lee, find the next Kathryn Bigelow and be there from the beginning with them,” said Scott Stuber, Netflix’s film chief.

In widening its stable of film creators, the company is also creating opportunities for new and inclusive voices to establish their footing at a time when Hollywood has been criticized for a lack of diversity. In 2019, only a dozen of the top 100 grossing films were directed by women, according to a study by USC Annenberg’s Inclusion Initiative. That same year, just 16.8% of the directors were from underrepresented race or ethnic groups.

Viewing numbers shared with The Times for five 2019 films from first-time directors provide a rare glimpse into consumption data that Netflix famously keeps under wraps.

In addition to “See You Yesterday’s” 12 million views, Netflix revealed that 17 million households watched at least 70% of the foreign language drama “The Boy Who Harnessed the Wind” in its first four weeks. Using the same metrics, romantic comedies “Someone Great” and “Always Be My Maybe” captured 22 million and 32 million households, respectively, while the friendship comedy “The Breaker Upperers” was seen by 7 million households.

“We’ve learned a lot of times people think a smaller budgeted film is inevitably a thing that only has a certain amount of audience available to it,” Stuber said. “What we’ve seen with some of these films ... (is) the ability for these things to penetrate culture all over the world.”

Netflix has drawn criticism for its selective and limited release of viewership data (it previously disclosed that “The Irishman” drew an estimated 40 million accounts, while the science fiction thriller “Bird Box” captured 80 million households in the first four weeks). In a move that raised eyebrows, Netflix recently tweaked the way its data is released to the public. The company said it would now offer metrics measuring the number of households that have viewed at least two minutes of a program or movie.

“Part of sharing the number is making people understand that their film is being seen in a big, wide, global way so that they feel the impact of what we’re doing with them,” Stuber said.

To a filmmaker hustling to get his or her first feature made, a Netflix release can offer a tantalizing alternative when fewer screens are available for indie fare: Instant worldwide distribution with 167 million subscribers and, in some cases, a Netflix payday.

Netflix acquires films out of film festivals, takes pitch meetings on new projects and brings in new voices through its relationships with established filmmakers.

That last scenario was the case with Bristol’s “See You Yesterday,” which was adapted from his thesis project in film school. When Lee came aboard as a producer, he facilitated the Netflix connection.

Bristol, who says he was working a part-time job and was broke at the time, received financing from Netflix to make his project into a feature film. Netflix provided feedback on development, as well as marketing muscle with billboards in L.A. and New York. The film premiered at the Tribeca Film Festival.

“Allowing my vision to flourish with a platform like this and with the help of Spike, that’s what I needed,” he said.

Cuaron’s relationship with Netflix played a role in Oscar-nominated actor Chiwetel Ejiofor’s decision to sell the first movie he directed, “The Boy Who Harnessed the Wind,” to the platform ahead of its Sundance premiere. The adaptation of William Kamkwamba’s 2010 memoir about the African inventor’s journey to create a wind turbine to save his remote village from economic ruin, always seemed primed for a global audience, despite the language barrier, Ejiofor said.

“We weren’t obligated to go with Netflix,” Ejiofor said.” “It’s not one size fits all. But for the nature of this film, I thought it was a very exciting development ... that Netflix would be able to really take this film global.”

Madeleine Sami and Jackie van Beek knew how tough it would have been for “The Breaker Upperers,” about two female friends who end other people’s relationships for a living, to compete for screens against much bigger studio fare. The film was released in February by Netflix everywhere outside of New Zealand and Australia. “In New Zealand there are only 5 million of us here, so to be able to go global overnight on Netflix was incredible,” said Van Beek. She and Sami will next re-team as directors on “Hope,” a Netflix rom-com starring Aubrey Plaza.

Netflix says it doesn’t have a set number of first-time filmmakers it works with.

“There is not a quota around it,” Stuber said. “It’s just, let’s find great voices. Let’s find people who are uniquely talented.”

Rivals including Amazon Prime Video offer a much smaller slate of original productions. In 2019 Amazon had nine original films stream on its platform, two of which were from first-time film directors. In the same span, Netflix released 58 English-language original movies.

With the market dominated by studio sequels, remakes or comic book movies, indie filmmakers have fewer options at the box office.

“There are only so many weekends in a year,” said Nahnatchka Khan, who made her feature directorial debut with the Netflix rom-com “Always Be My Maybe,” starring Ali Wong and Randall Park. “All you hear about is counterprogramming and the big movies coming out. ... With Netflix you have more chances. That’s what it comes down to.”

Khan launched her career in television, where she created the ABC sitcoms “Fresh Off the Boat” and “Don’t Trust the B— in Apt. 23.” She was surprised by the volume of immediate reactions “Always Be My Maybe” drew from audiences across international markets, as evidenced by the tweets, GIFs, memes, articles and social media conversations that skyrocketed once it hit streaming.

“It’s so accessible to people and you feel the fans right away,” she said.

But not all early-career directors are keen on premiering their work on streaming services. Some prefer to have their films debut on a big screen in the conventional model (Netflix releases movies in the home at the same time or just after their theatrical release) or supported by traditional cinema marketing campaigns. Others who have worked with Netflix have privately expressed concerns about their movies getting lost in a library of content.

For example, the makers of 2018 blockbuster adaptation “Crazy Rich Asians” said they chose a traditional studio home at Warner Bros. for the film rather than a lucrative streaming deal with Netflix because of the respect the theatrical experience still commands, particularly for a film with the potential to make history for representation in Hollywood.

“It seemed the right thing from the very beginning that you wanted to get people to go into a dark theater and watch it,” director Jon Chu said in an interview. “Three or four years ago, it was different times. ... Who knows, now?”

At 31 years old, Jennifer Kaytin Robinson made her feature writing and directing debut in April with “Someone Great,” a New York-set rom-com starring Gina Rodriguez as a millennial dealing with the aftermath of a breakup. Robinson previously had created the short-lived MTV series “Sweet/Vicious.”

Like “See You Yesterday,” “Someone Great” got in the door at Netflix with an established producer on board when “Spy” helmer Paul Feig backed Robinson. She pitched directly to Netflix Chief Content Officer Ted Sarandos in 2017 as the company was investing in a new wave of rom-coms.

Upon release, she clocked the movie’s impact by the social media conversations it sparked and by viewing data provided by Netflix indicating that her film was being watched in such countries as South Africa, Brazil and France. Even Taylor Swift saw it, later revealing that it inspired her song “Death by a Thousand Cuts.”

“I would rather make a movie with Netflix that I know is going to be watched and that people are going to see, than spend all this time making a movie theatrically where, who knows what’s going to happen?”Robinson said. “I genuinely think that people are so stuck in what film used to be and are bucking against where it’s going.”