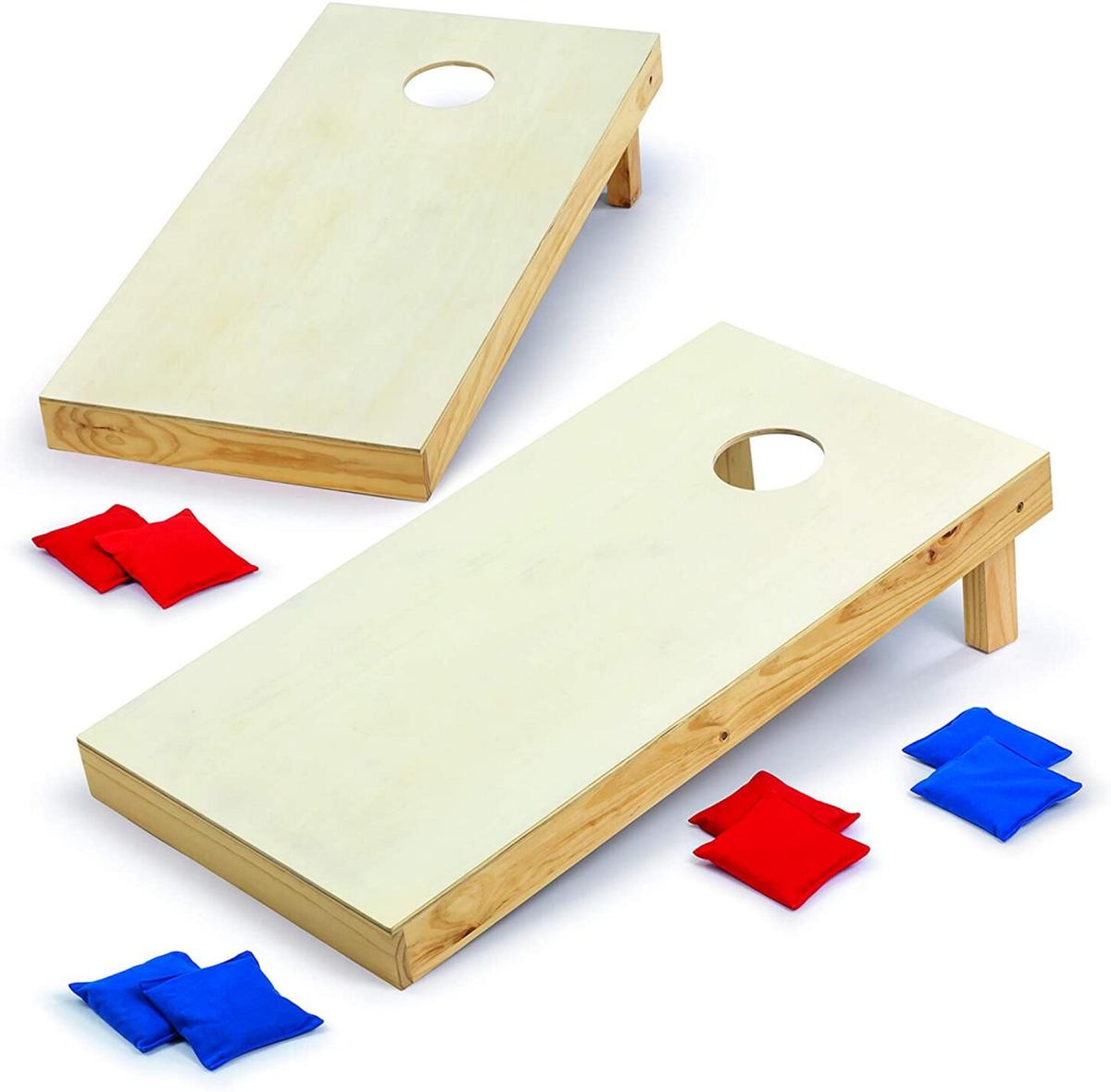 In cornhole, you toss beanbags at a slanted board, trying to get the bag to fall into a hole in the board. Walmart 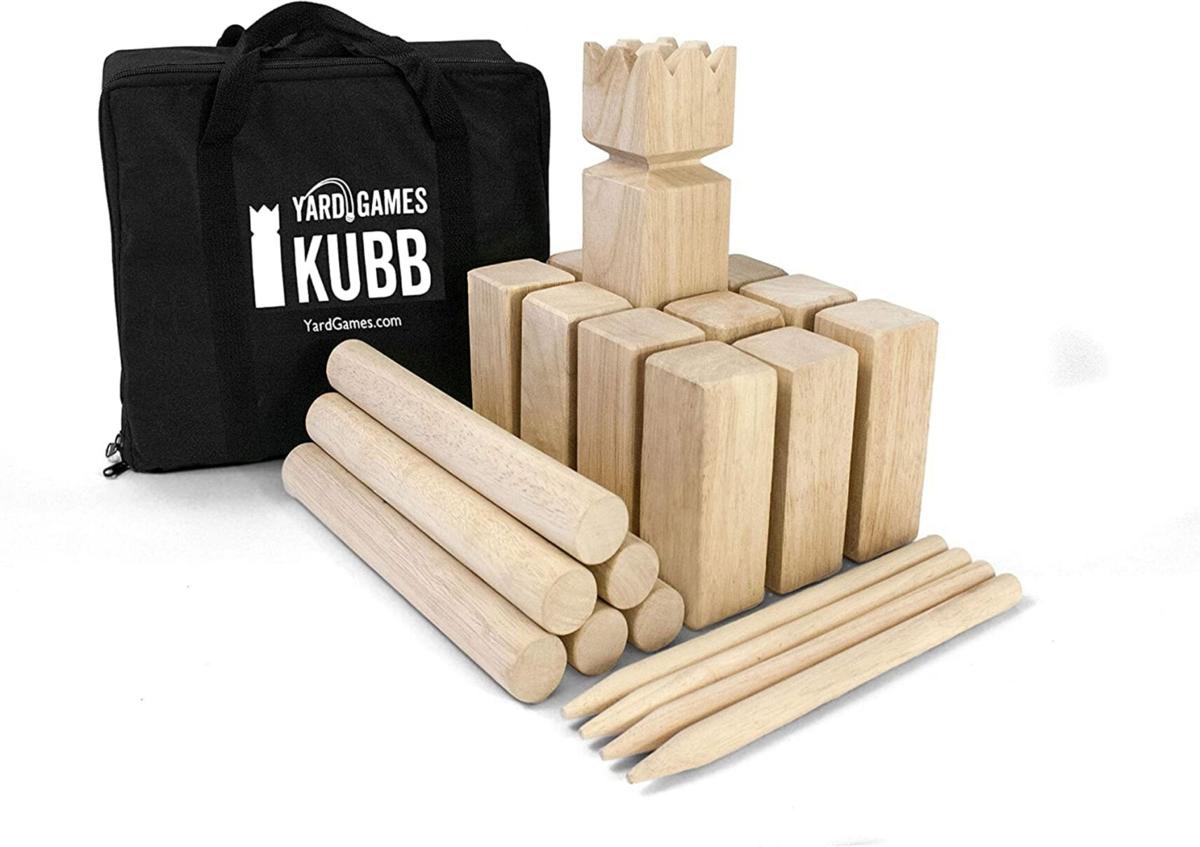 Kubb is a Swedish game where you throw wooden batons to try to topple the opponent’s wooden blocks set up on the grass. Kubb 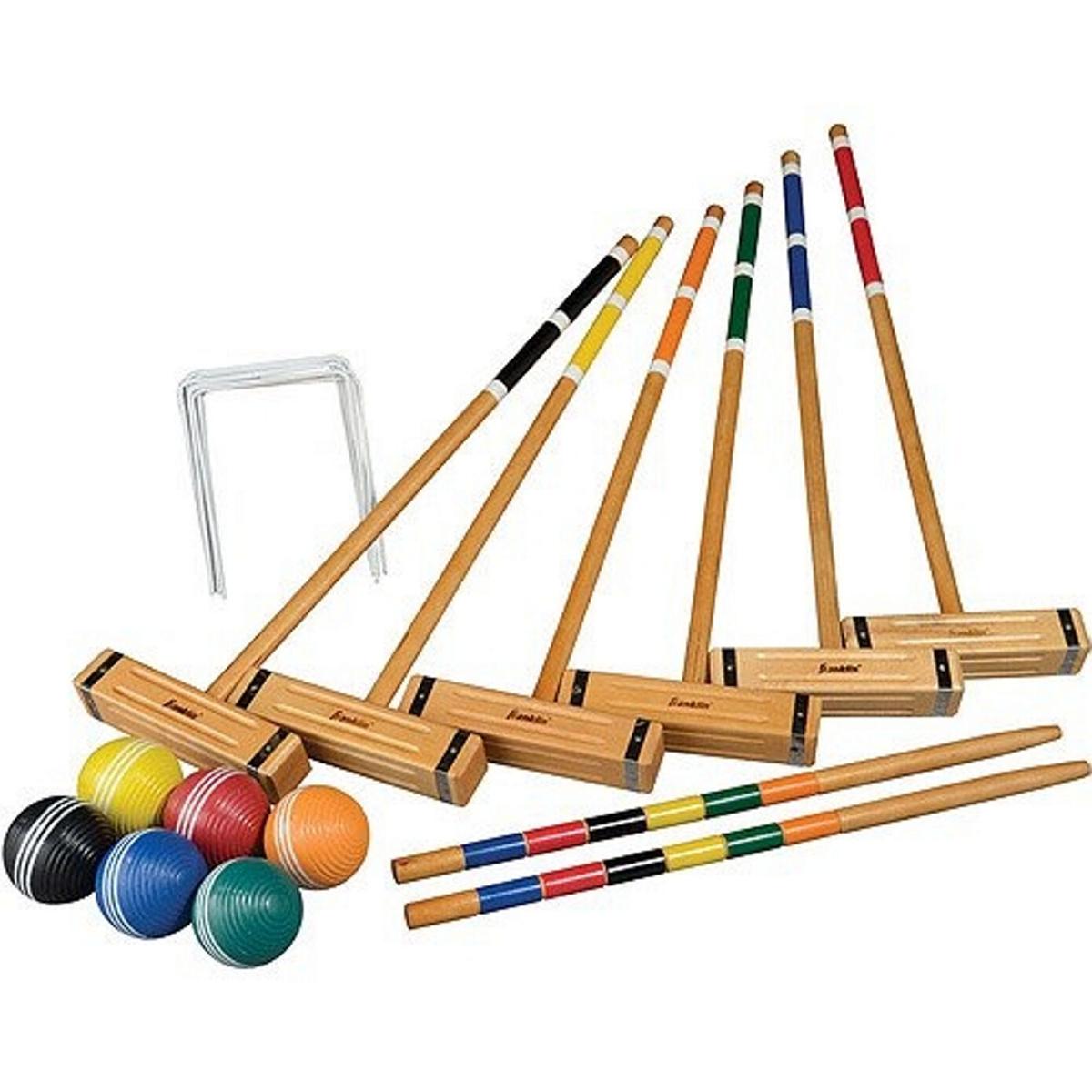 In croquet, you use mallets to knock wooden balls through a series of hoops. Walmart 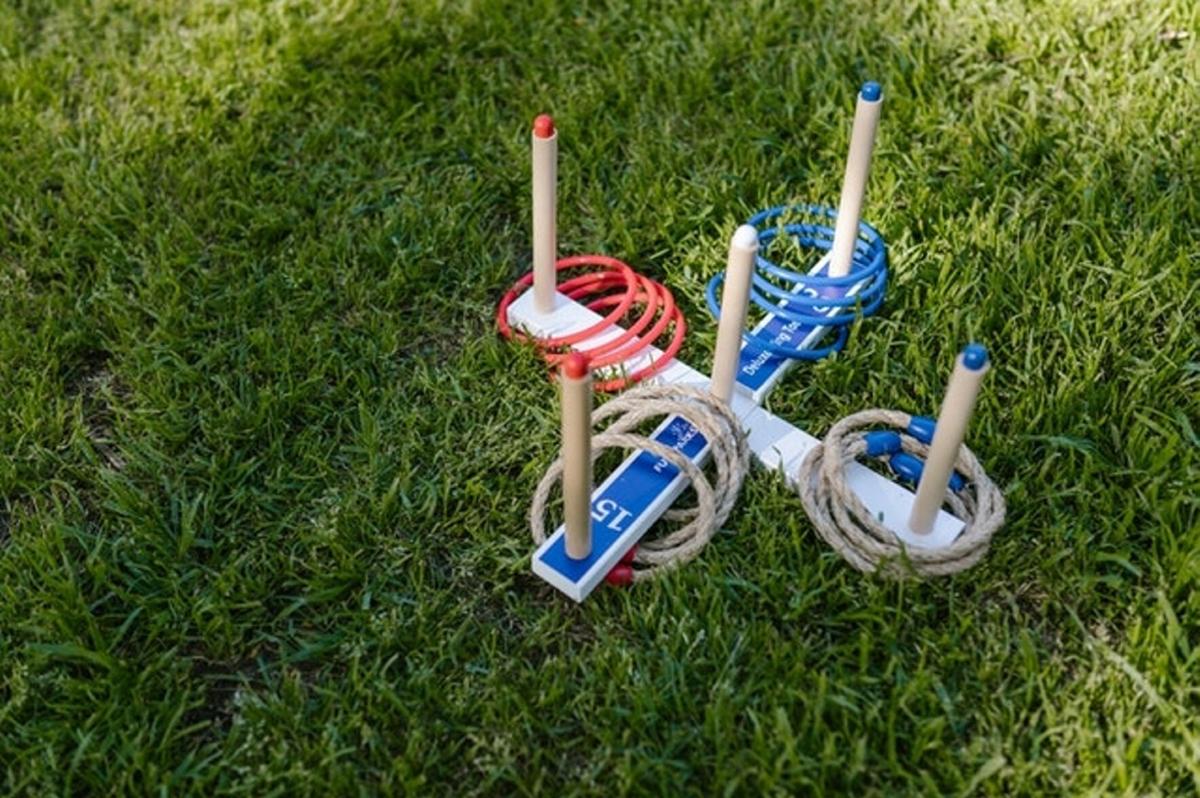 Ring toss is an easy game to play outdoors during the summer months, but there are many more activities to keep the fun going. Pexels

In cornhole, you toss beanbags at a slanted board, trying to get the bag to fall into a hole in the board. Walmart

Kubb is a Swedish game where you throw wooden batons to try to topple the opponent’s wooden blocks set up on the grass. Kubb

In croquet, you use mallets to knock wooden balls through a series of hoops. Walmart

Ring toss is an easy game to play outdoors during the summer months, but there are many more activities to keep the fun going. Pexels

MINNEAPOLIS — We have a precious few months of backyard barbecues to look forward to. If you’re the competitive type, you probably want to challenge friends and family to that particular pleasure of the lemonade season: the lawn game.

We asked a few local experts to explain the popular games — from croquet to Wiffle ball — so you can pick the right one for you. They also offered tips on what to wear, what to eat and drink and whether you need to pay attention to the rules.

What is it: Rolling balls across the lawn to see who can place their balls closest to a target ball.

Who it appeals to: Everyone from teenagers to senior citizens, according to Robert Johnson, secretary of the Northeast Bocce League, which plays the Italian cousin of lawn bowling.

What goes with it: “It’s a beverage sport,” Johnson said. “If you like beer, drink beer. If you like wine, drink wine.”

What to wear: “Whatever is comfortable to wear. Shorts and sandals work for me,” Johnson said.

Rules, schmules: “It’s pretty darn easy,” according to Johnson. “It’s basically throw your ball out and get your ball closer than your opponent.”

What is it: You toss beanbags at a slanted board, trying to get the bag to fall into a hole in the board.

Who it appeals to: “Honestly, anybody,” said Mike Kruger, co-owner of Triple Crown Cornhole, a Midwest-based cornhole events promoter. “It’s all ages.”

What goes with it: Burgers, hot dogs and brats are common cornhole fare. And although cornhole beanbags usually contain plastic pellets rather than corn or beans, why not corn on the cob and baked beans?

What to wear: “A lot of people wear shorts and T-shirts,” Kruger said, though pro players might don custom jerseys.

Rules, schmules: “It’s easy,” Kruger said. You just basically need to count and take turns. One point if your bag lands on the board, three if it goes in the hole. The first player to reach 21 wins.

What is it: You use mallets to knock wooden balls through a series of hoops. “It’s kind of like billiards on a lawn,” said Michael-Jon Pease, emeritus captain of the University Club of St. Paul croquet team.

Who it appeals to: Despite a genteel reputation, “it has a real strong appeal to really competitive people,” Pease said. But it also has fans among people who want to wear fancy hats and play a social game on a summer afternoon.

What goes with it: “An Arnie Palmer or lemonade, and if you’re not in a public park, feel free to spike it as you please. Winner buys the gin and tonics,” Pease said.

What to wear: “The classic is white linen,” Pease said.

Rules, schmules: As long as all the players are in agreement, you don’t have to follow all the rules to the letter to have a good time.

What is it: Sometimes called “Viking chess,” it’s a Swedish game where you throw wooden batons to try to topple the opponent’s wooden blocks set up on the grass.

Who it appeals to: It can be played with people of varying skills, according to Eric Goplin, director and founder of Minnesota Kubb, a kubb tournament organization.

What goes with it: It’s the sort of game where you can hold a beer in one hand while you’re throwing a baton with the other, Goplin said.

What to wear: Competitive players wear soccer cleats to improve their performance. Others are fine with going barefoot and in shorts.

Rules, schmules: Essentially, you just need to throw sticks to knock down blocks. “It looks infinitely more complicated than it is,” Goplin said. “There’s no counting in kubb.”

What is it: A scaled down, kid’s toy version of baseball in which you’re trying to hit a hollow plastic ball with holes cut in one side, using a skinny yellow plastic bat.

Who it appeals to: Players in the Twin Cities-based Home Run League, the largest adult Wiffle ball league in the country, range from former major leaguers to people who have never played baseball before. “That’s the glorious thing about Wiffle ball. It appeals to everybody,” said league commissioner Dan Duehn.

What goes with it: With adult players, beer is traditional.

Want to wear: Serious players might show up in cleats and custom jerseys, but you’re also fine wearing tennis shoes and jeans.

Rules, schmules: Feel free to make up your own rules and count a ball hit on the garage roof as a triple. “You can play in the backyard. You can play in the street,” Duehn said. “See ball. Hit ball. Catch ball. It’s pretty straightforward.”

What is it: Balancing on a length of webbing stretched between two trees, similar to a tightrope walker.

Who it appeals to: All types, from kids to retirees to working professionals, according to Mark McKee, president of Slackline Minnesota, a nonprofit that promotes the activity.

What goes with it: Healthy food and water is best, according to McKee. After all, you’re trying to stay upright.

What to wear: Anything comfortable. And slacklining is typically done barefoot.

Rules, schmules: Like yoga, slacklining is more of a personal practice than a competition. You can walk on the line, do yoga poses, or even handstands. Just make sure you follow safety precautions. Slacklineminnesota.org has information to help you get started.