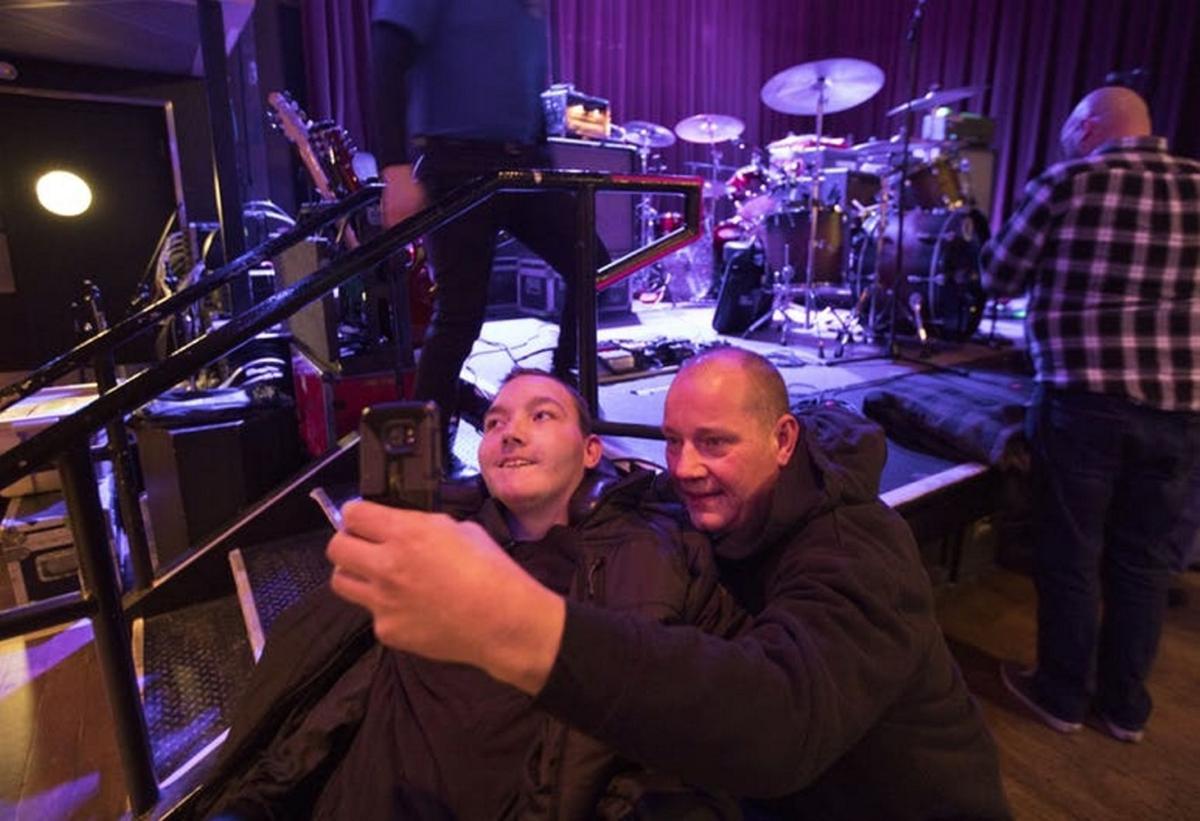 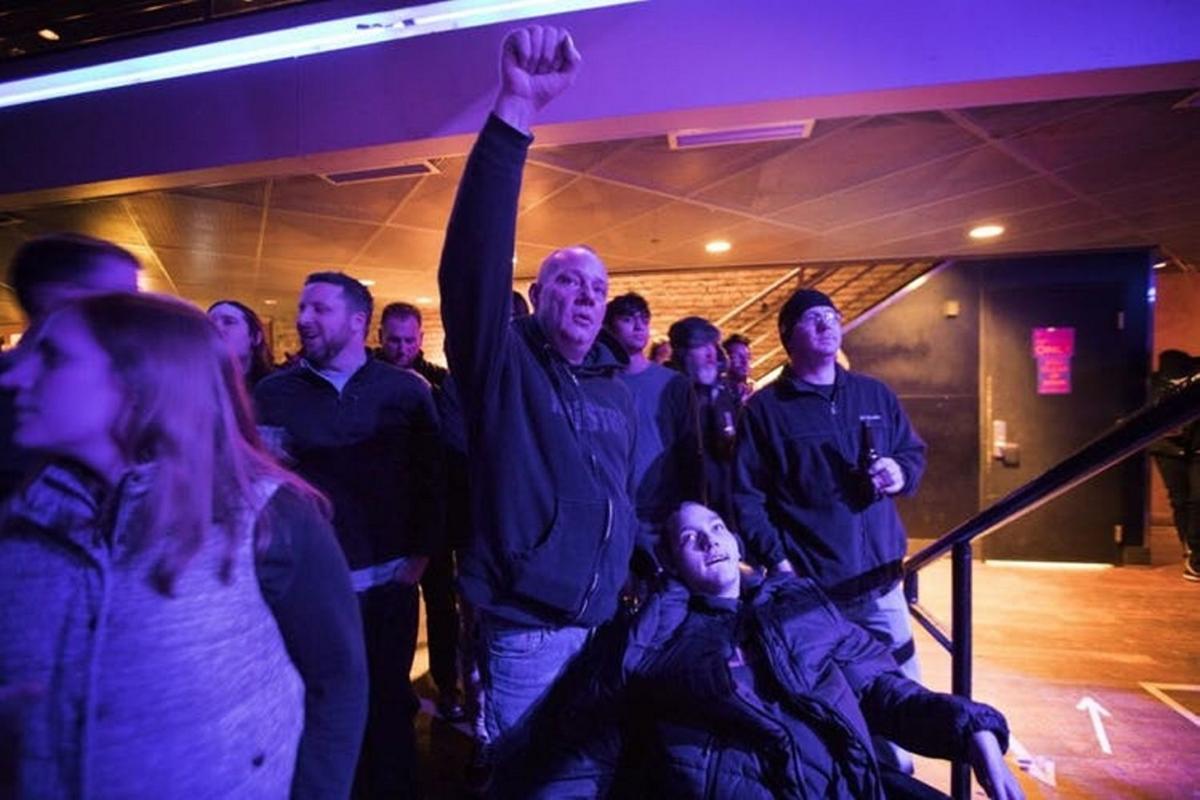 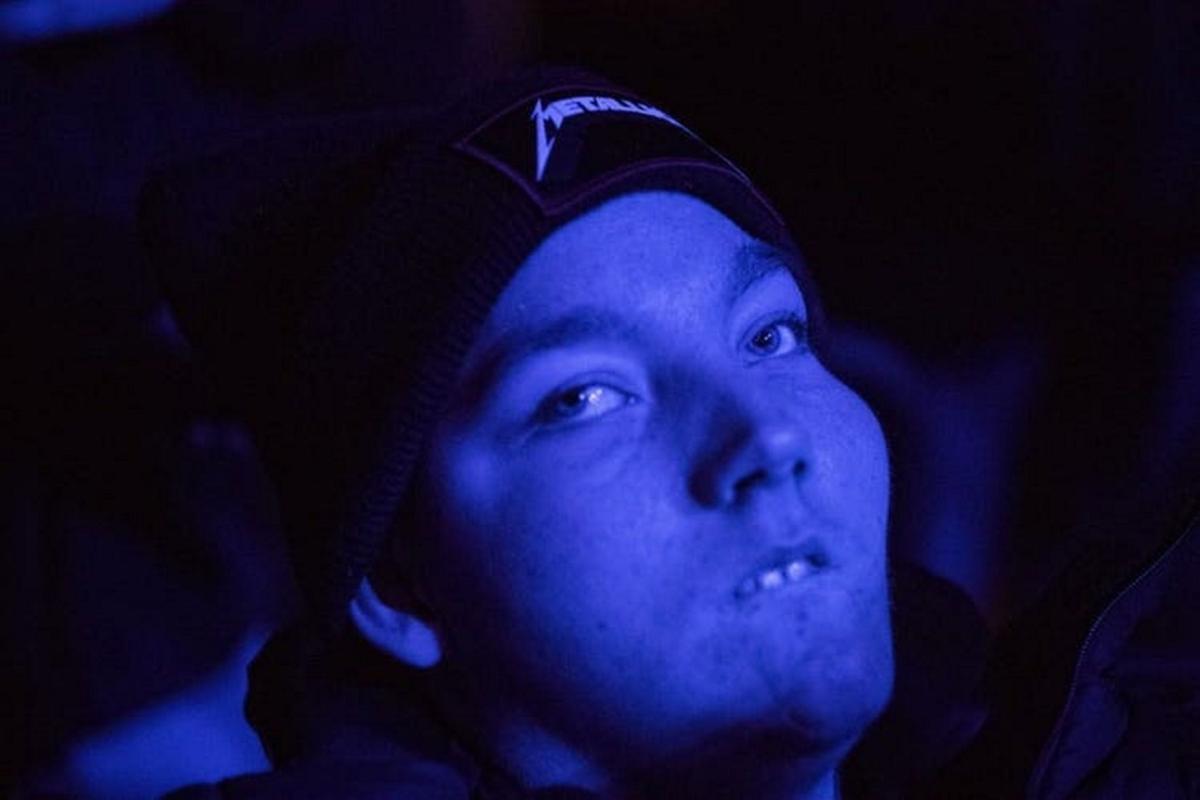 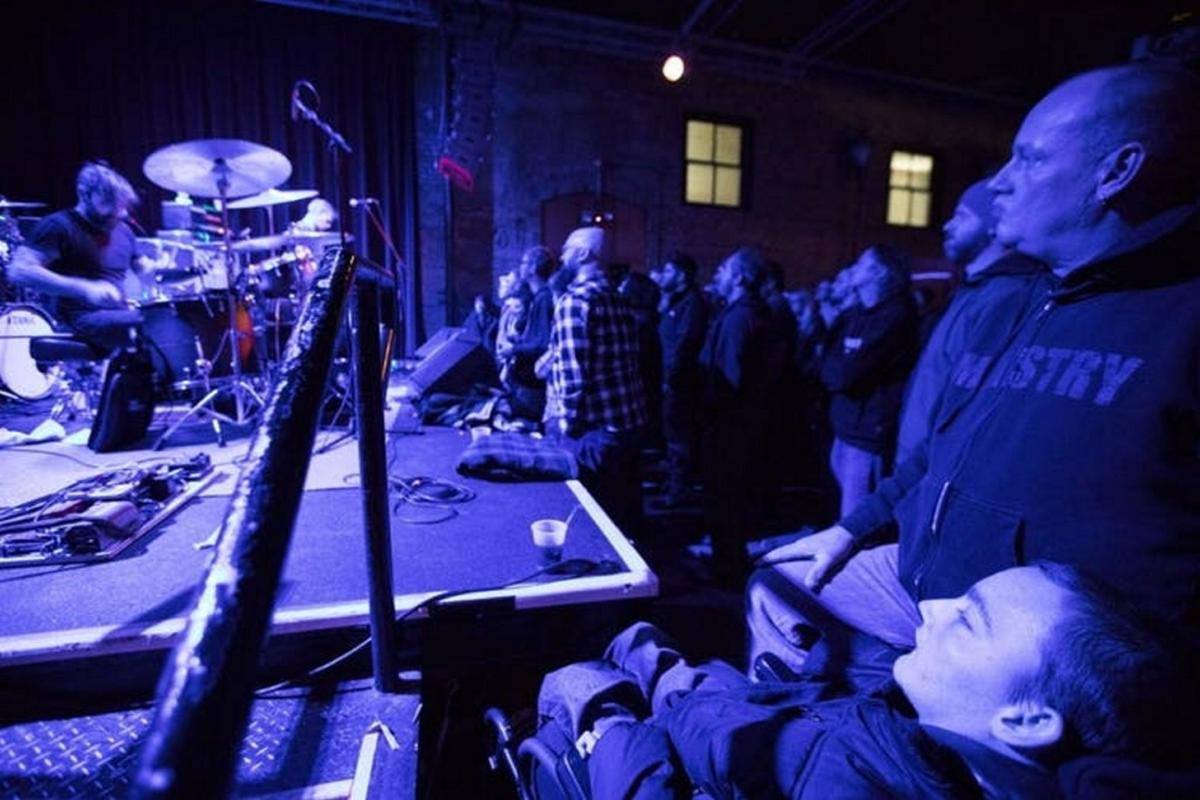 Mason McDeid struggled to catch a glimpse of the band Korn as they performed before tens of thousands of fans last summer at a music festival in Wisconsin.

The 21-year-old Maple Grove man, who has cerebral palsy and uses a wheelchair, was stuck in the back with his father when a fellow concertgoer noticed their dilemma and offered to help.

“He said, ‘You guys follow me. We’re going to make a hole,’ “ recalled Mason’s dad, Richard McDeid. “We went by everybody. The crowd parted like the Red Sea.”

Mason glided past the mosh pit and saw people body surfing before eventually making his way to the front row. A security guard spotted Mason and got him even closer. Grabbing his wheelchair, the guard hoisted him above the railing, placing him directly in front of the stage.

“I looked up at Mason and he was just smiling,” Richard McDeid said. “As I was looking at him, I saw him on the Jumbotron. Korn was onstage, clapping. That was probably the coolest” moment.

That night was but one of many highlights shared by father and son on their epic quest to see 500 rock bands perform live in 2016.

And though they didn’t quite reach their goal (they saw 450 bands by year’s end), Mason and his dad accomplished much — traveling across the country to see Iron Maiden, Metallica, Slipknot and more.

Music has been a source of joy and comfort for Mason since he was a small child. He was born with a severe form of cerebral palsy, a neurological condition that affects his mobility and speech. Mason can’t walk or speak. But he sure can smile — something he does a lot at concerts and any place where there are lots of people.

A longtime patient at Gillette Children’s Specialty Healthcare, he has undergone more than 100 surgeries.

“We don’t let that stop us,” Mason’s dad said about his condition. “It doesn’t mean we can’t do things. It just means that we do them differently.”

When Mason was little, he cried constantly. He was experiencing a lot of discomfort, his father said. Richard McDeid tried everything to calm down his son. He even played music — from classical to New Age. Nothing worked. Finally, the frustrated father decided to play something he liked: Metallica.

To his surprise, Mason liked it, too. He stopped crying and started to fall asleep. And with that, a metalhead was born.

From that day forward, whenever Metallica was playing, Mason would start squealing excitedly, Richard McDeid said.

As Mason grew older, he started to go to concerts with his dad. One year, they saw a couple hundred bands perform. So they decided to see if they could double that number in 2016.

Getting out to see so many bands perform in so many different places has been difficult, at times. On the first lengthy road trip for Mason, there were a lot of logistics to figure out. Dad and son arrived at one hotel, and discovered they’d been put in a room with just one bed, Richard McDeid said. He gave his son the bed and slept on the floor.

And not all concert venues had good access for people in wheelchairs. At the Warped tour, for instance, festival organizers gave wristbands to people with wheelchairs so they didn’t have to fight the massive crowds to get inside, Richard McDeid said. At other places, they weren’t so lucky and waited in long lines for more than an hour.

To celebrate his birthday last month, Mason and his dad trekked to the Fine Line Music Cafe in downtown Minneapolis on a frigid night to see the band Helmet.

Once again, they ended up with the best seats in the house — up front, near the stage. At the end of the concert, Helmet’s guitarist handed a smiling Mason a pick and a set list. They were the latest additions to his collection of band souvenirs, which fills an entire room.

With the new year, Mason and his father have made a new resolution. They’ll continue seeing bands, but they’re raising the stakes. The goal for 2017: Take Mason to a large music festival in Europe.

Crossing the ocean is something that neither father nor son has experienced, and they’re eager to see the wider world, no matter what kind of obstacles they face.

“We don’t know how we’ll get there,” Richard McDeid said. “But we’re going to make it happen.”