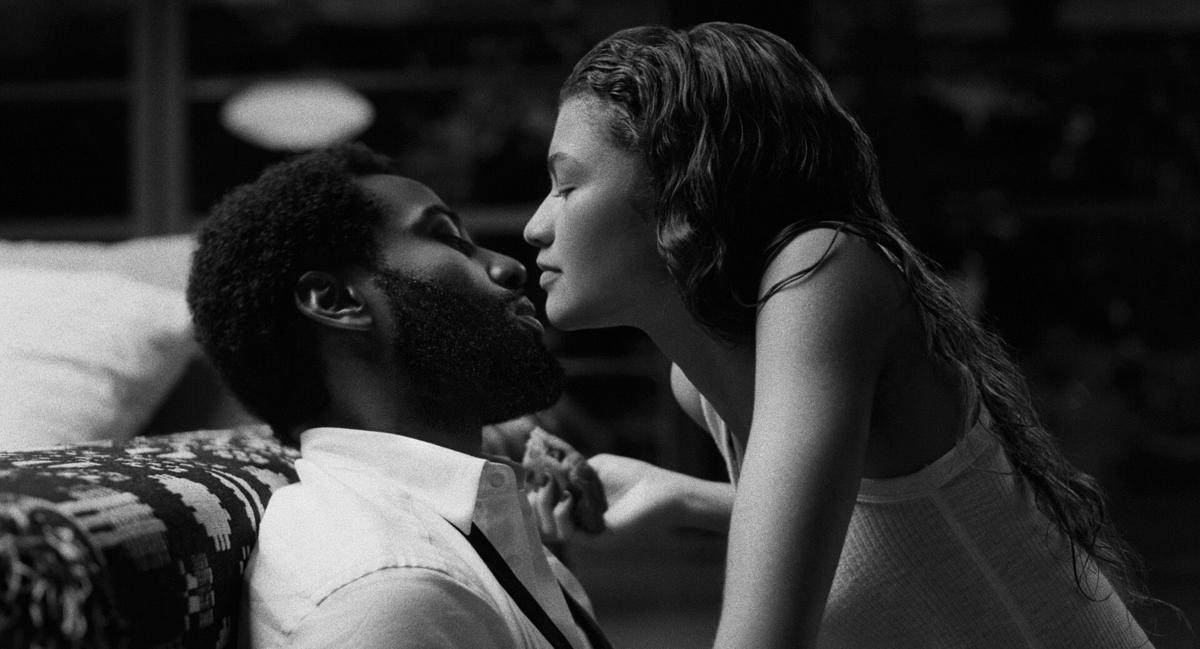 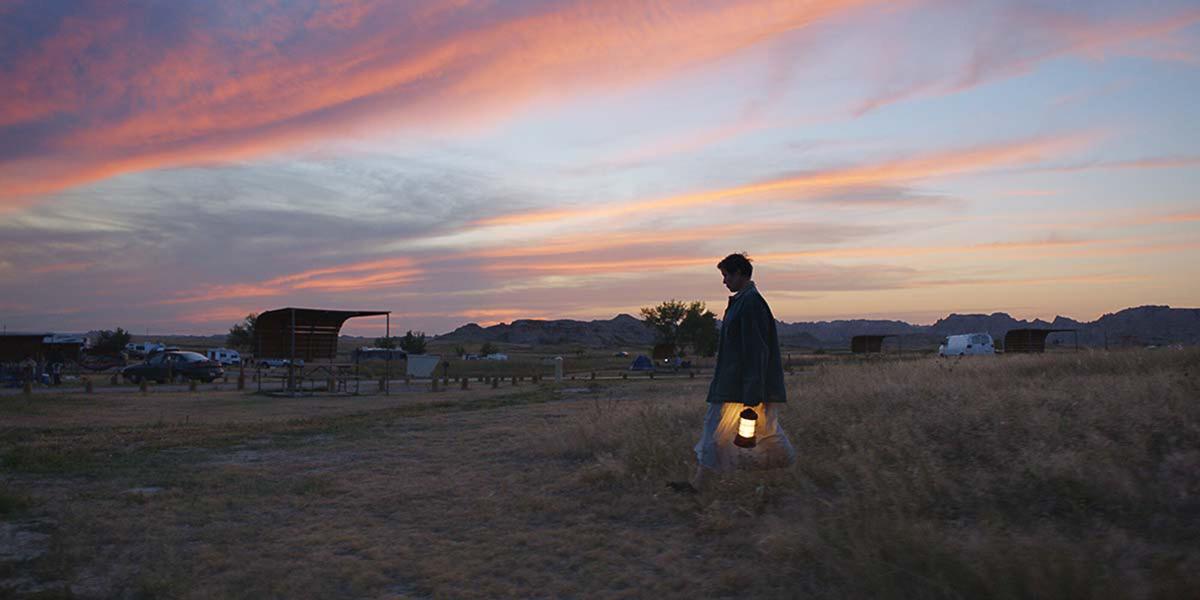 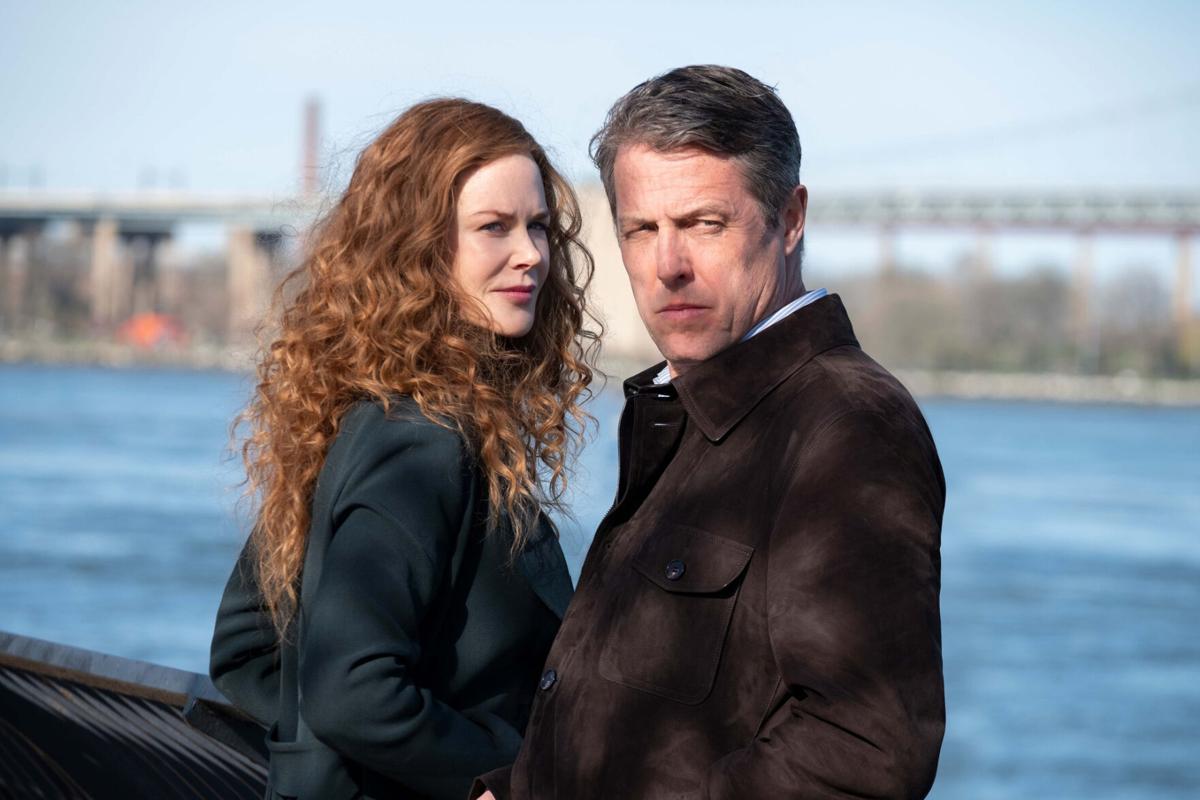 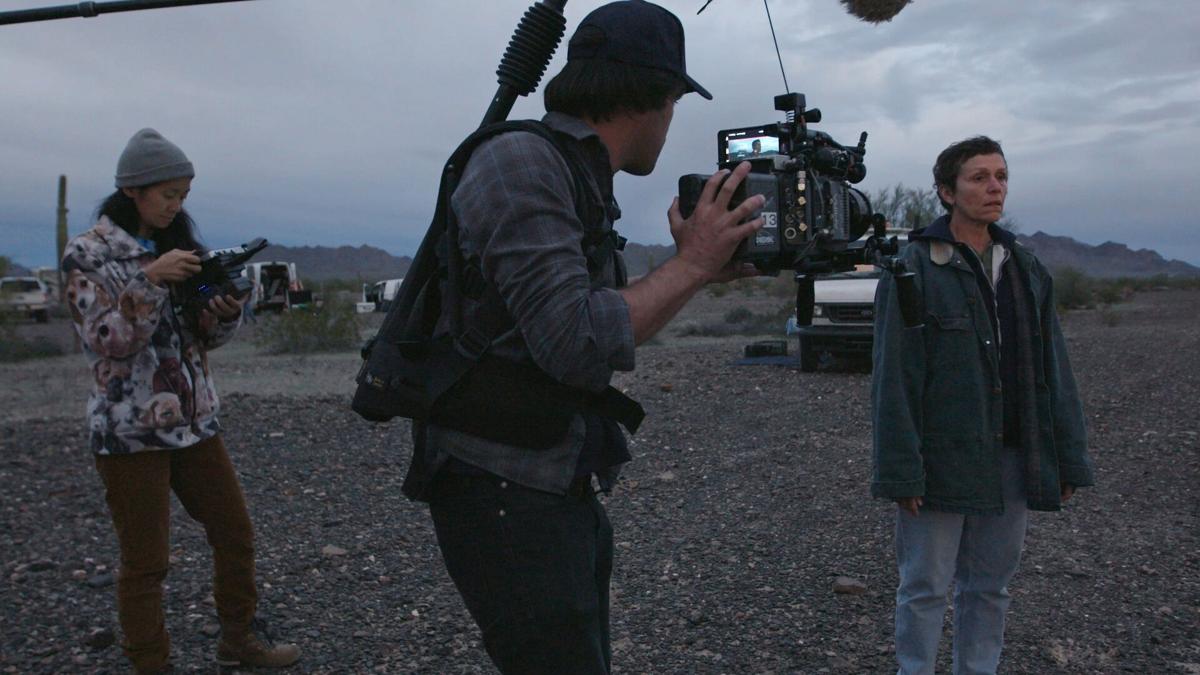 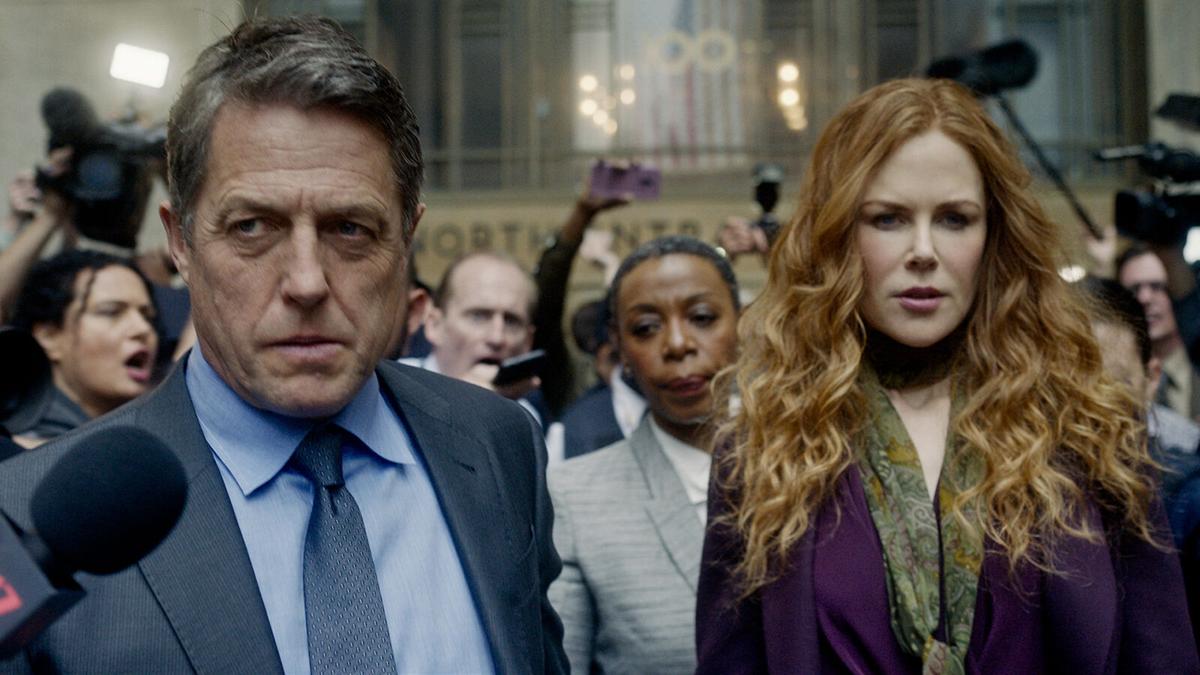 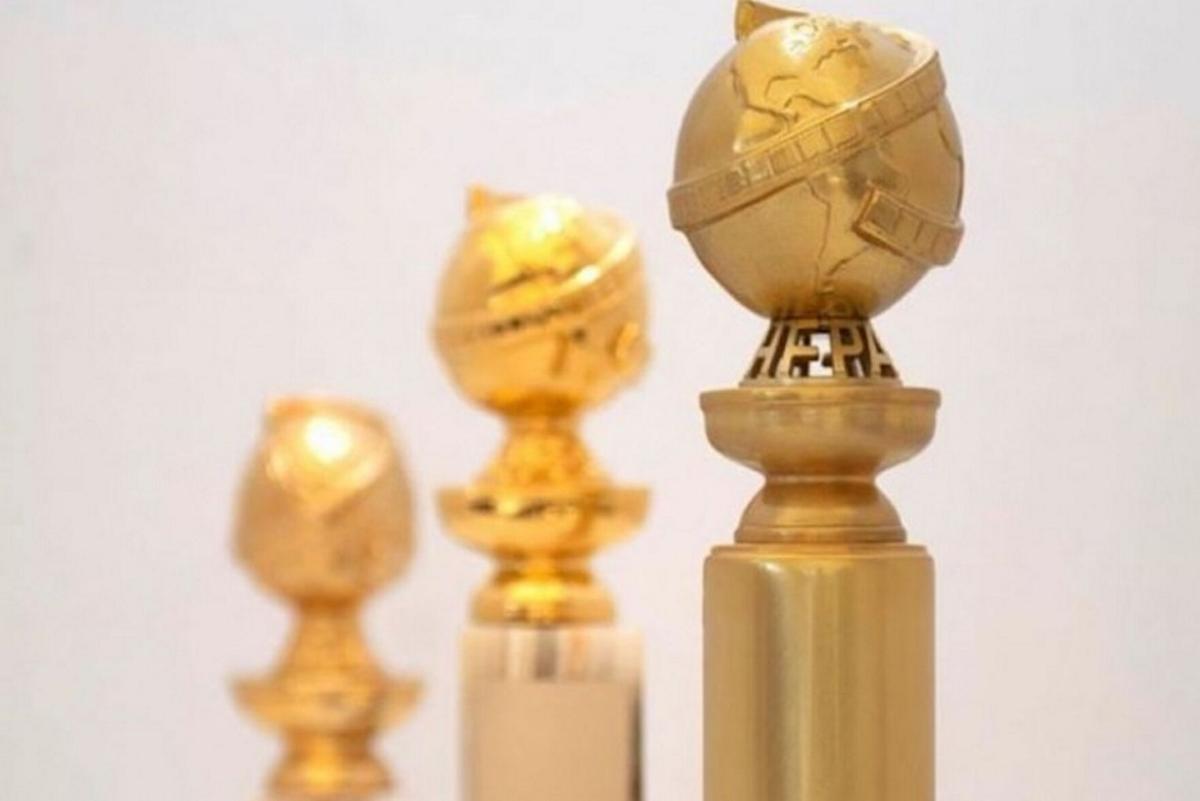 Here’s what Wednesday’s Golden Globe nominations tell us: Television delivered the blockbusters — and many of the conversation pieces — of 2020. Film, less so.

Long considered the lower form of entertainment, the COVID-19 pandemic and its stay-at-home rules hastened TV’s challenge to film as the more relevant (and, frankly, fun) medium. It took a decade or more of platform fragmentation and a boom of creative, daring and sometimes deeply flawed programming, but it’s safe to say that television is now the bolder, sexier, more glamorous medium than film. Just ask Nicole Kidman (nominated for “The Undoing”), Cate Blanchett (“Mrs. America”) and every other “movie” star who’s made the jump.

The flip has upended a generations-old hierarchy, and nominations in the Globes’ top categories are further proof.

Chances are you’ve watched drama series nominees “The Mandalorian,” “The Crown,” and/or “Ozark,” and you’ve at least heard of “Lovecraft Country.” (No matter if you missed “Ratched.” So did everyone else, except, apparently the Hollywood Foreign Press Assn.)

Now consider nominees in the motion picture drama category: “The Father,” “Nomadland,” “Promising Young Woman” “Mank” and “The Trial of the Chicago 7.” The first two on the list have yet to be released to the wider public in any meaningful way. “Promising Young Woman” has attracted outsized attention for the discourse around it. And the two you’re likeliest to have seen were Netflix productions, appearing alongside everything else in the streamer’s catalog, from the silly (“Bridgerton”) to the serious (“Unorthodox”) and every genre in between (“Night Stalker: The Hunt for a Serial Killer,” “Jingle Jangle.”)

With most movie theaters closed for close to a year now, all that content had to go somewhere. When he made “The Social Network” 10 years ago, “Mank” director David Fincher might not have imagined one of his works premiering on the same platform alongside “Teen Mom 2,” but that’s exactly what happened thanks to the weirdest year ever. And fans of Disney+’s “Hamilton,” Netflix’s “The Prom” and Amazon’s “Borat Subsequent Movefilm” watched them as us TV hounds do: at home, on the couch.

Viewers don’t and shouldn’t care what qualifies as a “motion picture” versus a made-for-TV movie or series anymore, if they ever did. But there’s more to the ascent of TV as an entertainment leader than accessibility. Nimble streamers have simply put out more content than traditional film studios, and with a better eye toward the country’s changing demographics and tastes. The Golden Globes are a barometer of that shift: Netflix amassed the most nominations among all contenders, split almost evenly among TV (20 nominations) and film (22), and other streamers — Amazon, Hulu, Apple TV+, HBO Max — also racked up multiple nominations apiece. By contrast, all of broadcast TV combined nabbed just one. (Comedy series actress Jane Levy, for NBC’s “Zoey’s Extraordinary Playlist.”)

Even from a creative perspective, the line is so blurred at this point that it might be useless. If we’re honest, “The Queen’s Gambit,” which landed nominations for limited series and lead actress Anya Taylor-Joy, is really one long film chopped into seven episodes. Amazon’s limited series “Small Axe” (my personal favorite) is five small films banded together into a TV anthology. And the Disney+ blockbuster “The Mandalorian” is a master class in how to condense gargantuan “Star Wars” productions into 50 or so riveting yet tidy minutes.

No matter the format, television is now doing what film used to, but better. It’s dazzling with star power, pushing the envelope, and capturing the zeitgeist. HBO’s drama nominee “Lovecraft Country” paired sci-fi and horror with the civil rights movement and the fight against white supremacy. Comedy contender “The Flight Attendant” looked at alcoholism through a millennial lens — within the context of a wacky murder mystery, naturally — while competitor “Ramy” and its nominated creator-star Ramy Youssef brought a similar generational sensibility to its daring depiction of a Muslim American millennial.

The Globe nominations reflect some of that luminosity, of course, but with it comes the dull sheen. The HFPA chose the pedestrian “Emily in Paris” over dozens of other sharp, topical and wildly creative comedies, not least Netflix’s “Never Have I Ever,” and entirely overlooked Michaela Coel’s stunning “I May Destroy You.” Ryan Murphy’s flailing recent offerings, which include “Hollywood” and “Ratched,” were nominated, while fresher series, like “Dead to Me” and “The Boys,” were not. And Youssef, along with “Black Monday’s” Don Cheadle and “Small Axe’s” John Boyega, accounted for the total number of TV performance slots to go to people of color. You have to really work at keeping GlobesSoWhite during a year so marked by diverse narratives.

Film, hobbled by the pandemic, had vanishingly few blockbusters to offer to the usually glitz-attracted Globes voters, with those that weren’t delayed entirely — “Wonder Woman 1984,” “Tenet” — making more of a soft imprint than a dent. And while the indie sensibility honored on the film side is well worth celebrating, it’s nice to see the cultural power that has made the small screen so big recognized. Even if it’s to kick off Oscar season.