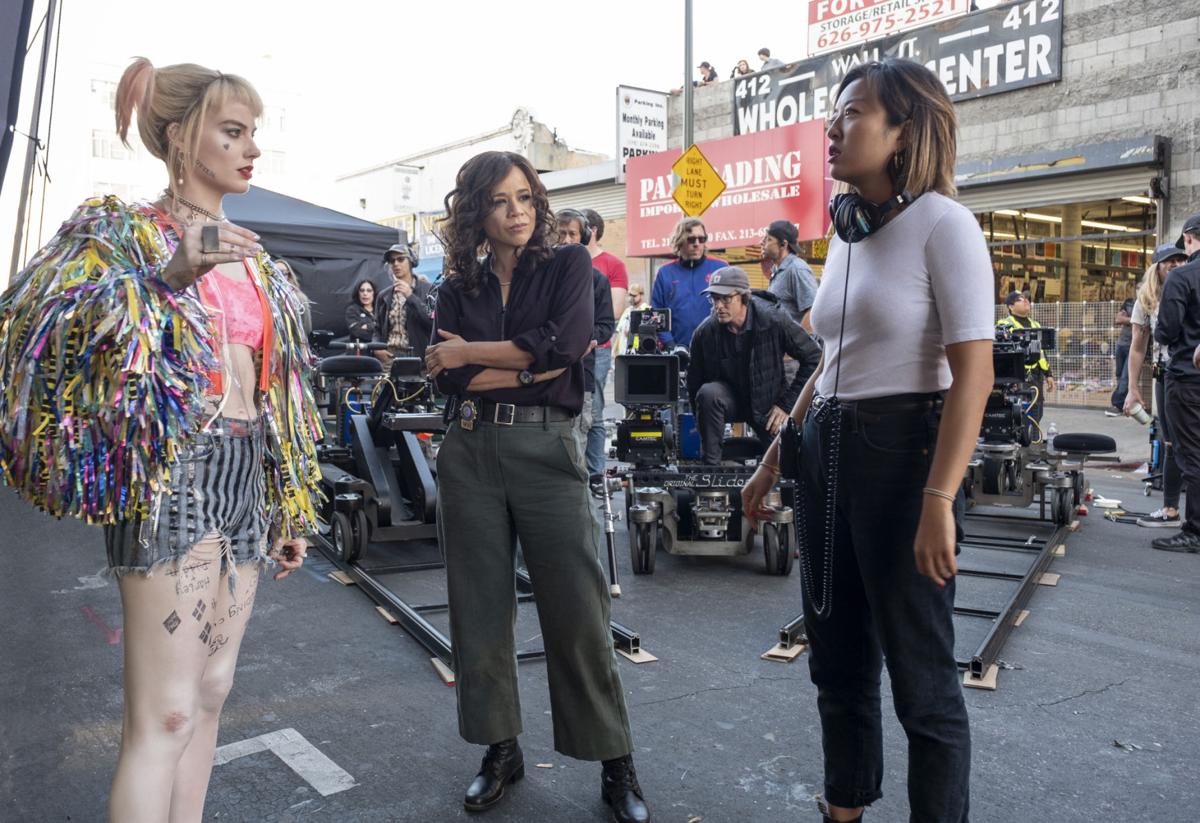 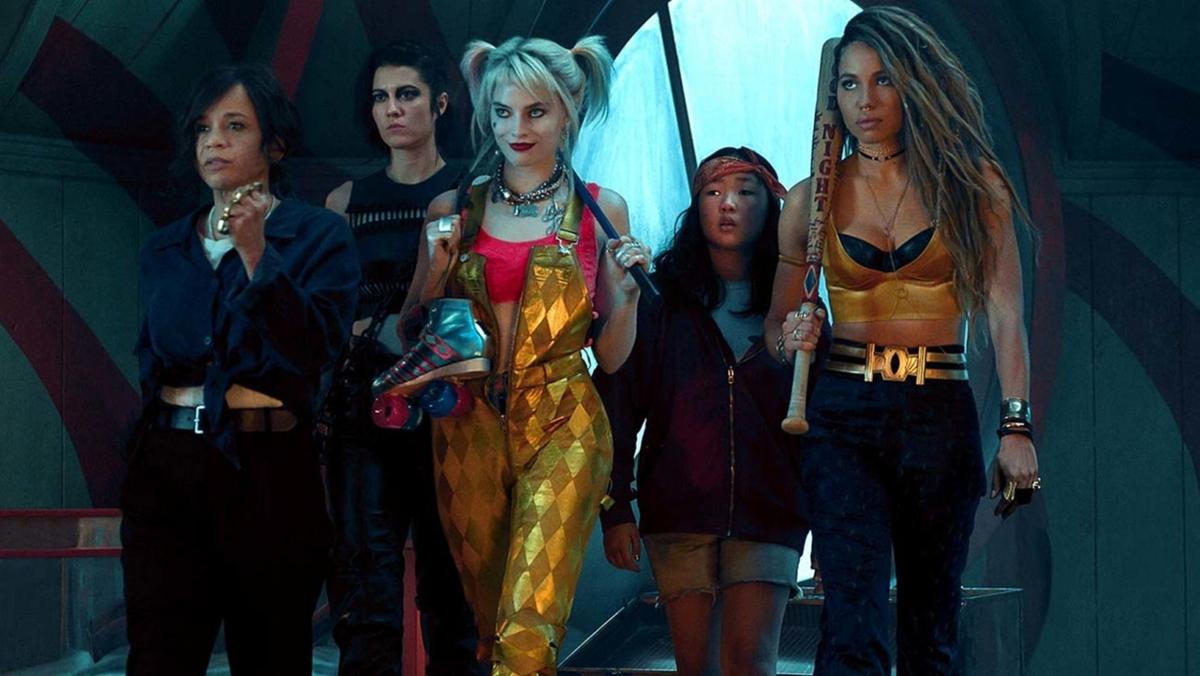 The last time we saw Harley Quinn (Margot Robbie), in the very last scene of “Suicide Squad,” she was happily reading a book and sipping an espresso behind bars, only to find herself suddenly freed by her boyfriend, the Joker (Jared Leto). “Puddin’!” she squealed at the sight of her green-haired paramour, though if you watch that scene again, you may find her delight more forced than persuasive. It’s an unusually strained moment, and surely no fault of Robbie, a versatile actress with a Cheshire cat’s grin who was always a good match for Harley’s brand of lunacy. Clearly, not even the most irrational mind would want to go home with this joyless, juiceless excuse for a super-villain.

Mercifully, the Joker is nowhere to be seen in “Birds of Prey,” a sleek, diverting, hyper-violent new caper that arrives bearing the cheeky subtitle “(and the Fantabulous Emancipation of One Harley Quinn).” She isn’t the only one who’s been emancipated. You might say that the whole movie — a fast, cheap and carefully controlled distraction from the bigger, heavier goings-on at the DC Comics blockbuster factory — has successfully emancipated itself from the dead weight of Leto’s Joker, a cinematic non-starter that was recently eclipsed by Joaquin Phoenix’s superior, soon-to-be-Oscar-winning upgrade.

Whether we will ever see Robbie and Phoenix team up for a Harley-Joker reunion is unclear, though personally I hope not; it is hard to imagine their characters occupying the same Gotham City, let alone the same movie. “Joker,” indebted to the sweatily atmospheric New York crime pictures of Martin Scorsese, is a bleak and brooding character study, thick with doomy portent and disturbing psychological undercurrents. “Birds of Prey,” directed by Cathy Yan from a screenplay by Christina Hodson, is an impudent blast of comic energy. Light on psychology and devoid of prestige, it’s a slab of R-rated hard candy that refuses to take anything, least of all itself, too seriously.

These differences — the careful separation of themes, tones and styles — seem both deliberate and a little refreshing. At the beginning of “Birds of Prey,” in a blur of bright-colored animation and fast-chattering voice-over, we learn that the former “king and queen of Gotham City” have abruptly called it quits; cue shots of Harley slurping cheese out of a can and commiserating with her newly acquired pet hyena (named Bruce, as in Wayne). Consciously uncoupling yourself from an abusive psychopath might sound like a healthy life decision on paper, but the opposite may be true for Harley: Absent the protection of her beloved “Mister J,” she finds herself at the mercy of every two-bit thug she ever crossed, maimed or injured, of whom there are almost too many to count.

And so, with her blond pigtails cut short but her roller skates and Louisville Slugger still at the ready, Harley Quinn does what any star of her own standalone brand-extension exercise would do: She gets herself a posse, a dream team, a league of her own. Because she’s a lousy planner and doesn’t really like other people, this happens largely by accident, and occupies most of the movie’s swift 109-minute running time. Harley introduces all the relevant parties with a playfully scatterbrained voice-over, merrily hopscotching across time frames and tying together a convoluted story that has neither the desire nor the need to cohere.

Her unlikely future allies in blockbuster intersectional feminism include Renee Montoya (Rosie Perez), a disgruntled Gotham cop who’s hot on her trail, and Helena Bertinelli, a.k.a. the Huntress (the never-not-welcome Mary Elizabeth Winstead), whose traumatic origin story, revealed in an O-Ren Ishii-style flashback, has made her lethal with a crossbow if charmingly awkward in the self-promotional department. There’s also Dinah, a.k.a. Black Canary (a strong Jurnee Smollett-Bell), a songbird with a killer voice and killer fists to match, and a wily teenage thief, Cassandra Cain (Ella Jay Basco), who goes on the lam with Harley and whose digestive tract becomes a crucial plot point for reasons best left unexamined here.

Both Dinah and Cassandra are entangled with the story’s designated villain, a velvet-suited nightclub owner named Roman Sionis (Ewan McGregor) whose sadistic schemes center on the acquisition of a uniquely valuable diamond. It’s too bad that whatever kinky shenanigans Roman gets up to with his knife-wielding henchman (a cheerfully debauched Chris Messina) are mostly left off-screen. Or maybe it’s a good thing, since what they really seem to get off on is slicing off the faces of their victims in thin, Fruit Roll-Up-like sheets.

The application of a knife to a human face is the sort of callous, jokily violent image that can push you right out of a movie, though Yan — making the big Hollywood leap after her 2018 Sundance-premiered debut, “Dead Pigs” — has a flair for pulling you back in. She and her expert director of photography, Matthew Libathique (“Black Swan,” “A Star Is Born”), have a clean and steady eye for action, as do the editors Jay Cassidy and Evan Schiff. Together with a crew that includes costume designer Erin Benach (“The Neon Demon”) and production designer K.K. Barrett (known for his inventive work with Spike Jonze), they enliven the relentless groin-smashing, bone-crunching mayhem with periodic bursts of gaudy color, including Harley’s tinseled pompom sleeves as well as multihued eruptions of smoke and glitter.

With a soundtrack of busy, dreamy pop covers like “Diamonds Are a Girl’s Best Friend” or “Hit Me With Your Best Shot,” it’s all as tasty, chewy and disposable as bubble gum. It’s also a marked improvement on “Suicide Squad,” which may not be saying much, insofar as two hours spent in the company of a pitch-black screen would be a marked improvement on “Suicide Squad.” Still, Yan and Robbie have largely salvaged Harley Quinn from the dour, sexist ugliness of that 2016 movie, where she was little more than a tongue in a tight T-shirt, something for the camera to ogle in between interminably muddled action scenes.

The filmmakers haven’t exactly imbued the character with untold depths or — apart from a nod to her rebellious childhood, her doctorate in criminal psychology and a familiar vat of acid — done much to embellish her fascinatingly grim back story. But they have turned her from a psycho’s plaything into a self-made antiheroine who, with a little help from her friends, can shoulder the weight of her own adventure. In doing so, they’ve subverted the character’s Quinn-tessence: Just because you’ve seen one Harley doesn’t mean you’ve seen a moll.