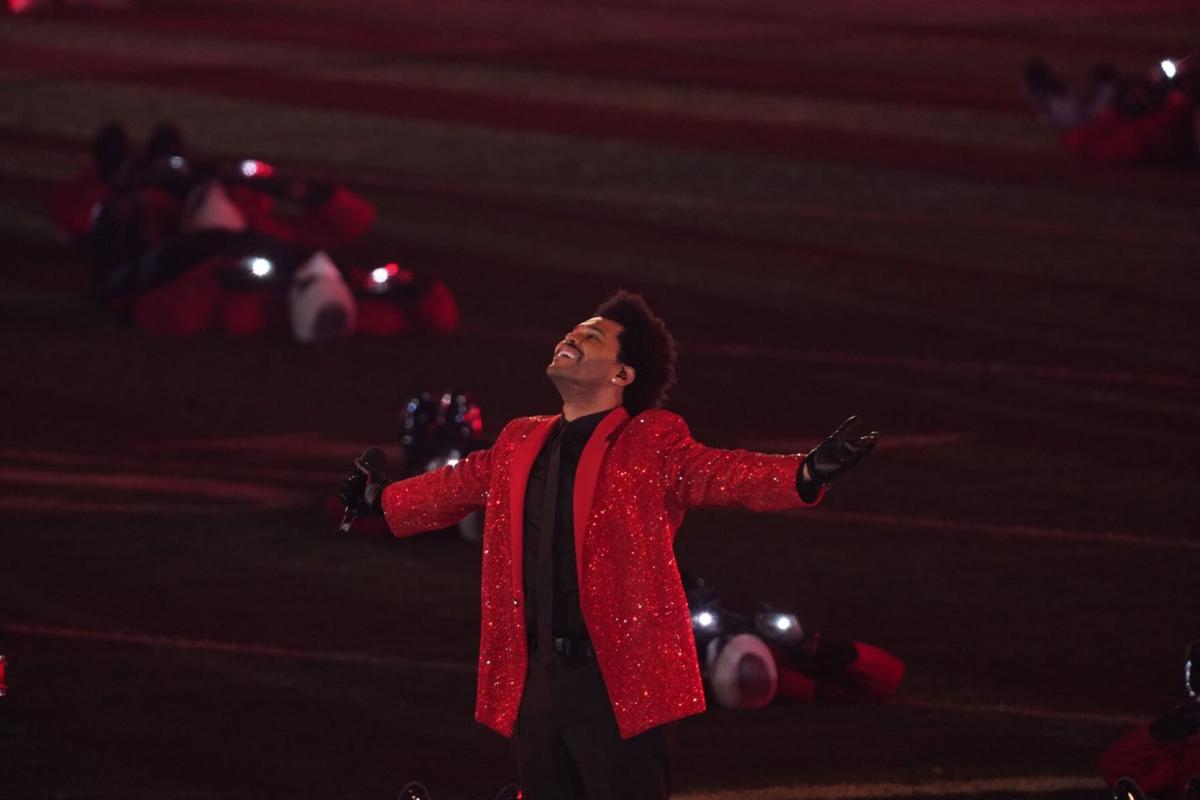 The Weeknd performs in front of fans during the halftime show for Super Bowl LV on Feb. 7 in Tampa, Fla. Martha Asencio Rhine/Tampa Bay Times/TNS 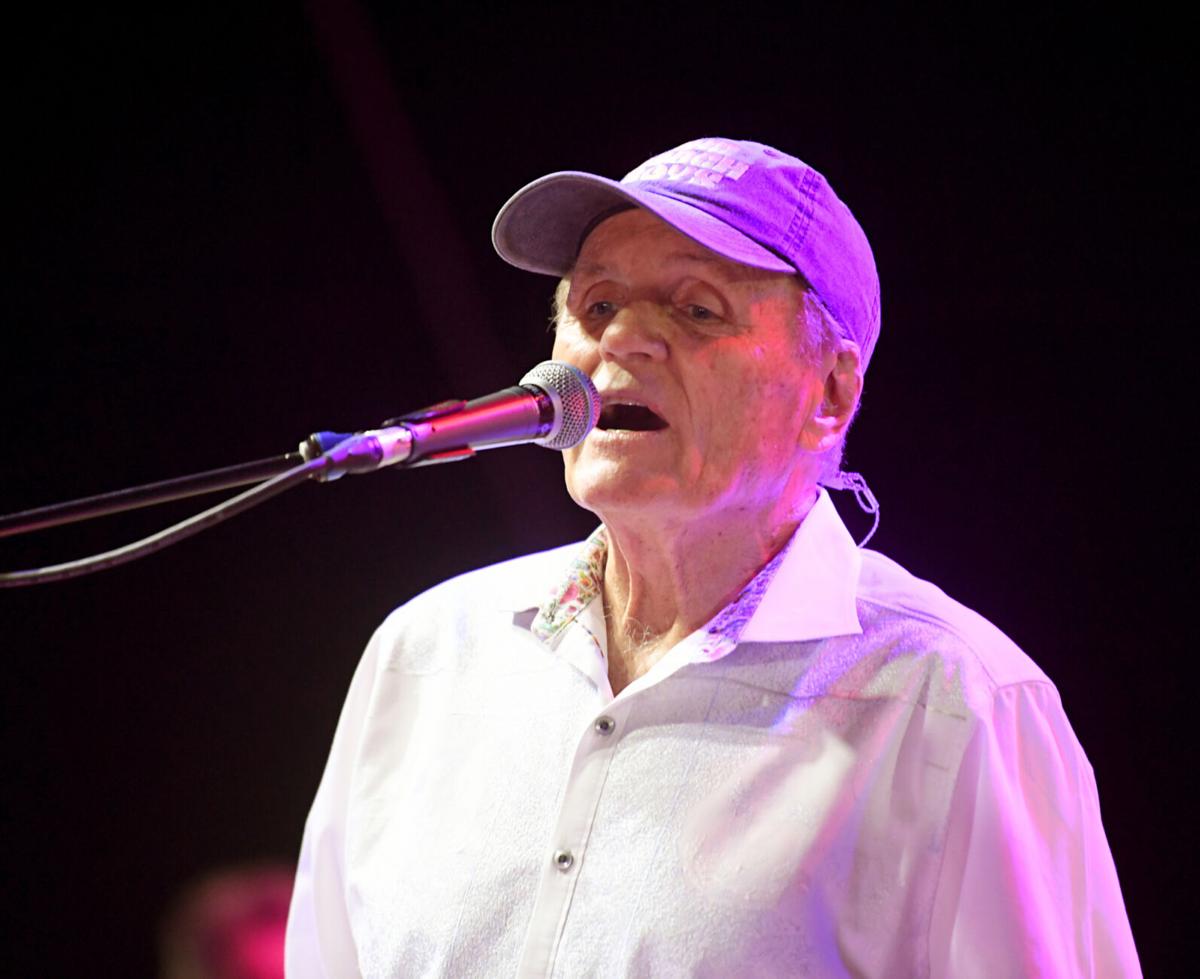 The Weeknd performs in front of fans during the halftime show for Super Bowl LV on Feb. 7 in Tampa, Fla. Martha Asencio Rhine/Tampa Bay Times/TNS

Look beyond the usual suspects credited as collaborators on the Weeknd’s new album “Dawn FM” — think Max Martin, think Calvin Harris, think Oneohtrix Point Never — and you’ll find a more unexpected name in the album’s liner notes: Bruce Johnston of the Beach Boys, who’s listed as a writer and producer on the track “Here We Go... Again” along with Rex Kudo, known for his studio work with Post Malone and the late Juice WRLD.

A shimmering soft-rock ballad with lush choral vocals and a tender yet witty lyric about sliding into a new romance, the song is one of “Dawn FM’s” clear standouts. But how exactly did Johnston, who at 79 continues to perform regularly with Mike Love’s touring version of the Beach Boys, get involved? I called him last week at his home in Santa Barbara, Calif., to find out.

Q: Take me back to the beginning of this song.

A: Here’s how it rolled out. I was put together with Sonny Moore — Skrillex — a couple summers ago. I kind of knew who he was. As a guy over 20, I’m not going out and doing many gigs with DJs. But so I went down to Shangri-La Studios across from Zuma Beach, where I surf, and we just hit it off. I met a guy named Heavy Mellow — what a guitar player. And I met Rex Kudo, who’s become my new brother in the last two years.

We just started recording, making stuff up on the spot. Over time I started bringing Mike Love’s son, Christian Love, to our sessions. He’s amazing. As much as you might miss Carl Wilson, when you hear Christian Love sing “God Only Knows” — wow.

Anyway, these guys, they never stop recording. One time I got there and Rex was in a pup tent, sleeping on the grass after a session. Eventually, Rex says, “Come down to my house,” a little further down PCH. We have no Beach Boys shows because of the pandemic, so I go down and bring Christian along with me. Rex hands me a Bullet mic, the kind that Mick Jagger would use when he plays the harmonica, and we just start singing. Few days later, Rex says, “Hey, we played that thing for Abel” — you know, the Weeknd — “and he really likes it.” This is 6, 8 months ago. Somehow it floated into his creative ether and he jumped in as a writer.

Q: Did you know about the Weeknd before this?

A: Who wouldn’t know about the Weeknd?

Q: What did you know?

A: I knew that he was a guy from Toronto who has the most beautiful, high voice and some great hits with Max Martin. I stay up to date, not to worry.

Q: Have you met him in person?

A: I haven’t. But the man has heart and soul and vocal range.

Q: Do you know what he was drawn to in your original piece of music?

A: He got hooked on some of the melodic things that I did and maybe some of the harmonies that Christian and I did. I only heard the final mix last night on Amazon. It’s like he colorized what we did in black and white. In the old days you’d slow-dance to it.

Q: Did he tell you what the finished song would be about?

A: I think they probably wanted to give me a late Christmas present.

Q: In the song he sings, “Said you wanted your boyfriend jealous with a couple pics/ And you didn’t expect to fall for me once you got this dick.”

A: That’s not a lyric I wrote.

Q: I wouldn’t have thought so.

A: But am I gonna criticize? No, because what I like about our country is that we have freedom of expression. If that’s the way he hears it, that’s the way he’s gotta do it. It fits the vibe of the song. Go Abel.

Q: You have more material you recorded with Rex and Skrillex?

A: Hours of it. I’ve been going in since a year ago July, and I’m going in Monday at 2 o’clock. These guys, it’s like the Wrecking Crew in the 21st century. They can write, sing, play, produce. They pool the music and then offer it around, and for the artists it’s like trying on clothes before you customize it.

Q: A different way of making records than in the Beach Boys’ day.

A: Right, Brian Wilson owned it all. Still does. But creatively it’s the same vibe as when I joined the band in the spring of ‘65.

Q: Would you ever do a solo album with them?

A: No. I don’t care about a Bruce Johnston record. I need to spend my time, what’s left of it, on songwriting. I still have some magic left.