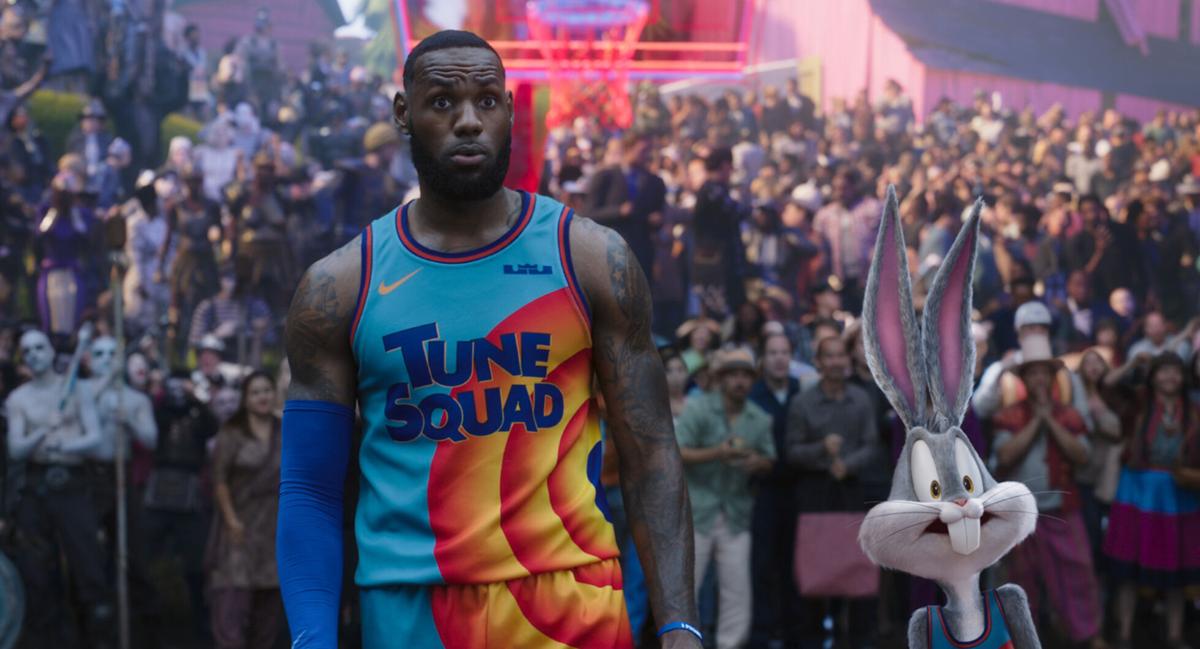 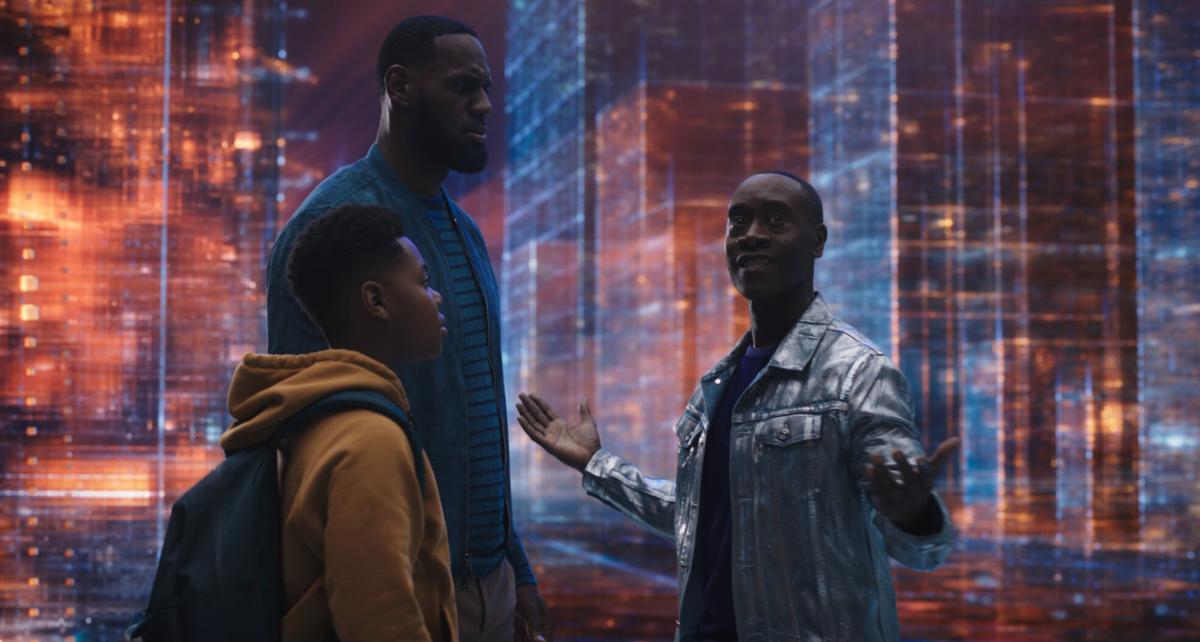 Google around for anything to do with “Space Jam: A New Legacy,” and the insidious search engine autofills with what all the cool algorithms are asking: “Is Pennywise in ‘Space Jam 2’”?

Yes, kind of. Alongside nearly 100 years’ worth of famous and semi-obscure Warner Brothers characters, including a passing reference to “42nd Street,” the killer clown from the “It” movies can be spotted milling around on the sidelines in director Malcolm D. Lee’s passable blur of a sequel.

The gimmick is in the rulebook. In his “regular” life as son of a legendary-but-not-Michael-Jordan-level NBA superstar, LeBron’s son Dom (Cedric Joe) would rather design basketball-themed video games than hit the court himself. When the movie’s protracted climax arrives, it’s the video game writ large, with power-ups and style points. Anything’s possible; occasionally, some of it’s funny. (I like that the Tunes are down 1,002 points at the half.)

The championship game this time pits the Tune Squad — LeBron James, Bugs Bunny and company — against Don Cheadle’s Goon Squad, made up of vengeful humanoid algorithm Al-G Rhythm’s fearsome starting five. The B story deals with how LeBron learns to be a better, more understanding father. The A story’s about an entertainment conglomerate half-heartedly milking its library ‘til the cows come home.

The experience of “Space Jam 2 is like watching someone else hog the controller for a couple of hours. Six credited screenwriters put the words together, and while the sequel has more of a calculated heart than the 1996 hit starring Jordan and Bill Murray, you’d have to watch the new one a second time to determine if those six writers managed two jokes apiece.

Instead of big jokes that land, “Space Jam 2 settles for in-jokes on the runway, and a firehose spray of visual references to WB film history whether they belong in a movie featuring Porky Pig and Daffy Duck or not.

Does it add anything to a PG-rated family film to throw in Pennywise, or the droogs from “A Clockwork Orange,” or (points for this one), the hotsy-totsy nun from Ken Russell’s “The Devils”? These throwaway bits aim squarely at the olds who likely saw “Space Jam” back when Jordan and the Bulls reigned supreme. But the background characters don’t quite pop; nothing’s done with them (not that you’d want that). Before long the movie begins to feel like a fancy, in-house industrial for the WarnerMedia marketing and IP departments.

Between Jordan and Murray, the first “Space Jam” carried an almost inhuman amount of Chicago swagger, spanning two performance professions. Here’s my relatively indefensible problem with both “Space Jams”: Fidelity to the source material, in this case the Warners animation triumphs of the previous century, doesn’t necessarily win any filmmaker style points, or guarantee a better movie.

Yet as a WB admirer since childhood, and someone whose first encounter with “Duck Amuck” was like a thunderbolt, hearing Foghorn Leghorn use the word “sucks,” or seeing Tweety Bird’s Granny doing an Elaine Stritch cocktails-before-lunch routine — well, if they were genuinely sharp, that’d be one thing. But the character tweaks play like lazy updates thrown against the wall to see if they’ll stick.

This time around, for the record, Lola Bunny has been made to be more than the sum of her Jessica Rabbit-inspired parts. In the end, even without a movie-saving Bill Murray around (though he makes a photographic cameo in the end credits) to fully save it, “Space Jam 2 is a smoother, less grating experience than the first one. Faint praise? Faint movie.

On the whole, I’d go with the 2018 basketball comedy “Uncle Drew” over either “Jams.” One-joke movies, all three. But it helps when the gags don’t stop at the reference point and dribble in place while the clock runs out.