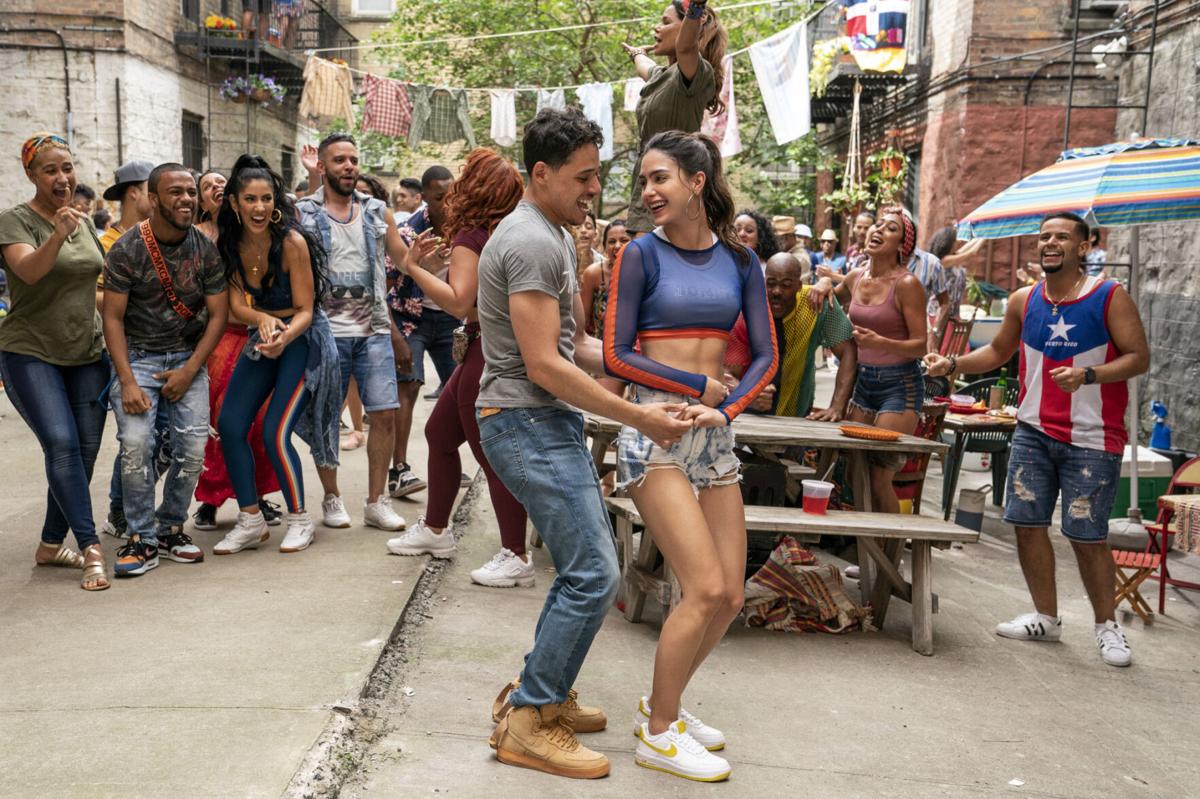 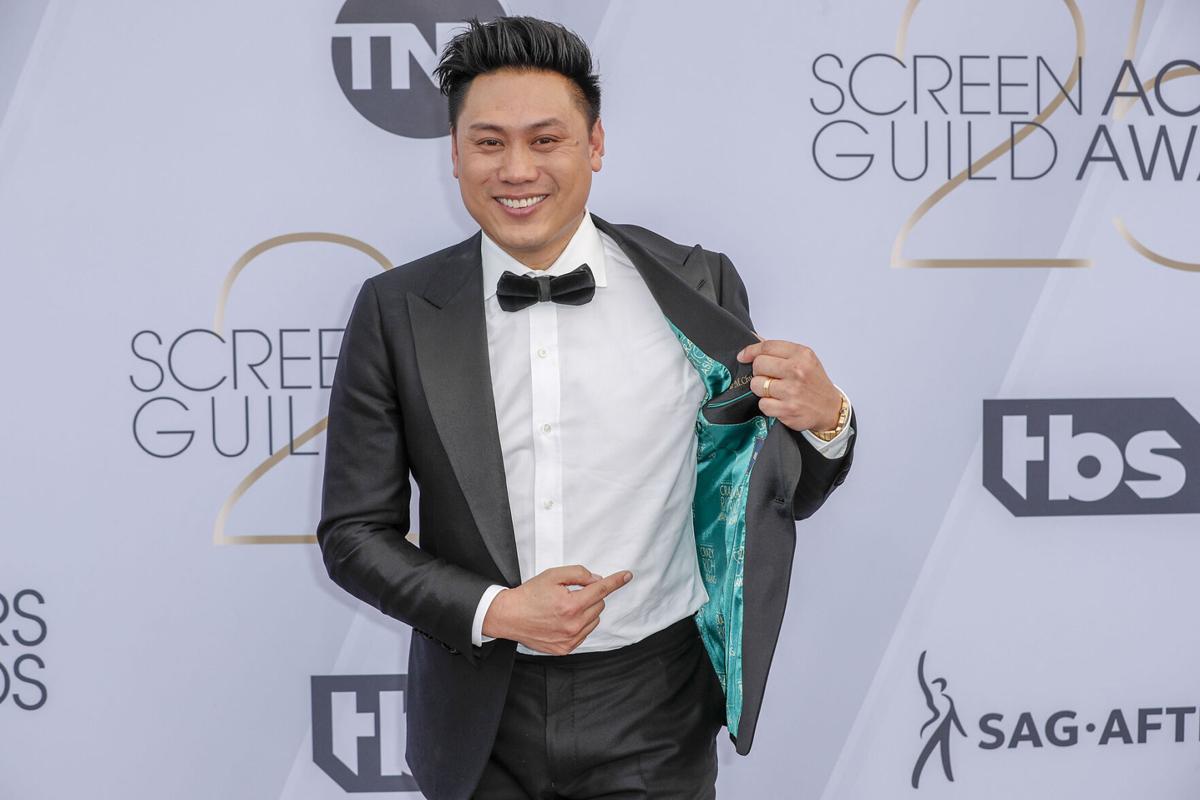 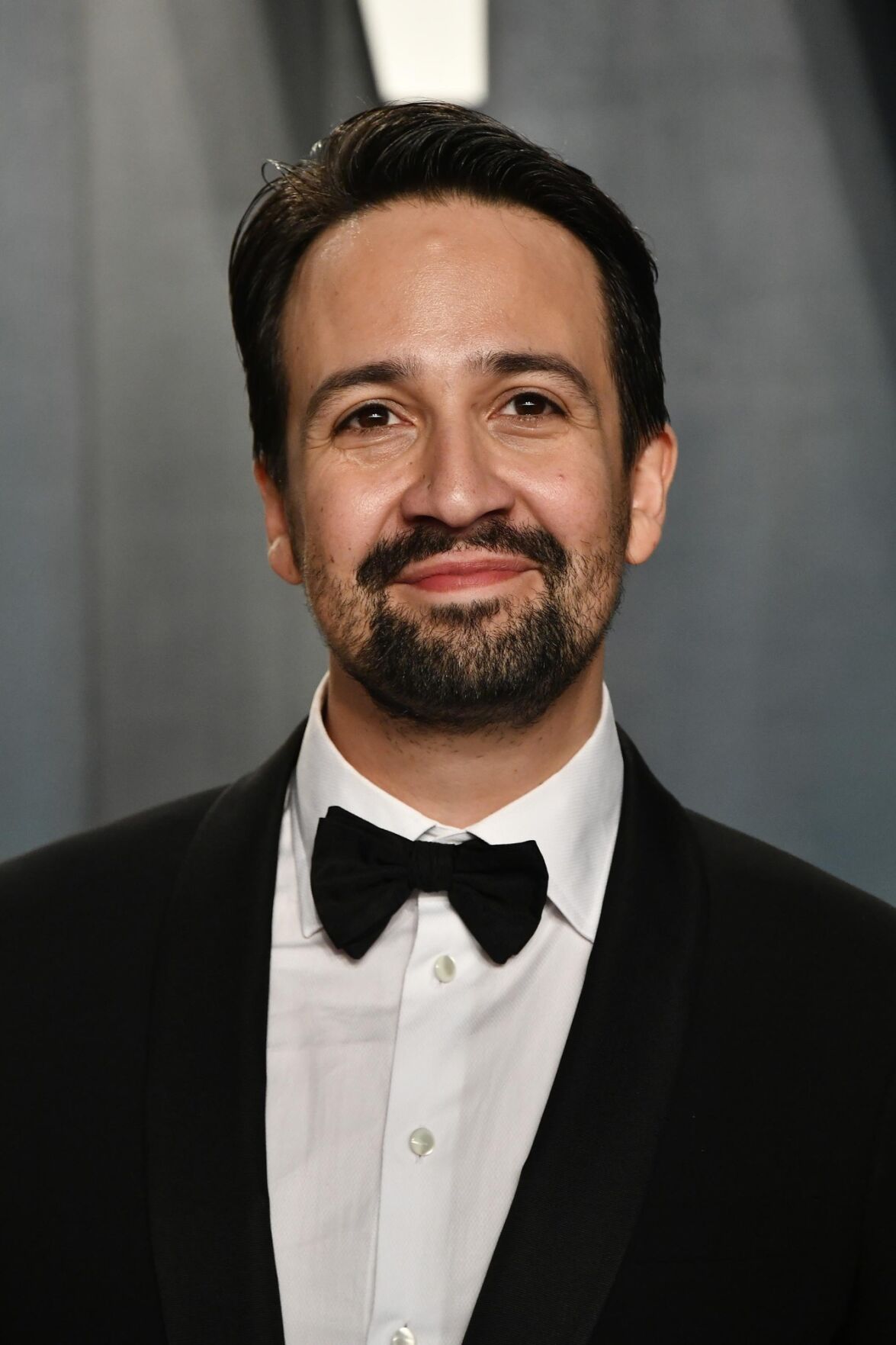 OK, let’s talk about musicals. Let’s talk about the way that an enormous movie screen filled with dancing bodies personifies joy for so many of us, and about how emotions expressed in song — be it traditional musical-theater song, rap poetry or a glorious medley of both — feel bigger and brighter. And let’s talk about how, after a year of darkness and solitude and worry, “In the Heights” arrives like a gift wrapped in sunshine. Maybe I didn’t exactly dance down the aisle on my way out of the theater, but rest assured that I did so in my heart.

Lin-Manuel Miranda’s musical, written with playwright Quiara Alegria Hudes, was a Broadway hit back in 2008. Now, after a long delay, it arrives on-screen — a bold, bright, infectiously joyous musical about love and dreams, set in a primarily Latino neighborhood in Manhattan where “the streets were made of hustle.”

Usnavi (Anthony Ramos) is one of those hustlers — a young man who owns a neighborhood bodega and dreams of a better life elsewhere. (You watch — as you do with all good musicals — knowing that no place could ever be better than right there.) He’s the central character, but others join the dance: Benny (Corey Hawkins), a resourceful car-service dispatcher; Nina (Leslie Grace), home from college and heavily feeling the weight of her family’s expectations; Vanessa (Melissa Barrera), who works at the local beauty salon but dreams of being a fashion designer; Abuela Claudia (Olga Merediz, reprising her Tony Award-winning Broadway role), the neighborhood’s loving resident grandma.

Other than one poignant tragedy that we can all see coming, “In the Heights” isn’t so much about plot as about what it feels like to be young and hopeful and so alive that you simply have to dance, because words aren’t enough. Director Jon M. Chu (“Crazy Rich Asians”) lets us feel the hot, heavy air of a Washington Heights summer, and dazzles us with movement: enormous swathes of fabric unfurling from buildings as Vanessa races down an empty street; a swimming-pool number that would have made Busby Berkeley proud; a sweetly romantic dance on a fire escape that happily turns our hearts upside down. All of the actors are charming, particularly a beaming Miranda in a small role; everyone seems impossibly beautiful.

And one tiny moment haunted me, in the best of ways: After the end of an elaborate dance number taking place on the street, everyone returned to walking — except one little girl, who kept on dancing on the sidewalk, whirling by herself to music only she could hear, as if just a little piece of the number’s joy had flowed into her real life. Musicals are fantasies, and yet sometimes life can feel just a little bit like a musical, if we’re lucky. How lovely it feels to be dancing again.

Directed by Jon M. Chu, from a screenplay by Quiara Alegria Hudes, based on the stage musical by Lin-Manuel Miranda and Hudes.

Rated: PG-13 (for some language and suggestive references)

Playing: In theaters now and streaming on HBO Max.