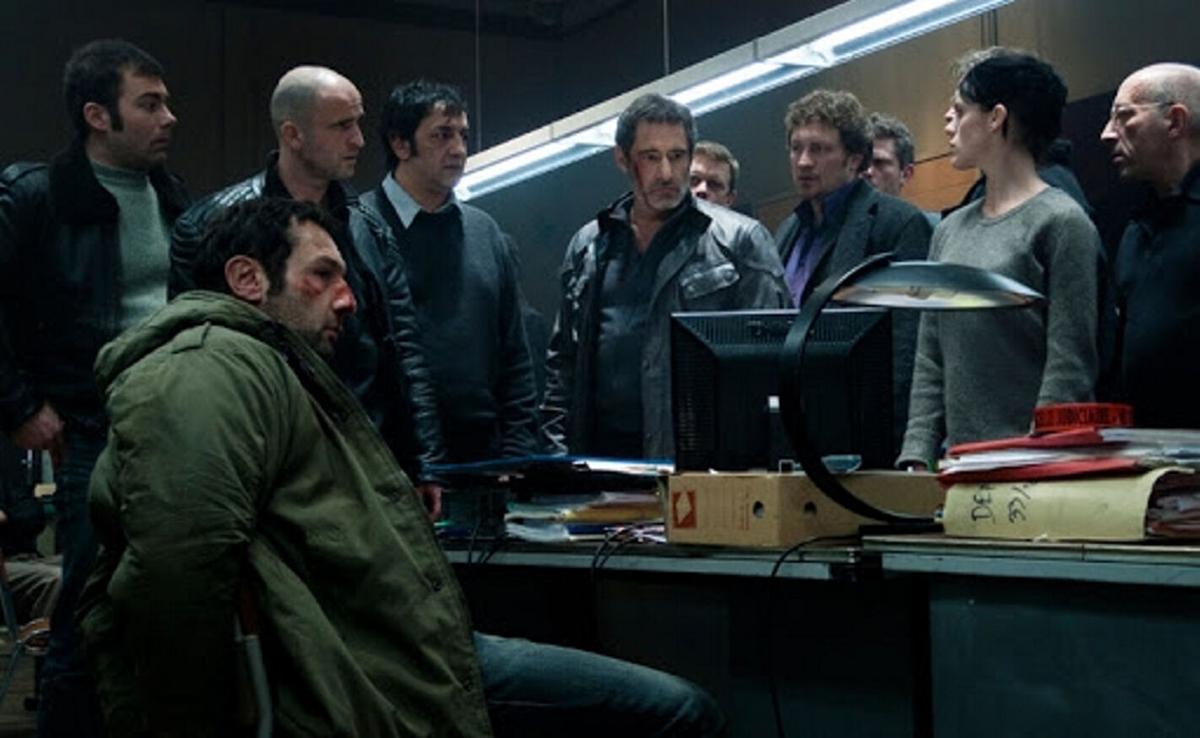 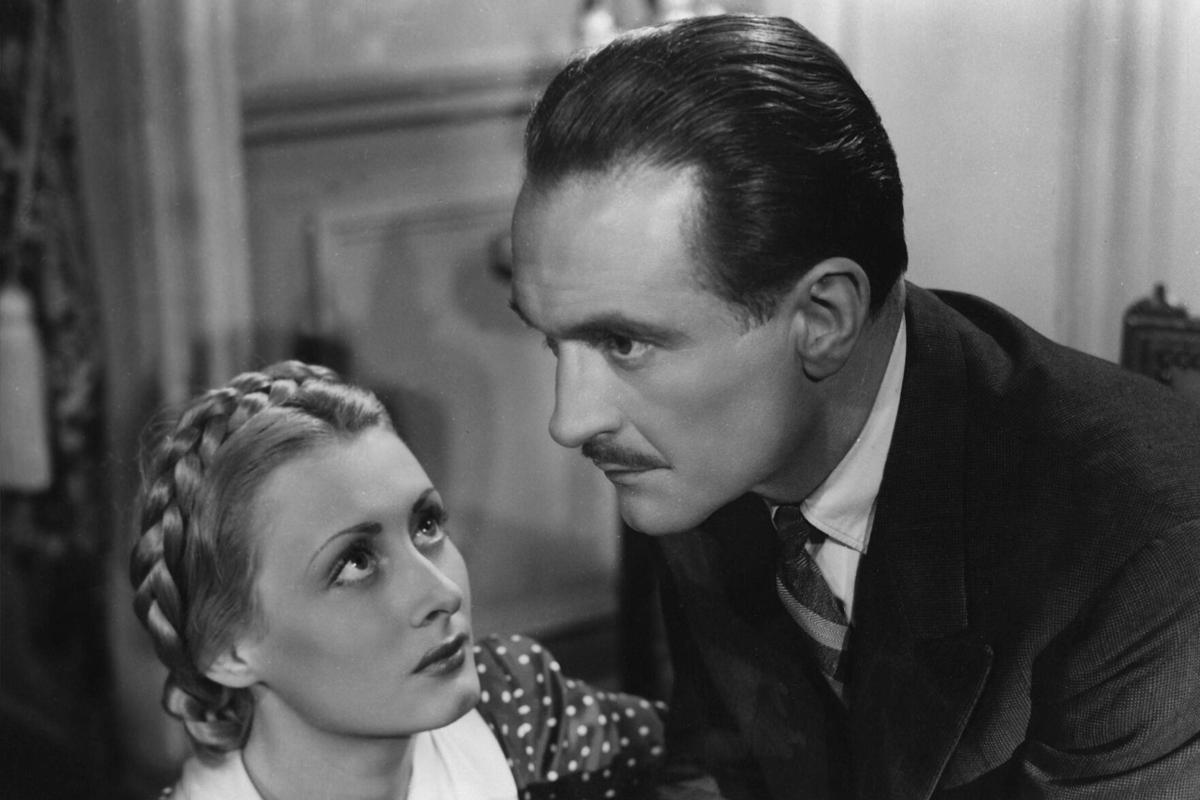 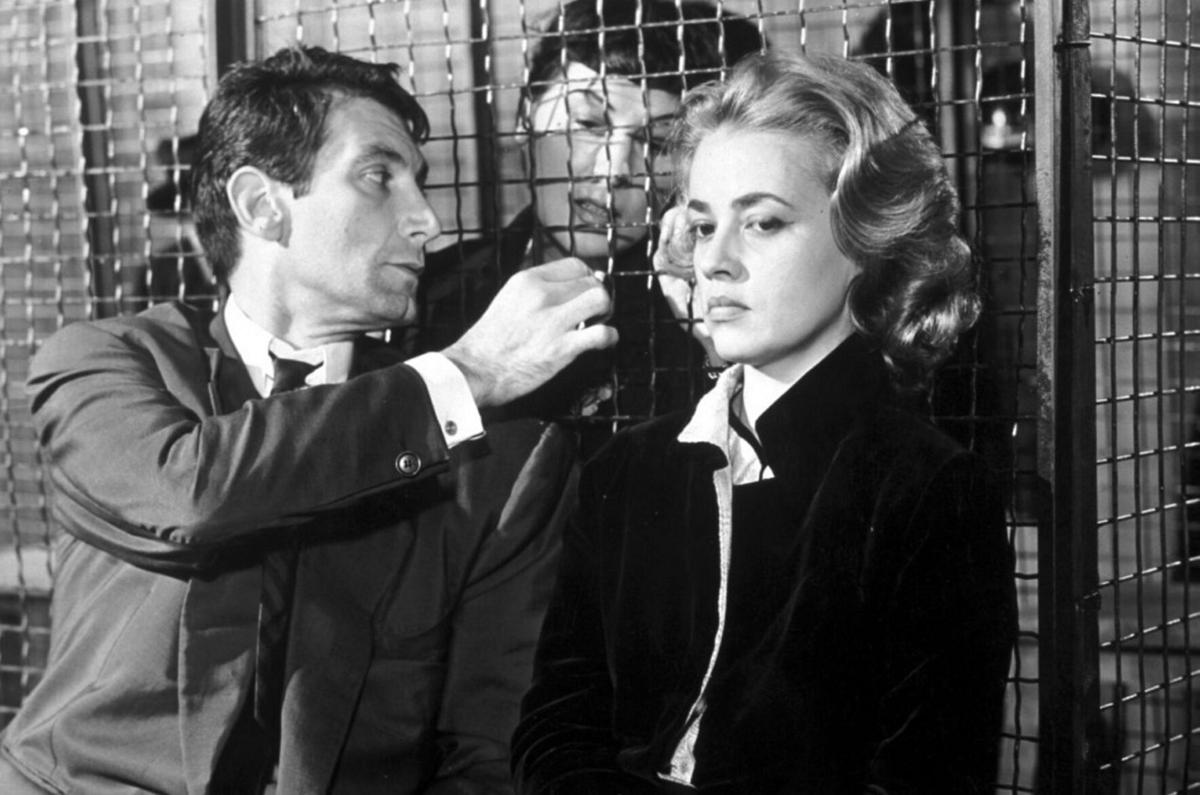 “Elevator to the Gallows” 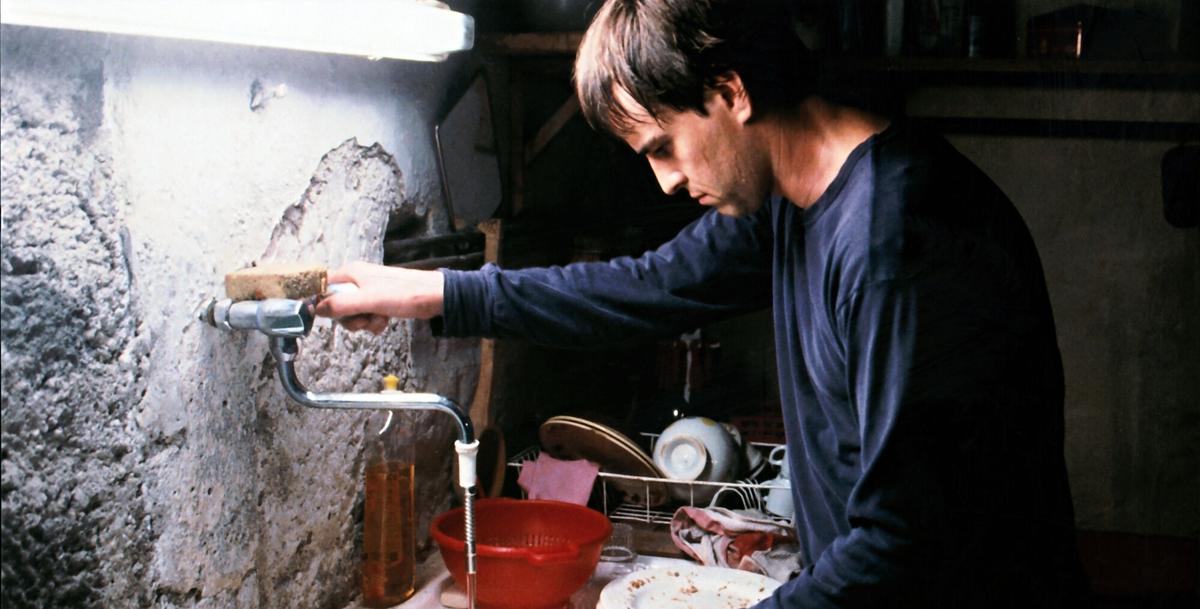 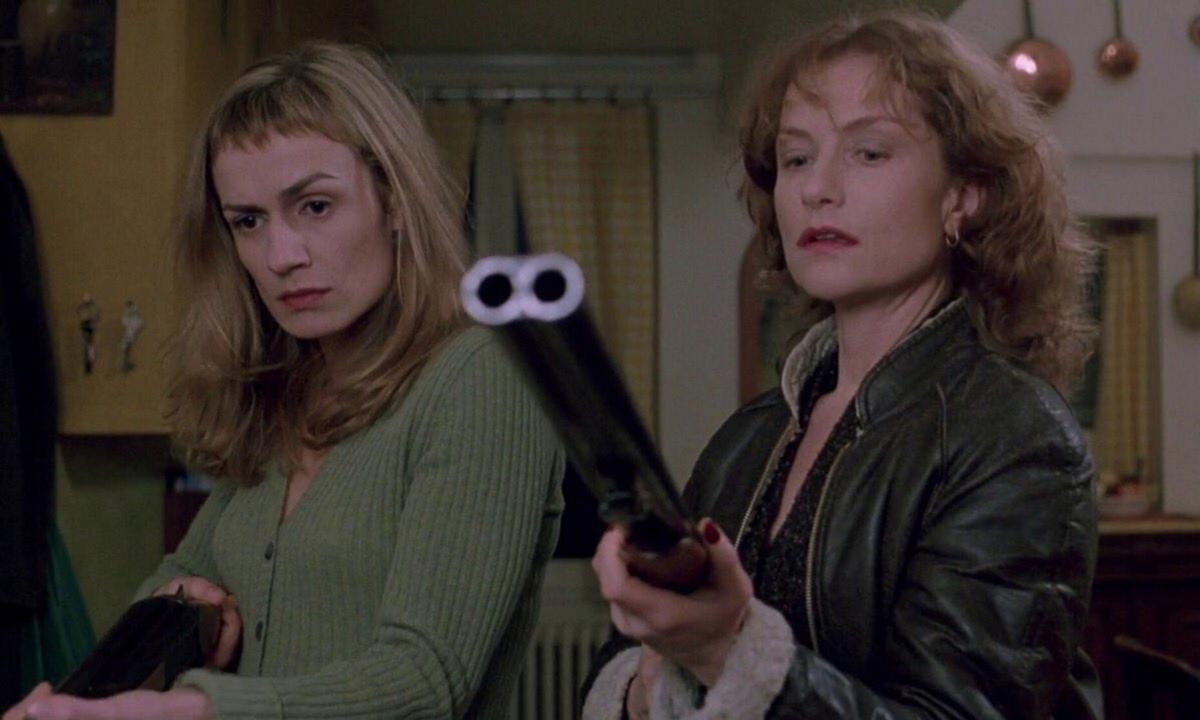 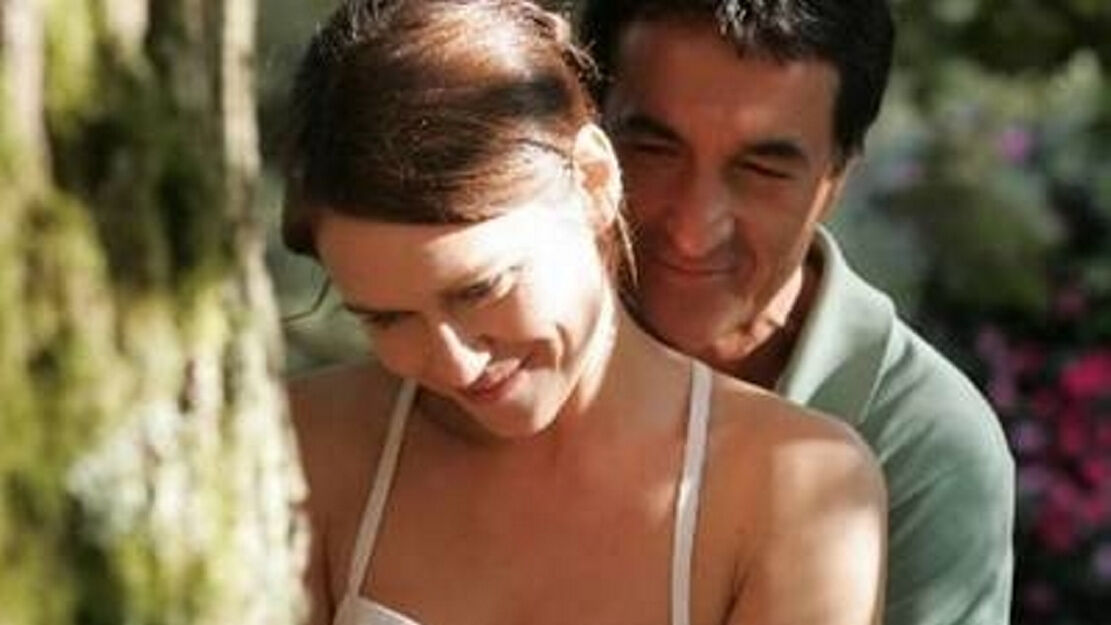 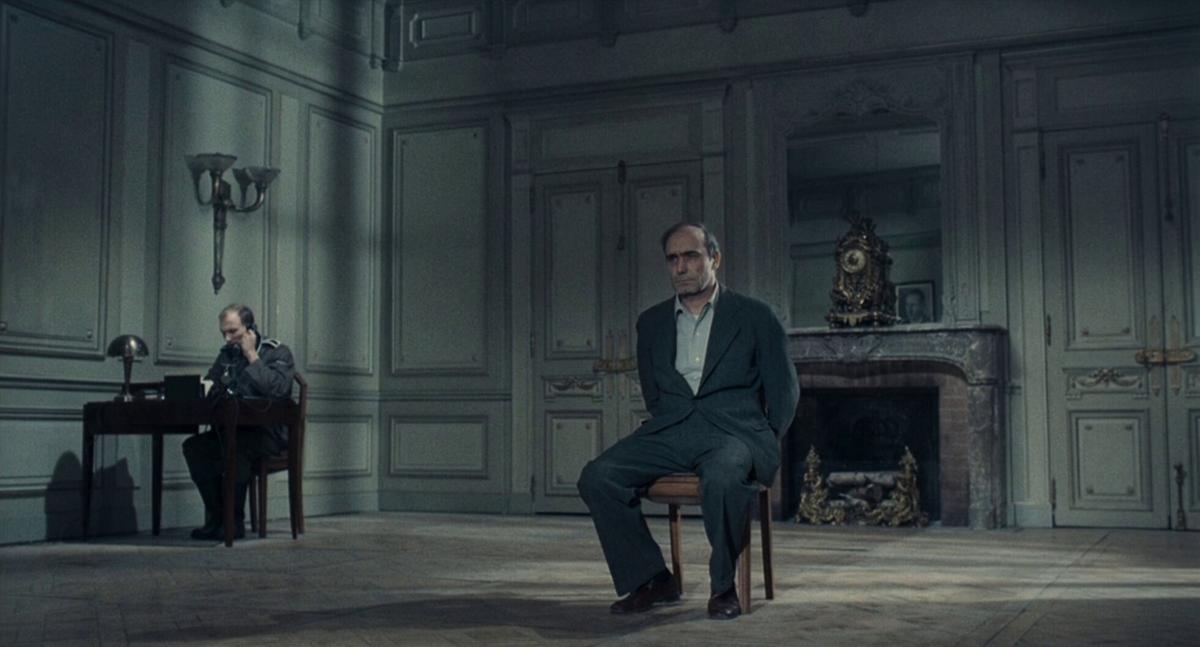 “Elevator to the Gallows”

I’ve seen the phrase “the French Hitchcock” applied to at least three different directors and, weirdly, it feels appropriate in each case.

The French make more thrillers than almost any other country, so many that Wikipedia divides them into 15 subcategories. France does have more crime than the United States, according to some measures, but I suspect the prevalence of these movies has less to do with people murdering each other with poisoned escargot than it does French movie critics’ appreciation for the artistry of Hollywood thrillers.

Actually, that’s another phenomenon that’s beaucoup French: critics making movies. Many top French filmmakers started out as critics and went on to make thrillers: Francois Truffaut (“The Soft Skin”), Jean-Luc Godard (“Band of Outsiders”), Claude Chabrol (practically everything he made, including the chilling “Violette”). Truffaut wrote an entire book about Alfred Hitchcock, which later became a documentary. Chabrol co-wrote one, too, analyzing why Hitchcock’s films were so artful and later showing what he learned by making his own thrillers.

As if to acknowledge their debt to English-language works, the French even borrowed our term, although they pronounce “thriller” as “TREE-lur.” The preoccupations in the movies are universal, too: voyeurism and how it implicates the viewer, guilt, identity, shameful secrets translated into action. In an essay called “Evolution of the Thriller,” Chabrol suggested that we’re attracted to the genre because its doomed characters are so clearly making their way toward a fate we all share: “The course they follow becomes the only possible one.”

Chabrol said he kept making thrillers because they tied in with a distinctly French ambivalence about commonly accepted morality. In a country where we’re told it’s no biggie for married people to take lovers, maybe it makes sense that filmmakers encourage us to expect good to triumph over evil, only to pull the rug out from under us.

It’s like something Hitchcock said. He attended to what audiences were learning from his movies, aware of the points where viewers might think they knew what was about to happen, so that he could jump in and say, “Ah. Do you?”

In that spirit, these clever thrillers from France dare you to predict what comes next (A procedural note: The best heist movie ever, “Rififi,” is missing because director Jules Dassin was American).

Possibly inspired by Agatha Christie’s “The Moving Finger,” this is the best movie by director Henri-Georges Clouzot, who made a lot of good ones (“Diabolique” and “The Wages of Fear” are the best known, and both are worth seeking out). Inspired by France’s Nazi resistance movement, “Corbeau” (“Raven”) is set in a small town torn apart by a series of nasty, anonymous letters. That sounds grim but the movie is both funny and exciting. Quentin Tarantino gave it a shout-out in “Inglourious Basterds,” where it’s playing at the theater that gets torched at the end (although that couldn’t have happened in real life since the Nazis banned “Corbeau”).

Based on a book by American writer Harlan Coben, this twistorama begins with a doctor mourning his wife, slain years earlier by a serial killer. Complicating his grief? He starts getting letters from the dead woman. Lots of friends and family (one played by Kristin Scott-Thomas) get involved as he tries to figure out what’s happening, all while the police investigate him for a different murder. Netflix recently announced a new French whodunit based on a Coben novel.

An all-star cast leads Chabrol’s adaptation of Ruth Rendell’s sneaky masterpiece “A Judgement in Stone,” a propulsive and queasy thriller about a pair of servants who become murderers. The idea is that they’d have been fine on their own but, together, they become psychotic. Jacqueline Bisset, Isabelle Huppert and Jean-Pierre Cassel star.

A more somber, slower-burning affair than the others on this list, “Army,” like “Corbeau,” is a resistance-themed drama. Cassel (again) and Simone Signoret star in a tense one about those who worked behind the scenes to thwart Nazis and, as double agents became triple agents, the impossibility of telling the good guys from the bad.

Before “Jules and Jim” made her an international superstar, Jeanne Moreau played a Paris housewife who conspires with her lover to bump off her inconvenient husband. That’s a “Double Indemnity” situation but the movie’s tension is more like “Rear Window” as a worried Moreau awaits a rendezvous with her lover, not knowing he became trapped in an elevator while making his getaway from his “perfect” crime. The moody score is by Miles Davis. Who improvised it!

Devious and witty, it’s a little like Hitchcock’s “Strangers on a Train.” Early in the film, would-be writer Laurent runs into an old high school buddy named Harry (Sergi Lopez, brilliant) and invites him to join a family vacation. As Laurent confides his frustrations with loved ones who get in the way of his dreams, they start to turn up dead.

No good deed goes unpunished in a breakneck movie that will not let up. Gilles Lellouche stars as a nurse who reattaches a patient’s unplugged respirator, unknowingly foiling a murder attempt. For revenge, thugs kidnap his pregnant wife. What they don’t know is that the nurse is improbably, entertainingly adept at busting heads and turning the tables on goons.