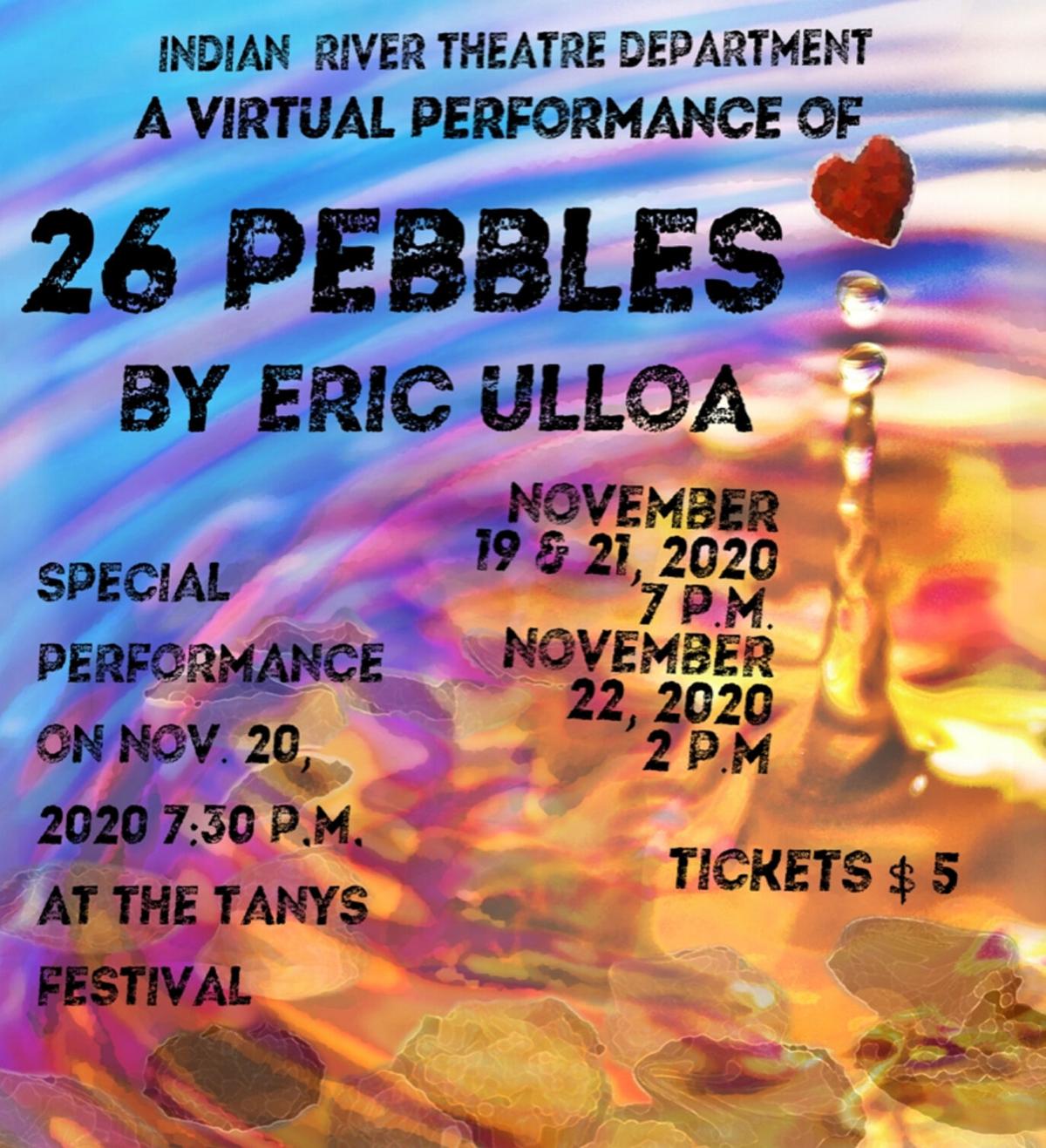 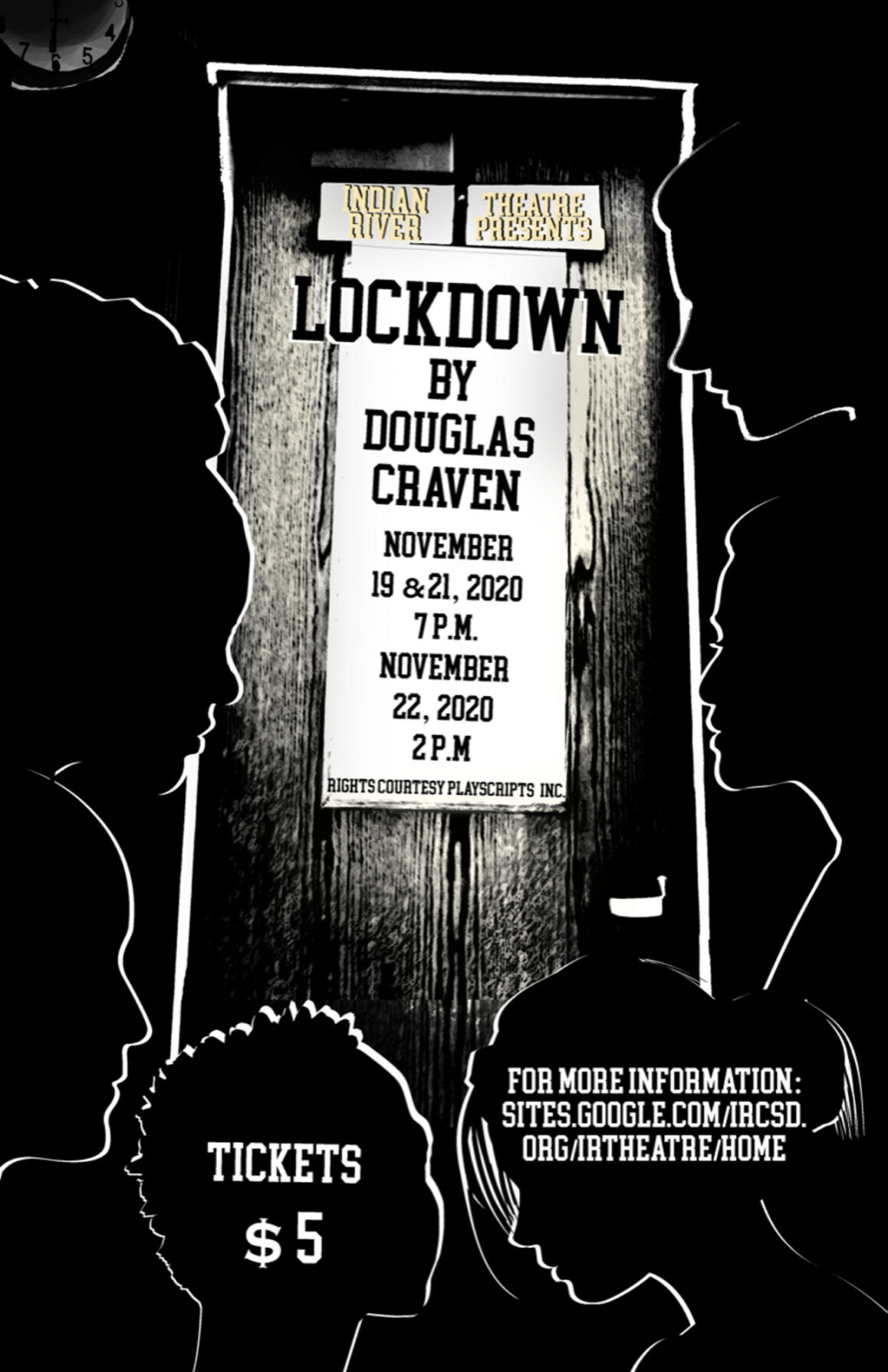 PHILADELPHIA — A “virtual evening of performances” is not the kind of show Kristie L. Fuller envisioned when she selected the fall drama for her high school students last year. But despite the pandemic, the show will go on, and she believes it will be a learning process for all.

“We, as theater artists, have had to expand our creativity as to how we can keep theater alive,” Mrs. Fuller, theater department chairwoman at Indian River Central School District, said.

“I’ve told the kids that as much as they’re disappointed that it’s a virtual show, which was not the intention last fall, that this is a skill that theater artists need to have now because theater isn’t going to be back to the way we’re used to for a while. They need the skills to be able to walk into that, in college as well as in the field.”

Pre-sale tickets are available on the Indian River Theatre of the Performing Arts website at wdt.me/iriver_plays.

“We’ve been rehearsing completely remotely until yesterday,” Mrs. Fuller said on Friday. “We’re learning a lot as we go.”

The productions will be recorded next week. It’s the first full-length endeavor into virtual theatrical performance for the department. Ticket holders will receive access to a day-specific link to the performances, which will enable them to watch the performances online.

For COVID-19 precautions, the IRCS high school theater has been sanctioned off into 12 sections, with dividers between them. The students will be in these cubicles while rehearsing and recording — via laptop computer cameras — their parts for the dramas. The students began in-person rehearsal last Thursday to make use of the school’s Wi-Fi and stage technology.

Both dramas are heavy on narration, but the student’s booths will allow some scene changes thanks to technology and props. With performers in their individual booths, there is no interaction on stage for both shows.

“We did have to do some things with costumes, backdrops and that kind of thing that helps us identify when they’re playing different characters,” Mrs. Fuller said. “We worked hard at trying to be able to delineate who is being interviewed and who’s talking. That part has been the toughest for me: how to make it interesting for the eye, rather than just backdrops.”

For “26 Pebbles,” Mr. Ulloa conducted interviews with members of the community in Newtown, Conn., and crafted them into an exploration of gun violence and a small town shaken by the horrific event of Dec. 14, 2012, when a gunman killed 20 children and six adults at Sandy Hook Elementary School. The setting is a town meeting six months after the tragedy. The production premiered at the Human Race Theatre in Dayton, Ohio, in February of 2017.

“It’s a different way of storytelling, where we’re focusing on the story and the words and we have slide shows while the kids are talking,” Mrs. Fuller said.

Mr. Ulloa focuses on a sense of community with “26 Pebbles,” Mrs. Fuller said.

“I’m hoping some of the messages resonate today because we are in a great need of unity in this country,” she said.

“Lockdown,” by Mr. Craven, takes audiences into a modern-day high school classroom during a lockdown drill scenario. In a dark classroom, eight students sit in an “official lockdown,” not knowing if it’s just a drill or an actual emergency. When a hysterical younger student bolts from the room and the teacher follows, the remaining students are left alone to decide if it’s safer to stay or run.

Both of the dramas involve serious issues while students navigate some serious times of their own. But Mrs. Fuller usually selects her fall dramas the previous fall, which she did for “26 Pebbles.”

“It was chosen well before COVID and we had done so much research already,” she said. “It was just one of those things when it came to covid and we had to do online auditions, I wasn’t backing down because it was something we felt very strongly about.’’

The students will be representing and advocating for Sandy Hook Promise, a national nonprofit organization founded and led by several family members whose loved ones were killed at Sandy Hook Elementary School. Its mission is to honor all victims of gun violence by turning a tragedy into transformation.

“We had so many kids audition for ‘26 Pebbles,’ and I only needed six people, that we decided after auditions that we needed to find a companion piece,” Mrs. Fuller said.

She said that Amanda Morrison, arts in education coordinator at IRCSD and fine arts teachers assistant, knew of the drama “Lockdown.”

“We decided that might be a good companion piece to start off the production,” Mrs. Fuller said.