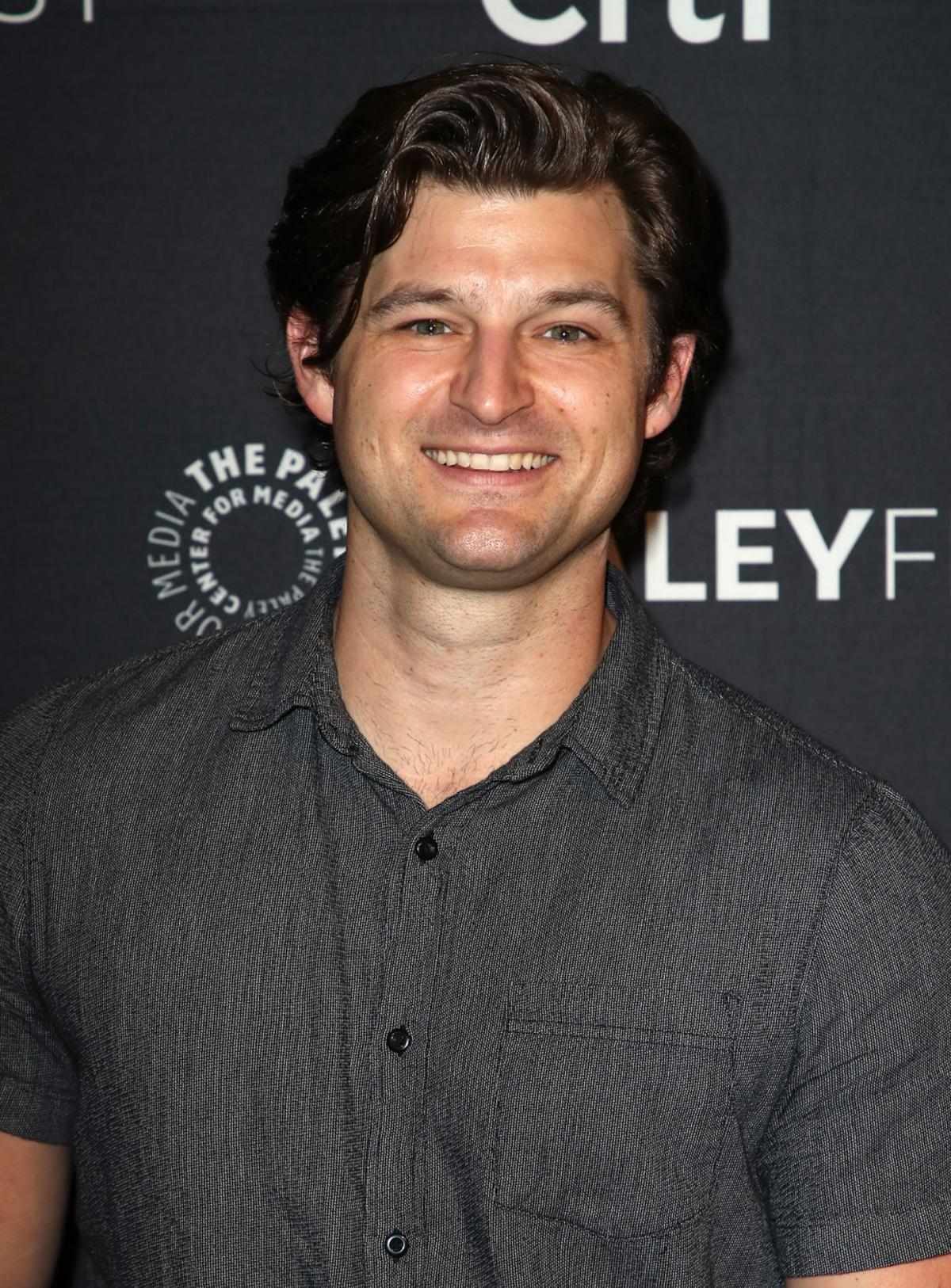 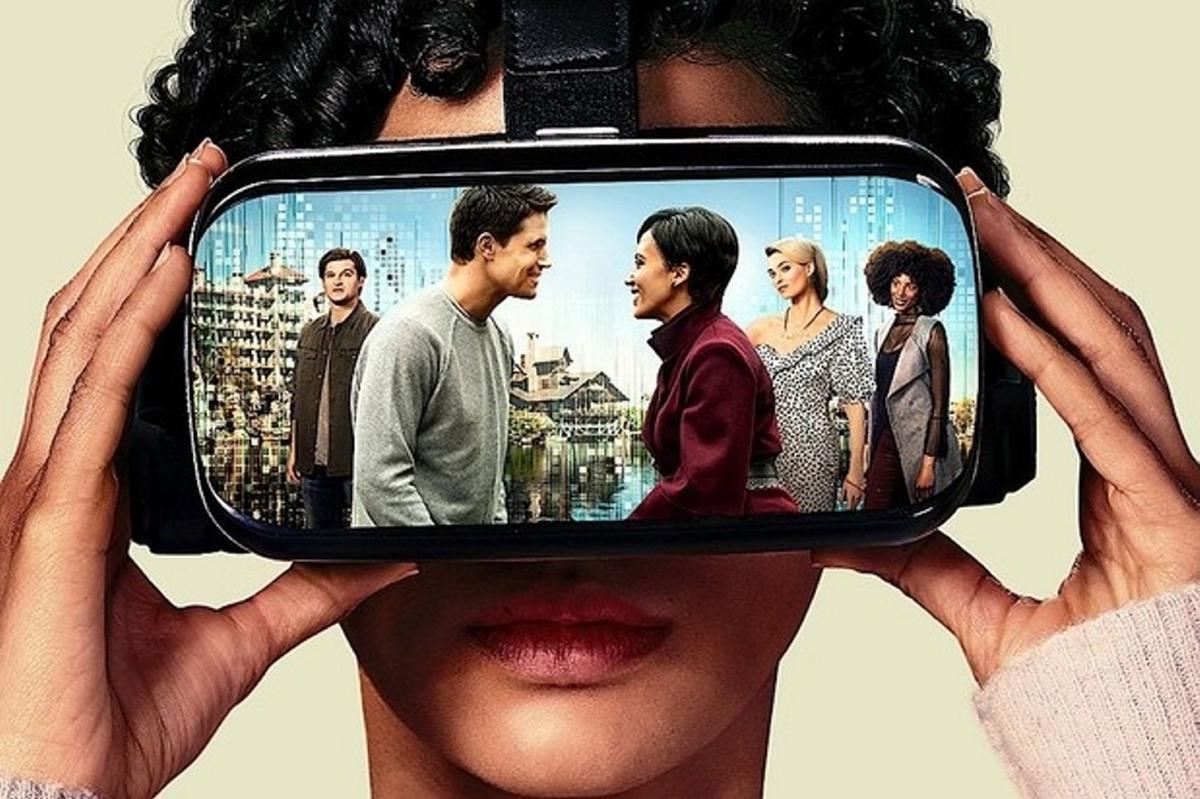 “Upload” is streaming on Amazon Prime Video since it premiered on May 1. The series has been renewed for a second season. Amazon

“Upload” is streaming on Amazon Prime Video since it premiered on May 1. The series has been renewed for a second season. Amazon

If you haven’t seen Amazon Prime Video’s new series, “Upload” yet you may want to take the opening lyrics to Prince’s song “Let’s Go Crazy” to heart before you watch.

We are gathered here today

To get through this thing called life

It means forever and that’s a mighty long time

But I’m here to tell you there’s something else

A world of never ending happiness

You can always see the sun, day or night.”

Not sure if creator Greg Daniels of “Parks and Recreation” fame had this playing when he put words down on the page, but it does set the scene of the sci-fi comedy set in a technologically advanced future where people can choose to have their consciousness “uploaded” into a virtual afterlife when they find themselves near-death.

Viewers go down the proverbial rabbit hole after app developer Nathan Brown (Robbie Amell) suffers a self-driving car accident. Needing to quickly decide his fate, he chooses to be uploaded to the one-percenter afterlife his girlfriend’s family is a part of — the Horizen company’s “Lakeview.” Brown gets accustomed to the quirks of living in a virtual world with the help of his customer service “Angel” Nora Anthony (Andy Allo) and friend Luke Crossley (Kevin Bigley).

Bigley, a former Chicago theater actor and DePaul University Theatre School alum, has left his mark in the entertainment world by way of shows like USA Network’s “Sirens,” Fox’s “The Moodys” and voice work in Netflix’s “BoJack Horseman,” among other projects. Now he brings us what he calls a good quarantine watch with “Upload.”

“It’s not philosophically confrontational,” he said. “The themes, you can think about them or not. And you can sit back and enjoy the rest of the show ... because of Greg Daniels, it’s quirky and light-hearted at times. And also, not. It’s good.”

We talked with Bigley about his recent work, his new book, “Comaville” and the greatness of Chicago. The interview has been condensed and edited.

Q: After watching the show, I’m surprised there aren’t traditional heaven zealots going against the manmade heaven in “Upload.”

A: It’s been kind of the setup to explore that area of the futuristic world as well — the devout that sees the creation of a digital afterlife as blasphemous and tyrannical and they need to destroy it. There are certainly whisperings of what their responsibility is in all of this. Hopefully, you are going to see the disparity between those who think this creation of the afterlife is a godsend or an attack on people’s values and biological inevitability. It’s pretty interesting, but hopefully, it’s funny too. I think everyone is kind of talking about these things. I’m reading a book right now called “The Warehouse” by Rob Hart, about a near future like “Upload” in that an Amazon-esque company has taken on the role of a Wal-Mart in that you can get everything from it, but it’s not just employing most people throughout the country, but it’s housing them as well. Everyone is concerned about this in the back of their minds: whether it’s to support these big conglomerates, or you get what you need for them specifically and then try to pick and choose in a way to support local businesses in very specific ways. It’s really challenging.

Q: Hookups get Yelp reviews, an Oprah/Kamala Harris presidential poster ... what do you think Greg Daniels gets right in the series, technologically speaking?

A: One of the things I appreciate about the response to the show is a lot of technologists and futurists are doing think pieces on it. Greg has subscribed to that common sci-fi writer ideology/manner of writing in that he looked at a lot of technological news and then thought where it might be in over a decade. In doing so, a lot of (what) he was thinking and writing about came true. When we were doing this show and read the first iteration of the script, vape lung was a joke. It wasn’t real. My character loses his legs in a fictitious war with Iran and when we were about to go to war with Iran, I sent Greg an email saying: ‘What kind of futuristic dreams are you having?’

The class disparity is one of the most effective things about the show that I think Greg got into pretty well. You look at Lakeview and it looks predominately white and old-money and then you have Aleesha and Nora and a lot of people of color work for Horizen, so you are seeing things like racism and classism without it necessarily being discussed overtly, it’s pretty interesting.

A: It’s an interesting arc with Luke in that there really isn’t an arc because when chosen to adapt or change like most characters have in the show, he kind of chooses not to because he really just wants to achieve the most base levels of pleasure, which is what makes him a funny character, in that when faced with all these philosophical thoughts and ideas and big plot points, he decidedly chooses not to engage in them. It reminds me of Bill Murray’s character in “Ghostbusters” who was always funny to me because he is the exact opposite of Dan Akroyd’s worried scientist, who is seeing the paranormal and the dead rise from the grave and their reality threatened and then here’s Bill Murray on the opposite side just trying to get laid. That’s what’s so funny to me — there’s all these people, these characters that when they die in the show, kind of become existential, some of them for the first time. Like Robbie’s character changes pretty quickly as he starts to wonder about his worth now that he can’t work and code and he can’t remember what made him, him. And I love that Luke is willfully and gleefully free of that.

Q: Your first book, “Comaville,” was released in March. What’s it about?

A: It’s a story of using nostalgia as this trap. The book is about someone who is in a coma and doesn’t know it — wakes up in a city of memory with all these people. Pop culture icons from his past, images that meant something to him at one point or another. On the other side of the plot is his sister in the hospital room with their parents looking over him. It’s an imaginative story that hopefully brings you in with the joys of memory and nostalgia and then slowly twists and turns on you as it does on him. The thing with being a coma patient is the longer you’re submerged in your coma, the more peril your brain is under, it can start to rot. That’s what starts to happen in his “Comaville” is that slowly the city starts to somewhat turn on him — it becomes kind of a dangerous scape.

Q: Any projects lined up to bring you back to Chicago?

A: No. I haven’t been back since 2016. I’ve been trying to get back. My favorite bar on this earth is Old Town Ale House. I feel like if I had a portal in my house, I would use it to go there every Friday. I love that bar. I miss the city; I would love to shoot in it because it always looks so good on camera. The book is actually set in Chicago. There’s some shout-outs to some surrounding suburbs as well like Lombard and Evanston. If I shot something there, I would make sure people had actual Chicago accents compared to the New York and Boston ones that so many people acquire when they try to give their characters “Chicago edge.” It’s just so ridiculous. It always frustrates me when I watch a show or a movie and they’re like: We’re from Chicago (with that accent) and I’m like: no, no, nope. That’s not how it is.

“Upload” has been streaming on Amazon Prime Video since it premiered on May 1. The series has been renewed for a second season.