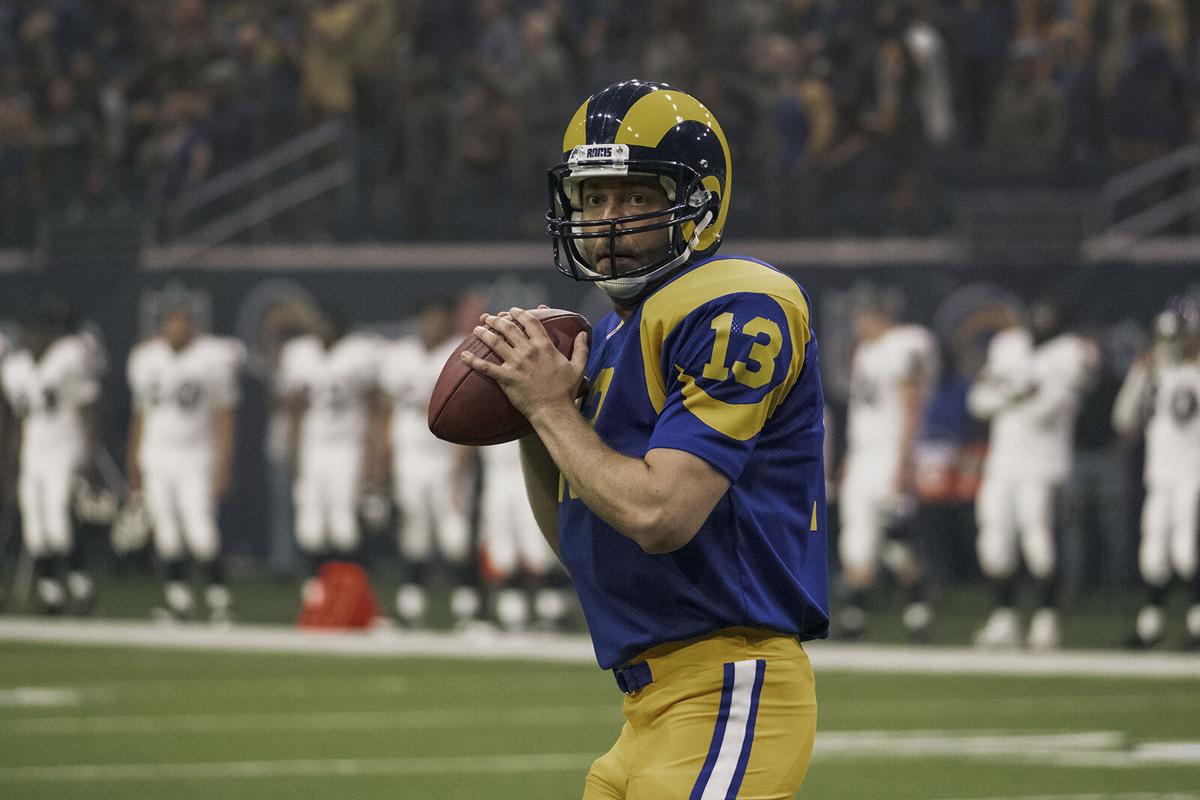 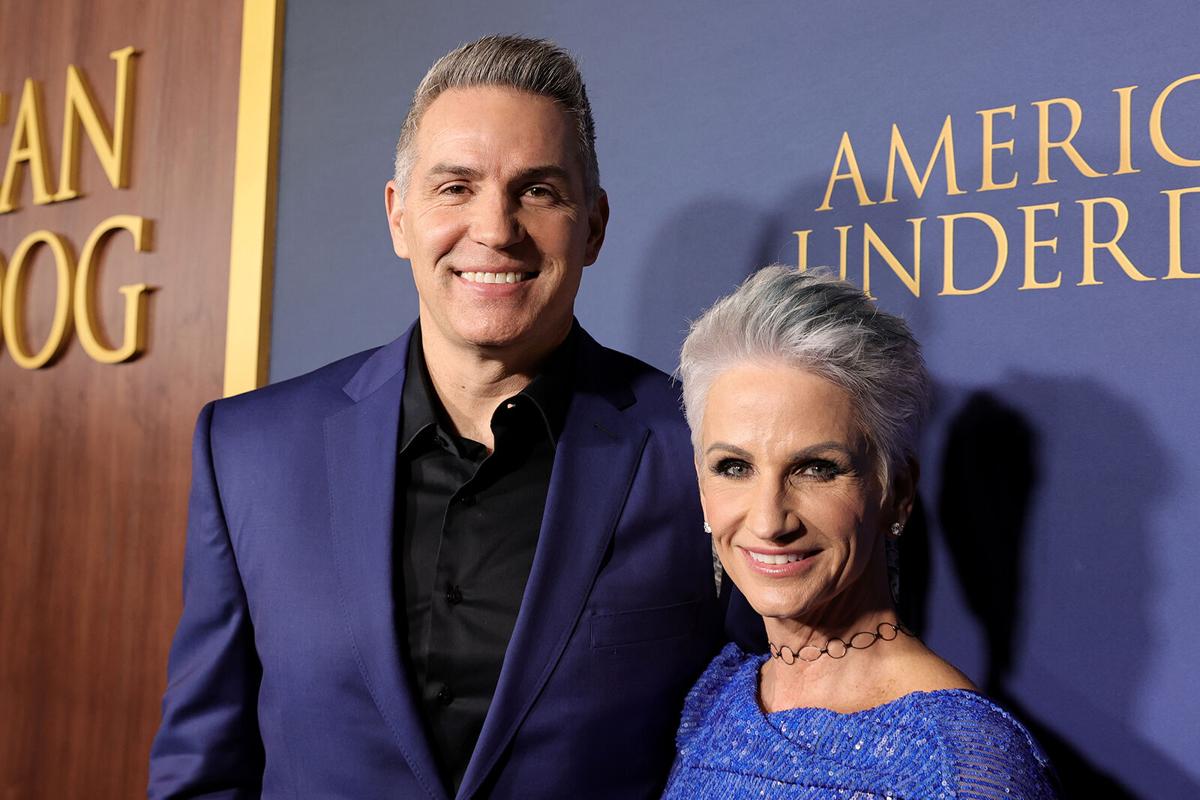 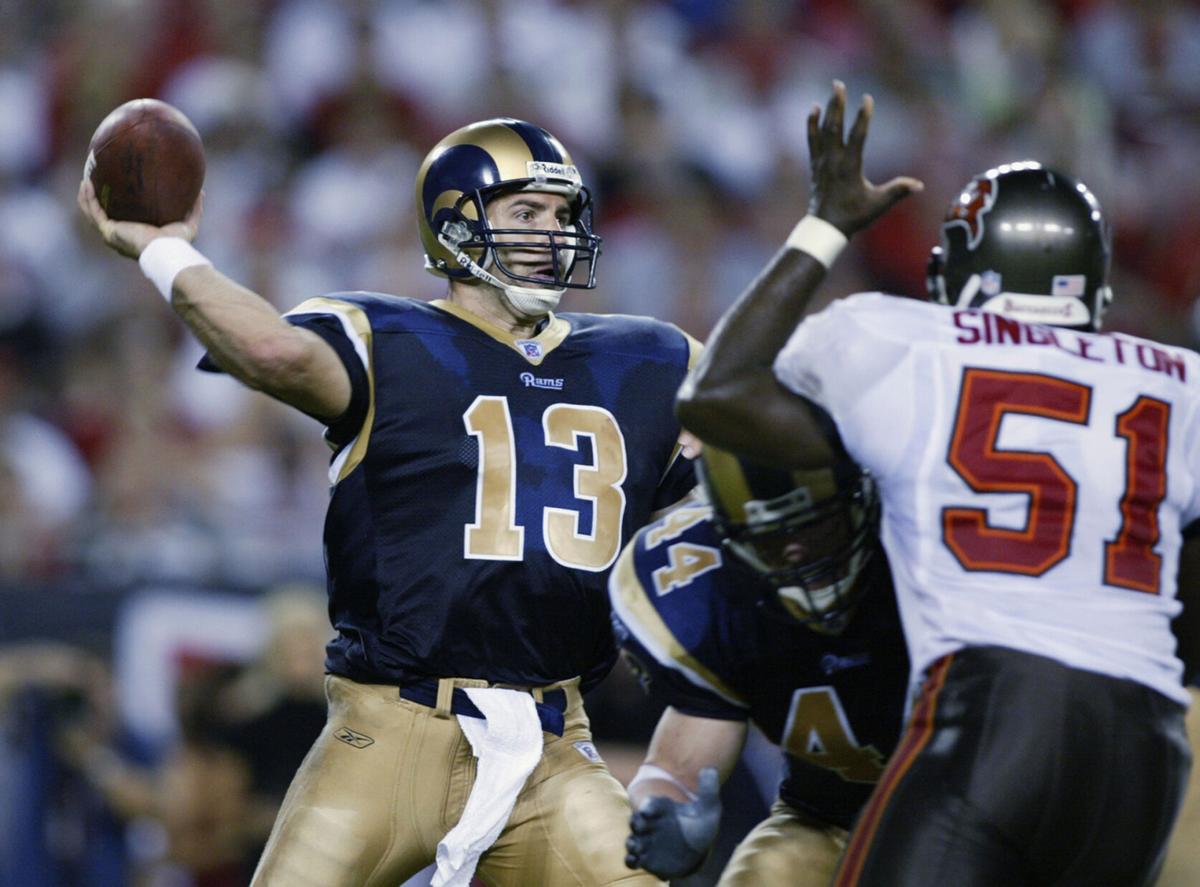 That’s awkward, because she’s married to Kurt Warner, the Hall of Fame quarterback who guided the St. Louis Rams to a Super Bowl victory in 2000 and who was twice named the league’s MVP.

The two have been married for 24 years, and the story of their love and relationship is the backbone of “American Underdog,” now playing in theaters.

An undrafted prospect out of a college not known for football, Warner famously was stocking shelves at an Iowa grocery store before playing arena football and eventually finding fame in the NFL. The film focuses on how the couple overcame adversity in any number of ways.

It is the inspirational, feel-good aspect of the film that he believes will appeal to audiences no matter where they are in their lives. Even people who aren’t fans of football — like his wife — will enjoy it, he says.

The Warners were speaking in a Delmar Loop restaurant in October, while the movie was screening nearby at the Tivoli as part of the St. Louis International Film Festival. “American Underdog” is based on the former quarterback’s autobiography, and he served as an executive producer.

“It is one of those hard things to say, ‘Here is my story — take it and do what you want with it,’” he says. “That would have been very hard for us to let go. I think we feel like we really have ownership in what this film became.”

The football player is played by Zachary Levi, who is best known from DC’s 2019 superhero comedy “Shazam!”— a movie Warner knew through his children. Though he had seen some of Levi’s work, Warner didn’t know who the actor was “as a person.”

“I think Zachary was phenomenal,” he says. “I think who he is, what he is all about, is true to my essence. And I thought in the movie he hit the nail on the head.

“It was such an honor,” she says. “It was exciting to know that she cared about the character, she wanted to know more about me, she read everything that I ever wrote, she watched every interview, every speech that I gave. We FaceTimed. She would ask me why I believe what I believe. She was taking it seriously and wanted to do it right.”

Kurt Warner is a public figure and accustomed to being in the spotlight, but making the movie was harder on his wife because it reveals some of her most vulnerable times.

She was a divorced young mother of two and was on food stamps when she first met Warner. Her dreams of being a career Marine ended with a hardship discharge after her first child was permanently disabled in an accident.

“I have a lot of walls up, so to let them down and to let somebody write about my story and just those personal moments, it’s not normal,” she says. “It wasn’t easy.”

She says she’s looking forward to the movie being seen by mothers and members of the military.

The Warners were involved in the filmmaking process from the beginning. Their input helped make the movie accurate — up to a degree, Kurt Warner says. They came to learn that some creative license is needed to efficiently and effectively get the points across. What is most important to them is that the essence and the spirit of their story is captured.

Even so, there were some filmed scenes that they wish had been included in the final product. Early in the story, Kurt wants to catch Brenda’s eye with his country dancing, but he doesn’t know how to dance. So a friend and teammate teaches him some moves. The scene ended up on the cutting room floor.

Another omitted scene that the Warners wanted to see came early in their relationship, when Kurt’s mother caught them making out. Their eyes light up even now when they talk about it.

“It was one of those fun moments when you’re going through the process (of dating),” Brenda Warner says.

Now 50, Kurt Warner is still involved in football as an analyst for the NFL Network, and his wife still disapproves.

“After all this time, he was at Monday Night Football, and I get a text saying, ‘I miss you, I love you, but I really love football,’” she says. “And I thought after all these years, that’s his passion still. That’s what he loves to do.”

One of their children plays wide receiver at Kansas State, and another is a quarterback in high school in Phoenix, where they live.

“I taught them everything I know,” Brenda Warner says with a laugh. Meanwhile, her husband — with a Super Bowl ring and a couple of MVP awards — coaches quarterbacks at his son’s high school.

“I don’t envy their position, but at the same time I enjoy coaching them and trying to help them chase after their dream of playing football.”

The Warners have seven children, ranging from twin 15-year-old girls to a 32-year-old son, who is blind and intellectually disabled.

“We realized that when he graduated from high school that there aren’t a lot of opportunities to give people like him a full life,” Brenda Warner says of her first child. So we decided to build a residential facility in Phoenix that has 29 residents right now — completely full, getting a waitlist.

“Now we want to take it everywhere in every state so other parents can experience what this is like to watch their son or daughter with intellectual disabilities live a full life.”

The Warners’ charitable work stems from their devout Christianity, which underpins all aspects of their lives. It is a theme that runs gently throughout the film, an unspoken beacon that guides them.

“You have to know that there is a plan for your life,” she says. “We believe in faith, we believe that you have to have faith in your own strength and faith in each other, your relationship to make it through, no matter what.

“And we have faith in a higher power that has a reason for us being here. We just want to figure out what that is and fulfill it.”