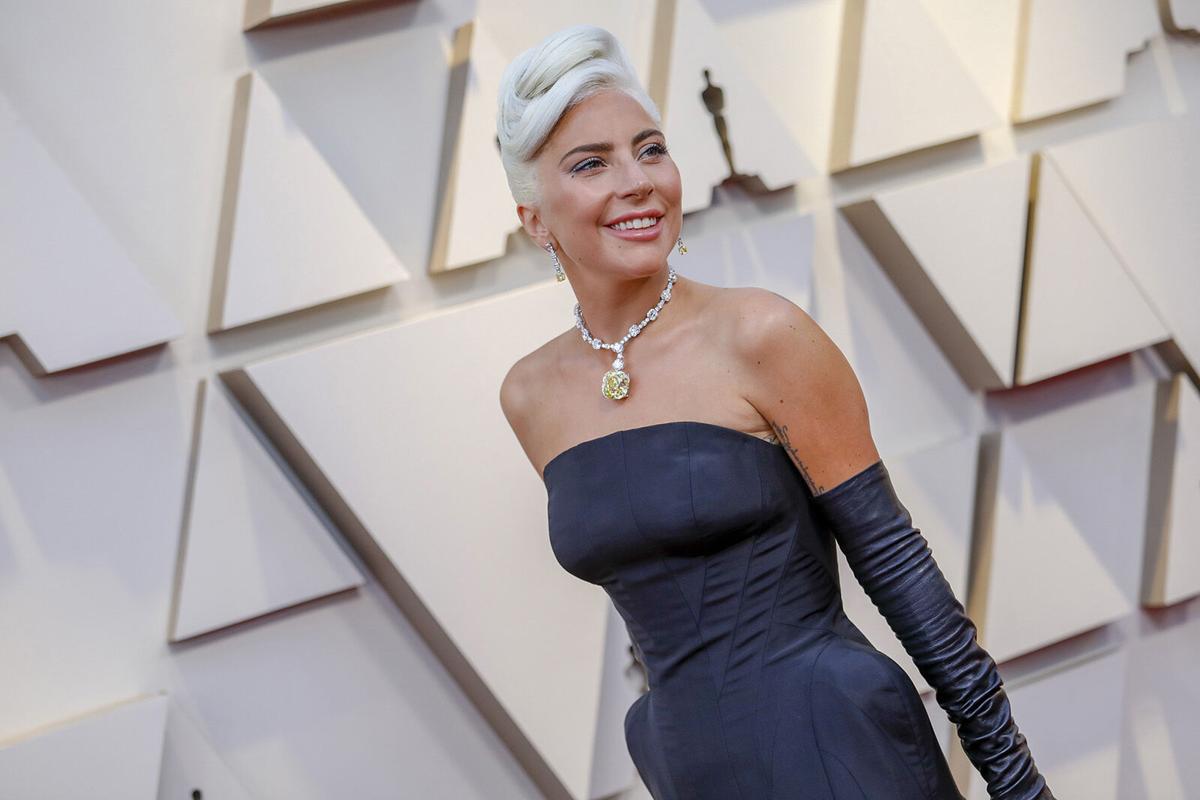 Lady Gaga during arrivals at the Academy Awards on Feb. 24, 2019, in Hollywood, Calif. Her new album, “Chromatica” was released May 29. Jay L. Clendenin/Los Angeles Times 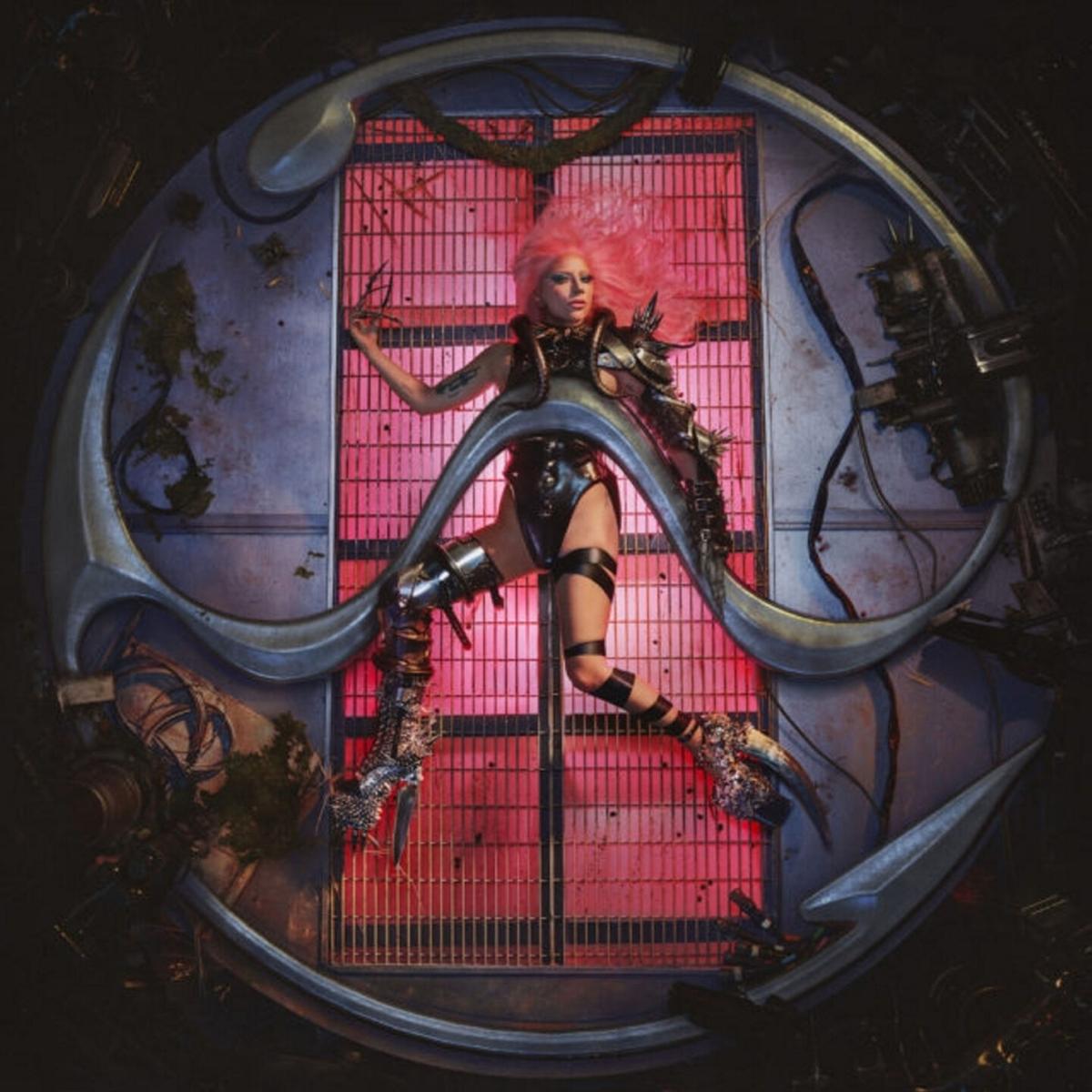 Lady Gaga during arrivals at the Academy Awards on Feb. 24, 2019, in Hollywood, Calif. Her new album, “Chromatica” was released May 29. Jay L. Clendenin/Los Angeles Times

On Friday morning — a few hours after the release of her new album, “Chromatica” — Lady Gaga called off a virtual listening party due to the escalating nationwide protests over the death of George Floyd at the hands of Minnesota police.

“As much as I want to listen to ‘Chromatica’ together as a global group of kindness punks right now, our kindness is needed for the world today,” she wrote on Twitter before encouraging her fans to “take this time to register to vote and raise your voice.”

It was just the latest instance in which the pop superstar has had to adjust her plans to account for whatever we’re calling the pileup of outrage and disease and economic calamity that is 2020.

Originally scheduled to come out April 10, “Chromatica” was delayed as a result of the COVID-19 pandemic, which also scuppered a surprise appearance at that month’s since-postponed Coachella festival. And though her upcoming stadium tour hasn’t been officially canceled yet, it’s virtually impossible to imagine her playing such densely packed venues any time soon.

As a highly visible figure with a flair for drawing attention, Lady Gaga made the right decision in nixing Friday’s event to allow space for more important matters — as indeed she did again Saturday night with a pointed statement of support for the demonstrators (and their righteous anger) that avoided the usual celebrity equivocation.

“Everyday people in America are racist,” she wrote, adding that President Trump — “a fool,” in her estimation — “offers nothing but ignorance and prejudice while black lives continue to be taken.”

Yet the singer’s need to keep reckoning with these traumas demonstrates an inconvenient truth of being an artist: You create work in one context and release it in another, and the work must bridge that gap.

In Gaga’s case, “Chromatica” was supposed to document an assortment of personal struggles — with addiction, with depression, with the morality-warping experience of modern pop stardom — and the strength she found in dance to overcome them.

“This is my dance floor I fought for,” she sings in “Free Woman,” while “Alice” has her searching for a “Wonderland” that closely resembles a rave.

A self-conscious return to the sleek dance-pop that made her a star in the late 2000s, her sixth LP was also conceived as a kind of brand reset after a half-decade of experimentation that included her 2014 duets album with Tony Bennett, the classic-rock-inspired “Joanne” in 2016 and her Oscar-nominated acting turn in the 2018 reboot of “A Star Is Born.”

“Earth is canceled, I live on Chromatica,” she told Apple Music’s Zane Lowe in early March, and back then you took her sci-fi sloganeering as a characteristic rhetorical flourish — a dramatic way to finish off her stint as a historically minded balladeer.

Now, with horrifying police violence only compounding the pain of the pandemic, escaping Earth sounds like a reasonable life plan, as many pointed out on social media Saturday after SpaceX successfully launched two astronauts into orbit.

And so it is with “Chromatica,” which months after Gaga completed it is obliged to answer to an unforeseen set of circumstances. That is, an album largely about dancing, and one clearly meant to inspire it, has entered a world in which COVID-19 has closed the very clubs and festivals where the singer likely envisioned her music coming to life.

Lady Gaga isn’t the only artist facing that predicament. The past few weeks have been oddly rich with strong new dance-pop — think Doja Cat’s disco hit “Say So” or Dua Lipa’s crisp “Future Nostalgia” album — even as Billboard has suspended its national club chart for the first time since the chart’s inception in 1976, according to a representative.

Nor is Gaga the first style-hopping pop diva to seek creative renewal under a glittering disco ball. The thumping “Chromatica” can remind you of Madonna’s 2005 “Confessions on a Dance Floor,” which she used as a comeback following its widely unliked predecessor, “American Life.”

Yet there is something novel to how neatly these two frameworks align on “Chromatica,” whose origin story already feels like a vestige of some ancient time.

Certainly the pandemic shaped Lady Gaga’s rollout of the album, which might’ve been seen as ideally suited to a moment when dancing provides an enormous amount of the energy on TikTok. But viral dance clips on the trendsetting video-sharing platform tend to boost songs by lesser-known artists — Benee and Surf Mesa and Lil Nas X before “Old Town Road” went supernova — rather than by established stars whose personas can leave little room for users’ own quirks.

What’s more, Gaga’s ideas about dance, as seen in her elaborately choreographed music videos for “Stupid Love” and “Rain on Me,” are more communal in spirit than the solo performances that proliferate on TikTok; she thinks in landscape mode, not portrait mode.

Instead of TikTok, then, she’s turned to the Weather Channel (!), where she and Ariana Grande, her duet partner on “Rain on Me,” made an appearance last week complete with branded umbrellas, and to Postmates, which has hyped “Chromatica” in a food-delivery campaign that leans into our stay-at-home reality.

But the fresh context also changes the music’s meaning, not least in that it’s hard to hear these would-be dance-floor bangers without mourning all the dance floors we’ve lost.

“Gotta quit this crying / Nobody’s gonna heal me / If I don’t open the door,” Gaga sings in the surging “Stupid Love,” to which you can only respond: Damn, at least she’s allowed to open the door.

To some extent, the happy-sad quality of “Chromatica” — which the singer made with an expansive cast of pop and EDM pros including Max Martin, BloodPop, Skrillex, Axwell, Madeon and Burns — was baked in from the beginning of Gaga’s process; it’s the natural emotional register for catchy, fist-pumping songs about mental illness (“911”), loneliness (“1000 Doves”) and finding yourself in a relationship with someone who enjoys your fame more than you do (“Fun Tonight,” in which the chorus goes, “I’m not having fun tonight”).

The nostalgia in the production — a blend of crisp digital synth textures and ringing grooves drawn directly from ‘90s house music — further bolsters the shadowed euphoria of a song like “Sour Candy,” in which Gaga is joined by the K-pop girl group Blackpink; “Sine from Above,” featuring Elton John, gets a similar friction from the interplay between their voices.

But even a tune as exuberant as “Engima” (which shares its title with the splashy Las Vegas show Gaga premiered in late 2018) can’t help twanging a few melancholy notes as she ponders the thrill of a pre-lockdown hook-up.