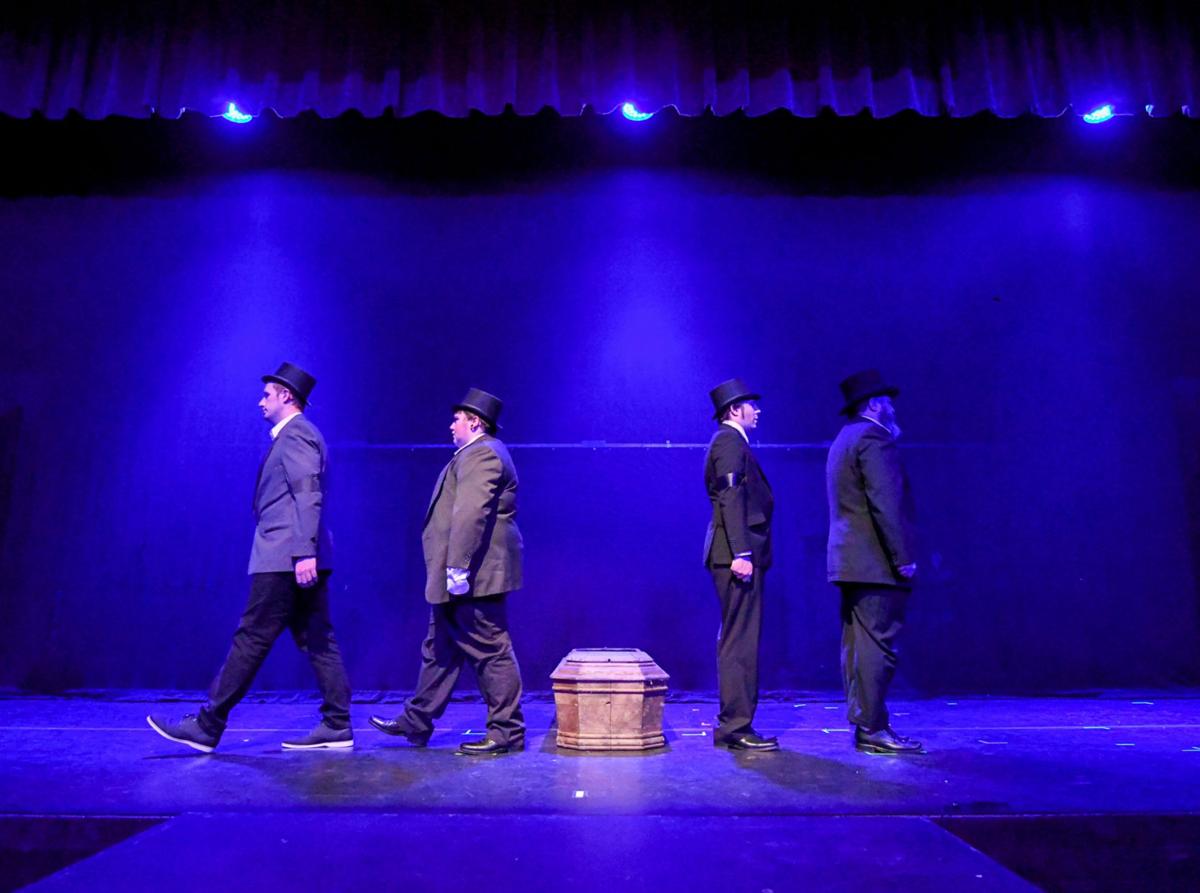 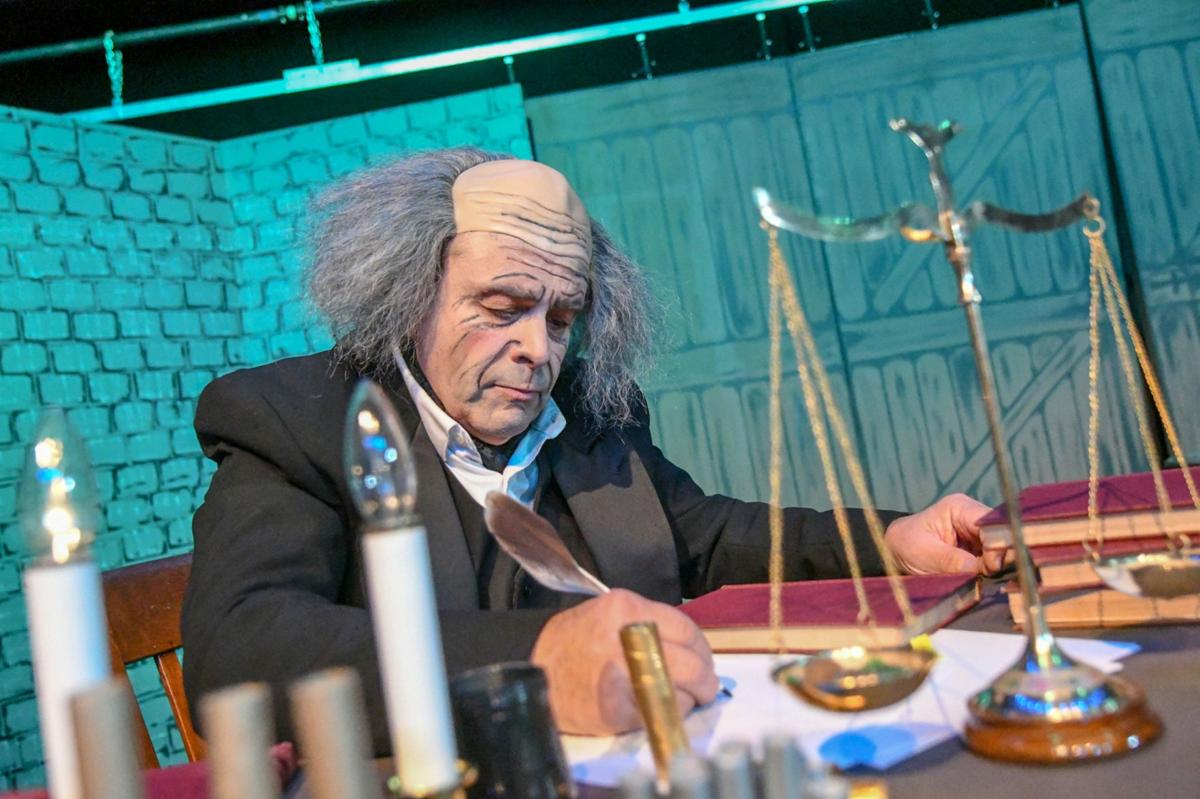 Ebenezer Scrooge, played by Terry Burgess, keeps track of his accounting during a scene from “A Christmas Carol.” Amanda Morrison/Little Theatre of Watertown 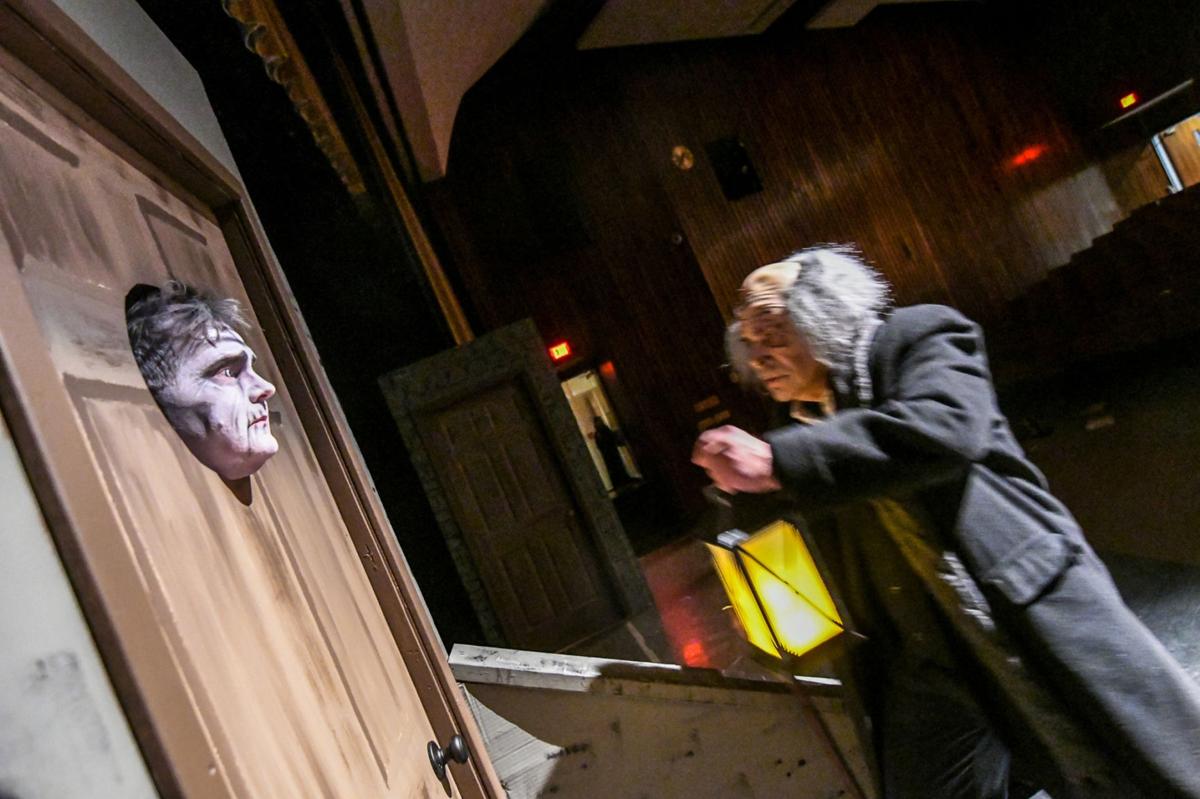 Ebenezer Scrooge, right, played by Terry Burgess, backs away from the face of Jacob Marley played by Jeph Smith, after being startled at his front door. Amanda Morrison/Little Theatre of Watertown 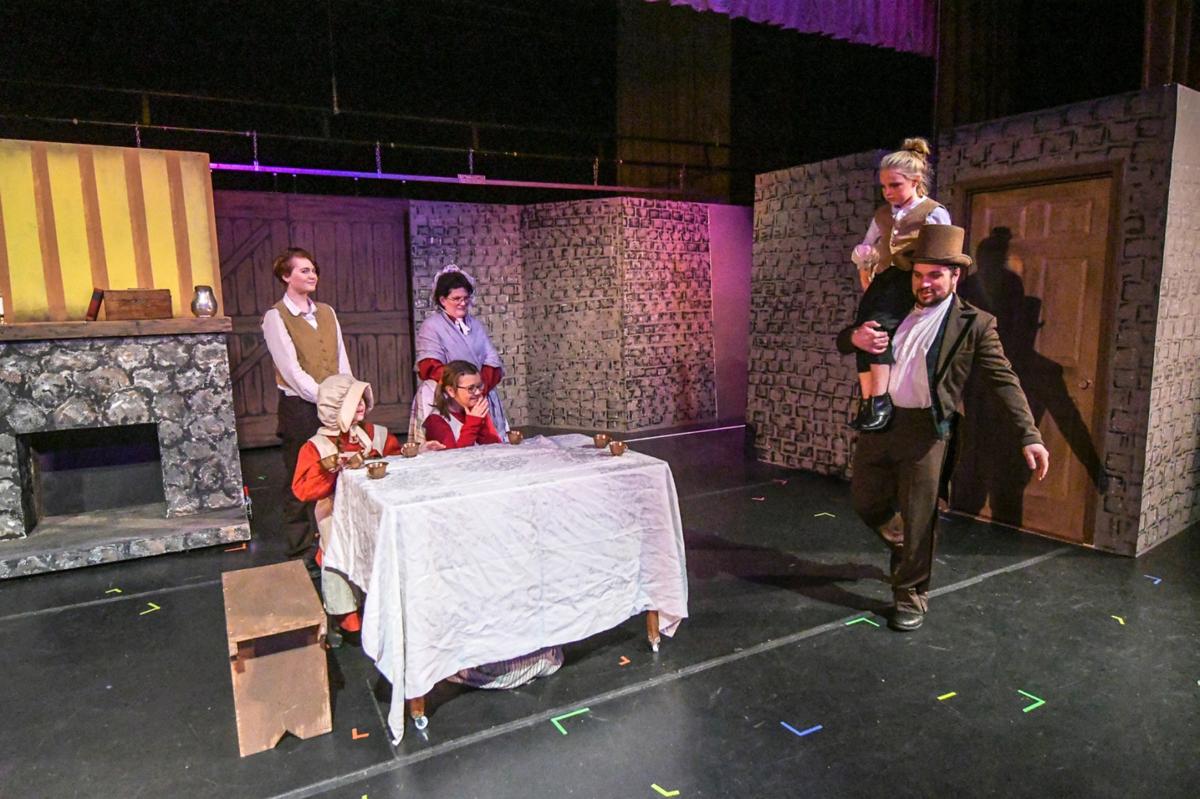 Ebenezer Scrooge, played by Terry Burgess, keeps track of his accounting during a scene from “A Christmas Carol.” Amanda Morrison/Little Theatre of Watertown

Ebenezer Scrooge, right, played by Terry Burgess, backs away from the face of Jacob Marley played by Jeph Smith, after being startled at his front door. Amanda Morrison/Little Theatre of Watertown

WATERTOWN — No doubt, Jacob Marley is still dead, “dead as a doornail,” but Little Theatre of Watertown is giving the classic tale “A Christmas Carol” new life.

The local nonprofit theater group will stage Charles Dickens’s “A Christmas Carol” at 7 tonight and at 7 p.m. Friday and 2 and 7 p.m. Saturday at Dulles State Office Building.

Mr. Dickens’s novella, first published in 1843, is the classic tale of a miserable miser, Scrooge, who realizes the spirit of Christmas after visits from three ghosts.

“I was looking for a version appropriate for a community theater, given our budget and that had a big cast so that we could get as much talent as possible and didn’t have technical elements we wouldn’t be able to pull off successfully,” Ms. Bennett said Tuesday night before rehearsal.

In Mr. Cook’s version of “A Christmas Carol,” the ghosts of Christmas past, present and future are women, something that also attracted Ms. Bennett to the version.

“And he emphasized the strength of women as being one of the themes of the show,” she said. “All the main female characters are strong and prominent, compared to the original. But he kept the integrity of the original text.”

In an unusual twist for a Little Theatre of Watertown production, the show features singing, and even a bit of fiddling.

“Even though we’re not doing a musical, there’s a lot of music in the show, a lot of singing, things that aren’t traditionally in Little Theatre,” Ms. Bennett said.

The play opens with Marley’s coffin being carried down the center aisle.

“There’s kind of a more spooky element to this story, not just the joyous ending,” she said.

“Hopefully I can portray a transformation from this mean, rotten character to someone who finds joy in Christmas, joy in relationships and so on,” Mr. Burgess said.

“A Christmas Carol” is a classic and resonates with people, Mr. Burgess said, because of his character’s transformation.

“Hopefully, this is something that will put people in the Christmas spirit, maybe a little earlier than usual, but it’s something to get people thinking about Christmas a little bit, and maybe getting away from he materialism of Christmas. That will be a great message to take away: It’s not about the things, it’s about the people.”

Cynthia Tyler, who plays the ghost of Christmas present, thinks the show can’t help but to inspire people.

“There’s a character for everyone to relate to in this kind of story,” Ms. Bennett said.

The cast of Little Theatre of Watertown’s “A Christmas Carol”: