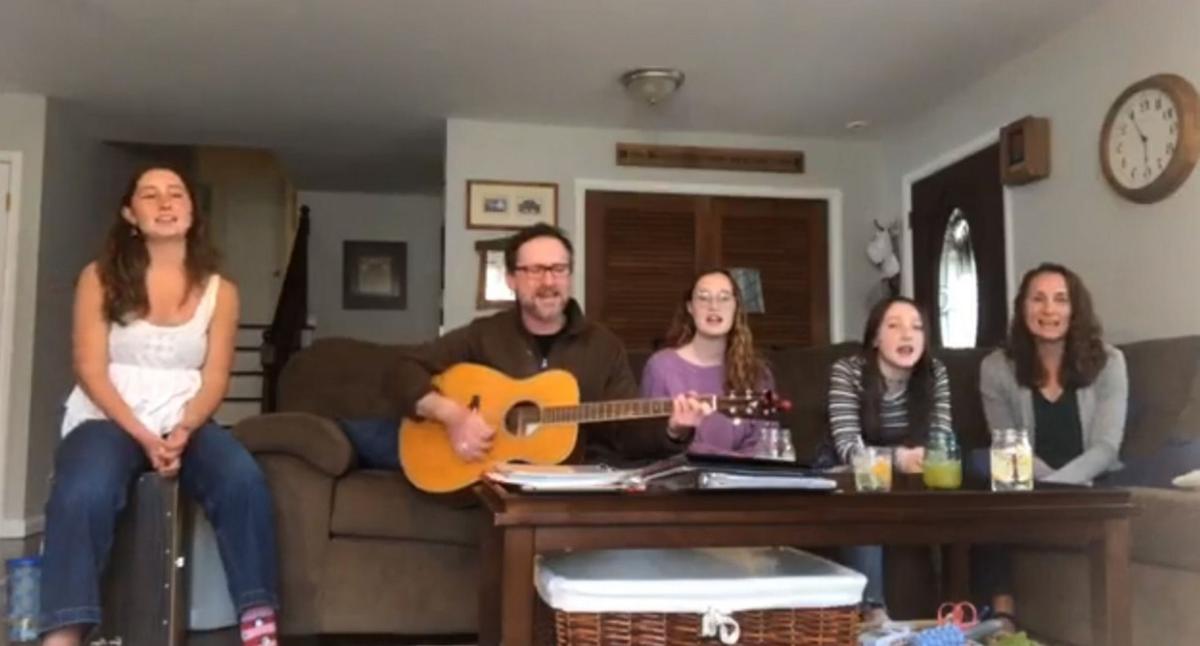 Jillian, Ben, Shannon, Catie and Alisah Todd perform from their living room during “Couchfest,” which can be found on Facebook Live on Friday evenings. Contributed photo 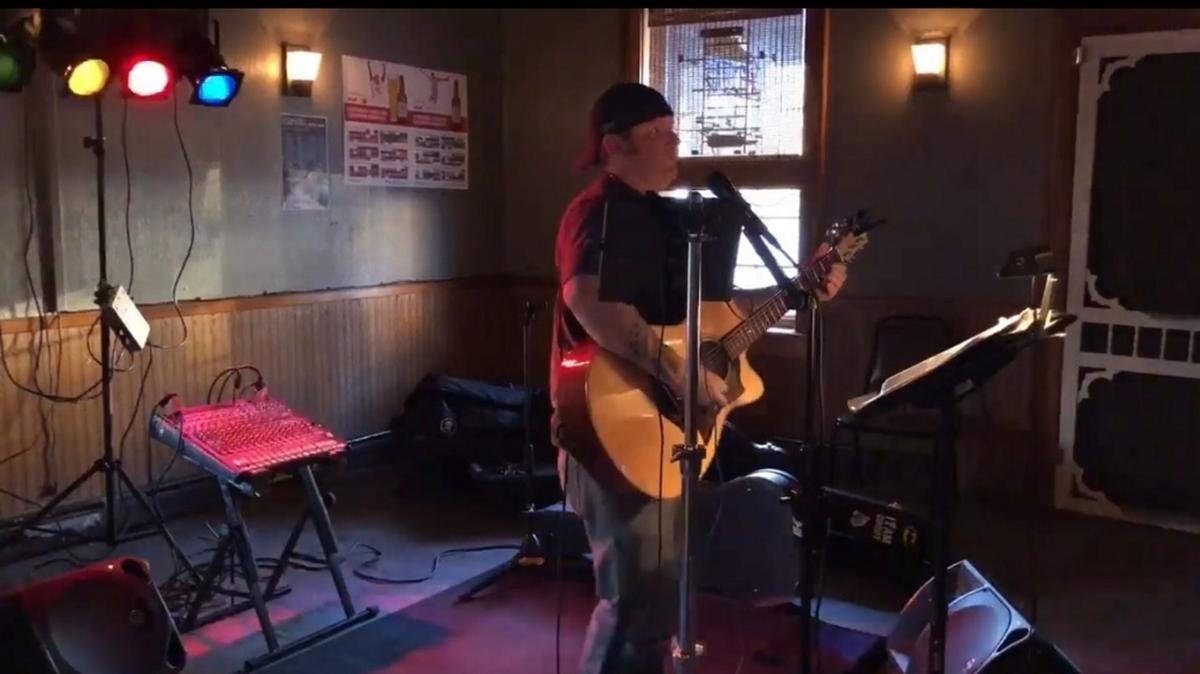 Live performances by Shawn Stoddard can be found from 8 to 10 p.m. Saturdays on Facebook Live. Contributed photo 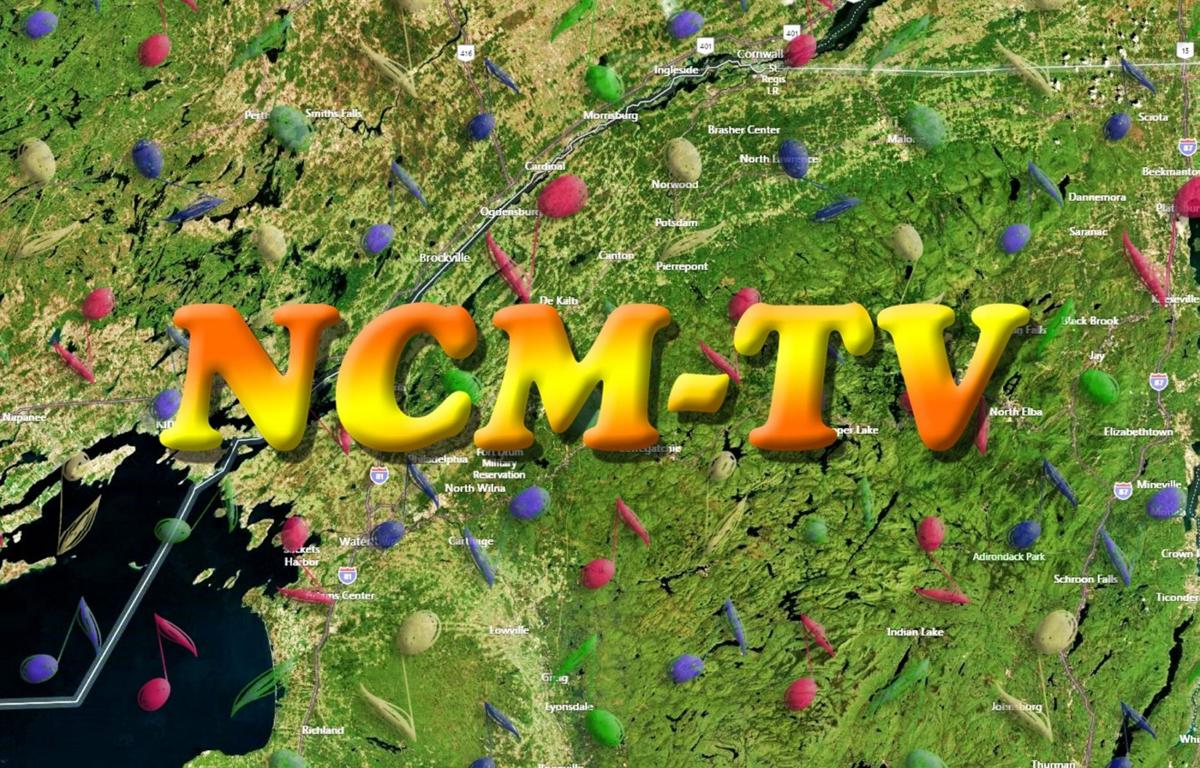 Jillian, Ben, Shannon, Catie and Alisah Todd perform from their living room during “Couchfest,” which can be found on Facebook Live on Friday evenings. Contributed photo

Live performances by Shawn Stoddard can be found from 8 to 10 p.m. Saturdays on Facebook Live. Contributed photo

Local musicians are unable to play public concerts because of the coronavirus, so they’ve taken their music to social media, like Facebook.

It’s a family affair for Ben Todd and his family, Alisah, Catie, Jillian and Shannon. They can be found at 6 p.m. Fridays, gathered at their home for “Couchfest,” an effort that raises money for local organizations. Each Facebook Live performance lasts about an hour, and can be found at https://www.facebook.com/benjamin.todd.58.

“Because of the way things played out, it didn’t come to fruition. So we just changed the name of our series to Couchfest. It just kind of stuck. It gives us something to look forward to,” Mr. Todd said.

The Todd family followed up with a concert for the Snack Pack program in Potsdam, They’ve also used one of their performances to encourage people to support local restaurants, many of which are still offering takeout service.

They just held Volume 8 on Friday, raising money for support pets for the Office for the Aging.

“All in all, I think we’re up to $8,500 that’s been raised. When I say we, it’s really the people who tune in and click on the donate button. We’re giving our time and everybody else is actually donating. There have been some significant contributions in there,” Mr. Todd said.

“As I contact people who operate these charities or these organizations, I get to hear stories about ways this is impacting other parts of the population. It solidifies the need and the reason for doing this,” he said.

Singer-songwriter Shawn Stoddard also takes to the Facebook Live airways from 8 to 10 p.m. Saturdays at https://www.facebook.com/shawn.d.stoddard/. He calls his performances “Quarantinepalooza: Streaming Live From the Shed.” Session 7 will be held this Saturday.

Until the coronavirus hit, Mr. Stoddard had been booked for performances until mid-December. Once the pandemic hit and businesses closed, the doors were also closed on his income.

“My last gig was out in the Carthage area, Great Bend at the Whistle Stop Tavern on March 15. I’ve been out of this for six weeks now,” he said.

His Facebook Live concerts are free. However, donations are appreciated and can be made at www.paypal.me/ninadennypr.

With every donation, the donor will receive a “thank you” package delivered to their doorstep via the U.S. Postal Service. If someone gave a donation and their child was watching the live stream, they can note that in the comments along with the sex of the child and a gift will be sent to the child.

Donors are also added to a drawing for a chance to win a free two-hour gig once the COVID-19 restrictions are lifted. Christine Tupper from Colton was the first winner.

Mr. Stoddard recalled how the Black Crowes had performed online at the beginning of the COVID-19 shutdown, and that gave him the inspiration to follow suit.

He’ll never be at a loss for music. Mr. Stoddard said he has 286 songs to date.

“I’ve been kind of saving them up over the years,” he said.

Viewers will hear music that varies from classic rock to blues. In addition, viewers can make requests during the performance.

“We’ll put up a live feed. Anyone can join the live feed. They can also hit the ‘Share’ button and start their own Watch Party,” he said.

Mr. Stoddard said the plan is to stream Quarantinepalooza live every Saturday until the state reopens for business. Since the stream is live, the posts will be deleted the next morning, along with everyone’s comments.

Andy Van Duyne was hoping to do live concerts with different artists each week at Brick & Mortar Music, until businesses closed because of the coronavirus. The plan was to find a charity and connect with it.

However, the music went on. While there are no live performances, Mr. Van Duyne had acquired software and video equipment that allowed him to broadcast concert videos by local musicians on Facebook Live. North Country Musicians TV can be found at 7 p.m. Wednesdays at https://www.facebook.com/NCM-TV-107828064193040.

He said the programming allows musicians to reach new listeners for exposure, and serves as a platform to highlight and support programs and charities that assist area residents.

“I said, ‘What if I grab a performance from several people... and put together a little package and start doing the show,” Mr. Van Duyne said.

The music viewers will see varies. There are fiddlers, classical guitarists, rock bands and more. Some have recorded their music using video on their phone. Others have more elaborate setups with a camera and sound system. And yet others have supplied past concert footage.

“It’s basically a local music sampler. There’s just an amazing amount of music available. Any style is fair game, so you never know what you’re going to hear. Seventy-five percent of the people I use are doing this actively on their own. Most of these people are doing online videos already. Everybody I play has got a Facebook presence,” Mr. Van Duyne said.

As the music plays, a crawler at the bottom of the screen lists organizations that are available for assistance, like food pantries, as well as restaurants that are still open for take-out.

“It’s ways people can help others or help themselves,” he said.

Mr. Van Duyne said when life returns to normal, viewers who enjoyed the musicians can seek them out to hear more.

“Whatever bar, whatever restaurant, whatever concert stage, be looking for these people,” he said.