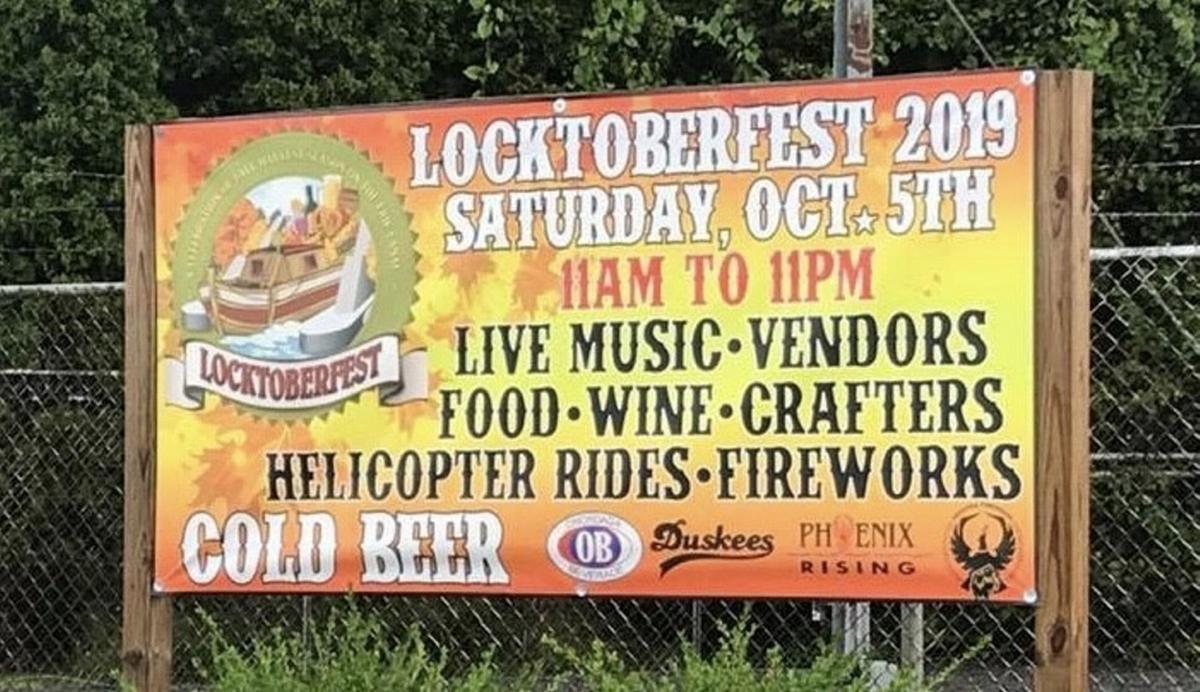 Locktoberfest will feature live music, games, rides, food, drink, crafters, artisans and community groups, as well as a fireworks display that night, from 11 a.m.-11 p.m. on Oct. 5 along the canal in Phoenix. 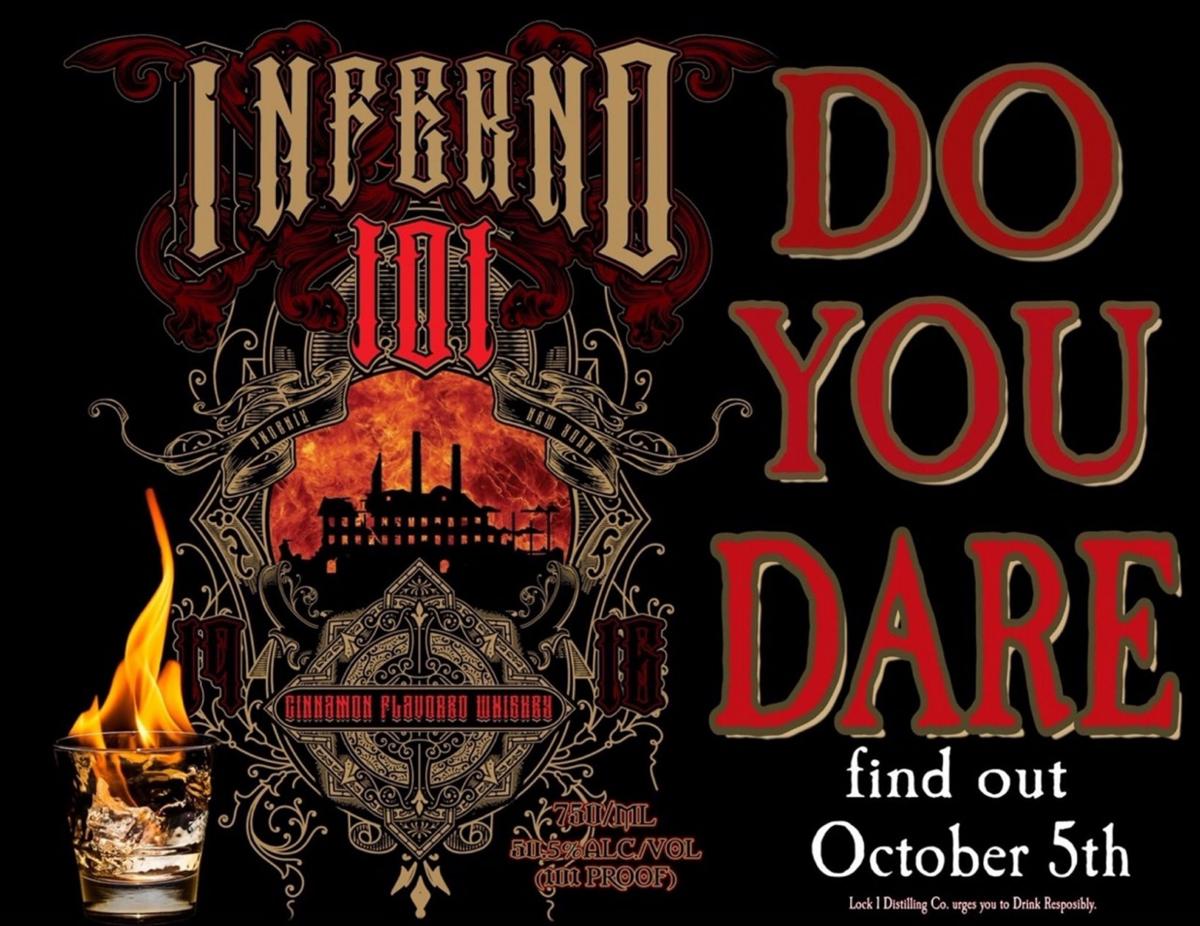 Lock 1 Distillery, one of the local sponsors, is re-launching its cinnamon whiskey, Inferno 101 at Locktoberfest – bringing it back by intense public request after a limited edition first came out in 2017 for the 101st anniversary of the Phoenix Fire. Lock 1 will donate $1.01 from every bottle sold to the Burn Foundation of Central New York to help families affected by fire. 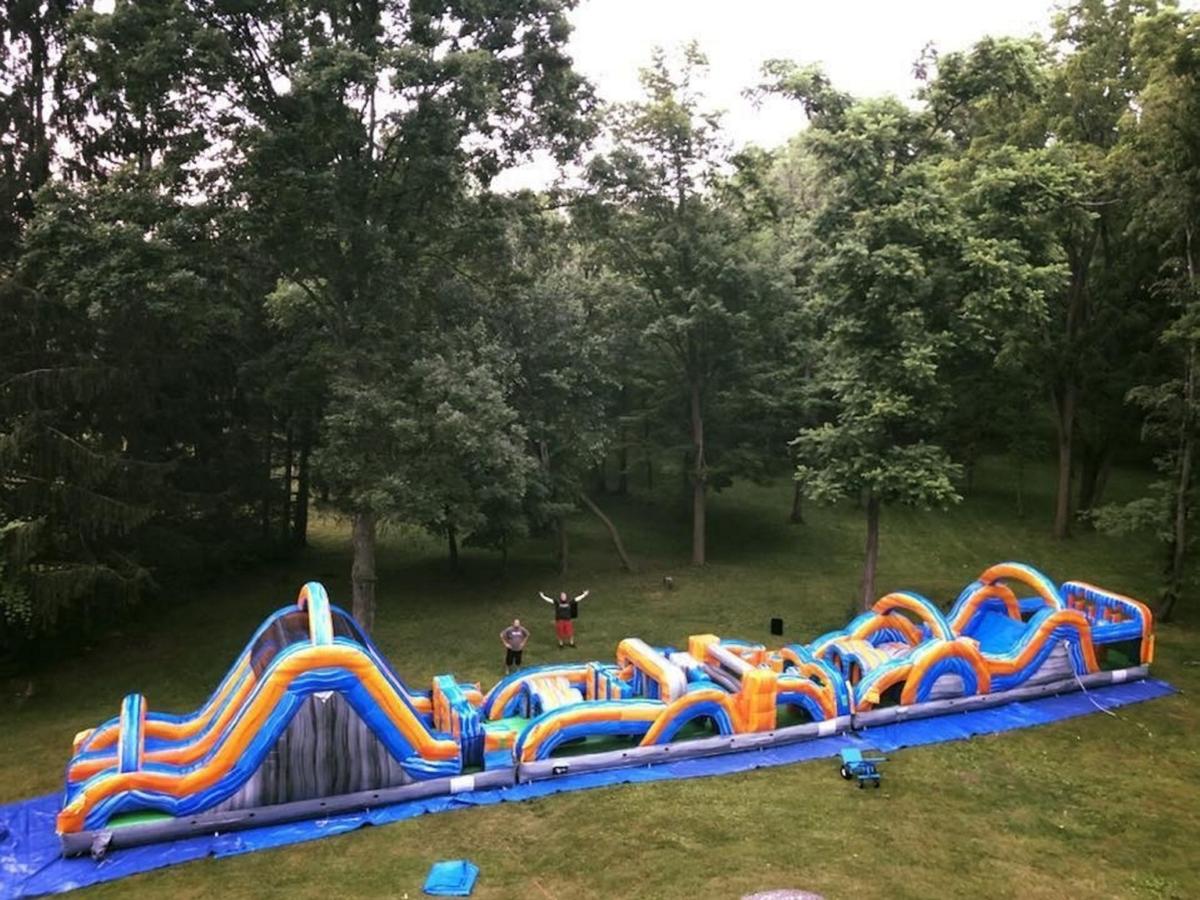 Kids games, rides, photo ops and a 95 foot obstacle course by Insane Inflatables will be one element of the many activities available for the close to 5,000 people who attend the Locktoberfest event.

Locktoberfest will feature live music, games, rides, food, drink, crafters, artisans and community groups, as well as a fireworks display that night, from 11 a.m.-11 p.m. on Oct. 5 along the canal in Phoenix.

Lock 1 Distillery, one of the local sponsors, is re-launching its cinnamon whiskey, Inferno 101 at Locktoberfest – bringing it back by intense public request after a limited edition first came out in 2017 for the 101st anniversary of the Phoenix Fire. Lock 1 will donate $1.01 from every bottle sold to the Burn Foundation of Central New York to help families affected by fire.

Kids games, rides, photo ops and a 95 foot obstacle course by Insane Inflatables will be one element of the many activities available for the close to 5,000 people who attend the Locktoberfest event.

PHOENIX - As community moves beyond its summer season towards the call of school bells and colors flare up to fall, Phoenix begins a new rise towards all it has to offer, celebrating its roots and wings with canal-side activities designed to bring local families together for some fun. The 5th Annual Locktoberfest is just around the corner, scheduled this year for Saturday, Oct. 5, with a promise of bringing ever bigger and better opportunities for everyone to explore beside the river.

Scheduled from 11 a.m.-11 p.m., Locktoberfest puts a focus on the many things small canal communities like Phoenix have to offer. From live music on two stages, to food trucks, vendors and Beer and Wine Garden, to nearly 80 crafters, artisans, school district and non-profit groups, as well as a variety of specialty activities, Locktoberfest is designed to bring the local and regional community together. Partnering with the Great Outdoors in sponsorship and the New York State Canal Corporation which highlights similar ‘Lock Festival’ events around the state each year, this local celebration is an opportunity to bring in large numbers of residents from around Central New York and introduce them to the many wonderful and rising elements Phoenix has to share.

“As in every year, we try to make it bigger and more diversified,” says Jim Lynch with Phoenix Rising. “The whole community is invited in to promote their organization and showcase their activities. We strive to show all the opportunities in and around the community – what’s available here to everyone.”

Fully committed to these types of events, volunteers from Phoenix Rising have been actively engaged in pulling together a variety of components that will inspire and excite local pride through a full day and night. With the help of this network, there is a solid intent to draw attention to what defines the heart of small town Phoenix and to highlight its strengths.

Beginning with two stages of music and musicians playing throughout the day, sponsorships by S & S Premiere Realty, Slocum Development and Lock 1 Distillery made multiple performances a reality. Bands will be playing on the Main Stage of Lock Island with talented local acts, sure to keep the crowd engaged. They include the Scars and Stripes Unplugged (noon-2 p.m.), the Shempdells (2:30-4 p.m.), Str8on (5-7 p.m.), Country Swag (7:30-9 p.m.), and The Custom Taylor band (9:30-11 p.m.). Stage Two, sponsored by Lock 1 Distillery, will feature Keith Ford (noon-1:30 p.m.), Two Cranks (2-3:30 p.m.), Sara Renfrew and Jason Connolly (4-5:30 p.m.), Sidetracked (6-7:30 p.m.) and the Timeline Band (8-9:30 p.m.) In addition, local drama club students will budge in between band set-ups to practice their comedy improv skits, in preparation for the high school’s fall performance in early November.

Along with the music, the downtown and canal area will host over 20 food trucks and tents, plus around 80 vendors, crafters and artisans selling locally made one-of-a-kind creations, in addition to local non-profit organizations set up to spread awareness of their services and products. Specialized activities are available for all ages at Locktoberfest, with offerings of pony rides, helicopter rides, an extensive obstacle course along with other kid’s games from Insane Inflatables, an appearance by “Max the Unicorn” for photo ops, and even a one-of-a-kind fireworks show at night by Pyrotecnico, sponsored by Billy Whittaker Cars and Trucks.

Digging a little deeper into the core of Phoenix, the general manager of Lock 1 Distilling Company, J. Hatch, feels that in partnership, they have achieved elements this year that truly highlight the best of Phoenix, rising from the ashes of history to go beyond, rise higher and show the fire of this community.

As many know, the local distillery built its brand on the Phoenix story, and continues to take meaningful steps that support that history. Beginning with their award-winning Ryze Vodka – made from locally grown winter wheat and rye – and featuring the Firebird rising from the ashes of Phoenix Fire history, they have gone on to create a variety of connected products. From their Locktender’s Gin “the Locktender being the most important guy on the canal,” says Hatch, to the fact that Phoenix had one of the last working drawbridges in New York state – inspiring their Drawbridge Gin moniker, “It’s all about extending that feeling of community.”

Overall, he expresses, being a part of Locktoberfest is one sure way to “draw in community, and highlight what Phoenix is all about”. Taking it a step further, he adds, “The Phoenix Fire is the story of the village. And if you think about it, the volunteer fire service is the story of every small village in Every town – even if people are just served by the fire department, it touches everyone.” With that thought (and as many Phoenicians have lurking in their service soul) Lock 1 wanted to find a way to give back to this and every small village community, honoring its fire service. They decided through discussions with the Fire and Iron Motorcycle Club to pursue ways to support the Burn Foundation of Central New York, “on behalf of firefighters everywhere,” says Hatch. This year, they are stepping forward in honoring that Phoenix fire spirit in unique and tangible ways.

Lock 1 will be set up near the end of the State Street block, occupying the lawn space beyond the AllTel building with the second stage, under tents, and with cocktails being served. They will, in autumn style, feature their Apple Pie on the Rocks and Apple Cider slushies in alcoholic and non-alcoholic versions. Joining in at that location, Wolf Wood Fired Pizza, and Old Coast Lobster food vendors, as well as Tismart Cigars of Brewerton.

The distillery is also taking steps both backwards and forwards on the Phoenix path. For one thing, as Lock 1 evolved its products, it developed a widely favored cinnamon whiskey, released in 2017, as Inferno 101. Lending itself to the 1916 fire that changed the village for all time, it was originally produced in limited quantities for the 101st anniversary of the Phoenix Fire. Since then, customers “very forcefully, keep asking us to bring it back,” Hatch says. At Locktoberfest, that wish will be granted, as “the first day you can get the product again,” he says.

Additionally, for every bottle sold, Lock 1 Distillery will donate $1.01 to the Burn Foundation of Central New York, “to help kids and families affected by fire,” Hatch adds.

In true community tone, Hatch confirms that they wanted to tie in the re-launch of the product in a way that could also honor the community, and the Enterprise Fire Department, pointing out that they have had an organized department since 1852. “You don’t have that everywhere,” he says, “Celebrating our firefighters is one of the best things we can do here in Phoenix”, citing the tagline and tribute, “Some charge in where others fear to go.”

The area around the Lock 1 space will also feature a 1935 fire truck, a display of items that survived the fire, and a hose cart from the Enterprise department’s historical collection, for the crowds to enjoy.

As another treat for festival-goers, IBU Brewery, a local craft brewery onsite for Locktoberfest, will introduce a “pastry stout beer that has a cinnamon roll profile” (vanilla, brown sugar, and the same cinnamon used by Lock 1) called ‘Fire Drill beer,” says Hatch. “It’s the first chance to try it.” From the big picture view, grounded in local community endeavors, release of both Inferno 101 and Fire Drill beer are jumpstarted just in time … since Fire Prevention Week starts Oct. 6.

Focusing on ‘everything Phoenix’ stirs a community heart throughout the village, inspires a coming together even in its creation, and hopes to beckon others into the shared fold on October 5 at Locktoberfest.

Lynch says he “could go on and on about all the ways people are joining in to help, getting involved in making this a spectacular event that appeals to a greater community”. A more practical example even includes the local service of Butler Disposal Systems, who are bringing in new, improved and upgraded bathroom facilities with full sinks and countertops built in, or in offering the range of raffles people love. “Whether it’s local businesses, or community volunteers joining in, it shows how we all strive to expand and showcase Phoenix. This event grows every year,” says Lynch “We want the community to come out and enjoy all this! Food, drinks, music, crafters, rides, games, a unicorn … what could be better?”

As for Hatch, among those finding the fiery flare that propels the Phoenix story forward in flight, there are meaningful connections to be shared. Locktoberfest is “almost like a love letter from the owners to the village … about what it means to be from a small community … We should embrace that feeling, and celebrate it,” Hatch says, “I’m proud to be a part of this village,” he adds, “And I hope people will come out. It’s a place we can all really shine and show the ways we can all come together as a community.”