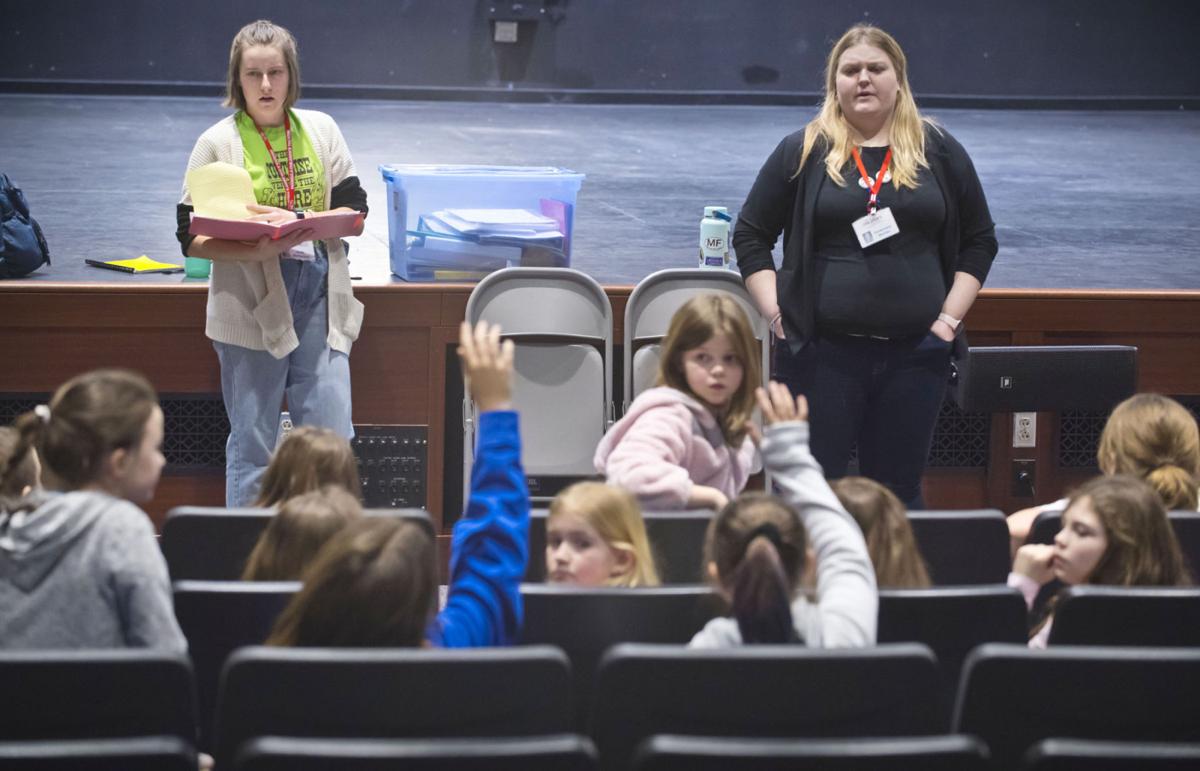 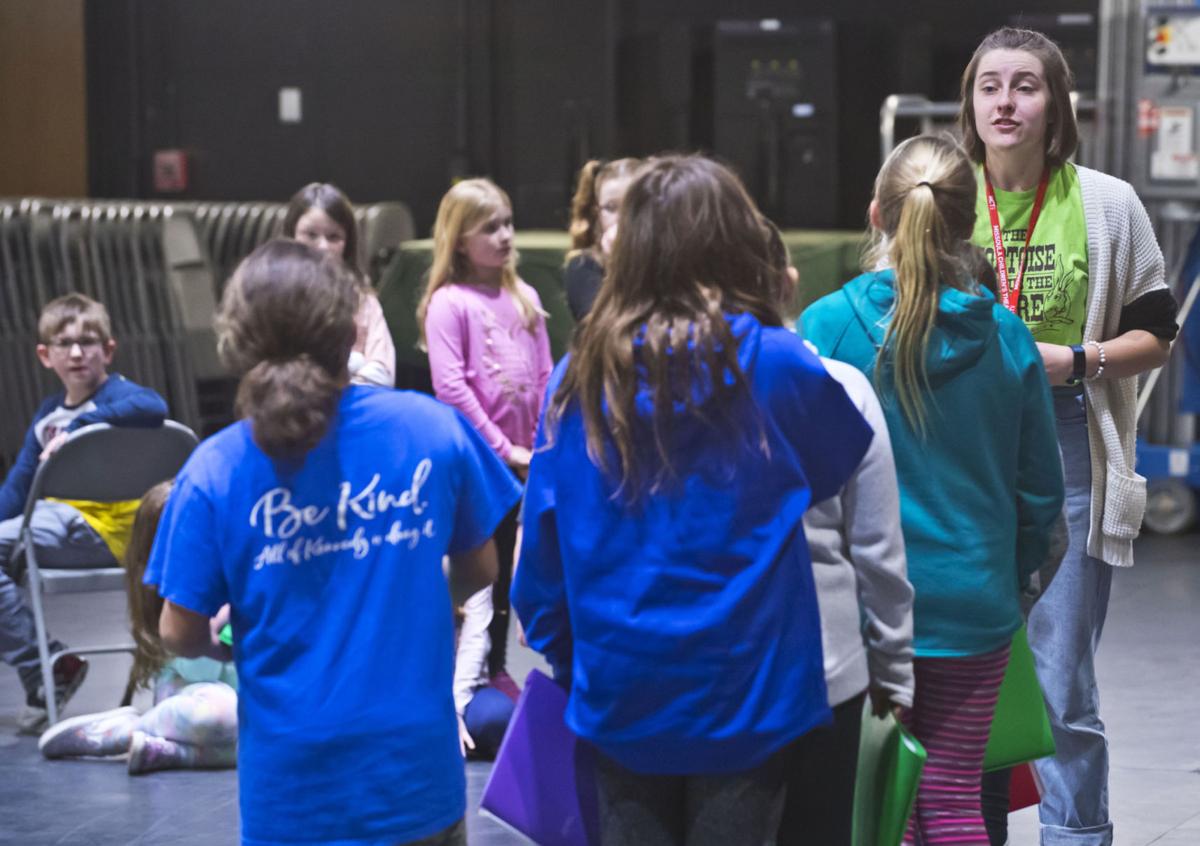 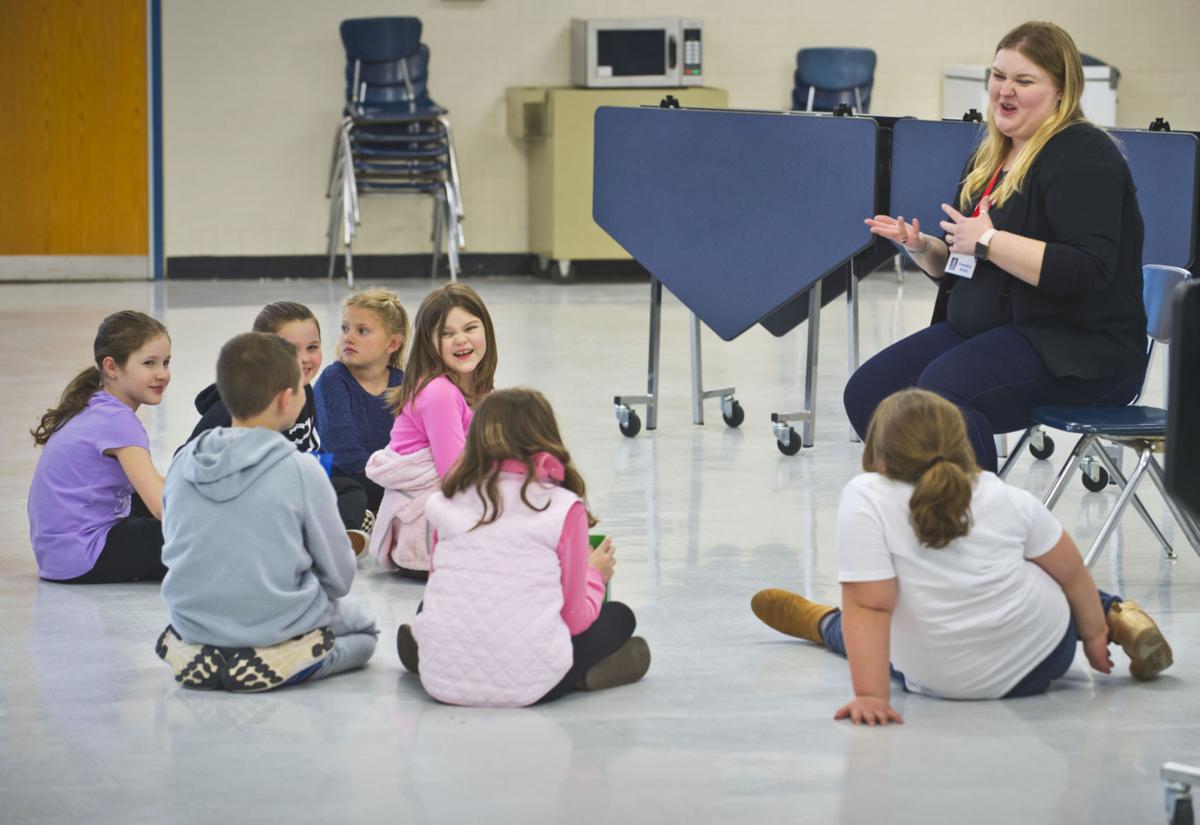 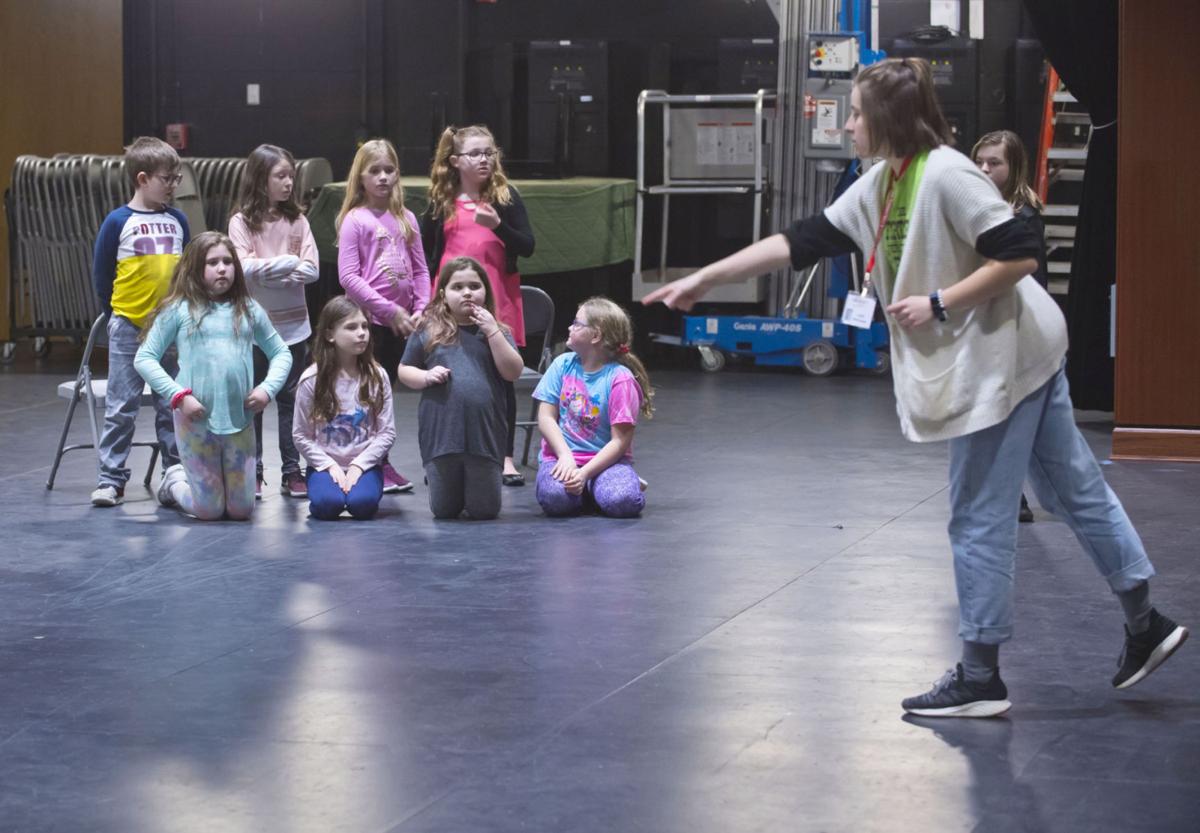 OGDENSBURG — Courtney B. Marks and Calli M. Mc-Cartan are traveling ambassadors of the performing arts who are in a race to prepare 41 local students to perform a play in the George Hall Auditorium at Ogdensburg Free Academy on Saturday.

The two actor/directors from the Missoula Children’s Theatre arrived in town on Sunday, auditioned students on Monday and will have a show ready for the stage on Saturday.

The play, “The Tortoise Versus the Hare,” a presentation of Ogdensburg Command Performances, will be presented at 3 and 5:30 p.m. Saturday. Tickets are $6 for adults, $4 for children younger than 12 and free for preschoolers. Tickets may be purchased online at ILoveTheatre.org, by phone 315-393-2625 or at the door.

After Monday’s auditions, part of the cast had its first rehearsal. On Tuesday, the two directors worked with small groups with the aim of getting everybody organized and learning their parts.

“By Wednesday we have the full cast and by then they know the whole show,” Ms. Marks said. “And then we rehearse Thursday and then they do their dress rehearsal on Friday and they are doing two shows on Saturday.”

The show is very flexible and can be adjusted according to how many kids audition.

Ms. McCartan and Ms. Marks take turns, from week to week, being on stage and working back stage. In Ogdensburg Ms. McCartan will be performing, while Ms. Marks will be backstage making sure everything runs smoothly and everyone hits their cues.

“There are a handful of parts that you really need to help tell the story,” Ms. McCartan said. “And then are there are a lot of group parts added in.”

The Missoula Children’s Theatre writers take fables and fairy tales and well known stories and add extra characters going through the plot line. So, when there are only a few actors in the production, a group can become one character, or a group of 10 can become a group of three, Ms. McCartan said.

Playing the title characters of Coach Shelley Bowlback and Curly Hare in the Ogdensburg production are Kayleigh Chevrier and Peighton Parmer.

Other featured characters include Amira Mallette as Esther Bunny, Leah Pike as Little Bonnie Bunny, and the Weasels played by Chloe Frank and Jamie Furgison.

The Ferrets will be played by Jackson Duprey, Caelum Rider, and Georgianna Wells.

The TV Crew will be Lauren Bouchard, Abigail LaRose, and Alaylah Mallette with Tanner Knapp, Jayden Salazar, and Olivia Sias playing the Stagehands.