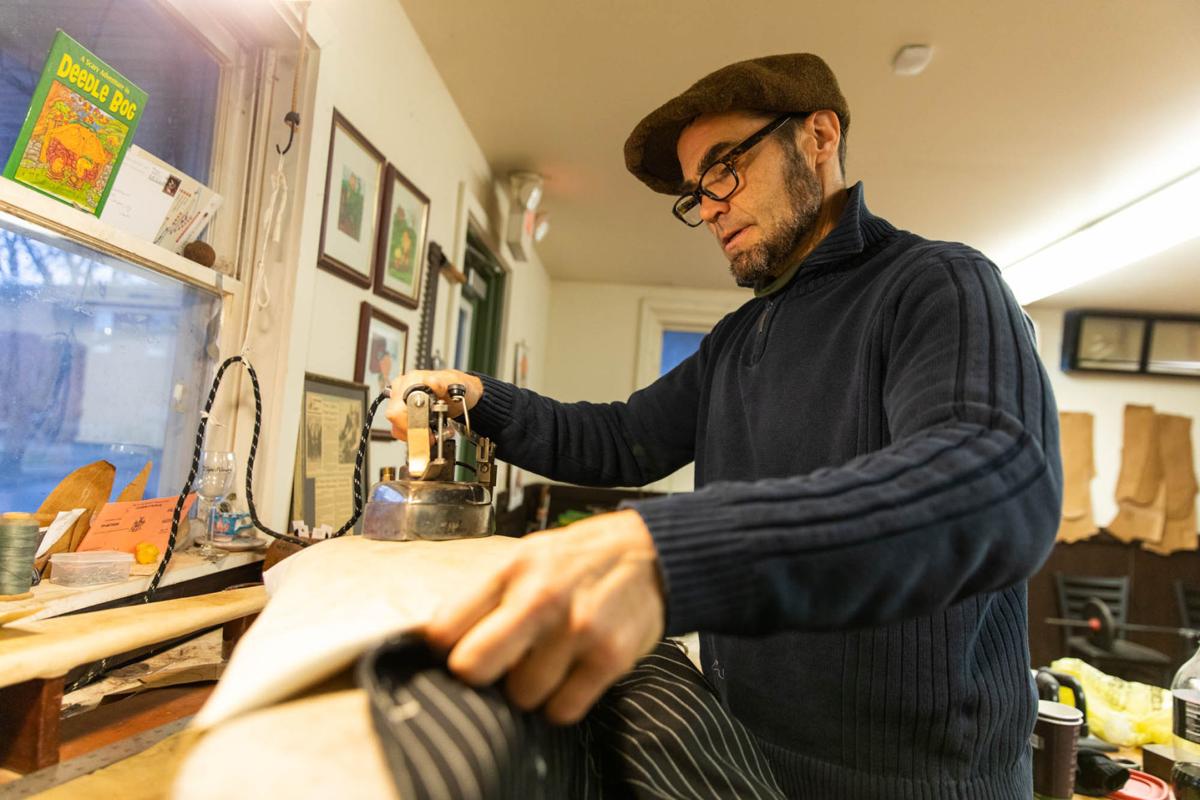 Frank Shattuck, a tailor in Sackets Harbor, irons a suit jacket he made in his village shop. Sydney Schaefer/Watertown Daily Times 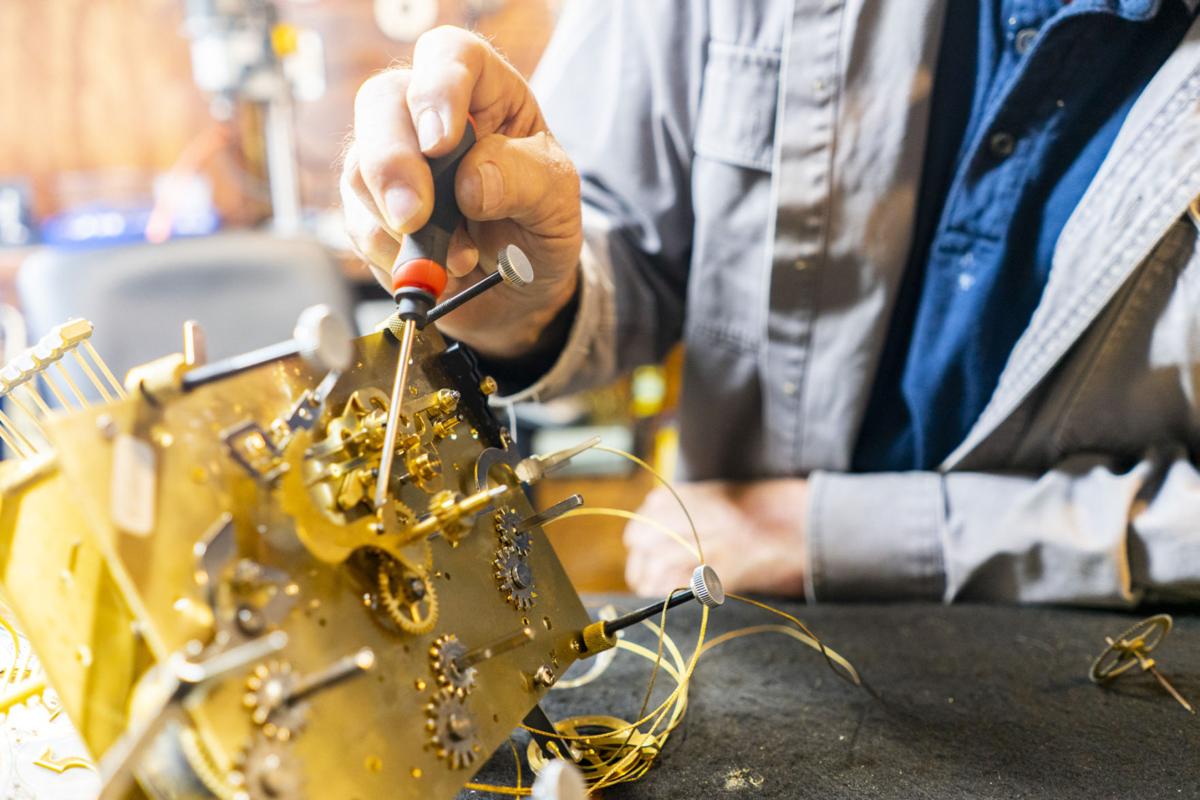 Garry Scholes, the owner of Thousand Islands Clock Works, demonstrates how the mechanism of a grandfather clock works in his shop in Alexandria Bay. Julia Hopkins/Watertown Daily Times

Frank Shattuck, a tailor in Sackets Harbor, irons a suit jacket he made in his village shop. Sydney Schaefer/Watertown Daily Times

Garry Scholes, the owner of Thousand Islands Clock Works, demonstrates how the mechanism of a grandfather clock works in his shop in Alexandria Bay. Julia Hopkins/Watertown Daily Times

While we say goodbye to the first decade of the 21st century and move forward into a world filled with automation, ruled by logarithms and lived in cyberspace, there are still some in Northern New York who do things the old fashioned way.

The program, “More to the Story: They Still Do That,” features interviews with Jack Johnson, Julie Pratt, Gary Scholes and Frank Shattuck.

Mr. Johnson makes lacrosse sticks from local hickory trees that he cuts down and carves himself in his workshop. Mr. Johnson talks about the advice his teacher, Alf Jacques, once gave to him: “You put the love in it and the medicine in it by struggling to make that stick.”

Ms. Pratt hand-makes soap from scratch in her workshop in Lisbon. She started making soap as a hobby while at school in Syracuse, until she launched a full-time business in Lisbon called Attagirl Soaps.

“I got interested in making soap more because I love history and I love learning things,” Ms. Pratt said. “I’m the kind of person where I just want to constantly be learning something.”

Mr. Scholes owns a shop in Alexandria Bay called Thousand Island Clock Works, where he refurbishes old clocks. He was working in construction when he attempted to fix an old clock, which gave him the idea. It began as a hobby and now he has opened his door to local customers looking to repair old treasures they found in their home. His advice to customers? “Bring them here.”

Mr. Shattuck is a tailor in Sackets Harbor who has been perfecting his craft for 35 years.

“If you went to an old tailor shop in the year 1900, everything I do, they do,” Shattuck said, referring to how he hand-stitches his suits.

Through Skype technology, he oversees measurements and fittings with customers as far away as London, without ever leaving his home.

The story will be published in the Dec. 29 edition of the Watertown Daily Times and be broadcast on WPBS the same day at 6:30 p.m.