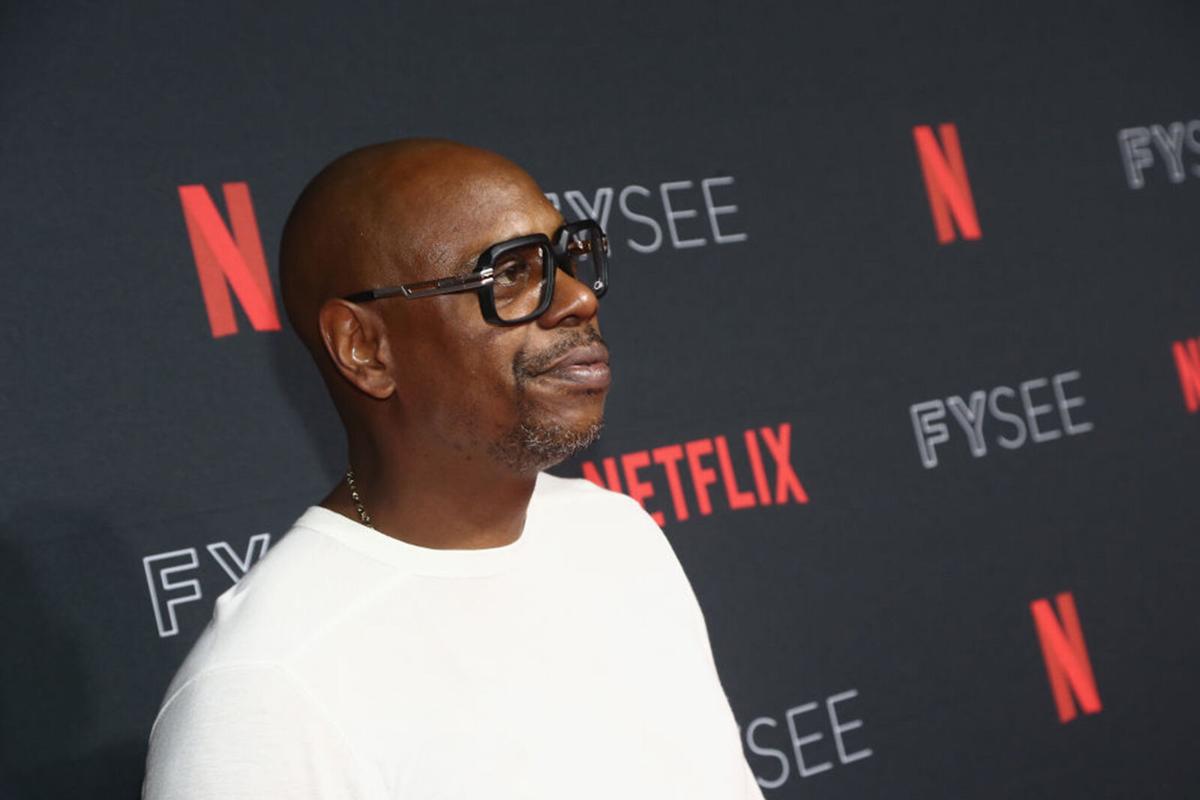 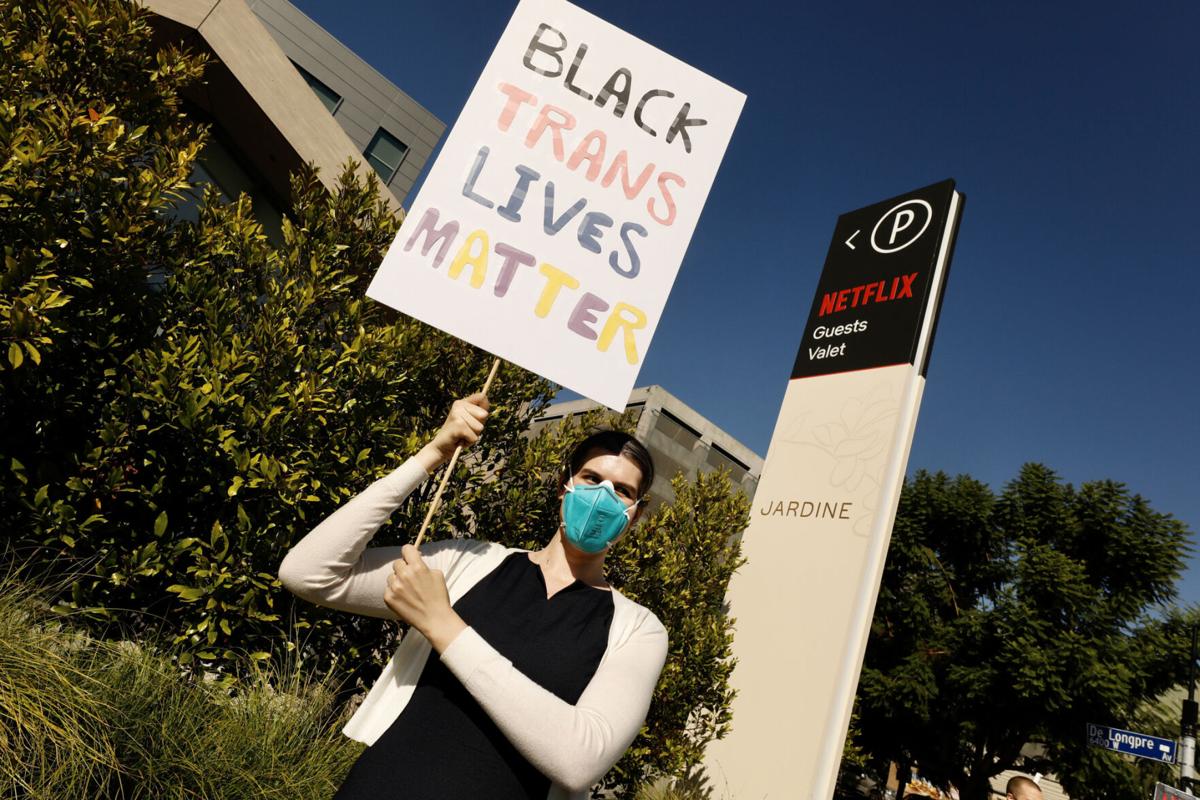 Lily Weaver was outside Netflix’s office in Hollywood, Calif., on Wednesday morning in support of a walkout to protest Netflix’s decision to release Dave Chappelle’s latest Netflix special. Weaver is not employed by Netflix. Al Seib/Los Angeles Times/TNS

Lily Weaver was outside Netflix’s office in Hollywood, Calif., on Wednesday morning in support of a walkout to protest Netflix’s decision to release Dave Chappelle’s latest Netflix special. Weaver is not employed by Netflix. Al Seib/Los Angeles Times/TNS

LOS ANGELES — Wednesday at 10 a.m., some employees of the world’s most dominant streaming service will walk out of Netflix’s Los Angeles office on Vine Street and gather for a demonstration calling for accountability and reform.

It’s the latest development in a controversy that began brewing two weeks ago when transgender Netflix staffers and their allies went public with their disapproval of the streaming giant’s decision to release Dave Chappelle’s “The Closer.” The special features the comedian making transphobic remarks and other insensitive jokes.

An avalanche of backlash, protests within Netflix, suspensions and defensive statements from the company prompted the walkout, which was organized by the Netflix employee resource group Trans .

A list of walkout demands reviewed last week by the Los Angeles Times asks the company to remove all references to and imagery of Chappelle — such as murals and posters — from the workplace and acknowledge the harm the special and Netflix have allegedly caused the trans community.

Drafted by members of Trans , the document also requests that the streamer set aside a fund specifically aimed at cultivating trans and nonbinary talent, both behind and in front of the camera, in addition to investing in more content from trans creators.

Along with reforming “internal processes” leading up to the release of “potential harmful content,” the manifesto also challenges Netflix to hire trans people for leadership roles at the company, such as directors and vice presidents.

Shortly after “The Closer” premiered earlier this month, Netflix senior software engineer Terra Field posted a viral Twitter thread listing the names of trans people who have died from transphobic attacks to illustrate the potential ramifications of anti-trans rhetoric.

The following week, Netflix suspended Field and two other staffers for attending a quarterly business meeting reserved for executives at the company. Field and her co-workers have since been reinstated following an internal investigation.

Shortly after the suspensions, Netflix also fired another employee, who “may have been motivated by disappointment and hurt with Netflix,” for “sharing confidential, commercially sensitive information outside the company.”

Online, Field has remained outspoken about the special’s impact on the trans community. This week, she published a Medium essay, titled “It Was Never About Dave,” reflecting on “The Closer” and why she felt compelled to hold her employer accountable.

“Dave is not, and has never been, the cause of this problem — he is a symptom of it,” she wrote.

“That Dave believes the things he says and can say them with relative impunity is a result of the culture we live in: a culture that marginalizes and devalues trans people. He contributes to that culture in a very real way, but at least he isn’t out there bragging about how many LGBTQ+ allyship awards he has won while he is doing it.”

Field also pushed back on a recent email sent from Netflix co-CEO Ted Sarandos to staff that doubled down on his defense of the special and argued that “content on screen doesn’t directly translate to real-world harm.”

“When a company like Netflix says something like, ‘We do not believe this content is harmful to the transgender community,’ you can be virtually certain that not a single trans person was involved in that decision,” Field wrote.

Also in response to Sarandos’ widely criticized missive, GLAAD — a watchdog organization advocating for authentic LGBTQ+ representation in entertainment — pointed out that “Disclosure,” a documentary released by Netflix, directly refutes the co-CEO’s argument. Directed by Sam Feder, the doc illustrates how the trans community has suffered as a result of negative media portrayals throughout film and TV history.

Organizers of this week’s walkout have asked Netflix to make “Disclosure” more visible on the platform, especially “alongside and after content flagged as anti-trans.”

Immediately following Wednesday’s walkout, a nearby rally hosted by activist Ashlee Marie Preston presented Sarandos with a “list of firm asks ... rooted in our collective capacity to create change.”

“We shouldn’t have to show up quarterly/annually to push back against harmful content that negatively impacts vulnerable communities,” Preston posted Monday on Instagram.

“Instead, we aim to use this moment to shift the social ecology around what Netflix leadership deems ethical entertainment, while establishing policies and guidelines that protect employees and consumers, alike. ... Cross-cultural solidarity is an indomitable force that moves all of us forward. We hope to see you there!”