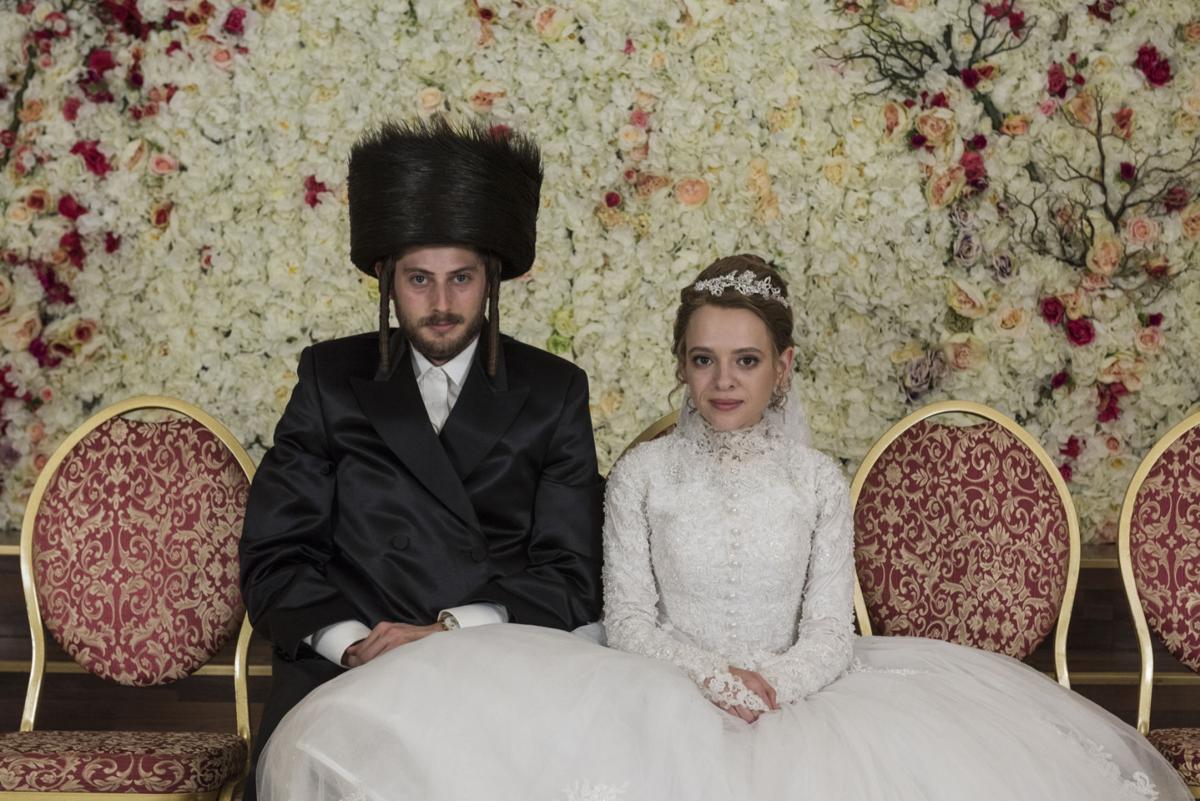 Amit Rahav, left, and Shira Haas star in “Unorthodox,” a Netflix series about a young woman who flees her Hasidic community in Williamsburg, Brooklyn. Anika Molnar/Netflix/TNS 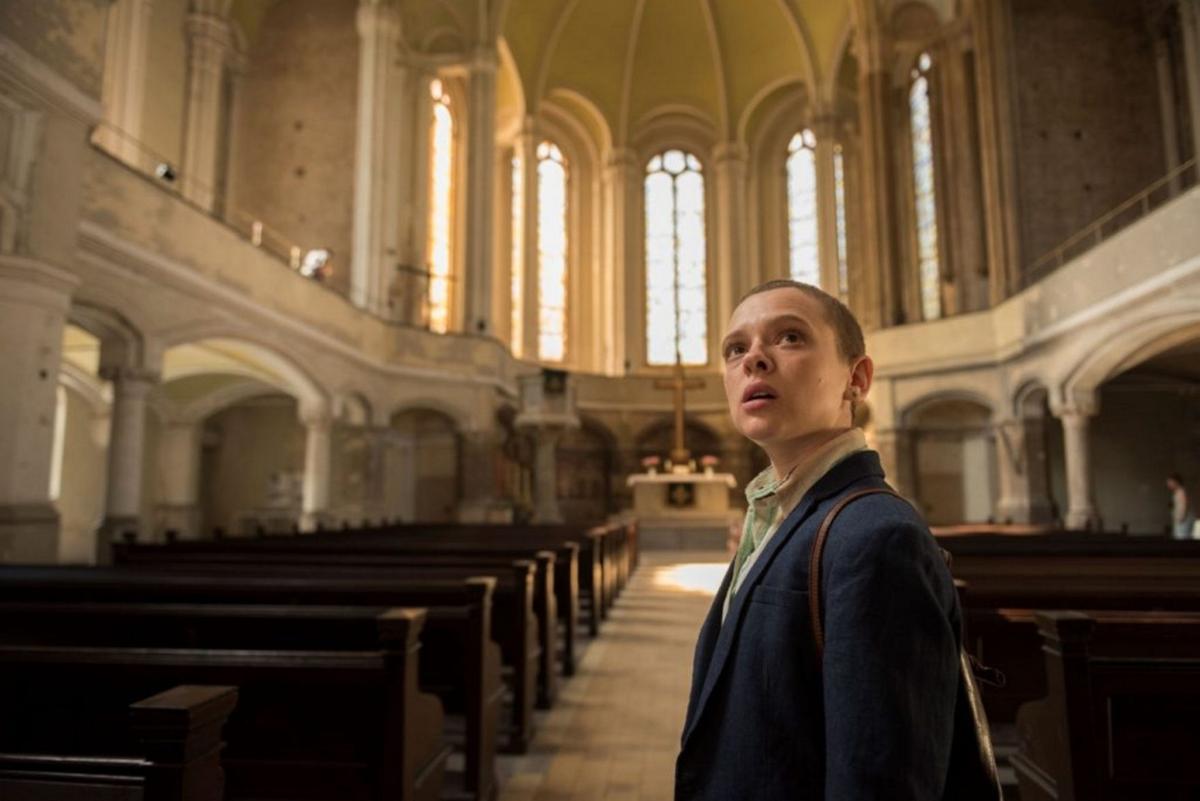 Prior to filming, Shira Haas had little previous exposure to Yiddish. She depended on help from Eli Rosen, an actor, writer and translator who was raised in a Hasidic family in Borough Park, Brooklyn. He would record her lines for her to listen to, reading them at different speeds. Netflix 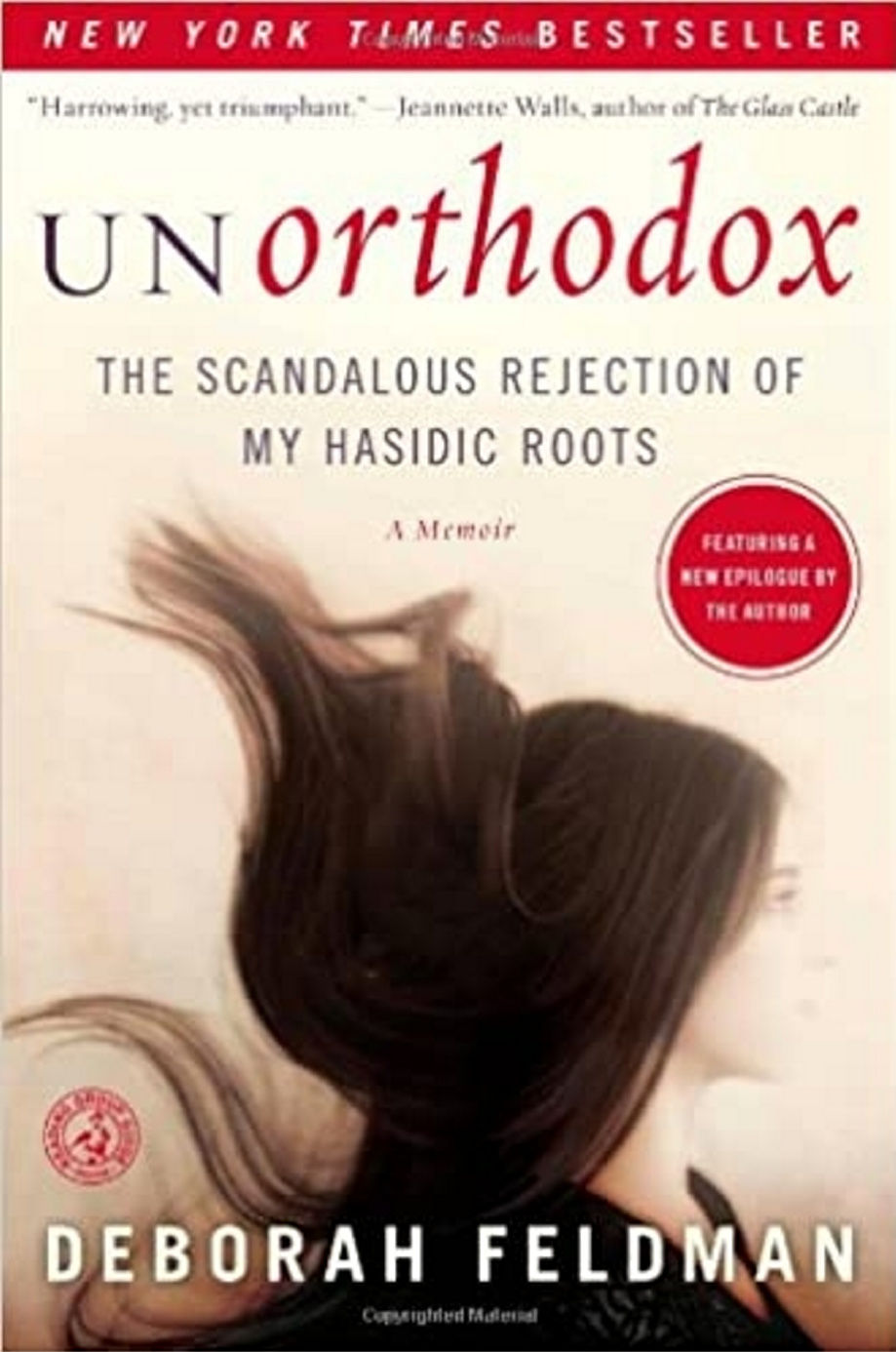 Amit Rahav, left, and Shira Haas star in “Unorthodox,” a Netflix series about a young woman who flees her Hasidic community in Williamsburg, Brooklyn. Anika Molnar/Netflix/TNS

Prior to filming, Shira Haas had little previous exposure to Yiddish. She depended on help from Eli Rosen, an actor, writer and translator who was raised in a Hasidic family in Borough Park, Brooklyn. He would record her lines for her to listen to, reading them at different speeds. Netflix

The Netflix limited series “Unorthodox” follows Esty, a young Hasidic woman desperate to flee the only world she has ever known for an uncertain future halfway around the world. Raised in Brooklyn’s Williamsburg in a Satmar community — a Hasidic sect known for its extreme religious conservatism and rigidly enforced gender roles — Esty (Shira Haas) escapes to Berlin, where she befriends a group of conservatory students and attempts to track down her estranged mother.

The series flashes back to explain the circumstances that led her to make such a dramatic break with the past: As a sheltered teenager, she is set up in an arranged marriage with Yanky (Amit Rahav), a young man she barely knows, and is expected to start a family almost immediately.

“From the beginning,” says writer and executive producer Anna Winger, “we were interested in telling a deeply human story about the search for self-definition, freedom, community, about a young woman looking for her place in the world and struggling to find it.”

Directed by Maria Schrader and inspired by Deborah Feldman’s memoir of the same name, “Unorthodox” provides a rare glimpse inside the Hasidic world, with an eye for evocative details, from the Styrofoam wig stand on Esty’s dresser to the aluminum foil covering her family’s kitchen on Passover. Anchored by Haas’ riveting performance, the series is deeply sympathetic to Esty, who longs to study music but is relegated to being a mother and homemaker despite being ignorant of her own anatomy.

In one of the show’s more startling scenes, a woman who works as kallah teacher — a kind of Orthodox sex ed instructor — tells Esty what is expected of her as a wife. Sex is holy, intended to create a family, she explains, “and family is everything.” When Esty struggles to be intimate with Yanky, the pressure, particularly from her mother-in-law, quickly becomes unbearable.

Winger says the series arose from conversations with Feldman, a longtime friend.

“Deborah always jokes that she didn’t escape from a patriarchal culture, she escaped from a matriarchal culture,” Winger says by telephone from Berlin, where most of the series was filmed. “She was dealing with older women who were telling her what to do. That’s a joke. But it’s funny because women are also very strong in that community.”

“Unorthodox” can be seen as critical of the limited opportunities available to women in Hasidic culture. But the series also treats some rituals, like the mikveh in which Esty purifies herself before getting married, with reverence and care.

This attentiveness was key to making Esty’s journey relatable, says Winger, who created “Unorthodox” with Alexa Karolinski: “The more specific the story, the more universal it can be.”

Early in the writing process, the producers reached out to Eli Rosen, an actor, writer and translator who was raised in a Hasidic family in Borough Park, Brooklyn, and performs with the New Yiddish Repertory Theater in New York. He was impressed that the “Unorthodox” team solicited his involvement well before the scripts were finished, meaning he could help shape the material in a substantive way. “I got the feeling they were taking authenticity seriously,” he says.

In addition to playing the rabbi who officiates Esty’s wedding, he helped write and translate the scripts into the specific dialect of Hungarian Yiddish spoken in the Satmar community — a patois inflected with English words like “funny” and “fancy” — and was present nearly every day on set as a dialect coach and cultural consultant. He also related to the project on a personal level: Like Esty, he eventually left the Hasidic way of life, though his departure was more gradual and less traumatic.

For Haas, who played an ultra-Orthodox woman in the Israeli series “Shtisel” but had little previous exposure to Yiddish, Rosen was an essential resource, helping her master unfamiliar dialogue in just a few weeks of preparation. “He is the person who saw all different sides of me. We spent so much time together,” she says by phone from Tel Aviv.

He would record her lines, reading them at different speeds. She would listen to them for hours on her headphones, write them out by hand and record herself reciting them back to him.

“It was really important for me to understand what each word means,” she says, “not just to understand the whole sentence, but to understand every word so I could play with it and change it. ... I wanted to have freedom in my acting.”

For the English-language scenes in Berlin, Rosen helped Haas tone down her Israeli accent, with its guttural inflections and short vowels, and make her sound more Yiddish. “She was an incredible student. She is the hardest-working actor I’ve ever met in every sense,” he says.

From the beginning, the producers were determined to cast only Jewish actors to play Jewish characters.

“We felt it was really important they have a feeling for the ritual but also for the language,” Winger says. Many of the supporting roles were cast with performers from the New Yiddish Rep in New York. For obvious historical reasons, it was harder to find Jewish actors, particularly Yiddish speakers, in Germany, but a casting agent introduced the producers to Jeff Wilbusch, who plays Yanky’s dodgy cousin Moishe. The Berlin-based actor grew up with 13 siblings in a Yiddish-speaking family in Mea Shea’rim, a fundamentalist ultra-Orthodox enclave in Jerusalem, but eventually cut ties with his upbringing.

He and Rosen became fast friends, bonding over their shared experiences. “It was like this incredible reunion of long-lost relatives,” Rosen says.

Winger estimates there were about 10 people on set who had left the Hasidic community; a few even discovered they were cousins.

“It was really touching because they all spoke to each other in Yiddish, and they had a lot of stories to share,” says Winger, who describes “Unorthodox” as “the most Jewish thing I’ve ever worked on.” As a secular Jew, she was also heartened to find common ground with the devout characters portrayed in the series, particularly when it comes to the importance of family.

“The spectrum of Jewish experience is broad,” she says, “but it doesn’t break.”

To help capture the texture of that experience, early in pre-production, department heads including costume designer Justine Seymour, production designer Silke Fischer and cinematographer Wolfgang Thaler traveled to Williamsburg to absorb the look and feel of the neighborhood.

Costumes were sourced in Brooklyn and at second-hand shops and Turkish modest clothing stores throughout Berlin. Some exteriors were shot on location in Williamsburg, while the cramped family apartments were meticulously constructed on Berlin soundstages.

It was filmed over two days at a Palestinian wedding hall in Berlin, during a blistering heat wave when temperatures soared into the 90s. A hundred extras were needed to play wedding guests, and finding enough bearded men was a challenge. Says Winger: “We were casting hipsters on the street.”

Rosen had to condense the Satmar wedding ceremony, which can last for many hours, into a few minutes of screen time, and weighed in on placement of guests in the wedding hall. The festive garb also had to be accurate, but it was deemed too expensive (and inhumane) for the production to buy dozens of shtreimels, the traditional mink hats worn by Hasidic men on the sabbath and other religious occasions. So a theater company produced dozens of them using fake fur wrapped around cardboard.

No detail was too minute. Haas recalls overhearing a protracted discussion between Wilbusch and Rosen about the length of their socks. “It was that specific,” she says.

Rosen made one conscious decision to rupture the verisimilitude, though it’s likely few will notice it. In character as a rabbi during the marriage ceremony, he uses a euphemism rather than actually reciting God’s name — a nod to the fact this is a wedding staged for a TV show, not a real one. (In Orthodox law, using God’s name in vain, i.e. outside of prayer, is forbidden.) “It kind of breaks open the fourth wall,” he says, but it was a respectful choice that alleviated one major concern: “If (the scene) were done exactly the way a wedding ceremony would be performed, then one could argue that they are actually married under Jewish law. And that is just a huge can of worms that I didn’t want to open.”

Rosen is careful to note that “Unorthodox” is the story of one Hasidic woman, not all Hasidic women, and that many live happy and fulfilling lives. But because “the show can be seen to be critical of the Hasidic community,” he felt it was especially crucial to get the details right.

“You lose credibility if you present the community in a light that doesn’t ring true,” he continues. “The pressure got to me at times. I would lose sleep over certain scenes and constantly second guess my own decisions. In the end I think I’m very proud of the finished product.”

Unlike many who have left the Hasidic tradition, Rosen is still in contact with his family — which may have added to his worry about authentic representation. He says his mother never used to watch television but dabbles in it now that it no longer requires a dedicated appliance in the home. She claimed she turned the first episode off after a few minutes and wasn’t happy about the nudity — which actually doesn’t appear until the second episode.

There was one thing she did like, however: “She said I look much better in Hasidic garb.”