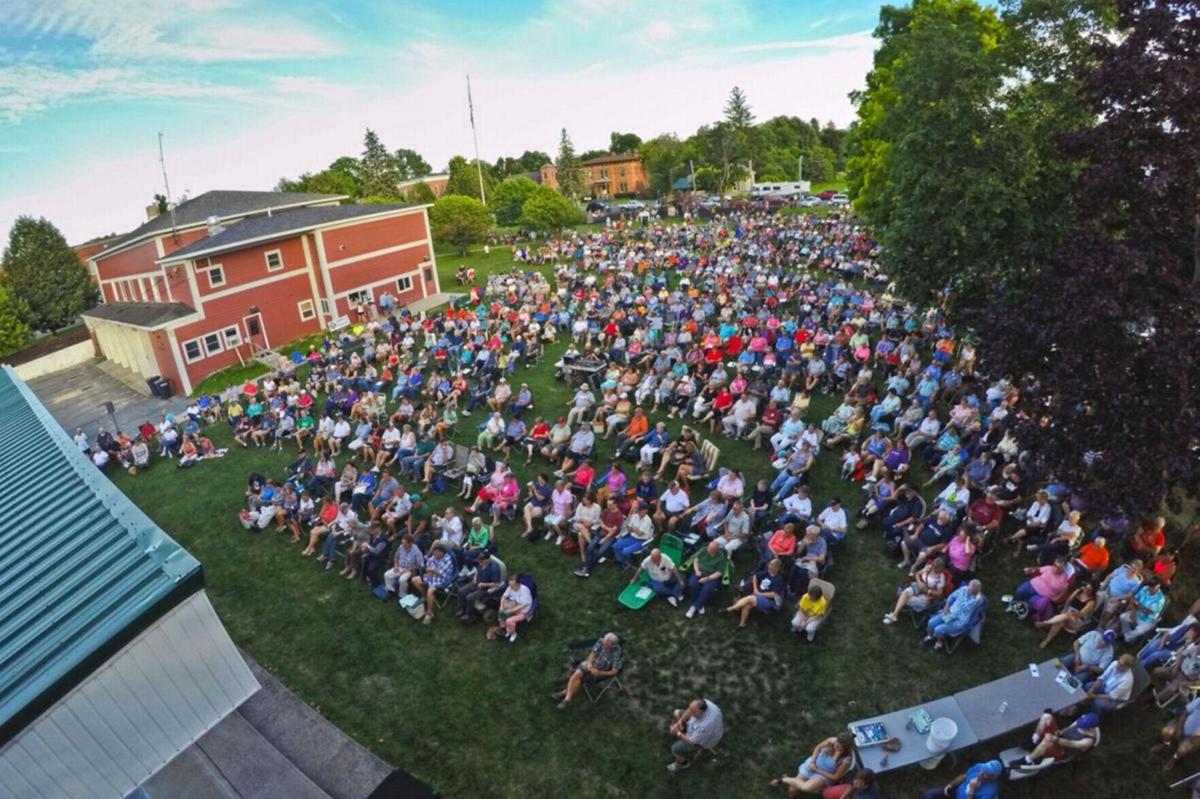 This year’s Norwood Green Village Concert Series will follow state guidelines on the number of attendees, which will be a maximum of 200 people. Christopher Lenney/Watertown Daily Times 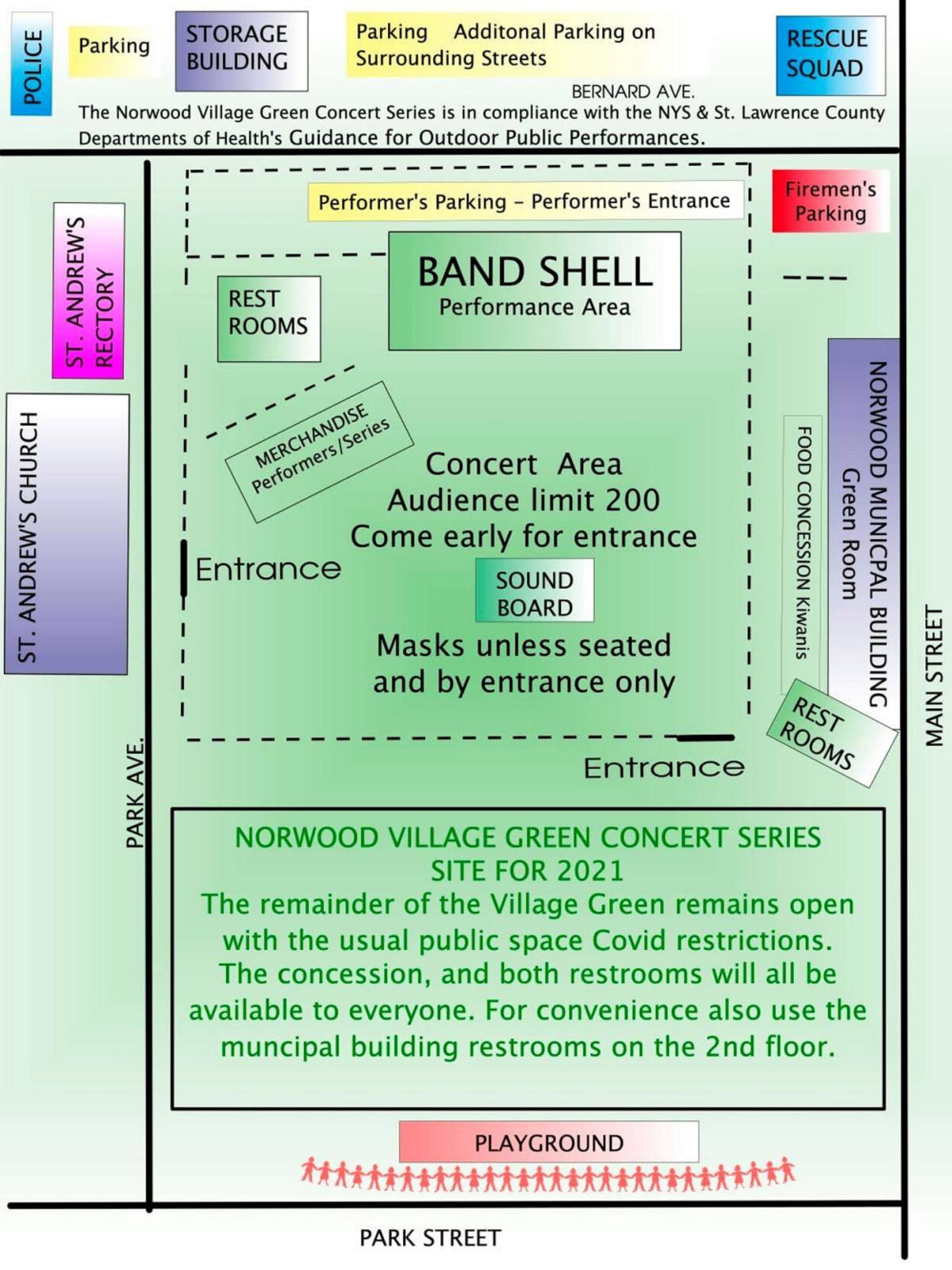 This year’s Norwood Green Village Concert Series will follow state guidelines on the number of attendees, which will be a maximum of 200 people. Christopher Lenney/Watertown Daily Times

NORWOOD — The show will go on this summer at the Norwood Village Green Concert Series, but with a specific number of audience members.

“The series will be operating under continuing Covid restrictions but the structure of rules set forth by New York State under several options does make a full program possible with substantial and meaningful audience participation and enjoyment,” Mr. Liotta said in a Facebook post.

He said that, by staying within the 200-person range, testing and vaccination records are not required.

“Those 200 audience members will still have to socially distance. The Norwood Village Green is still open to the public except the concert series is not responsible for activities outside the designated concert area,” Mr. Liotta said.

The 2021 season opens May 27, and will feature 19 programs that run through Aug. 12. This season is titled “Taking a Sad Song and Making it Better.” That, he said, reflects “an improving and hopeful trek in the saga that the world has experienced for more than a year.”

“The Series put its 2020 season on a hiatus due to the Covid 19 pandemic but was able to reschedule most of the 2020 roster of artists to 2021. The series had to postpone two Canadian groups until 2022 and suspend to groups that were in partnership with Crane Youth Music as that program went virtual. It is hoped that CYM will return live in 2022 and that will make possible the return of the All Star Big Band and Northern Symphonic Winds to be part of the 2022 series,” Mr. Liotta said.

The May 27 event is pending, with time to be announced, The series has traditionally kicked off with the St. Lawrence County Music Educators Annual Pop Choral/Stage Band Festival, but the pandemic guidelines prohibit such large crowds on stage.

The remaining concerts this season include Rustic Riders at 10 a.m. and 1 p.m. June 3 for Norwood-Norfolk Elementary School and 7 p.m. for the general public; Annie and the Hedonists on June 10; String Solstice on June 13; The Honey Dew Drops on June 17; The Giroux Brothers Jazz Quartet on June 20; The Brubeck Brothers Quartet celebrating their dad, Dave’s 100th anniversary on June 24; and Johnny and the Triumphs featuring Gwen Tracy on June 27.

July concerts include The Gibson Brothers on July 1, Jordan Davidson with Toni Zygadlo and Dr. Lonel Woods with Julie Welsh Miller on July 11; Mikaela Davis and Southern Star on July 15; The Mammals with The Restless Age on July 18; Shimul Zaman and Len Mackey on July 22; Maggie Gould and Nanni Assis & Friends on July 25; and the Brass Firemen on July 29.

The season concludes with Koehler and Kelly on Aug. 1, The Girls on Aug. 5, Waydown Wailers on Aug. 8 and Topaz Reunion Concert on Aug. 12.

There is no admission charge, but there is a “pass the bucket” for donations.

More information can be found at https://www.facebook.com/NVGCS.