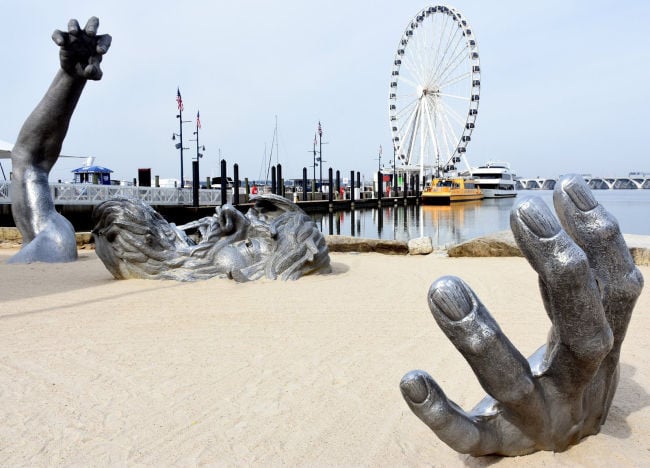 Ann Cameron Siegal/Washington Post“The Awakening” by J. Seward Johnson awaits your exploration at National Harbor. As with most of the outdoor art at National Harbor, it’s fine to touch. Visitors can even climb on this sculpture. 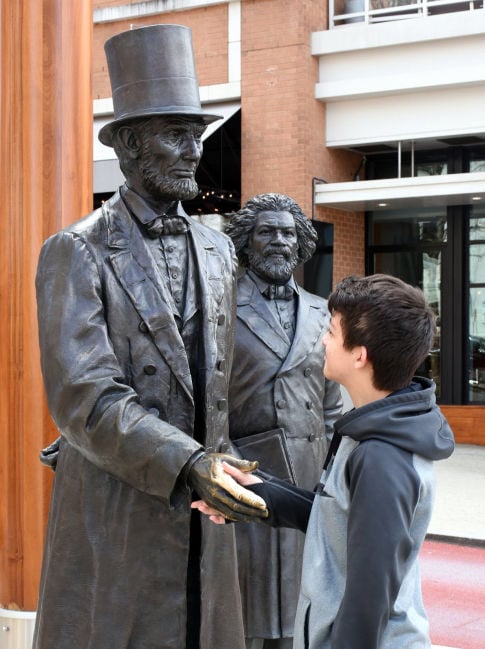 Ann Cameron Siegal/Washington PostLukas Traynor, 13, of Baltimore, compares his height to that of President Abraham Lincoln as Frederick Douglass looks on. 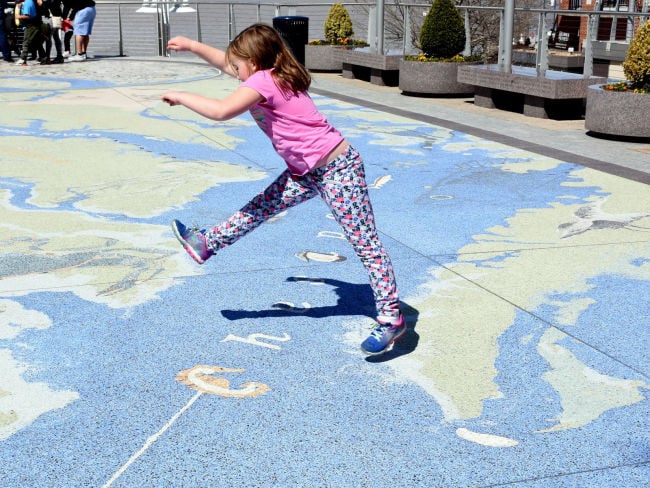 Ann Cameron Siegal/Washington PostMackenzie Saltman, 6, of Burke, Va., found it easy to leap across the bay on the “Chesapeake Journey” map at National Harbor. There are 90 hidden objects for visitors to find on the map. 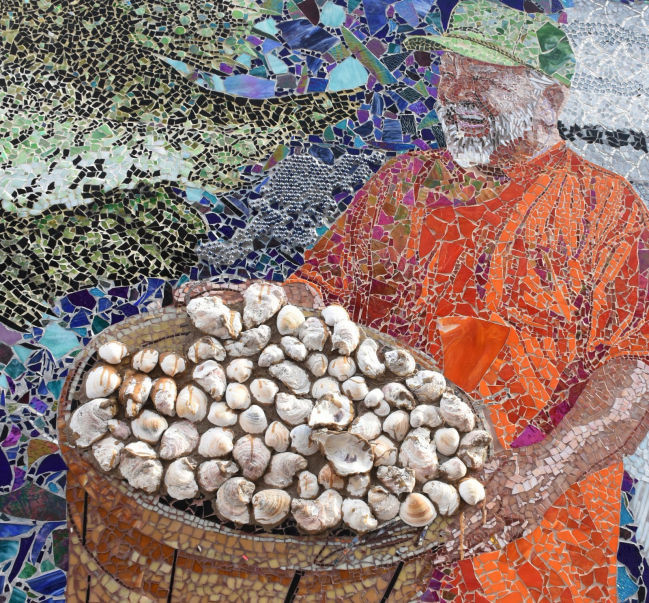 Ann Cameron Siegal/Washington Post“The Awakening” by J. Seward Johnson awaits your exploration at National Harbor. As with most of the outdoor art at National Harbor, it’s fine to touch. Visitors can even climb on this sculpture.

Ann Cameron Siegal/Washington PostLukas Traynor, 13, of Baltimore, compares his height to that of President Abraham Lincoln as Frederick Douglass looks on.

Ann Cameron Siegal/Washington PostMackenzie Saltman, 6, of Burke, Va., found it easy to leap across the bay on the “Chesapeake Journey” map at National Harbor. There are 90 hidden objects for visitors to find on the map.

Pack a picnic and head to National Harbor, Maryland, where you could easily spend several hours going on scavenger hunts, taking selfies with statues of American icons and climbing on “The Awakening,” one of the area’s best-known waterside sculptures.

That’s right. Climbing won’t get you in trouble.

“If you can reach it, you can touch it,” said Deborah Topcik, a spokeswoman for National Harbor, which is next to the Potomac River. “Our interactive-outdoor-art collection is meant to be conversation starters for all ages.”

Lukas Traynor, 13, of Baltimore was impressed to learn that each famous person’s statue along American Way is true to height.

Lukas, who is 5 feet 2 inches tall, compared himself to Abraham Lincoln at 6-foot-4 and wondered whether Lincoln had back problems “from having to hunch over to talk to people, especially children.” Lukas also asked his mom, “Why did Lincoln wear such a tall hat when he was already so tall?”

Isabella Cates, 10, of Norfolk, Virginia, felt a connection to “Rosie the Riveter” — a statue symbolizing the women who stepped up to work in factories and shipyards as men left to fight in World War II. Isabella told her family she relates to “Rosie” because while her own dad is serving in the Navy, Isabella understands that she has to step up and help her family.

Mackenzie Saltman, 6, of Burke, Va., said she loved having pictures taken with the statues “because they look so real.” She also enjoyed leaping across the Chesapeake Bay. Not the actual bay, of course, but the one on the 24-foot-by-70-foot “Chesapeake Journey” map created by local artist Steven Weitzman.

“Art is communication. It is to inform and to be fun,” said Weitzman, who describes himself as a storyteller. His colorful, walkable mosaic map invites visitors to find 90 hidden pictures embedded in an area larger than the floor of a typical school classroom. (Hint: Clues are engraved on eight granite benches bordering the map.)

“It’s a game,” Weitzman said. “Some are obvious, some are hidden, just like the things we all will experience in life.”

Two staircases from the map to the water are bordered by artistic panels highlighting something special about Maryland’s history. Local artist Cheryl Foster, who uses many materials in her work, created sculptures of Maryland’s state boat, the skipjack, and two racehorses. The father-and-son horses, owned by Belair Stud Farmin Prince George’s County, were both 1930s Triple Crown winners.

Foster’s bay-oriented mosaics include the portrayal of a boat captain holding a basket of oysters and clams. “People love plump, juicy clams and oysters,” Foster said. “Not only can they be eaten raw, right out of the shell, and are great steamed, stewed, or baked, but the shells make great jewelry pieces, natural tools and, as you can see, fabulous mosaic pieces.”

Download a free audio tour to hear more about the artists’ visions and listen to the words and ideas of 10 well-known figures from U.S. history, such as President George Washington, abolitionist Frederick Douglass, automaker Henry Ford and jazz musician Louis Armstrong.

“We want everyone to learn a little about our country and region while they are having fun,” Topcik said.

For the free audio tour of the outdoor art collection at National Harbor, text ACNH to 56512. Most of the art highlighted is along American Way from the water to Fleet Street. (Wheelchair and stroller access from the upper level of American Way to the waterfront is via a ramp a half-block north of the stairways, next to the Tasting Room.)

Parking is available in garages or open-air lots for $5 to $20. Limited street pay parking.