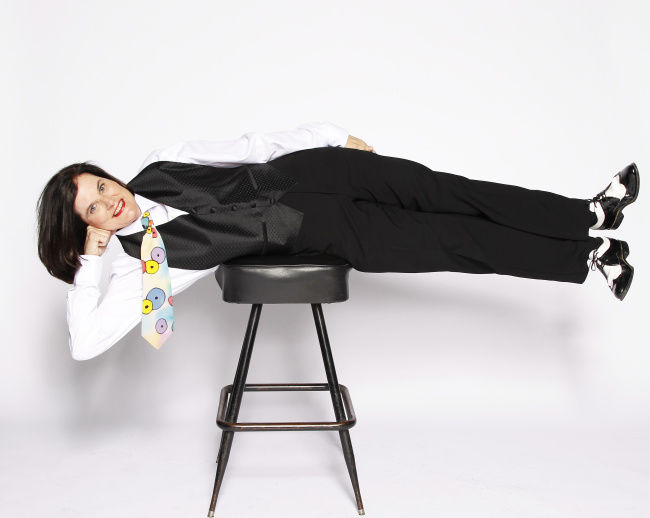 Paula Poundstone will appear in Clayton on Saturday and in Lake Placid on Friday, Aug. 23. Michael Swartz 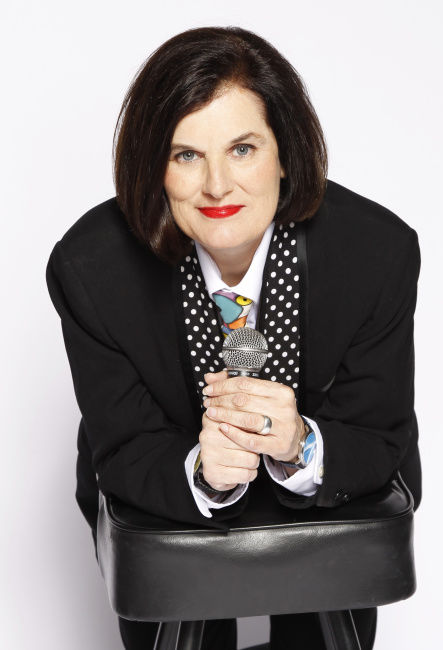 Paula Poundstone, known for her improvisational style, says she has 40 years of material rolling around in her head. Michael Swartz 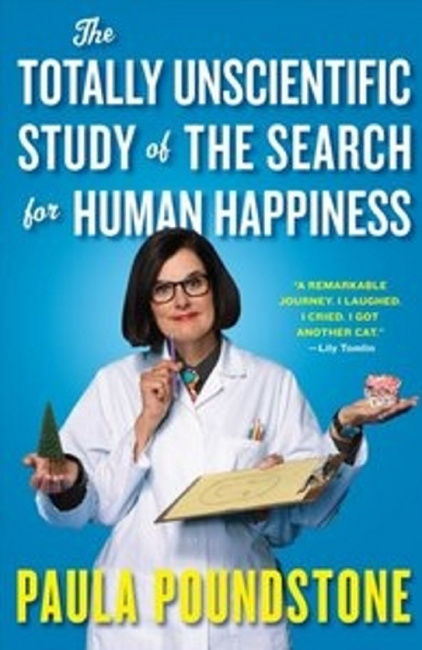 Paula Poundstone subjected herself to various experiments for her latest book. Algonquin Books

Paula Poundstone will appear in Clayton on Saturday and in Lake Placid on Friday, Aug. 23. Michael Swartz

Paula Poundstone, known for her improvisational style, says she has 40 years of material rolling around in her head. Michael Swartz

Paula Poundstone subjected herself to various experiments for her latest book. Algonquin Books

With her comedy tours, book-writing, podcast creations and being a panelist on a Peabody Award-winning comedy news quiz show, Paula Poundstone likes to stay busy.

“Huge amounts of debt and I have the best job in the world,” Ms. Poundstone said last month in a phone interview from her home in Santa Monica, Calif. “It’s really a fun job.”

She likens it all to a workout routine.

“There are some mornings where I get up and say, ‘My god! I can’t believe I have to go do this thing,’ because I’m tired. But then I go and do it and it just feels so good. I’m lucky that way. Not every person’s job has that quality to it.”

Ms. Poundstone will bring her comedy act to the Clayton Opera House on Saturday, Aug. 17, and to the Lake Placid Center for the Arts on Friday, Aug. 23. A person could go to both shows and see totally different acts. Ms. Poundstone is known for making each of her shows an original.

“It just sort of worked out that way,” Ms. Poundstone said. “I didn’t say to myself, ‘I want to do a different show every night.’”

She links her “terrible memory” to the variety.

“When I first started out doing open-mic nights, doing like five minutes, I would write and time out five minutes of material,” Ms. Poundstone said. “But I would go on stage and promptly forget what I meant to say, no matter how much I memorized it ahead of time.”

So she improvised “to cover for the fact that I forgot what I was going to say.”

“At some point, it dawned on me that even when I reoriented myself and got back to the ‘Oh, ya — I meant this and that,’ the stuff that I was just sort of saying off the cuff, whether it was interacting with audience members or whatever, was often the funniest stuff,” Ms. Poundstone said. “Not that my material wasn’t good. It was, but the funniest stuff was more unexpected and obviously improvised.”

Ms. Poundstone, 59, said she has 40 years of material “rolling around in my head somewhere.”

“I always say my head must look like the inside of one of those arcade games where they blow paper money around in a glass booth,” she said. “Whatever you can grab, you can keep. That’s sort of my relationship with my material. It’s rolling around in my head somewhere, and if I can remember it, I say it.”

Her improvisational skills are also highlighted on the hour-long weekly news-based radio panel show, “Wait Wait ... Don’t Tell Me!” produced by WBEZ and National Public Radio in Chicago. On the program, panelists and contestants are quizzed in humorous ways about the week’s news.

“The show is very clever, very smart the way it’s put together,” Ms. Poundstone said. “For me, it’s a little bit like being in a batting cage. We don’t know what questions they’re going to ask us ahead of time, but we do know it’s based on the weeks news. Basically, I get lobbed topics and I take a swing. Sometimes I swing and miss and sometimes I get a little piece of it.”

“There’s sort of an underground party feel to it that I think a lot of people like,” Ms. Poundstone said. “The comment I get from listeners more than any other is, ‘You guys sound like you’re having so much fun.’ I can confirm that we are.”

Since last summer, Ms. Poundstone has also been having fun on her podcast, “Nobody Listens to Paula Poundstone.” She describes it as “a comedy field guide to life, or at least a set of IKEA assembly instructions.”

Ms. Poundstone and co-host, Adam Felber, bring “expert guests” on the podcast and use their comedic sensibility to help listeners navigate life. Topics have ranged from “How To Keep a Friend” to “How To Translate Your Verizon Bill.”

“We had a guy come on, a lawyer, to talk about arbitration and mediation and believe it or not, we made it funny,” Ms. Poundstone said. “It’s comedy where you don’t necessarily laugh hysterically, but listeners may at least go away with some real information.”

Ms. Poundstone shares information gathered from “thoroughly scientific experiments” in her latest book, “The Totally Unscientific Study of the Search for Human Happiness.” In each chapter, she tries out a get-happy hypothesis — from getting in shape with taekwondo to camping with her daughter.

A Kirkus review described the book as, “a deeply revealing memoir in which the pathos doesn’t kill the humor.”

“I knew the experiments themselves would be fun and funny to write about,” Ms. Poundstone said. “I was fishing around in my head for what a fun delivery system would be to get to this more autobiographical kind of story.”

Ms. Poundstone is a national spokesperson for United for Libraries, a division of the American Library Association that supports citizens who govern, promote, advocate, and fundraise for libraries.

She performed in Watertown in 2013 for a show sponsored by the Friends of the Roswell P. Flower Memorial Library.

“It’s horrible that fewer people are reading,” she said. “One of the things that’s incredibly frustrating right now in terms of survival of our democracy is that Bob Mueller seems to still believe that everyone reads. They don’t. For him to say to us, ‘Well, you know, it’s all in the report. Just read the report.’ — I don’t think he understands the country he’s talking to.”

Ms. Poundstone said the report, the special counsel’s conclusion on 2016 election interference by Russia, may have to be animated.

“You may need to put it in like a comic book form,” she said. “It’s that bad. Members of Congress, both Democrat and Republican, haven’t read it, for heaven’s sake. That’s unacceptable.”