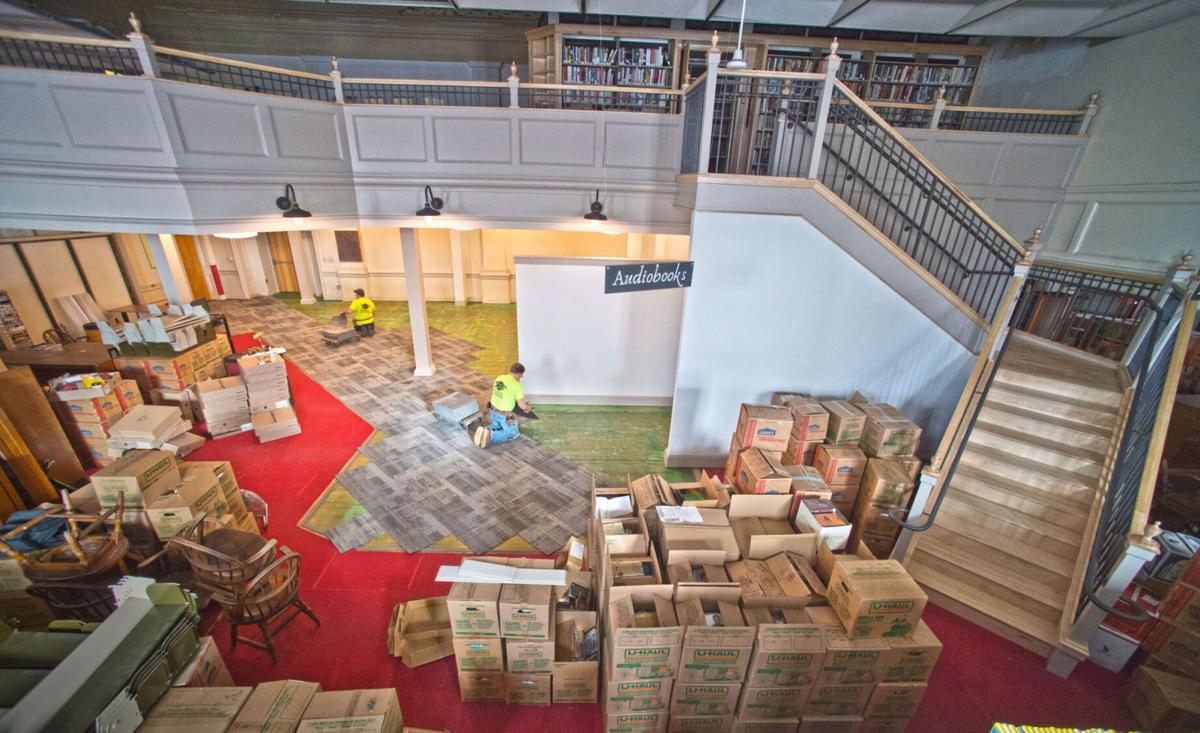 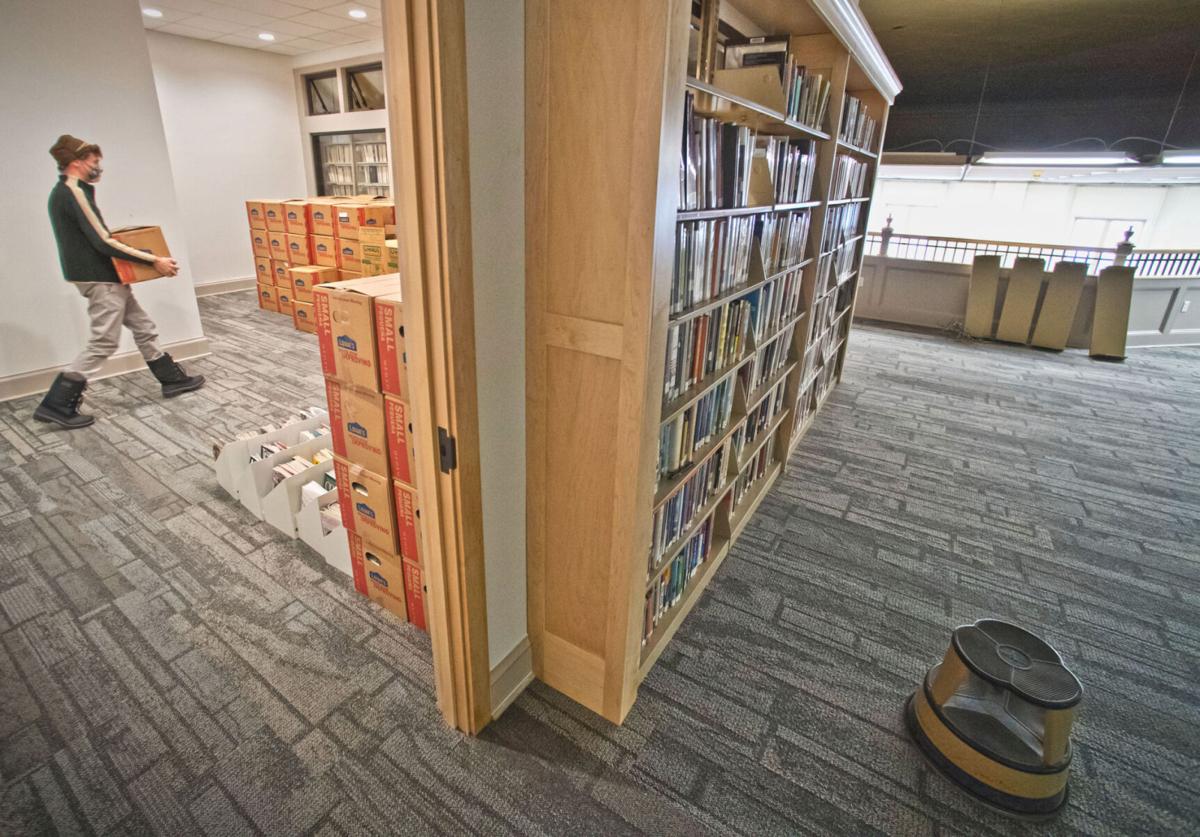 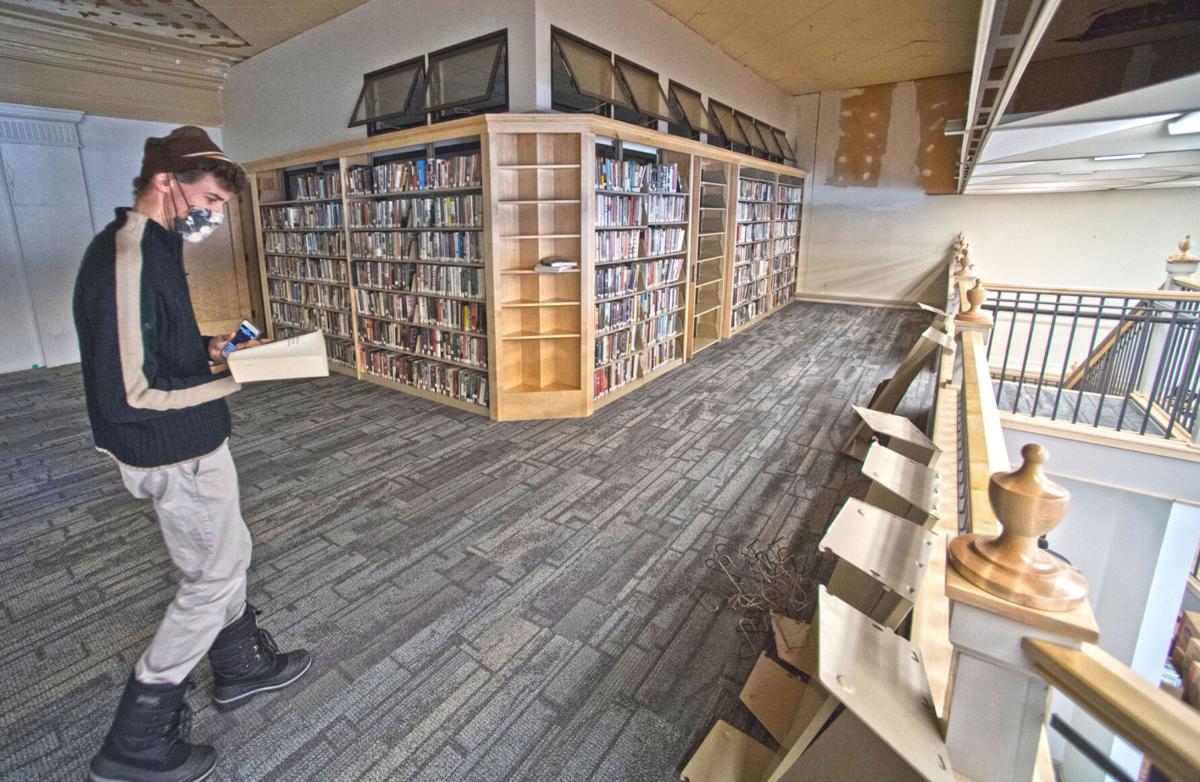 POTSDAM — The closed library at the heart of the village’s civic center on Park Street is lined with boxed books as a $1.2 million renovation progresses this month.

With phase one complete, phase two underway and the third and final phase on the horizon, the Potsdam Public Library hopes to reopen its doors this year.

Ms. Davey, who was hired to head the library in 2016, said she started envisioning the project “on day one.” Her initial ideas to revive the library’s once auditorium-height ceiling, reading areas, ventilation and layout were shared with Rebecca N. Weld, principal and founder of Potsdam’s Renew Architecture & Design, who is giving them life with local contractors.

After delays to anticipated construction last year when the COVID-19 pandemic arrived in New York, phase one of the three-phase renovation is now complete and a mezzanine hovers above the library’s main floor.

The major overhaul previously stalled in 2019, after months of searching for a fitting contractor, and construction was originally scheduled to begin in October 2018, had a bid been accepted. By the time library staff prepared the building for phase one in March 2020, the novel coronavirus prompted the state’s roughly three-month pause. Construction started over the summer, after the first wave of the ongoing pandemic subsided in the north country.

Continental Construction, Gouverneur, has so far executed Ms. Weld’s phase one plans, as well as a few smaller projects from phase two. Phase one primarily accounted for the mezzanine build, which has added square footage above one-third of the library and covers a children’s space below.

Phase two is underway and involves removing the dropped ceiling, now at a height of 16 feet. Once opened up, the ceiling will tower 24 to 26 feet. Floor work and installation of a new heating, ventilation and air conditioning system are also incorporated into the second phase.

Wilson Tile & Carpet, Ogdensburg, finished a portion of the space’s carpeting Friday. The HVAC contract for phase two was awarded to Cornerstone Services, Norwood, and a request for proposals is expected to be issued for the remaining phase two components this month.

When phase two is largely complete, a tentative May reopening is anticipated, though COVID-19 rules will be in place.

Renovations to offices and the library’s front entrance complete phase three. Phase three projects are not expected to interfere with daily library operations.

The civic center — which now houses the Potsdam Museum at the northern end, the library to the south and municipal offices sandwiched between — has undergone several upgrades since it formally opened in the 1930s.

Last remodeled in the 1970s, the library was in “desperate need” of an upgrade, Ms. Davey said.

“The library’s services and opportunities have changed since then — no plugs for computers, no need for internet access,” she said. “Now the library’s more of a community center and space for kids to learn and play. That was part of the inspiration of the whole project to begin with. Kids need to be kids.”

Updated wiring, new work spaces, more bookshelves, a community classroom on the mezzanine and enclosed children’s area below are bringing the library to the 21st century.

“It’s a big undertaking, and that’s why nobody has done it before,” she said.

Separate grant funding for each phase totals $917,009 — roughly 72% of the project’s total $1,276,676 cost. Through annual fund drives, support from the Friends of the Library book sales and two major bequests from late community members, the library is matching the remaining $359,667 across all three phases.

Library staff have boxed books and disassembled shelves over several weeks, all while keeping the stacks organized by letter and genre. As the carpet is replaced, the dance will continue, boxes and shelf parts funneled to newly carpeted areas.