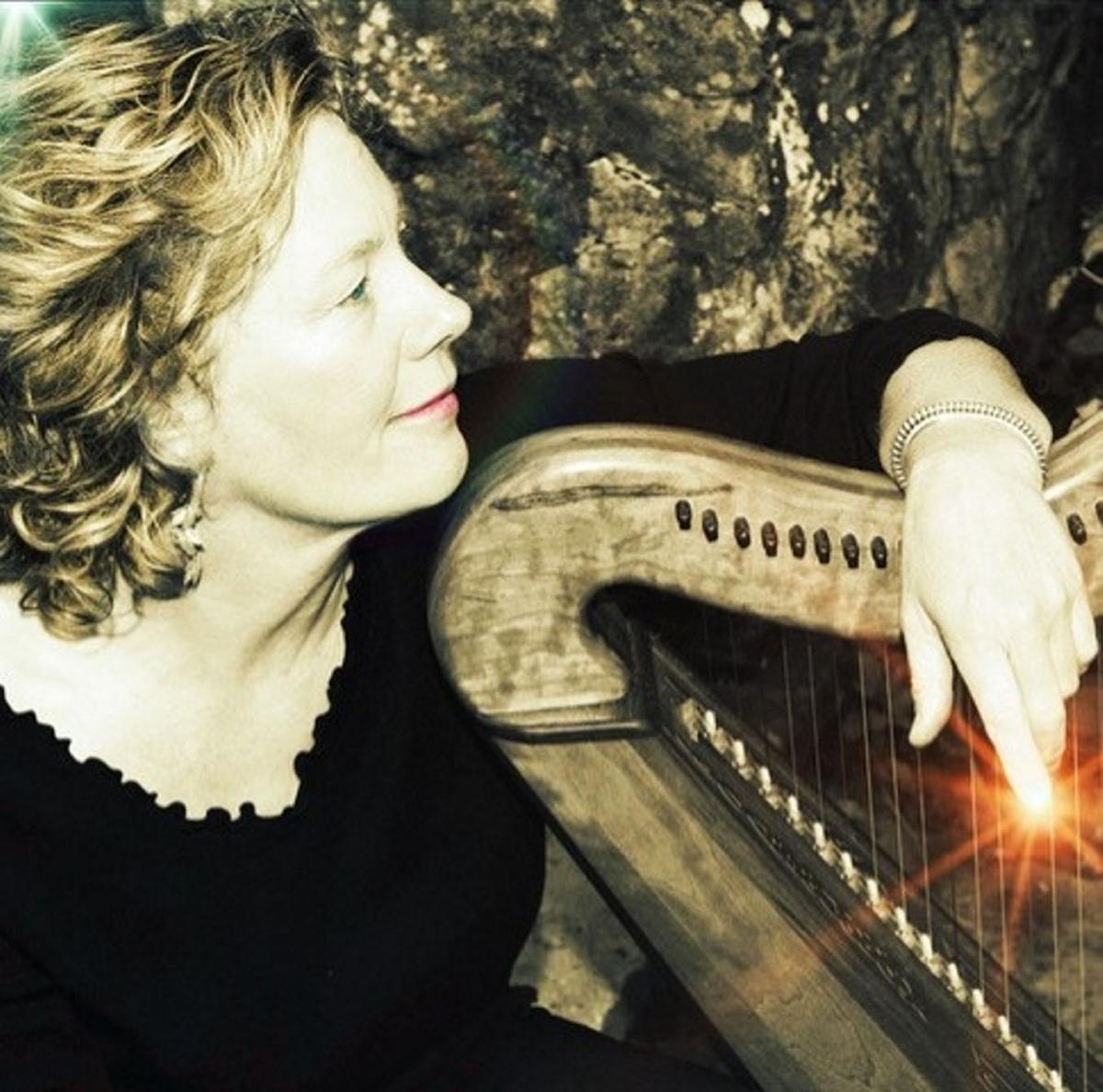 Martha Gallagher has taken her improvisation skills to a new level with the subscription-based “Just a Moment: Daily Contemplative Music Moments.” Rob Gallagher 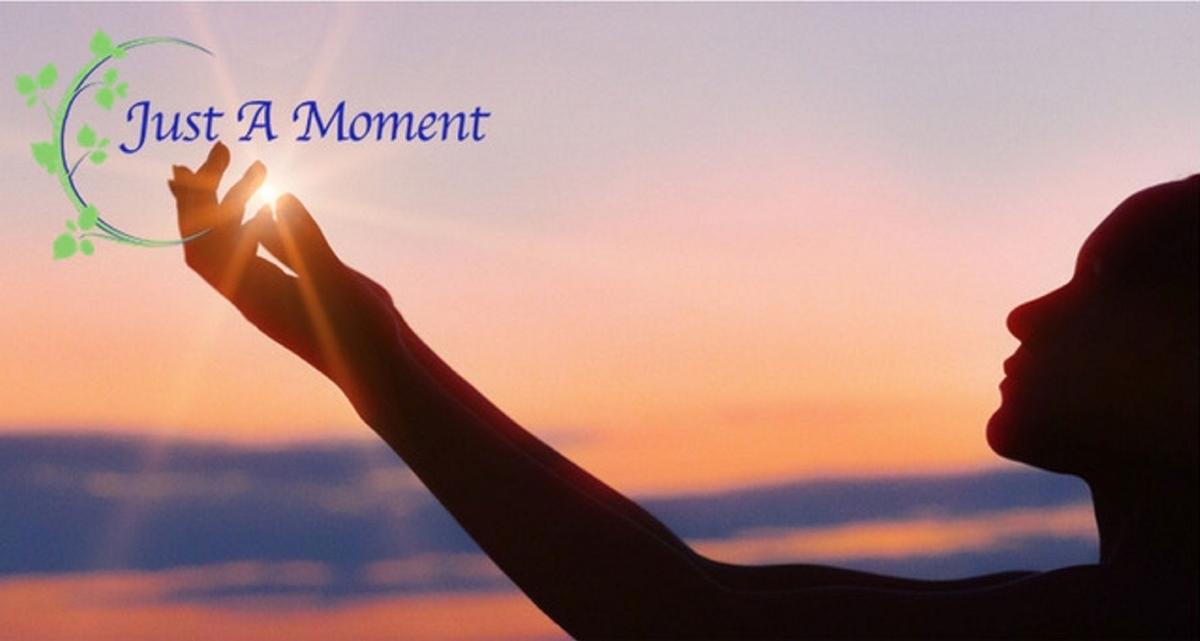 Martha Gallagher’s “Just a Moment” tunes are delivered daily through a subscription. / Just a Moment Music

Martha Gallagher has taken her improvisation skills to a new level with the subscription-based “Just a Moment: Daily Contemplative Music Moments.” Rob Gallagher

Martha Gallagher’s “Just a Moment” tunes are delivered daily through a subscription. / Just a Moment Music

Martha Gallagher, a self-described “harpaholic,” has always enjoyed discovering new sounds and ways to share that music. For example, about four years ago, inspired by a new portable harp she had just received, she climbed, with the harp, to the top of Owl’s Head Mountain near her home in Keene, Essex County. Word spread on social media and several people joined her trek up the family friendly 476-foot summit.

As a full moon rose in the east and as the sun was setting, Ms. Gallagher played whatever music came to her in the moment. She has also played a harp while standing knee deep in an ocean surf in the company of dolphins and while walking through a forest.

Now, Ms. Gallagher, a 1975 graduate of Watertown High School, who some call “The Adirondack Harper,” has carried that improvisational flair to a new level. She’s created “Just a Moment: Daily Contemplative Music Moments.”

The subscription-based series offers 365 days of selections, each accessible for 24 hours. There are no download options. Like the experience atop Owl’s Head, the musical moments are designed to be fleeting.

The fleeting sense of her new music project also relates to how she creates the tunes for “Just a Moment.” All of the one-minute selections were created by improvisation by Ms. Gallagher.

“There is no sheet music,” she said. “But it’s not just willy-nilly. I would have to say that all the years of study, practice, playing and performance gave me the ability to do this — supporting my knowledge of the instrument and then totally trusting that knowledge and my ability to create music,” she said.

The one-minute selections, which also have a “repeat” option, are also designed to fit easily into peoples’ lives.

“I’ve been hearing so many people for a long time, express how they’d love to have time to pray or meditate or just be still and relax for a few moments, but they feel their lives are just too hectic and busy,” Ms. Gallagher said.

At first, the project was a challenge for Ms. Gallagher, but it soon became something else.

“It was, for me as I played, a meditation, a prayer,” she said. “I was watching the timer, playing the harp, but I was in such a prayerful state that it was quite a beautiful experience for me.”

“People have loved hearing/seeing this,” she said.

The music on her “Just a Moment” project are in their original state with no edits with very little audio effects.

“The harp is so resonant on its own that it doesn’t need this,” Ms. Gallagher said. “Instead, it sounds very much as if the listener is sitting right next to the harp as it’s played.”

Ms. Gallagher, also a storyteller, has been performing professionally since graduating from Hartwick College in Oneonta in 1979. She has performed with orchestras and well-known bands such as The Chieftains. In 2015 the Lake Placid Sinfionetta premiered Ms. Gallagher’s “The Orphan’s Odyssey,” a symphonic piece written specifically for lever harp and orchestra celebrating her “Orphan” harp.

The tale of her “orphan” harp began in Seattle, Wash., where in 2012, she visited a music shop while on tour.

The owners of Dusty Strings were explaining the harp-making process when Ms. Gallagher noticed several pieces of discarded wood. She asked what they were and was told they were “orphan pieces” left over from when harps were made. The musician wondered if shop owners could build a harp out of them. The owners of Dusty Strings found her request unusual, but they agreed to build one in 2012. Her “orphan” harp, which she received in 2013, is made out of three kinds of wood: maple, black walnut and bubinga, from Africa.

Ms. Gallagher enjoys the “full and bright” sounds of the “orphan harp” and Dusty Strings has since built at leastmfive more of the instruments.

“I do have quite a few other harps,” Ms. Gallagher said. “I liken it to to tools — one needs the right tool for the job.”

One movement of “The Orphan’s Odyssey” was performed in November in Montrose, Colo., by a teenage harp student Ms. Gallagher met last year while on tour in the state.

Her extensive solo tours have taken her around the U.S. and into Canada, with several tours sponsored by The National Endowment for the Arts. She has been featured on numerous television and radio programs including on BBC Television, Northeast Public Radio, North Country Public Radio and Good Morning Arizona.

Bookings for live performances in 2020 are in the works for Ms. Gallagher, both solo shows as well as performances with her husband, Dennis, a guitarist.