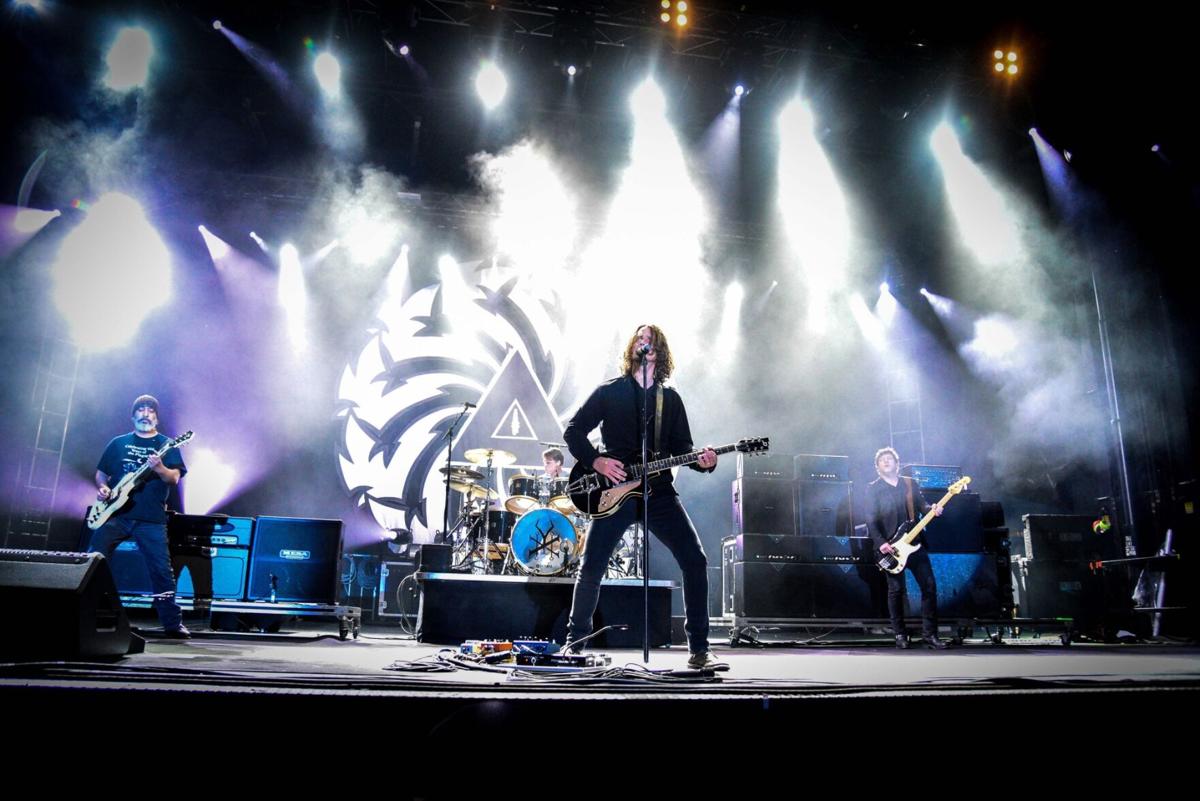 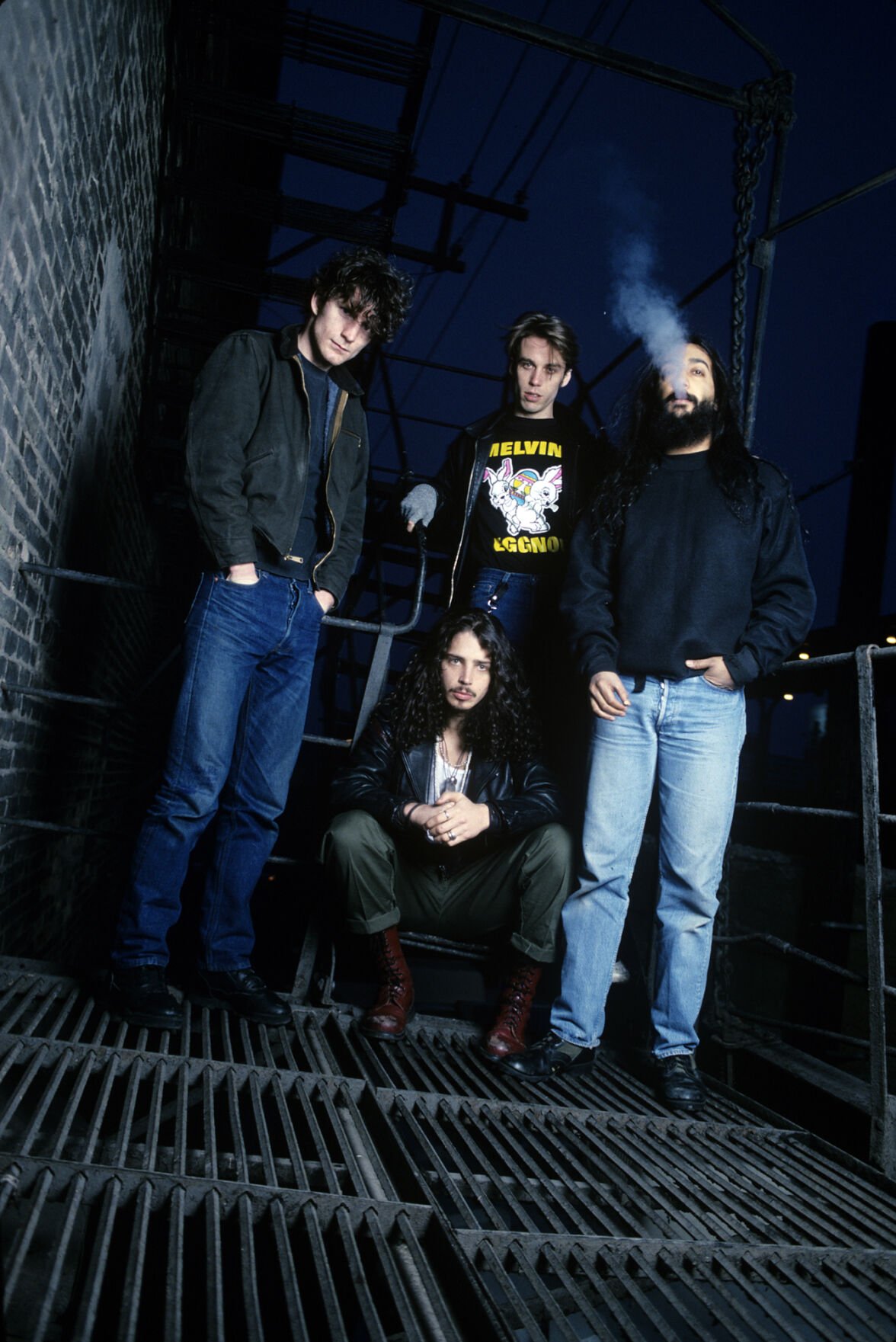 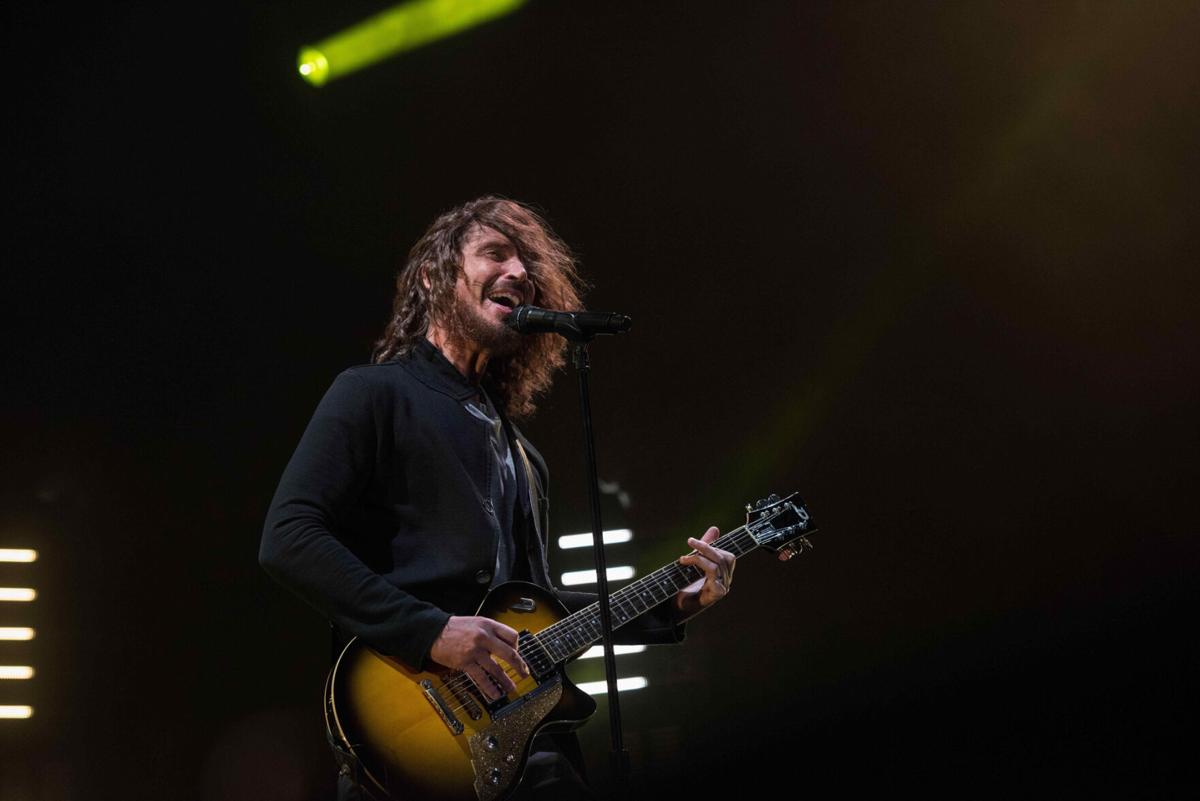 Chris Cornell of Soundgarden performs on April 29, 2016, at Welcome to Rockville Festival at Metropolitan Park in Jacksonville, Florida. (RMV/Zuma Press/TNS)

Chris Cornell of Soundgarden performs on April 29, 2016, at Welcome to Rockville Festival at Metropolitan Park in Jacksonville, Florida. (RMV/Zuma Press/TNS)

SEATTLE — It’s a rare feat for an artist’s freakiest record to double as its commercial breakthrough.

Soundgarden’s “Badmotorfinger” was born in peak MTV era, 30 years ago Oct. 8, two weeks after Nirvana’s “Nevermind.” By the time the first-wave “grunge” band dropped its marvelously wigged-out fourth album in the fall of 1991, which drummer Matt Cameron likens to a “weird science project,” Soundgarden had steadily risen from the rosters of venerable indie labels to a major-label act with a Grammy nomination under its belt.

It’s easy to hear the rock radio appeal in songs like the motoring “Rusty Cage” or “Outshined.” But the level of airplay and MTV attention the “Badmotorfinger” singles received was new. In guitarist Kim Thayil’s mind, that level of commercial success was typically reserved for records that had “the edges rounded off” or were somehow “compromised.”

“I think the success probably had us focused, and had our fans focused, on the individual songs and videos,” Thayil says. “We hadn’t (received) a lot of that before, so understanding our record in terms of ‘Outshined’ and ‘Rusty Cage’ getting all over (MTV), it kind of took me away from the understanding of the album as a whole. ... I love the album so much when I take it out of the context of MTV’s Buzz Bin.”

“Badmotorfinger” would become Soundgarden’s highest-charting album at the time, and it was also its most sonically adventurous. (There’s nothing “compromised” about a trippy, seven-minute slugfest called “Slaves & Bulldozers.”) Beyond the singles, “Badmotorfinger” is art-metal mastery, heavily dosed with Thayil’s psychedelic leads, free-jazz freakouts, odd time signatures and alternate tunings — headier stuff more in keeping with ‘80s rock’s underbelly than digestible radio cuts.

“It has weird elements that rock bands at that time, that were popular on MTV or on the radio, didn’t really incorporate in their overall sound,” Cameron says. “But that scene that we came from, that ‘80s underground scene ... they did incorporate really weird aspects. We really liked Captain Beefheart and Pere Ubu and all these post-punk or nontraditional rock elements in these bands.”

More significantly, they helped make authenticity a prized trait in music’s mainstream coming out of the hair metal era.

“I hear a lot of joy in that music,” says Cameron, who would later join Pearl Jam as well. “There’s just this sense of discovery that you can definitely hear in the music and I think that’s why it resonates with audiences — back then — and it continues to resonate. As far as ‘Badmotorfinger’ goes, that’s such a true statement about who we were at that time. When music is true, when art is true it definitely can resonate with people.”

For all their shared Seattle DNA and inescapable “grunge” grouping, each band was decidedly different. If Alice in Chains were Seattle’s brooding dark princes, Nirvana its mellifluous punk agitators, and Pearl Jam the rock-canon amalgamists with a voice from God, “Badmotorfinger” further distinguished Soundgarden as sonic explorers down to try anything (as long as it was heavy), grounded in colossal grooves and the unmistakable wail of archetypal frontman Chris Cornell.

“Soundgarden’s so free and so open to things, we didn’t have any prima donna weirdos or preconceived notions of who we are,” says bassist Ben Shepherd, who joined just prior to “Badmotorfinger.” “We know that we’re always in a transformation of defining ourselves and that record is part of that, too.”

Thayil points to the new-guy bassist as “Badmotorfinger’s” “MVP,” crediting Shepherd with sparking the band’s tinkering with alternate tunings — one of the first elements cited whenever Soundgarden’s music is appraised. (It was also Shepherd’s idea to throw the gonzo trumpets on “Face Pollution,” something few heavy metal or hard rock bands were doing at the time.) In some ways it was a throwback to the band’s early days when “we were a bit more angular and quirky,” Thayil says.

Back then, Shepherd was just stoked to be in the band.

The younger brother of Thayil’s old roommate, Shepherd was one of Soundgarden’s earliest fans, hooked from the moment he caught an early gig at the defunct Gorilla Gardens, back when Cornell was playing drums. “I turned to all my friends and told ‘em these guys are gonna be big,” Shepherd says. “They’re like, ‘Yeah, yeah, whatever.’ But they all agreed that Soundgarden stole the show that night.”

There hasn’t been much show-stealing over the last pandemic-ravaged 18 months, for Soundgarden or anyone. But in August, all three of Soundgarden’s surviving members took a Washington stage together for the first time since Cornell’s death in 2017. The trio joined Brandi Carlile at the Gorge Amphitheatre for a mighty run through “Black Hole Sun” and “Badmotorfinger” cut “Searching With My Good Eye Closed” — songs the home state heroes recorded together for a recent Record Store Day release.

“Brandi’s interpretation of ‘Searching’ — I love that song, always loved it,” Thayil says, comparing it to the first time he saw Eddie Vedder sing with Pearl Jam or Cameron and Cornell play with Temple of the Dog. “But all of a sudden she sings it and that shiver went up and down my spine. After 20 or 30 years, I didn’t know that song had it in it until Brandi sang it.”

The Gorge homecoming was just the second time the Soundgarden mates have performed their songs together since Cornell’s death, following a Los Angeles tribute concert in 2019. “At first when Chris died, I was like, ‘Nope, never do this,’” Shepherd says. “When we played the tribute concert, it was really hard for me because I’m so used to taking the stage with the guys. And not having Chris there, I barely made it onto that stage or off of it.”

COVID-19 concerns aside, it sounds like the Gorge experience was a bit more upbeat for Soundgarden’s amiable bassist. It was the first time Shepherd’s son got to meet “his uncle Matt” and see the guys play together. (The typically stoic 6-year-old declared it “mind-blowing.”)

“You know how when you ride a bike, no matter who you are or how old you are, it turns you back into a little kid?” Shepherd says of reuniting with his bandmates. “That’s what that’s like.”

How much time the guys will spend making music together in the near future remains to be seen.

The fate of a potential new Soundgarden album, in the works at the time of Cornell’s death, hinges on a lawsuit between the band and Cornell’s wife over the late singer’s vocal recordings. The band declined to discuss the lawsuit, citing the ongoing litigation.

“I think we’re definitely getting closer to making some music together again,” Cameron says. “But our path to get to that point in our lives is not a straight one right now, so we have to take a few detours before we get there.”