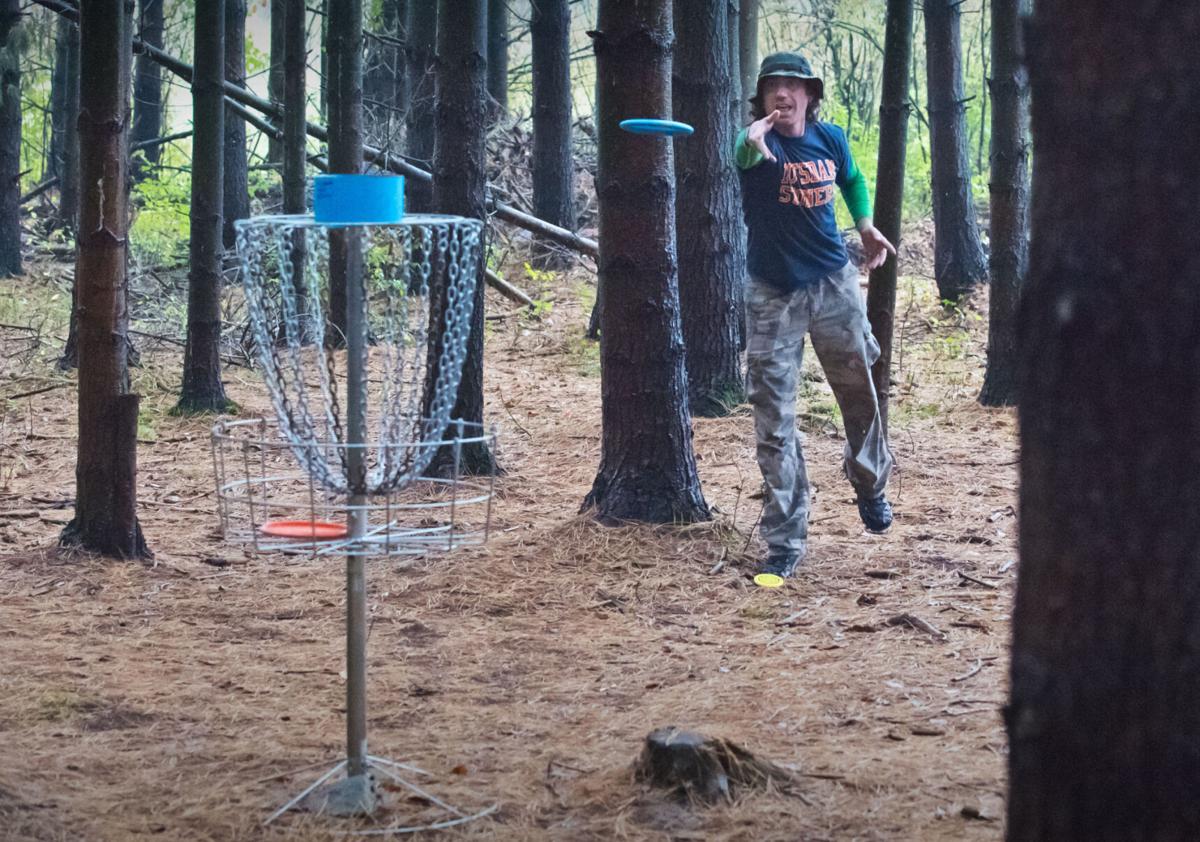 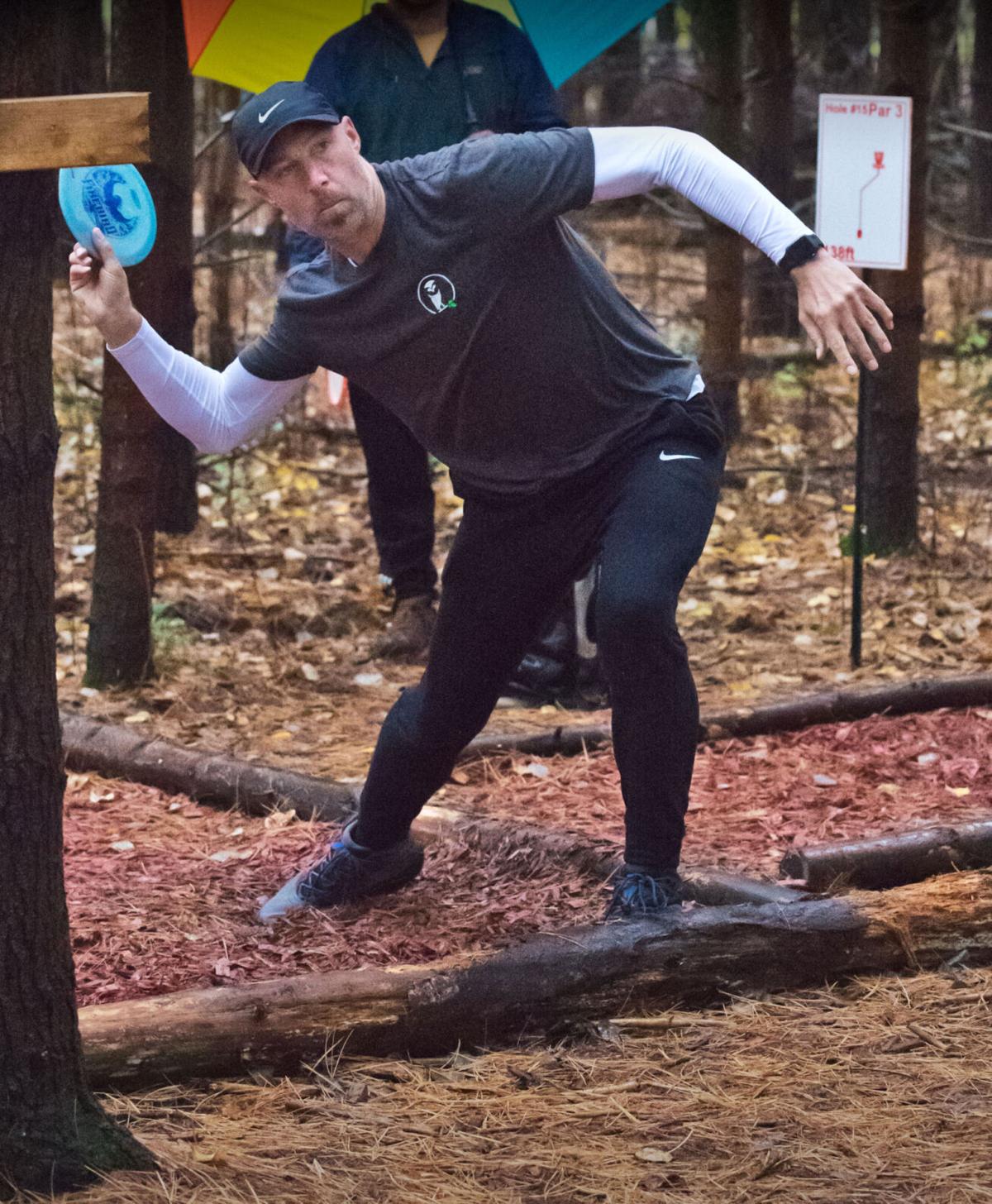 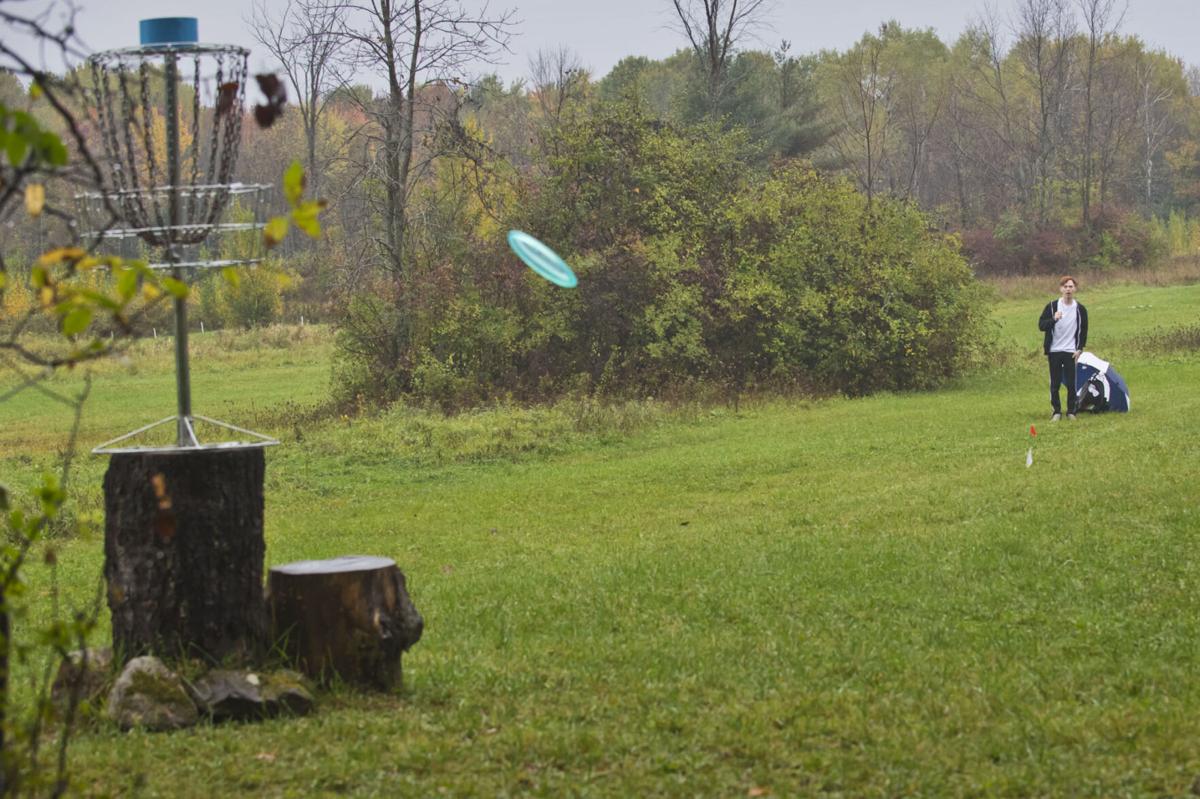 Riley Criscitello watches the flight of his approach shot on Saturday during the St. Lawrence County Open at the Schoolhouse Road Disc Golf Course in Canton. Christopher Lenney/Watertown Daily Times 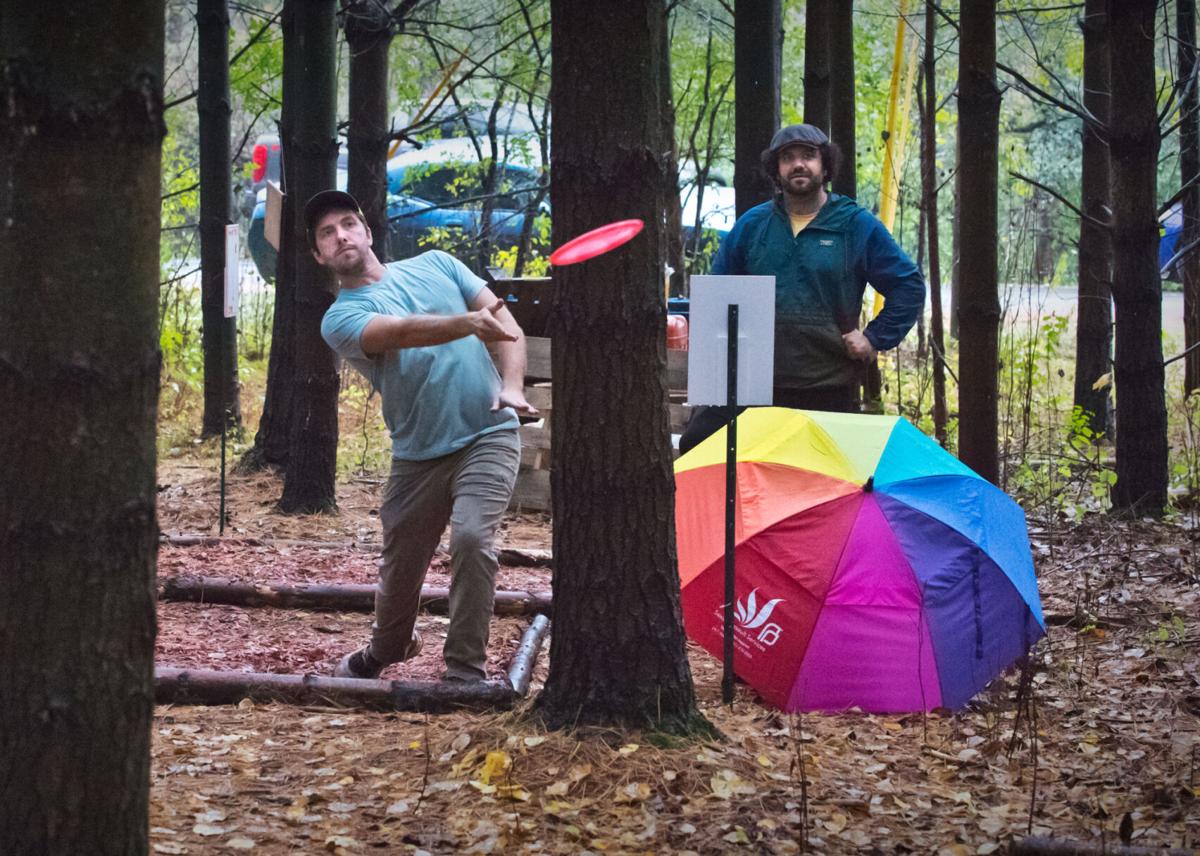 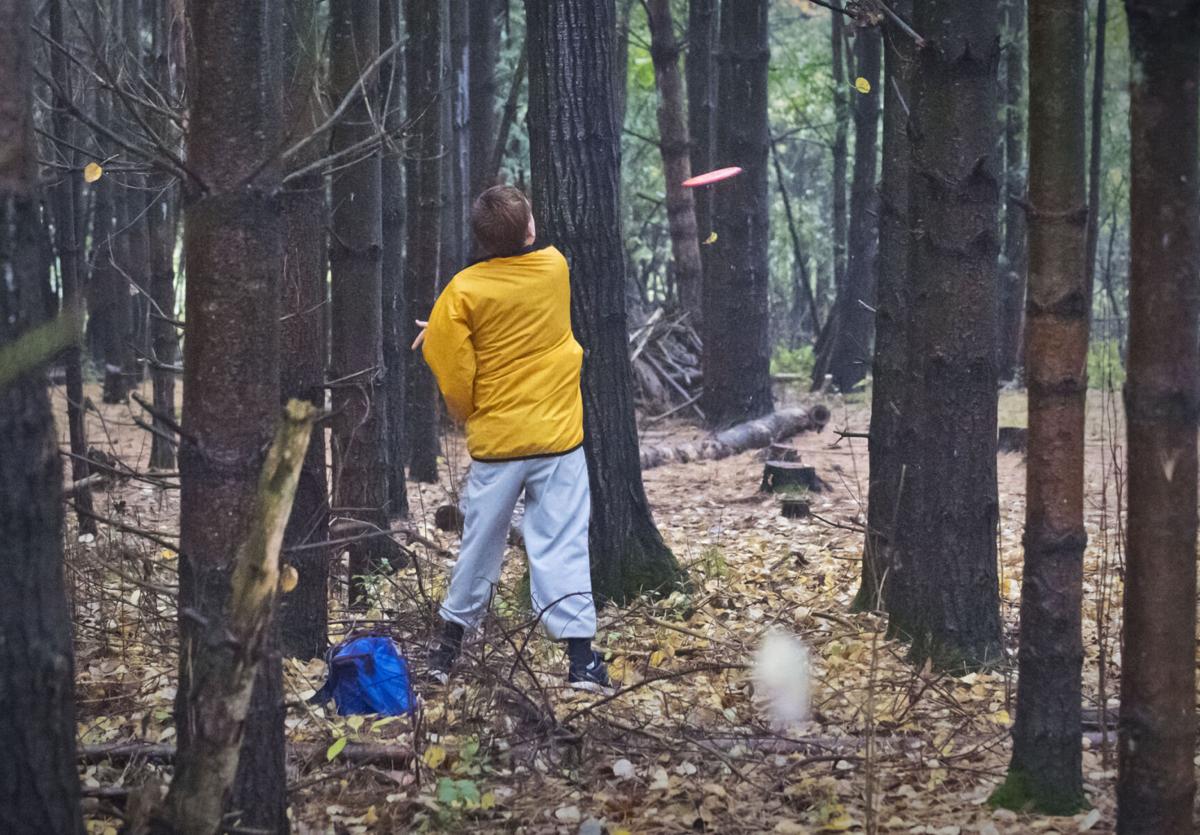 Parker Dox plays a shot from the deep rough on Saturday in the under 12 division of the St. Lawrence County Open at the Schoolhouse Road Disc Golf Course in Canton. Christopher Lenney/Watertown Daily Times

Riley Criscitello watches the flight of his approach shot on Saturday during the St. Lawrence County Open at the Schoolhouse Road Disc Golf Course in Canton. Christopher Lenney/Watertown Daily Times

Parker Dox plays a shot from the deep rough on Saturday in the under 12 division of the St. Lawrence County Open at the Schoolhouse Road Disc Golf Course in Canton. Christopher Lenney/Watertown Daily Times

Tournament Director Brandon C. Downs, of Massena, said that players were spread out over seven divisions ranging from Under 12 to Over 60.

“I was a little nervous,” Mr. Downs said about the turnout from under a tent, as golfers left to go to their starting tees. “But we’re happy.”

While this is the second year of the St. Lawrence Open, it is the first year it has been run by the Schoolhouse Road club. The first edition of the Open was run by a PDGA-certified club from Cadyville in Clinton County.

Disc golf is new and growing in St. Lawrence County, Mr. Downs said. “Two years ago we didn’t have a course.”

The course exists now because David C. Tulloch, who owns the land the course is on, had his work slow down due to the pandemic in 2020.

“I had about 3 months where work was light,” Mr. Tulloch said.

So, he started cutting the course into his property.

After he had nine holes, others started to show up to help, he said.

In the end they had about an eight-member club that has added 20 new players over the last year.

Christopher C. Verkey, of Cadyville, was playing in the St. Lawrence Open for the second time.

“I really love this course,” he said after teeing off on the No. 1 hole. “It tests every aspect of disc golf.”

The course has technical holes in the woods that require precise placement and wide open holes that call for throwing bombers from the tee box, he said.

Jesse Diamond-Brown, of West Potsdam, is a tag holder at the Schoolhouse Road course and was playing in the open for the second time.

The weather, he said, was going to be a challenge but the tournament would be fun, no matter what.

“That’s the name of the game out here,” he said.

Riley Criscitello was carefully using an umbrella and a towel to keep his discs dry as he navigated the course.

“I love it for the smoothness and the chill,” Mr. Criscitello said of the game. “You go at your own pace. It’s a chance to get together with everyone and have fun.”

The Schoolhouse Road disc golf course is on private property and people need to seek permission to play. The best way to learn more about playing is to send a message through the club’s Instagram account @SLCdisc. There is an online check-in system for established players.