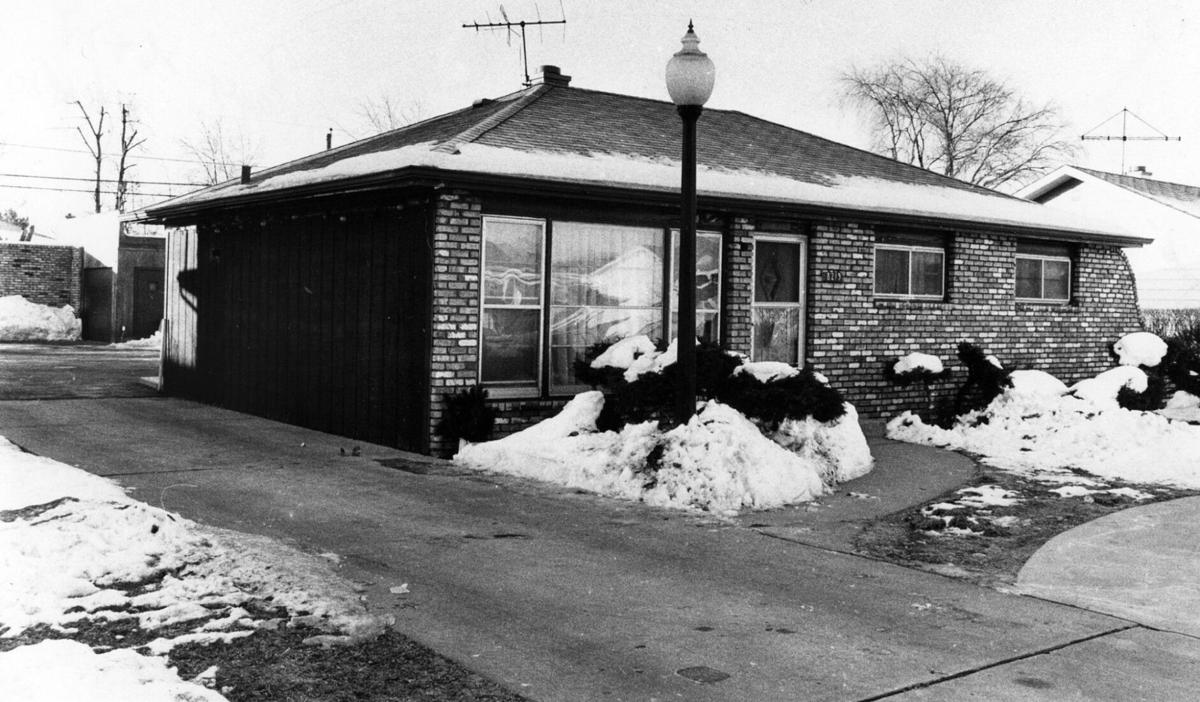 John Wayne Gacy’s house at 8213 W. Summerdale Avenue in Norwood Park, Illinois, at the time of his arrest on Dec. 22, 1978. William Yates/Chicago Tribune/TNS 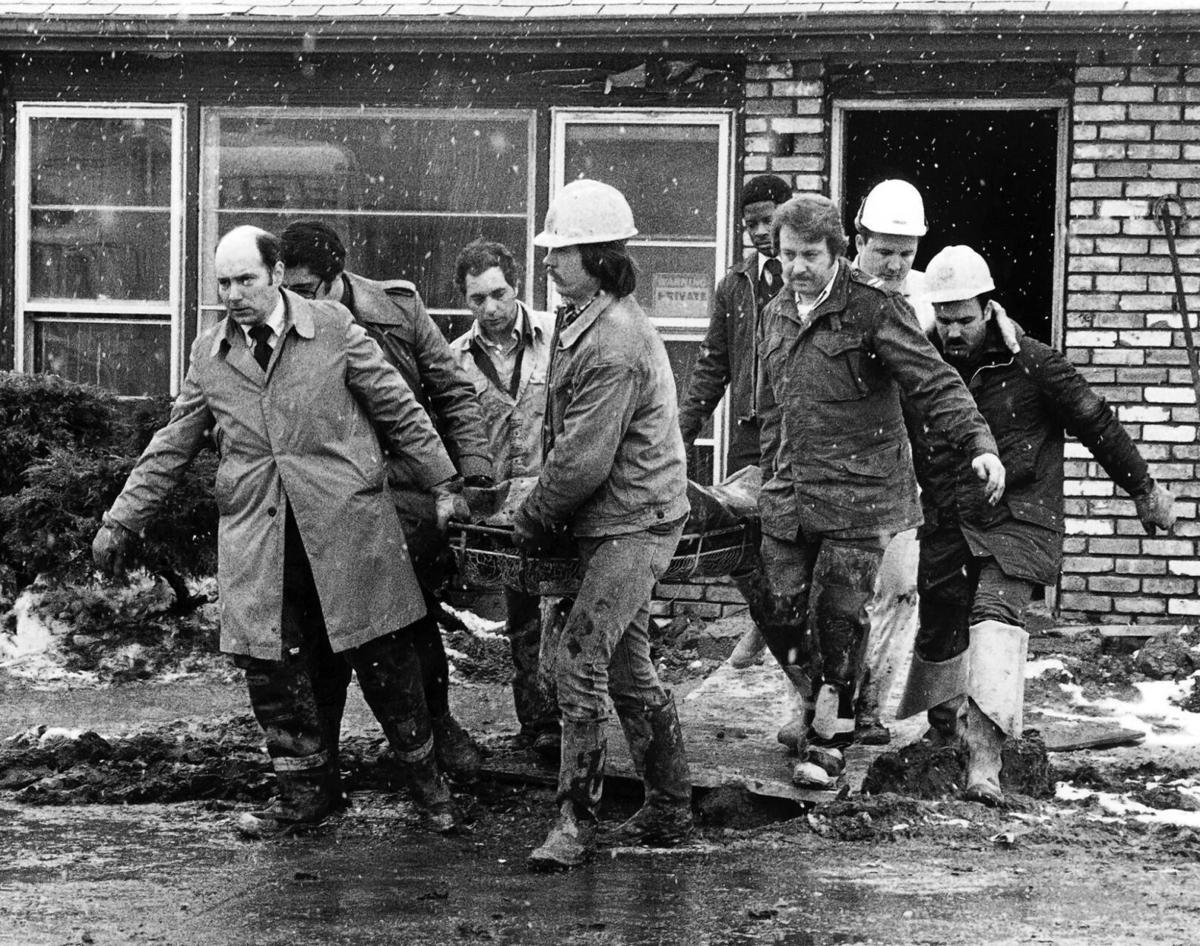 A body is recovered from John Wayne Gacy’s house in 1979 and transferred to a sheriff’s van. Sally Good/Chicago Tribune/TNS 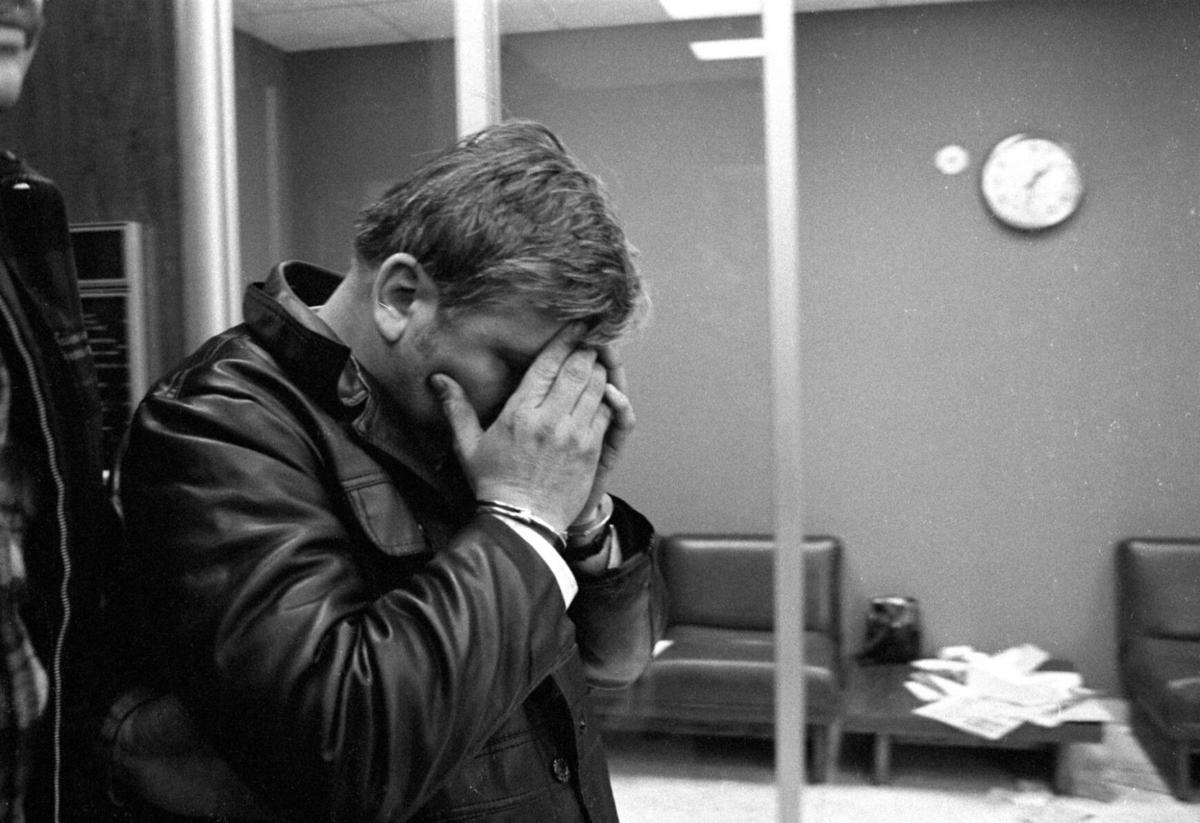 At the Des Plaines, Ill., police station, John Wayne Gacy covers his face with his manacled hands as he emerged after an all-night questioning session on Dec. 22, 1978. Roy Hall/Chicago Tribune/TNS

John Wayne Gacy’s house at 8213 W. Summerdale Avenue in Norwood Park, Illinois, at the time of his arrest on Dec. 22, 1978. William Yates/Chicago Tribune/TNS

A body is recovered from John Wayne Gacy’s house in 1979 and transferred to a sheriff’s van. Sally Good/Chicago Tribune/TNS

At the Des Plaines, Ill., police station, John Wayne Gacy covers his face with his manacled hands as he emerged after an all-night questioning session on Dec. 22, 1978. Roy Hall/Chicago Tribune/TNS

I have never forgotten being a young reporter and watching as some of the dead bodies of young men and boys were removed from the crawl space of Gacy’s ranch house near Norridge, in an unincorporated village in Norwood Park Township, Ill.

Over some freezing and snowy late December days in 1978, I stood surrounded by neighbors, the curious, cops, medical technicians and others, many of them crying and all, it goes without saying, trying to grasp this particular manifestation of evil.

Eventually 33 bodies were discovered, 29 in the house and four others nearby. Gacy went on trial, he was quickly convicted and executed in May 1994.

Then came the rush of post-mortems in the form of books and movies, some good and some bad. If you might now believe that there is nothing more to say, you will change your mind after watching a brilliant and provocative “John Wayne Gacy: Devil in Disguise,” a six-part, six-hour documentary premiering on Peacock. It is handsomely made, judicious in its uses of archival footage and benefits greatly from a rarely viewed and lengthy 1992 interview session in the warden’s office in downstate Menard Correctional Center, conducted by FBI profiler Robert Ressler.

He’s trying a con, saying, “The idea that I’m a homosexual and all that garbage. They’ve painted this image of me like I strolled down the streets and slaughtered them. If you could see my schedule, my work schedule, you know damn well I was never out there.”

The program also features interviews with such people as Gacy’s sister, newsmen Jay Levine and Larry Potash, a few Gacy associates and most notably William Dorsch, who had long been convinced that Gacy had killed more people and that undiscovered Gacy victims were in the yard of an apartment building in northwest Chicago.

Dorsch is the reason Alison True is also involved in the film as its executive consultant. A former editor of the Chicago Reader, True certainly knew plenty about the Gacy crimes and punishment. She had been pitched a Gacy story by Roosevelt University graduate student Chris Maloney, but at the time the Reader didn’t have the budget to fund the type of investigation that it would require.

She has worked closely with some of our greatest investigative journalists, such as John Conroy and Steve Bogira. She knew what efforts this story would entail, and she was determined.

“What interested me was not John Wayne Gacy,” she told me. “I don’t find murderers particularly interesting. But once we started looking at things, there had been reported a lot of things that just didn’t add up.”

Were their more victims? Could one man pull off all these murders? Was law enforcement blinded a bit by Gacy’s “political connections” (he was a prominent volunteer for a number of local Democratic organization) or his habit of dressing as a clown?

“A lot of Gacy’s victims were referred to as wayward teens nobody cared about,” said True. “That’s not fair. A few of the kids worked for Gacy and just disappeared. There have been misidentifications of some of the victims and lot of families are still still out there looking for answers.”

Those of you looking for more Gacy the ghoul will get it, especially in some chilling photos, but this series wisely shies away from the killer clown angle.

True says, “That a necessary evil, I suppose.” But she is hoping that others will look beyond that and think about the questions the series raises. She’s been at this for a decade. She wants to write a book about this, and I will be the first in line to buy, in part because when I asked if living with his story for a decade has disturbed her sleep of given her nightmares, she paused for a moment and then said, quietly, “No comment.”