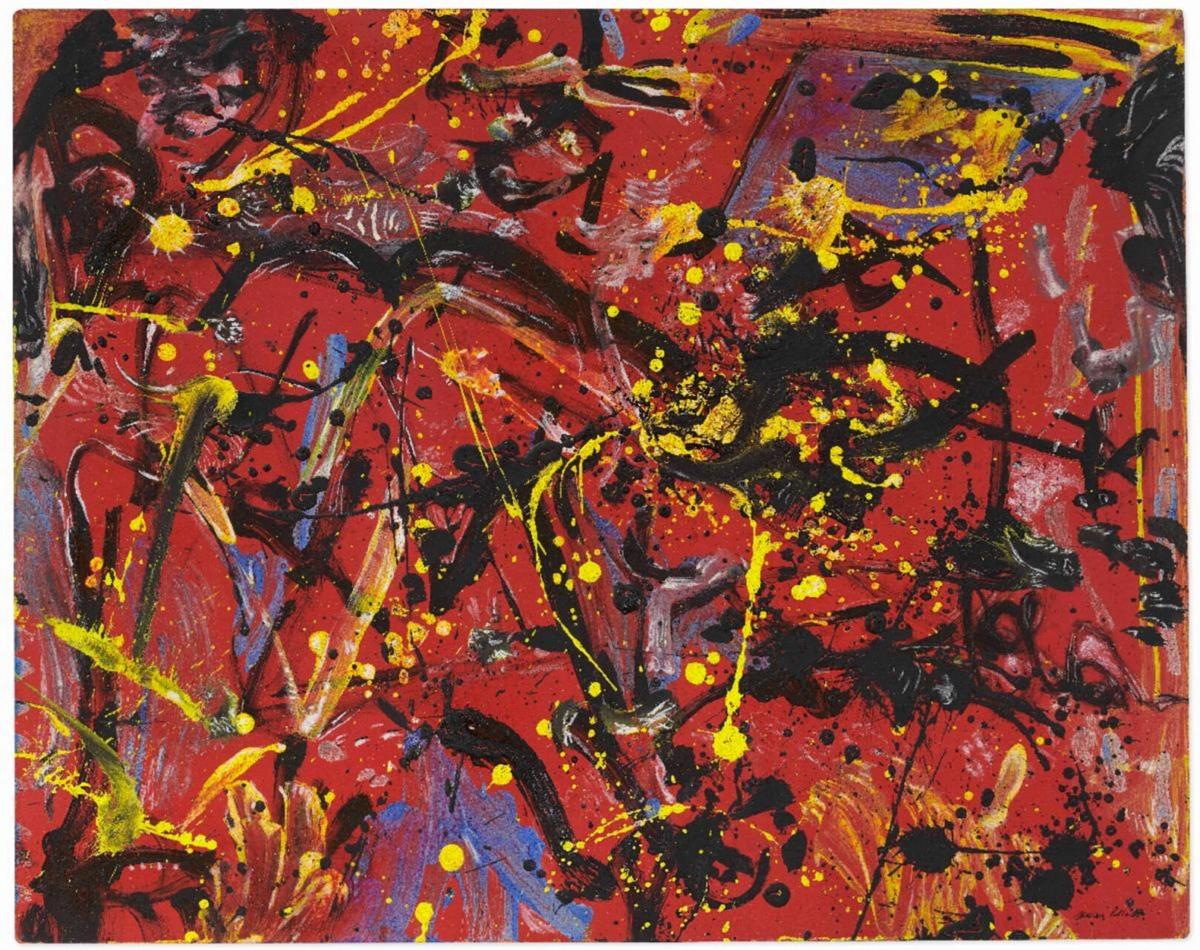 “A Legacy of Firsts” is on exhibit at Everson Museum of Art through Jan. 3. It’s located at 401 Harrison St., Syracuse. Courtesy Everson Museum

“A Legacy of Firsts” is on exhibit at Everson Museum of Art through Jan. 3. It’s located at 401 Harrison St., Syracuse. Courtesy Everson Museum

SYRACUSE — A painting that when donated to the Everson Museum of Art was valued at $800,000, was sold at auction Tuesday night for $12 million.

Christie’s Auction House sold the Jackson Pollock painting “Red Composition, 1946,” at its 20th Century Evening Sale in New York City. Bidding started at $9 million at the marquee event, and the work sold to an anonymous bidder for the $12 million price tag.

The painting first belonged to dealer and gallery owner Peggy Guggenheim, who was one of Mr. Pollock’s earliest and most ardent patrons.

In addition to “Red Composition, 1946,” the Reismans also donated an untitled ink on paper work by Mr. Pollock to the Everson in 1997; the drawing is on view at the museum in the exhibition, “A Legacy of Firsts,” on exhibit through Jan. 3.

The museum’s board of trustees earlier this year voted unanimously to deaccession “Red Composition, 1946” from the museum’s collection, in order to “refine, diversify and build its collection for the future.”

“We are extremely pleased with the outcome of the sale and look forward to all the ways that this will allow us to fervently pursue our mission,” Everson Director Elizabeth Dunbar said in a news release.

Proceeds from the sale of the painting will be dedicated to refining and diversifying the Everson Museum’s collection to focus on works by artists of color, women artists, and other under-represented, emerging and mid-career artists. A fund will be established for these specific purchases, while an additional portion of the funds will also be used for the direct care of the Everson’s collection of more than 10,000 pieces. Museum officials say the allocations are consistent with guidelines established by the American Alliance of Museums and the Regents of the State of New York.

Also, several conservation measures at the museum will be undertaken, including the restoration of the iconic “Two Piece Reclining Figure No. 3” by Henry Moore, which has graced Everson’s front podium since opening in 1968. The Everson will also improve its on-site storage, enabling more of the collection to be housed at the museum and available for scholarly study and public viewing.

Proceeds won’t be used for the museum’s operating expenses.

“The museum’s core operating budget is completely separate from the fund that will be realized from this sale,” museum officials said in the news release. “Thanks to continuing community support and the generosity of those who have and continue to support the Everson, the operating budget is stable and will continue to be directed toward programming, facility improvement, education, and community engagement.”

Mr. Pollock,(1912-1956), was an influential American painter and a major figure in the abstract expressionist movement. According to, jackson-pollock.org, he was regarded as a mostly reclusive artist, had a volatile personality and struggled with alcoholism for most of his life. In 1956, Time magazine dubbed Mr. Pollock “Jack the Dripper” as a result his style of splattering his canvasses with paint.

The Everson Museum’s permanent collection encompasses approximately 10,000 works, including paintings, ceramics, sculpture, videos, photographs, works on paper and decorative arts. It has one of the largest holdings of American ceramics in the nation.

Its current “Legacy of Firsts” exhibit relates to the museum’s history. In 1911, the Syracuse Museum of Fine Arts (known today as the Everson) made history as the first museum in the country to declare that it would focus on collecting works made by American artists. This decision, implemented by Museum Director Fernando Carter, was the first of many made by directors that ultimately defined the Everson’s collection as it exists today