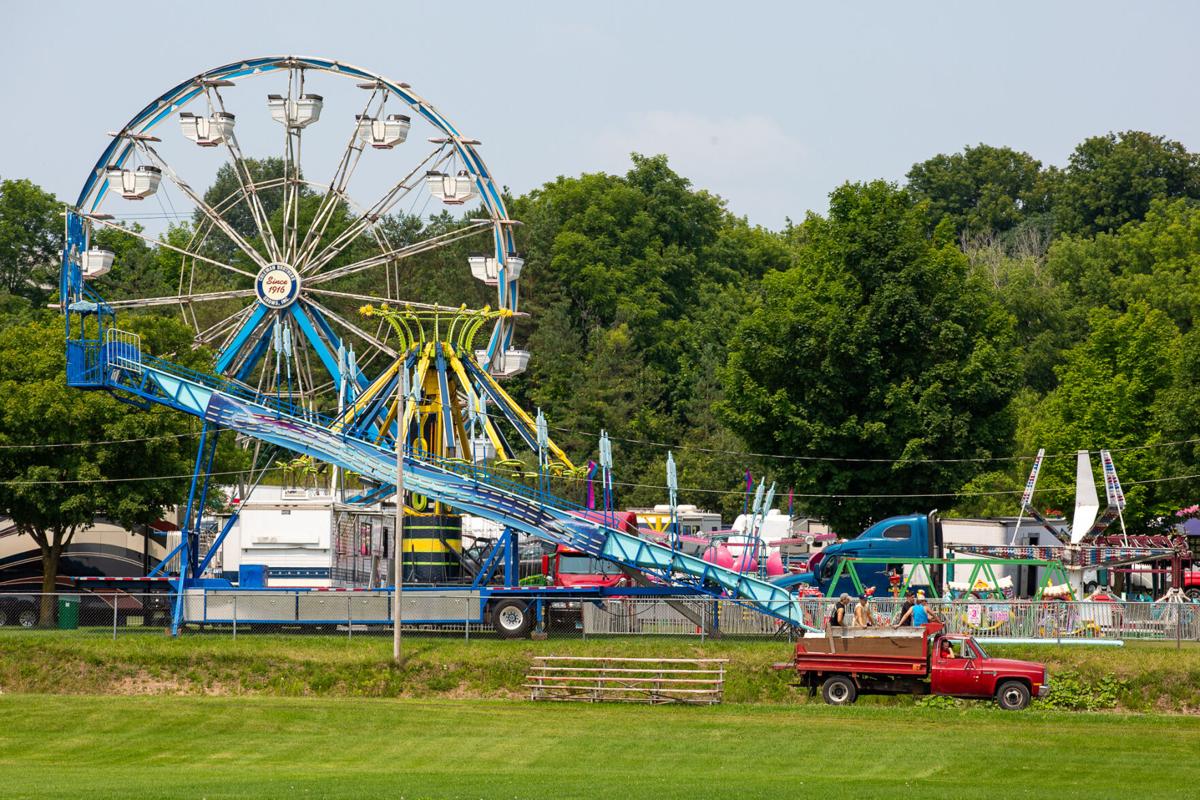 Rides rise up and the grounds are set Monday for opening day of the Lewis County Fair in Lowville, which begins Tuesday. Kara Dry/Watertown Daily Times 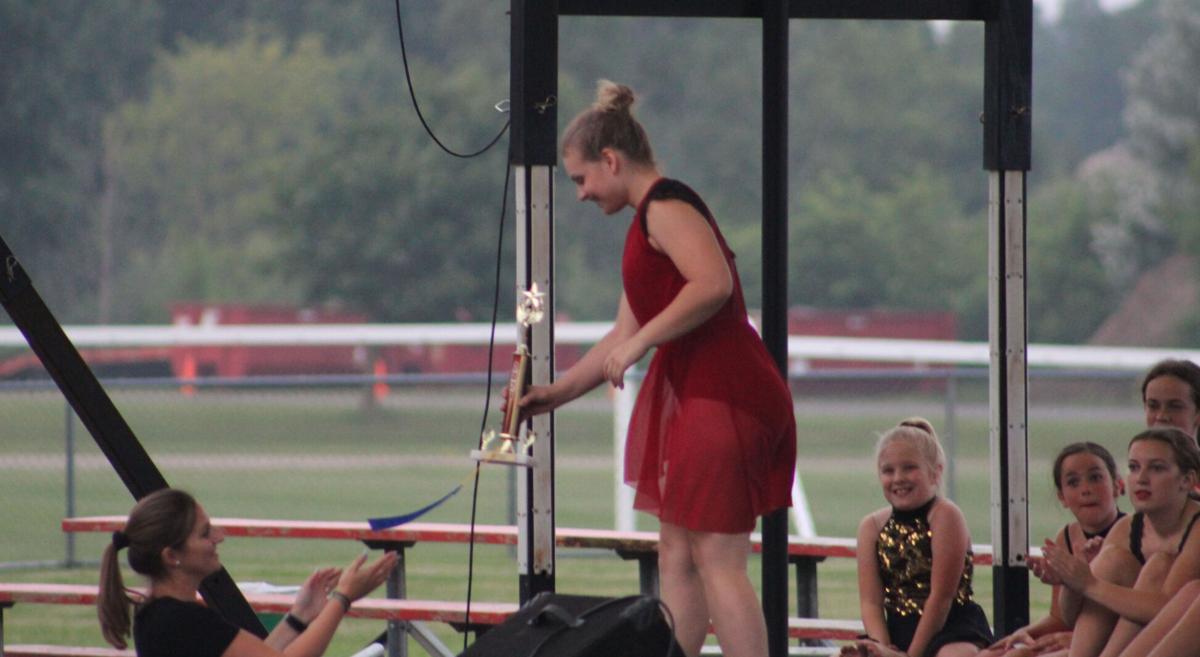 Contestants of the Lewis County Fair talent show perform the Macarena on Monday evening while the judges tally their votes. Brian Rice/Johnson Newspapers

Rides rise up and the grounds are set Monday for opening day of the Lewis County Fair in Lowville, which begins Tuesday. Kara Dry/Watertown Daily Times

Contestants of the Lewis County Fair talent show perform the Macarena on Monday evening while the judges tally their votes. Brian Rice/Johnson Newspapers

LOWVILLE — The talent show didn’t have to compete with the roar of tractor engines at the Lewis County Fairgrounds this year.

That’s because organizers decided to host the annual talent competition on the eve of the 200th edition of the fair’s opening day.

“We usually are fighting with the tractor pull for sound since they occur at the same time,” said Rachel Lisk, the Lewis County Fair manager.

The talent show was moved to Monday before the opening ceremony, which will be held Tuesday. It was moved from inside to out on the bandstand to let the participants shine without other events causing potential disruptions and for more space due to COVID-19 guidelines during the planning phase of the fair.

“If it went well, we hope to make it a regular thing,” the fair manager added.

The changes paid off because more than 100 people came to watch the talent show, which featured dancing, singing and musical instruments accompaniment.

There were 26 different acts from under-18 residents of Lewis County. The event was judged by first time judge Sarah Amelio and returning judges Michelle Smiley and Becky Kelly. The three judges ended up bestowing the overall first place to Hannah Raymond, the Lewis County dairy princess, who performed ballet.

There were winners split up between the age groups of 12 years old and below, and 13 and above. There were also categories for each type of talent, from ballet and jazz dancing to vocal performances and musical theater.

As for the past 26 years, the popular cheese auction will officially kick off the fair at 10:30 a.m. Tuesday in the cattle show ring.

Wheels and blocks of sharp cheddar, Muenster, Swiss, Monterey Jack, Gouda, chocolate cheese, maple and bacon cheddar, 10-year-old cheddar and variety packs are some of the cheeses up for grabs this year to benefit local FFA and 4-H clubs as well as a number of dairy-oriented scholarships, projects and programs.

At 12:30 p.m., the New York Sire Stakes harness races will take place in the grandstand, free to all who would like to attend.

The annual parade will begin at 7 p.m., followed by a “huge fireworks display,” the biggest ever, according to Ms. Lisk.

“Spinning Wheels will be doing the demo derby again this year because we had nothing but great comments about what they did in 2019, the last time they did it,” Ms. Lisk said.

Performers on the free second stage and around the fair throughout the week include TJ the Magician who does a strolling show as well as a stage show, the Pirates of the Colombian Caribbean high wire act and Arcy, a spray paint muralist who will create a new mural every day at the playground across from the horse barn.

Arcy has done live mural events around the world since 2015, according to his website.

“Normally, we have two free acts, but we decided to expand it this year,” Ms. Lisk said. “During the day we will be having our garden and field tractor shows, which are really popular with farmers, and this year we are having a daily scavenger hunt around the fairgrounds and in all of the buildings.”

The scavenger hunt list can be picked up from the information booth, and anyone that fills out the form with all of the information required will be entered to win a $200 prize.

To commemorate the 200th edition, a Fair Museum will be located under the grandstand with photos and historical items, and Ms. Lisk encourages everyone to stop by.

Although no COVID-related restrictions are in place, precautions like wiping down the golf carts more frequently, hand sanitizer and masks will be available, and signs will be posted asking people who have not been vaccinated to mask up as guidelines recommend.

The county Public Health department will also be on hand with one-shot Johnson & Johnson vaccinations for anyone interested.

For more information about the week’s events and agricultural competitions and to buy tickets to grandstand events, go to the fair’s website at lewiscountyfair.org or call 315-376-8333.