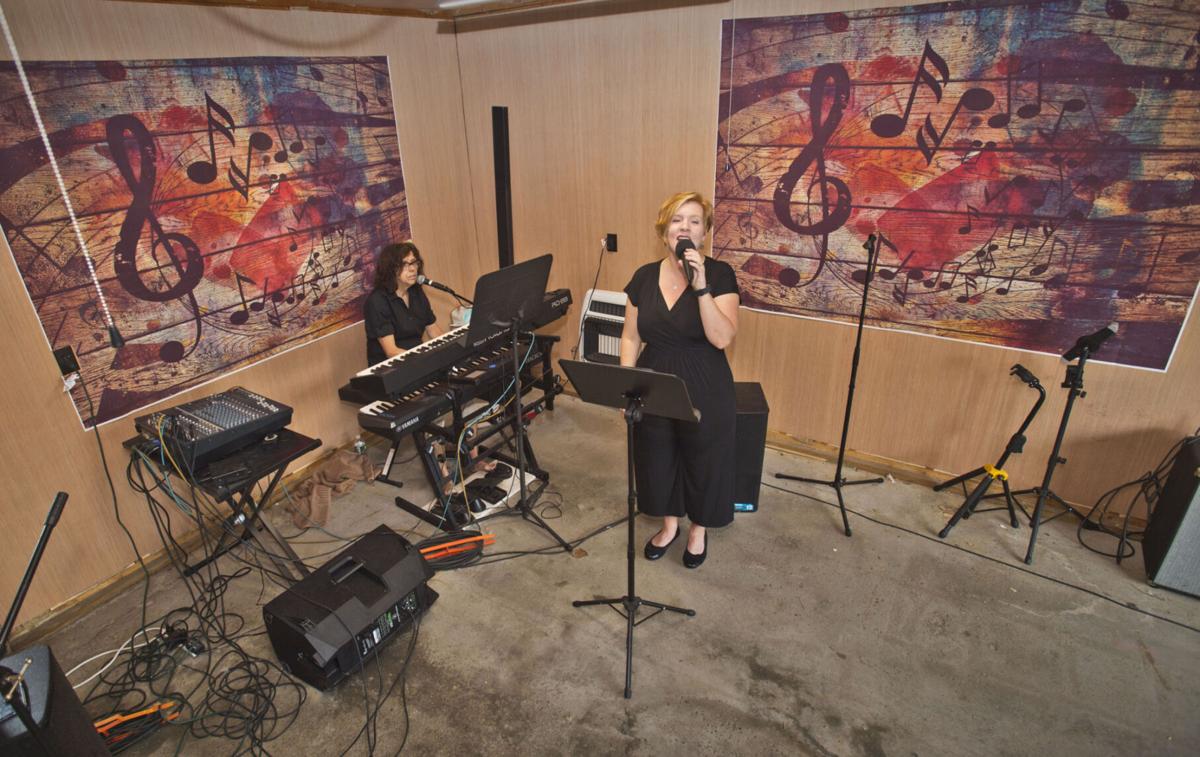 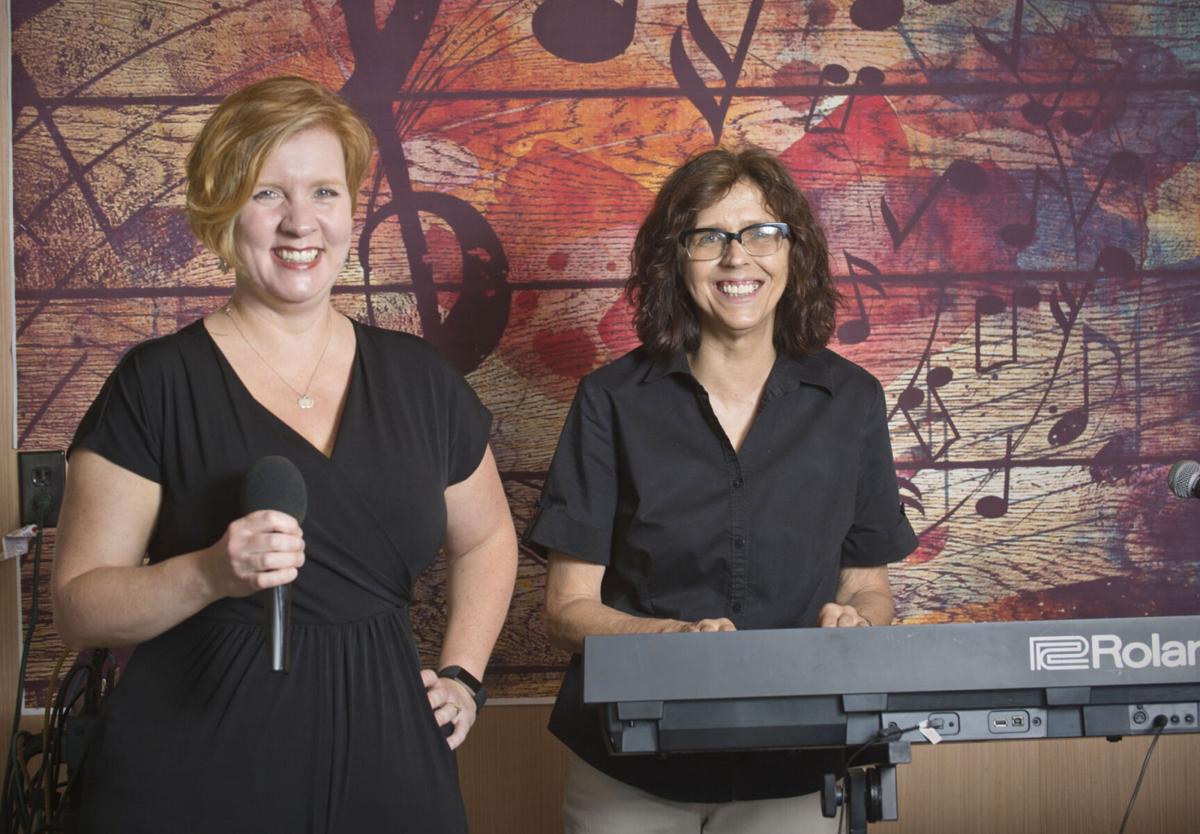 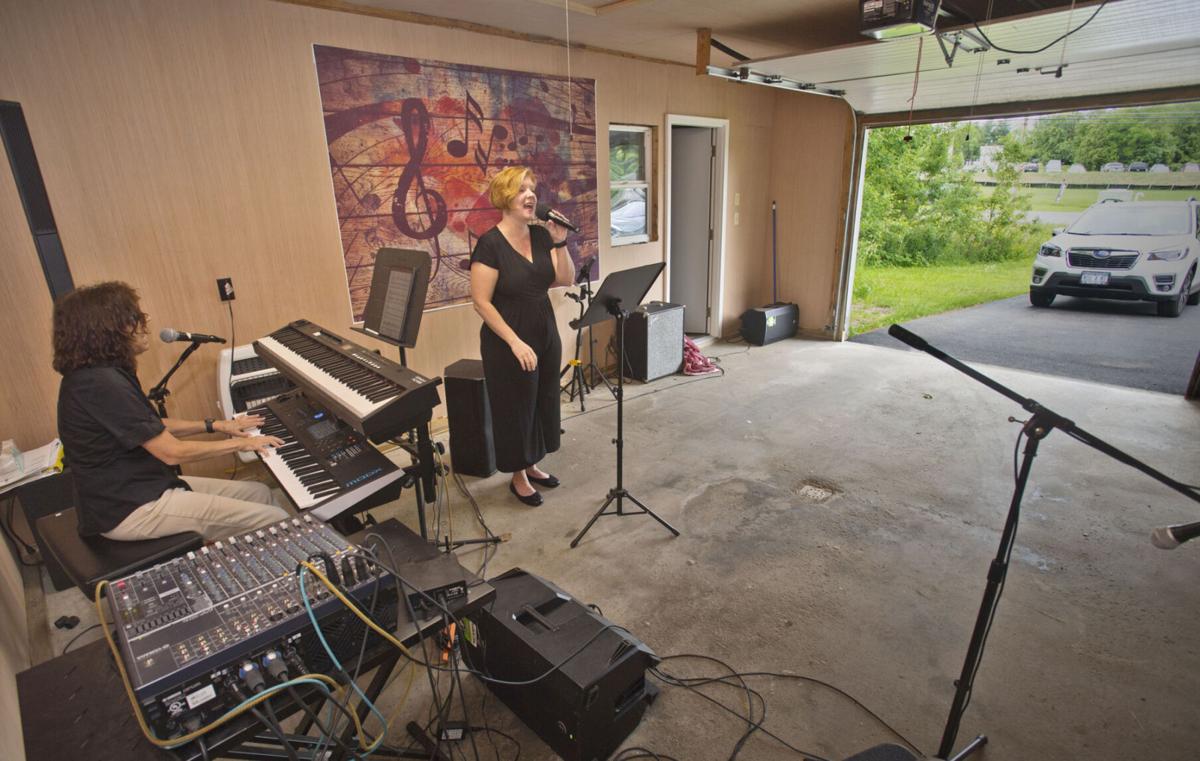 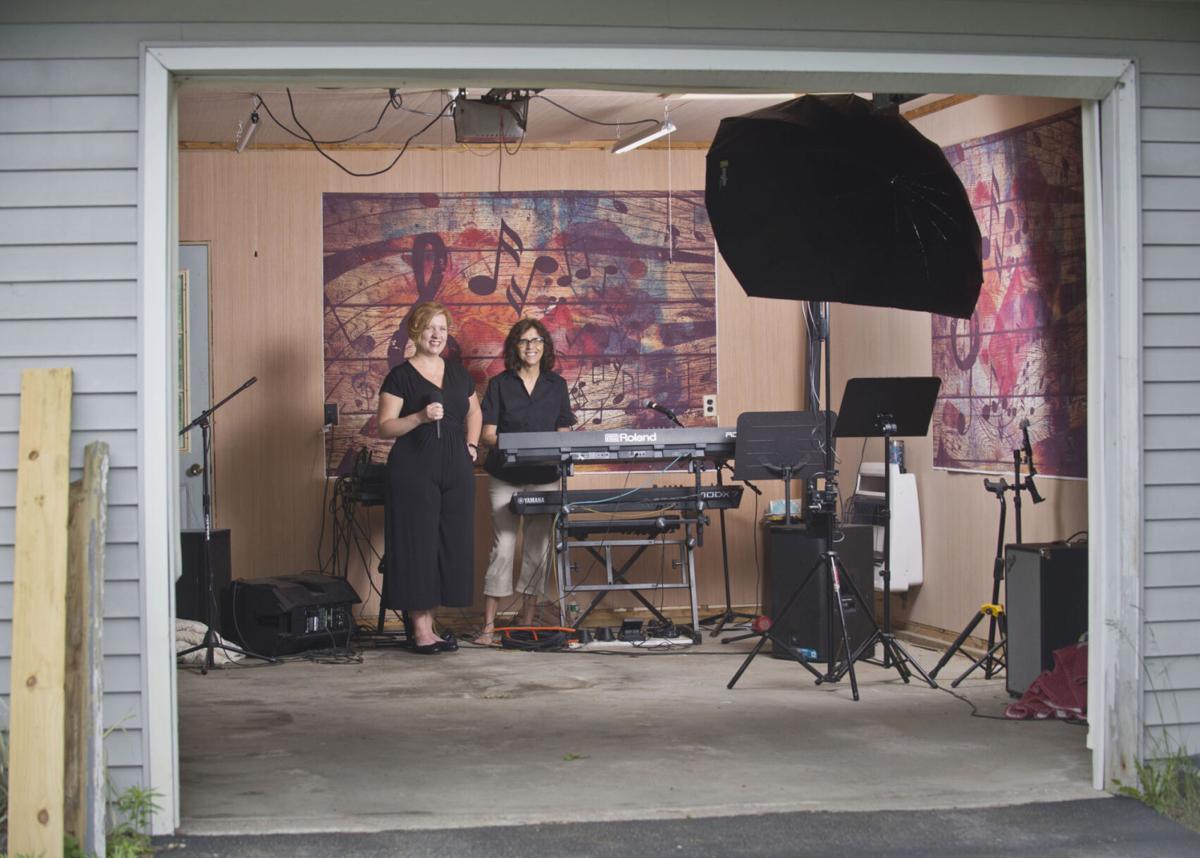 Keri L. Lucey, a Moira native now settled in Massena, was 10 years old when she started exploring musicality on flute and saxophone with her band teacher Christine M. Paige. Last week, the pair practiced inside Ms. Paige’s garage at her home on Route 56. Mrs. Lucey stood at the mic and her former teacher played keys.

“I’m my happiest when I’m playing,” Ms. Paige said. “It brings me peace and comfort, and I’m where I need to be.”

Sprouting from their existing mixed-gender, five-member band The Girls, Ms. Paige and Mrs. Lucey have turned a quarantine-born dream into The Ladies. They’ll continue to play at festivals and events with The Girls, and The Ladies are debuting this summer, primarily playing music composed or performed by women.

Both groups take requests for gigs with notice, and Ms. Paige does much of the arranging. Mrs. Lucey is lead vocalist for both groups, and Ms. Paige plays keyboard and covers backup vocals. Virtual rehearsals dominated 2020, but the musicians are again rehearsing in person as the summer festival and outdoor concert season approaches.

Unofficially, Ms. Paige and Mrs. Lucey have been making music together for years. Subtle or overt surprise — from men in their audiences — has underscored the complexities of women making it in the region. Ms. Paige said it’s frustrating always having to work to be “taken seriously” even before a song is counted in.

Mrs. Lucey recalled a listener once asking, “Who’d you get to set up your equipment?”

The Girls set up their own equipment. The Ladies do, too.

“We’ve worked really hard to put this together,” Mrs. Lucey said, adding that she hopes young artists see The Girls and The Ladies as local on-stage role models.

When Ms. Paige first started teaching in the 1970s, primary and secondary music programming wasn’t standard, and she remembers being told Brushton-Moira was “a bare bones school.”

A graduate of the Crane School of Music at SUNY Potsdam, where she focused on music education and piano, Ms. Paige served as Brushton-Moira’s instrumental and vocal music director for 36 years, advocating for more robust music offerings until her 2010 retirement. Piano students now take lessons out of her home.

After Mrs. Lucey graduated high school, she headed to SUNY Potsdam as a literature and writing major.

She took every Crane vocal class open to non-music majors and sang in church. She earned her Master of Arts in secondary education and teaching from Binghamton University, lived in Pittsburgh for a few years and taught English and theater in Buffalo before returning to Brushton-Moira as a teacher.

During a rehearsal this month, The Ladies performed their take on the Alicia Keys, Brandi Carlile duet “A Beautiful Noise,” and worked on Vanessa Carlton’s “Carousel.”

“We’re exploring more and more all the time,” Ms. Paige said. “Some things work and some don’t. That’s part of the journey.”

In addition to summer concert appearances, The Ladies and The Girls are available for weddings, cocktail hours, anniversary parties and other events. You can find rehearsal footage and keep up with both groups on Facebook.