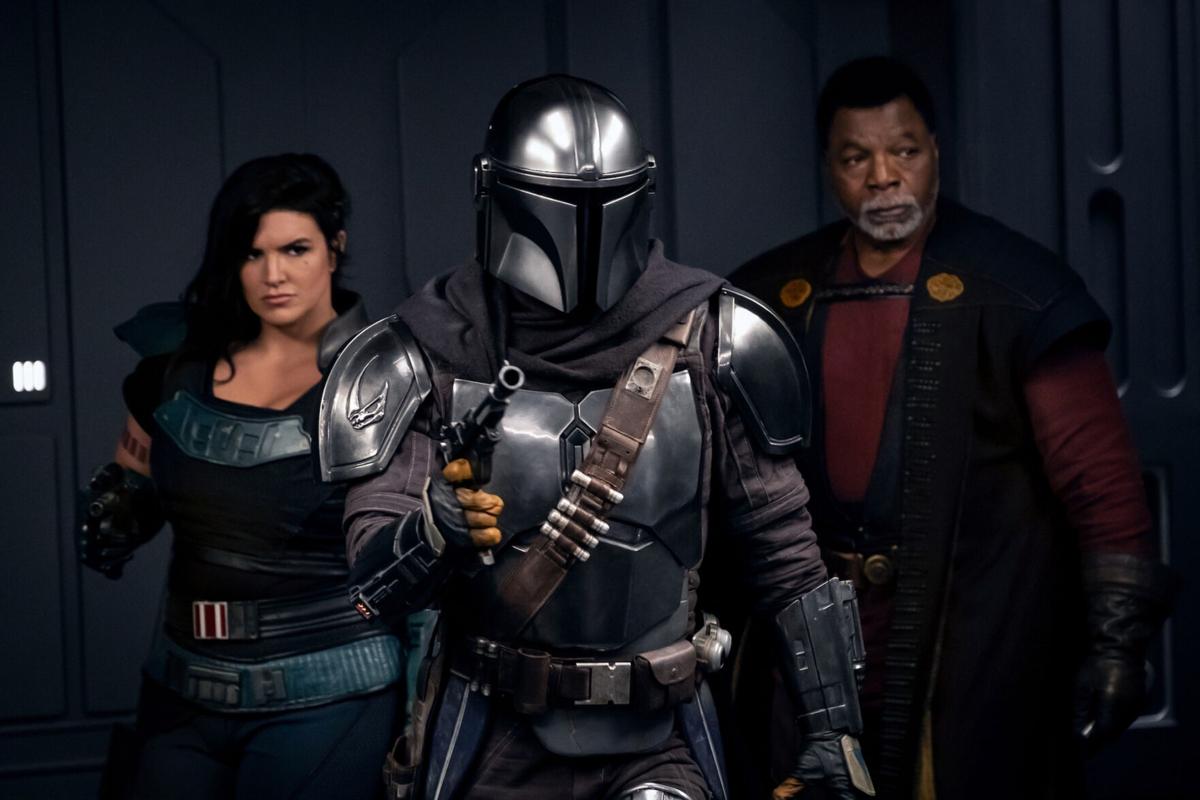 In true Disney form, the entertainment giant has found yet another way to capitalize on the popularity of the Child (better known as Baby Yoda) by releasing a 1,073-piece Lego set in tandem with the highly anticipated second season of "The Mandalorian." (Disney Plus/TNS) 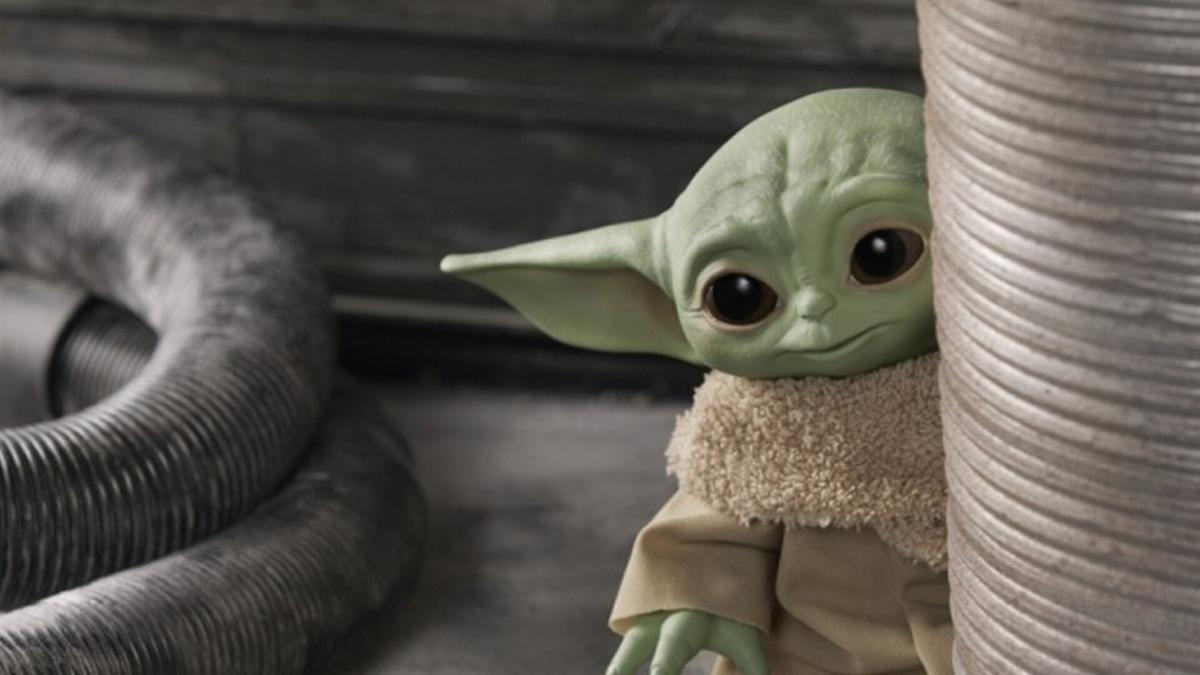 The Child (know affectionately by some fans as Baby Yoda) returns in season two of “The Mandalorian.” Disney+

In true Disney form, the entertainment giant has found yet another way to capitalize on the popularity of the Child (better known as Baby Yoda) by releasing a 1,073-piece Lego set in tandem with the highly anticipated second season of "The Mandalorian." (Disney Plus/TNS)

The Child (know affectionately by some fans as Baby Yoda) returns in season two of “The Mandalorian.” Disney+

The first season of “The Mandalorian” hinted at unseen events — a long time ago in a galaxy far, far away — that drove the surviving warriors of Mandalore to a life underground.

Among the show’s biggest surprises came during the first-season finale, when former Imperial officer Moff Gideon used a legendary Mandalorian weapon to break out of his wrecked TIE fighter.

Although it was said that no prior “Star Wars” knowledge was required to jump into the series’ first season, the appearance of the Darksaber, along with promotional clips and casting reports (not to mention rumors) all point toward the second season of “The Mandalorian,” which premiered last Friday on Disney+, delving more into lore that has been revealed over years on shows such as “Star Wars: The Clone Wars” and “Star Wars Rebels.”

It was revealed during season one that before the fall of the Empire, Imperial forces clashed with the Mandalorians and nearly wiped them all out. They also took their beskar — the valuable, nearly indestructible metal used to forge Mandalorian armor.

But what happened before then? Here’s a brief rundown of Mandalorian history for those who did not spend the 10 months since the season one finale bingeing all of the “Star Wars” animated shows — or just want a refresher.

The Mandalorians have a long history of war and battles. A warrior society composed of different houses and clans, combat and their sense of honor are fundamental elements of their cultural identity.

In addition to fighting among themselves for political power, the Mandalorians also have a long history of battling against the Jedi.

What is the Darksaber?

A special lightsaber with a dark blade, the legendary Darksaber was created by Tarre Vizsla, the first Mandalorian Jedi and a ruler of Mandalore during ancient times. It was put in a Jedi Temple after his death, but long before the events of any “Star Wars” movie, members of House Vizsla stole it and used it to unify their people and rule over them.

The one-of-a-kind weapon briefly fell out of Mandalorian hands during the Clone Wars but was eventually wielded once again by a worthy leader to unite the various clans and reclaim Mandalore from the Empire.

An era of peace. Sort of

Mandalore was among the Outer Rim planets that initially chose to stay neutral during the Clone Wars because its ruler at the time, Duchess Satine of House Kryze, was committed to pacifism. Satine had seen civil war destroy her homeworld and was determined to keep the now-peaceful Mandalorians out of a galactic war.

Unfortunately, not everyone shared Satine’s ideals. Among those determined to bring Mandalore back to its warrior roots, a group of Mandalorian insurgents called Death Watch — led by a man named Pre Vizsla (yes, that House Vizsla) — kept attacking Satine and her government to try to force Mandalore out of its peaceful goals. They colluded with various outside forces like the Separatists and a newly formed crime syndicate along the way.

When Maul killed Satine and installed a puppet prime minister, Mandalore’s pacifist days were over.

Despite being cut in half during a battle in “Star Wars: Episode I — The Phantom Menace,” Darth Maul survived. In the “Clone Wars” series he abandons the “Darth” and his allegiance to his Sith Lord Darth Sidious, aka Palpatine, but not his hatred of the Jedi.

Maul worked with the Death Watch, built up a crime syndicate, invaded Mandalore, killed Pre Viszla and took the Darksaber, among other things.

He is eventually defeated by Ahsoka Tano, a former Jedi, who helps Bo-Katan Kryze — Satine’s sister, who had joined Death Watch but refused to recognize an outsider as leader — take back Mandalore for the Mandalorians.

What side were the Mandalorians on during the Rebellion?

It’s complicated. Bo-Katan’s brief tenure as leader of the Mandalorians ended shortly after the conclusion of the Clone Wars because she refused to obey the Empire.

Other Mandalorians, realizing they were going to be occupied by Imperial forces either way, served the Empire. Some did whatever they needed to in order to survive.

One Mandalorian, Sabine Wren, was part of the Rebellion. She eventually came to be in possession of the Darksaber (long story; Maul had it again), but at first rejected the responsibility it symbolized because she knew her family and other Mandalorians saw her as a traitor.

Sabine overcomes her hesitation and trains to wield the Darksaber to try to recruit some Mandalorians to the Rebel Alliance. After defeating the Empire’s top Mandalorian and reconciling with her family, she works to help free Mandalore from Imperial control.

After destroying a weapon she had invented with the help of Bo-Katan, Sabine persuades her to take the Darksaber to lead a united Mandalore once again.

What happened after the Empire was defeated?

Hopefully we’ll find out more during “The Mandalorian” season two.