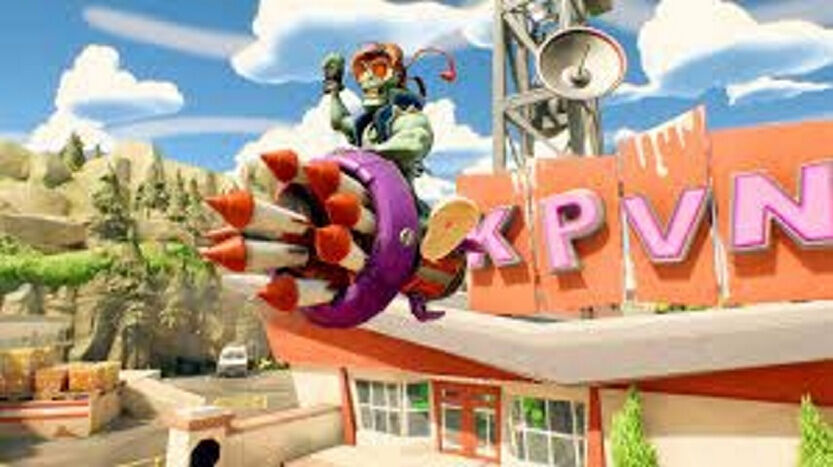 “Plants vs. Zombies: Battle for Neighborville Complete Edition” is coming out on Nintendo Switch. EA Games 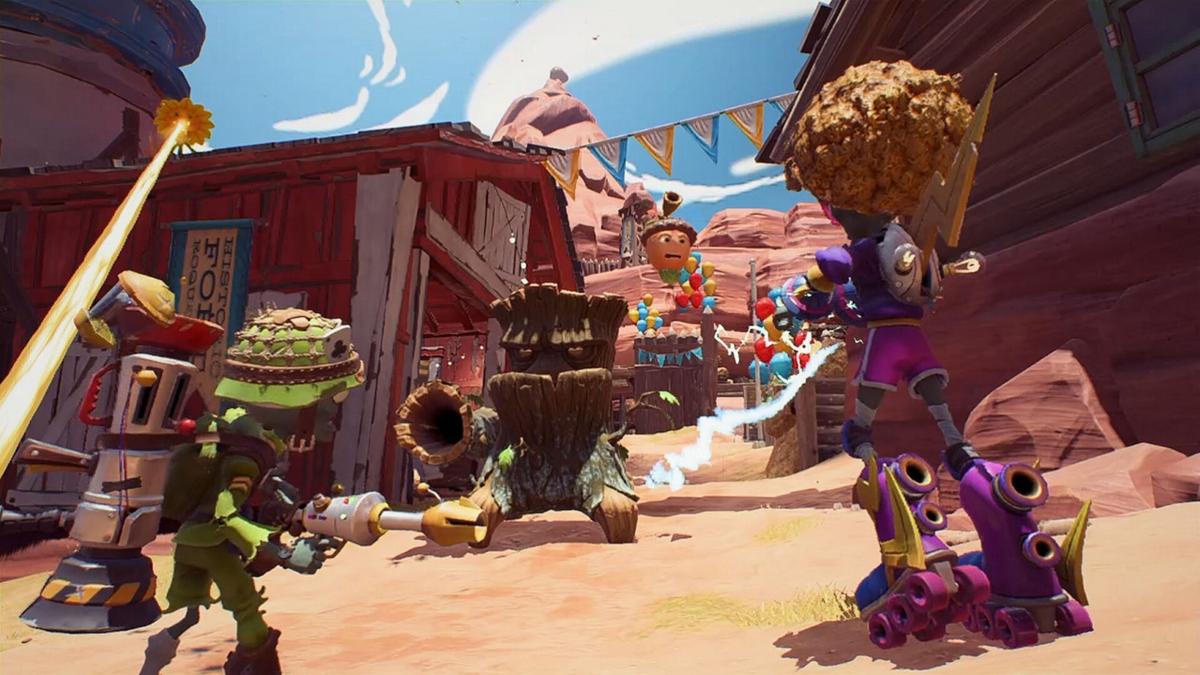 “Plants vs. Zombies” has changed a great deal from its early tower defense game days into the classic shooter game it is today. EA Games 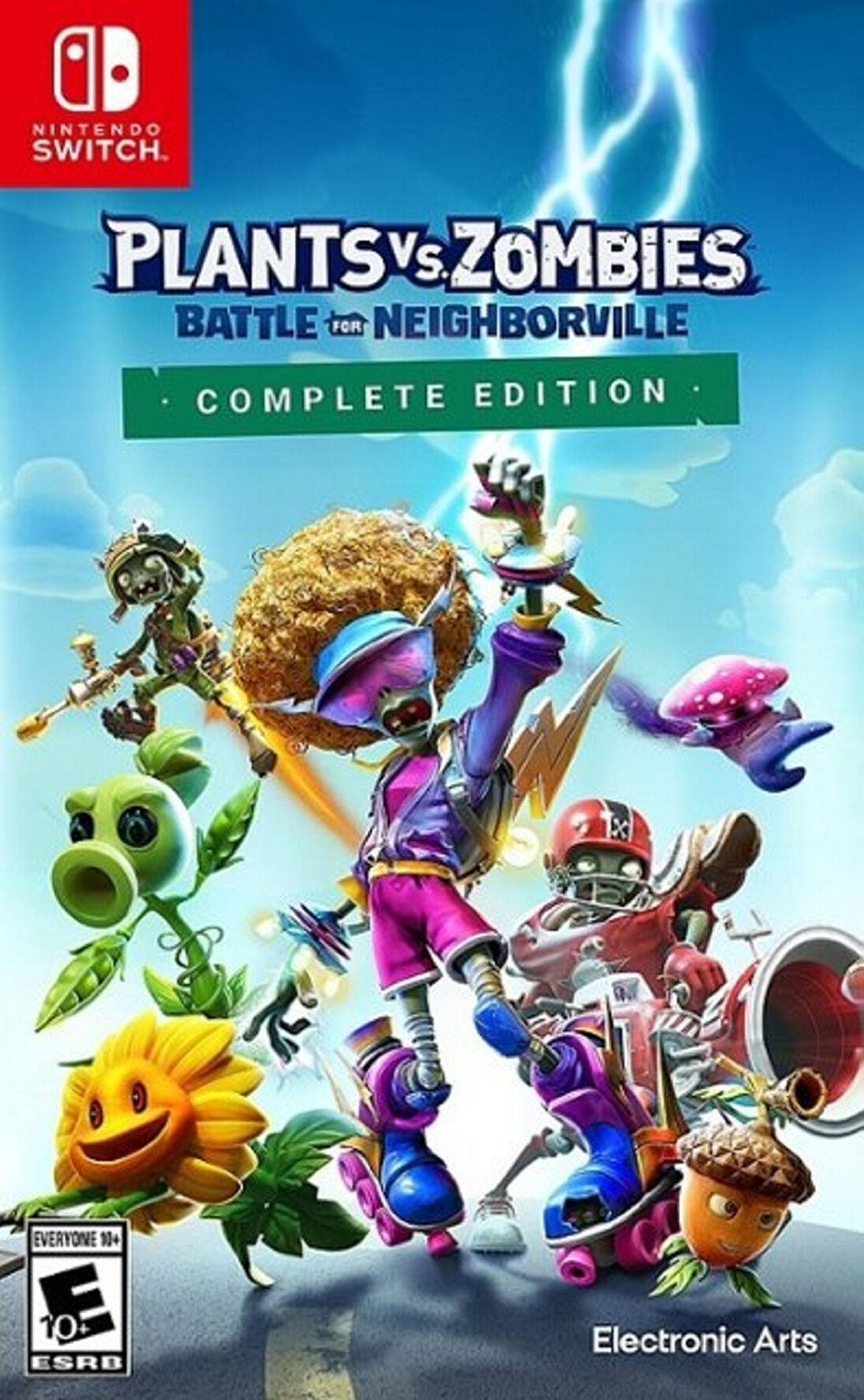 “Plants vs. Zombies: Battle for Neighborville Complete Edition” is coming out on Nintendo Switch. EA Games

“Plants vs. Zombies” has changed a great deal from its early tower defense game days into the classic shooter game it is today. EA Games

“Plants vs. Zombies” was never supposed to be a shooter. Nearly a decade ago, this was a tower defense game, and a wildly fun one at that. The premise was simple (if a bit weird): In a backfield battleground, a bunch of plants had to prevent a group of zombies from reaching a house. And never mind why or how: Arranging pea shooters and giant potatoes to block the oncoming hordes of rockstar zombies and zombies with random cones on their heads was fun.

Then it all changed. EA acquired “Plants Vs. Zombies,” and the franchise has gradually morphed into something else, a horde-mode-style multiplayer shooter. It’s now hitting the Nintendo Switch in its latest form, “Plants Vs. Zombies: Battle for Neighborville Complete Edition.” And while this definitely isn’t the PvZ I originally fell in love with, it is a game that offers solid fun.

Neighborville originally came out two years ago, but the Complete Edition that hits the Switch is the best version you can get. It’s free of the microtransactions that have wrecked so many titles (including earlier versions of Neighborville), and thus you can focus on the shooting that much more.

And Neighborville’s shooting is plenty competent. The strength of “Plants vs. Zombies” as a franchise is the wide scope of creature options; there are a host of different plants and too many zombies to count. You’ll get to play as all of these (after unlocking them, of course), and you’ll gradually upgrade them, too. That means everything from pirate zombies to Chomper plants, all with little endearing traits that make them feel distinct.

The gameplay itself works in all the classic shooter ways you expect. It doesn’t quite compare with the likes of “Overwatch” as a multiplayer shooter, but on a Nintendo Switch that isn’t exactly teeming with shooter options, it’s still fun enough. You’ll pick it all up swiftly, too, especially if you play through the single-player campaign. As is typical with EA, this campaign is essentially an extended tutorial for the multiplayer madness ahead. It successfully teaches you game mechanics, though, and then you’re ready for the action.

You get several fun game modes. Turf Takeover is a 16-player mode with various objectives, and there’s a Weekly Event mode too. My favorite mode is Garden and Graveyard Ops, a horde-mode-style title that has you and a team facing ever-tougher waves of enemies. This is the highlight of the game overall, and it’s a blast if you get the right team together.

It’s that “right team” part that just might hold Neighborville back in the end. Right now, the audience for the game is thin, so you may struggle to get a team together. If you can get one together, though, there’s fun to be had here.

It’s all a far cry from the roots of “Plants vs. Zombies” as a tower defense title, and in some ways, yes, I do miss that. This was, to me, the ideal tower defense game, and I would have played many, many sequels of it to great enjoyment. Neighborville makes the shooter transition solidly and competently, joining the sea of shooter games out there.

And that’s not bad, even if you can’t help wondering what might have been.