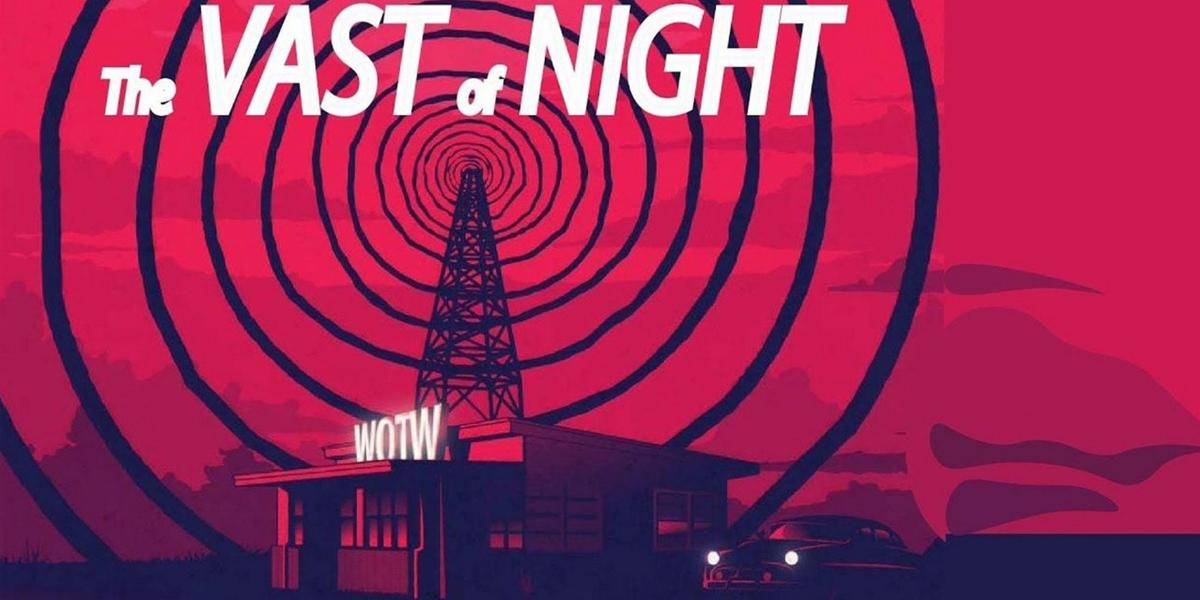 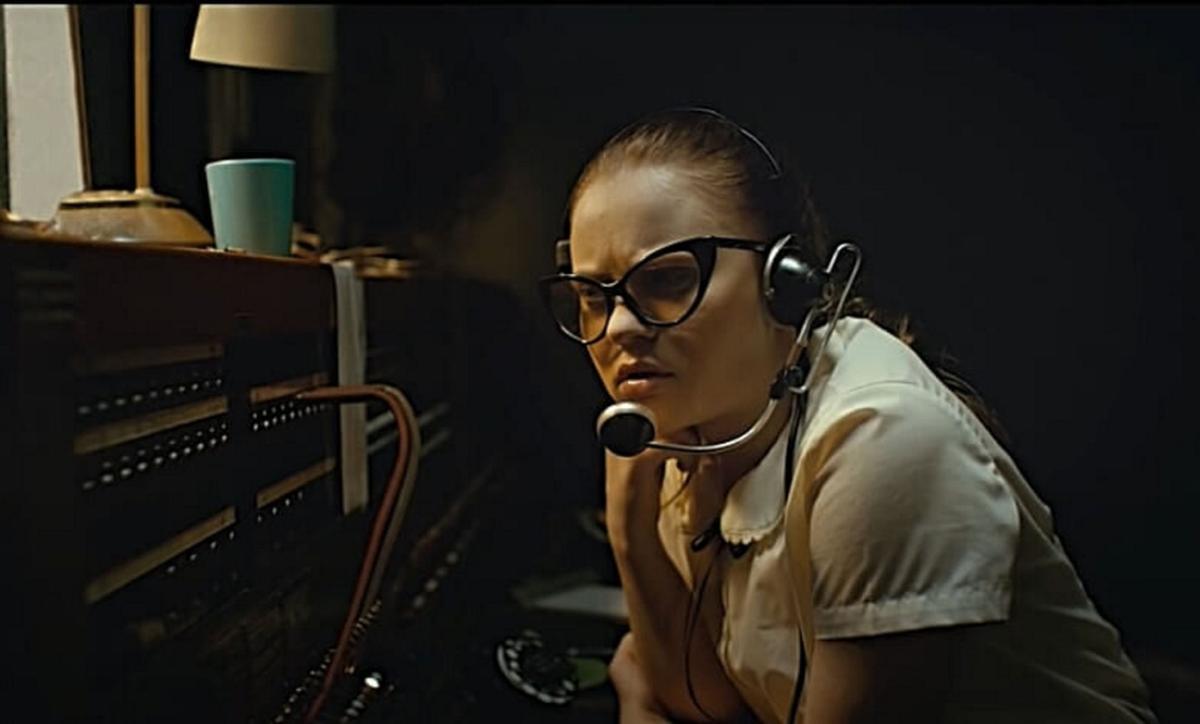 Fay (Sierra McCormick) is an eager-to-please switchboard operator in “The Vast of Night.” Amazon 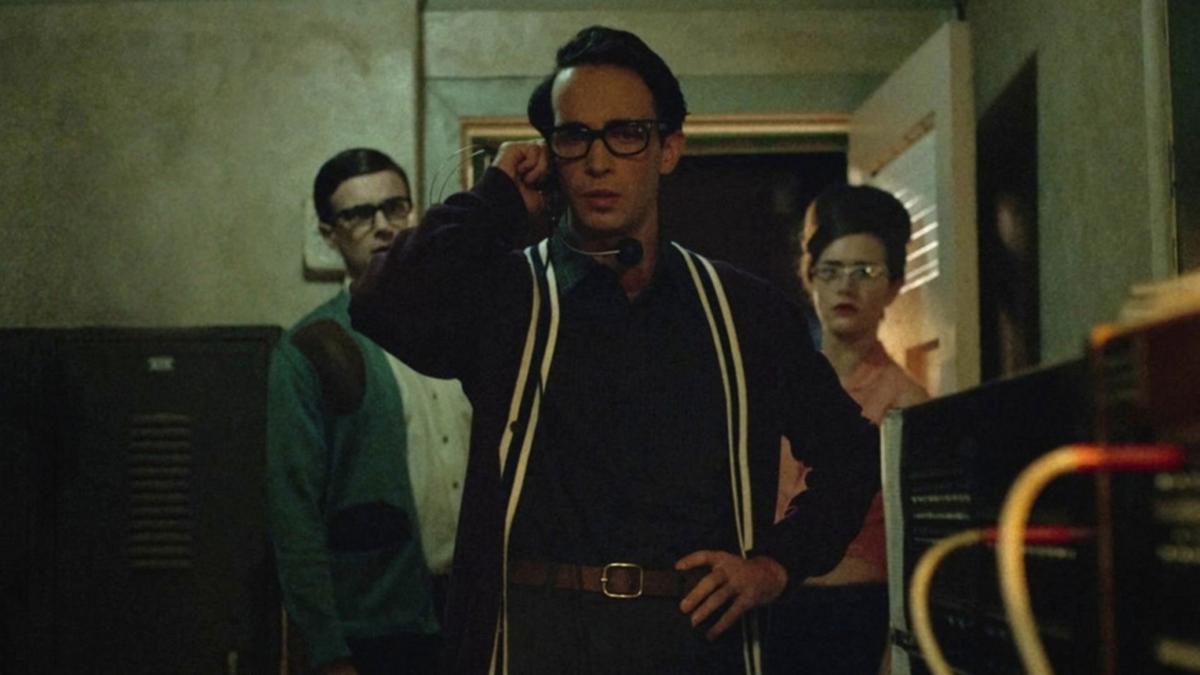 The events of “The Vast of Night” unfold over the course of a single night in the fictional New Mexico town of Cayuga. Amazon

Fay (Sierra McCormick) is an eager-to-please switchboard operator in “The Vast of Night.” Amazon

The events of “The Vast of Night” unfold over the course of a single night in the fictional New Mexico town of Cayuga. Amazon

The first thing you see in “The Vast of Night,” Andrew Patterson’s ingenious and surprising debut feature, is an old 1950s-style TV set broadcasting a show called “Paradox Theater.” It’s clearly modeled on classic anthology series like “The Twilight Zone,” complete with portentous Rod Serling-esque narration that ushers us into “a realm between clandestine and forgotten,” then goes on to rattle off nearly half a dozen charmingly overwrought synonyms, including “a frequency caught between logic and myth.”

Forced to supply my own description, I’d say that “The Vast of Night” exists somewhere at the intersection of radio, television and cinema, and that it excavates some of our fondest old-timey memories of all three in order to build something playfully, strikingly new. Patterson, working from a script (or rather, a “teleplay”) by James Montague and Craig W. Sanger, is one of those pastiche artists who like to mix classical and experimental forms. He has cited the influence of contemporary auteurs as different as David Fincher and Richard Linklater, and there’s a hint of the Coen brothers’ fastidiousness, too, in the visual and conceptual sleight-of-hand he pulls off.

This particular episode — which runs 90 minutes and soon fades from juddering black-and-white into artfully muted color — unfolds over the course of a single night in the fictional New Mexico town of Cayuga. A high-school basketball game is the evening’s main attraction, but after a few spins around the slowly filling gym the camera gloms onto two young workers, Everett (Jake Horowitz) and Fay (Sierra McCormick), as they head to their respective late shifts. Everett is a fast-talking disc jockey; Fay is an eager-to-please switchboard operator. It is through their eyes — and especially their ears — that the movie’s familiar yet fascinating mystery reveals itself.

Keen-eyed observers will guess the nature of that mystery beforehand: If Cayuga’s likely proximity to Roswell doesn’t tip them off, the call letters of Everett’s radio station (“WOTW”), meant to evoke H.G. Wells and Orson Welles, will surely do the trick.

These are only the most conspicuous pop-cultural clues that the filmmakers have sprinkled throughout, and it would be wrong to divulge much more of the suave little story they’ve concocted. Suffice to say that the night is suddenly disturbed by a steady, unnerving whirring noise, detectable on an audio frequency that reaches Fay through her switchboard, and which Everett then beams out to his small but avid listenership.

Are these signals evidence of an alien invasion in progress? Or of some sinister government conspiracy in the works? These are hardly the most original questions, and “The Vast of Night” has little interest in supplying groundbreaking answers. Its achievement is predicated not on novelty, but on modesty — the way it manages, using little more than a terrific cast and a few shadowy, sparsely furnished rooms, to populate your mind’s eye with ominous visions. “There’s something in the sky,” a character says more than once, and it’s remarkable how with each repetition the line generates fresh tremors of wonderment, terror and possibility.

It’s one thing for a movie to center much of its action on a live radio broadcast; it’s another to achieve the seductive narrative pull of a great radio play. Two of the strongest performances are given by Gail Cronauer and Bruce Davis, both playing characters who call into Everett’s show, and both capable of holding you rapt with their voices alone. Davis’ character is notably kept off-screen the entire movie — a haunting absence that hints at a larger, more pointed historical-political dimension to the story.

There are lengthy passages in “The Vast of Night” when you could close your eyes with little loss of dramatic impact. And Patterson, perhaps eager to test the limits of his experiment, sometimes cuts to a black screen mid-dialogue, an audacious touch that allows the dialogue to carry the story. Elsewhere, however, the director gives you a lot to look at. Adam Dietrich’s production design is a marvel of vintage automobiles and analog recording equipment. The gifted cinematographer Miguel I. Littin-Menz pulls off a handful of arresting transitional moments, his camera showily traversing the New Mexico nightscape in sinuous extended tracking shots.

All of which is to say that, despite the clear debts to other storytelling traditions, “The Vast of Night” is self-evidently a work of cinema — a fact that holds true even if it will find most of its viewers on home-streaming platforms. (Amazon Studios, which had a theatrical release planned before the COVID-19 pandemic, has been screening the film at drive-in theaters.) Even before the plot machinery kicks in, the movie establishes a strange, single-minded rhythm that feels uniquely suited to a big-screen venue, insofar as it forces you to lean in and pay close attention.

In one bravura sequence, the camera keeps a measured distance as the two leads walk through town, keeping up a long and sometimes impenetrable line of chatter the whole way. Minor characters drift in and out; Everett, whose know-it-all swagger can be off-putting, teaches Fay how to use a tape recorder. The lack of any immediate narrative footholds might thwart your patience, but it is also a sign of the movie’s commitment to both the realism and the idiosyncrasy of its story.

Patterson doesn’t indulge in obfuscation for its own sake. “The Vast of Night” may elude your grasp early on, but by the end it has snapped into place with a sharp, pleasing clarity. We don’t just have a better sense of who these characters are and what their smarts have uncovered; we’re deeply, wholly invested in their fates. Maybe that’s what you call “Paradox Theater.” Personally, I wouldn’t mind another episode.