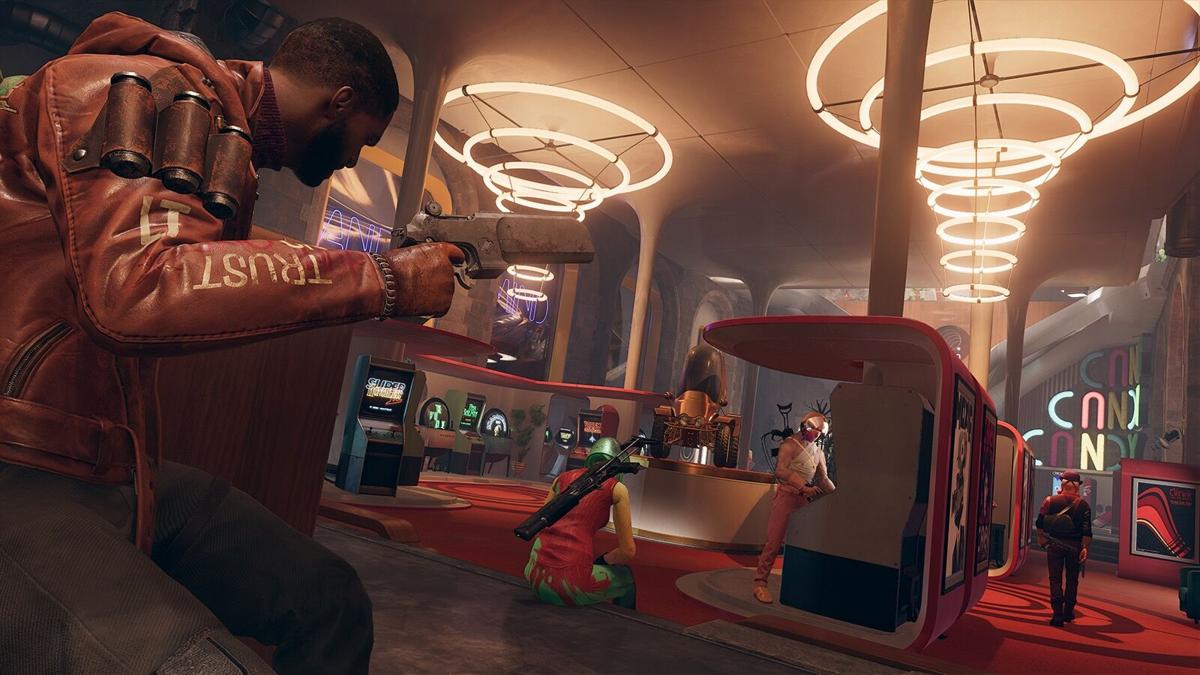 Cole Vahn sneaks up on enemies at an arcade in “Deathloop.” Bethesda Softworks/TNS 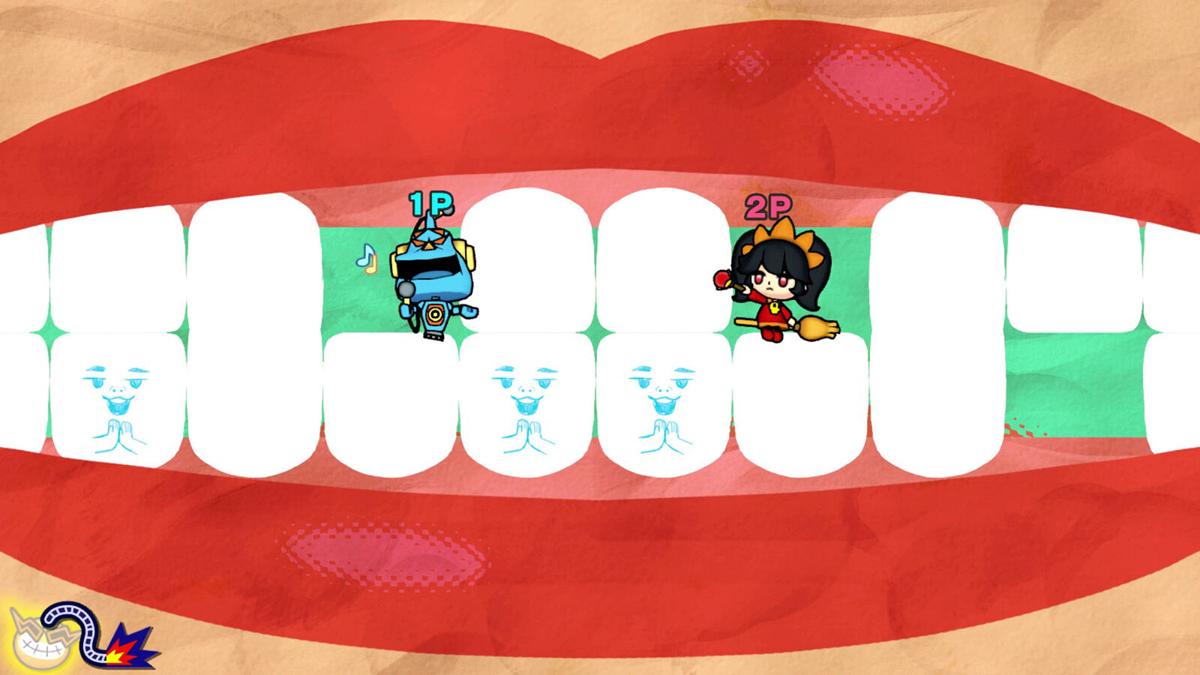 The party games of “WarioWare: Get It Together!” are perfect for our late-pandemic era. Nintendo/TNS 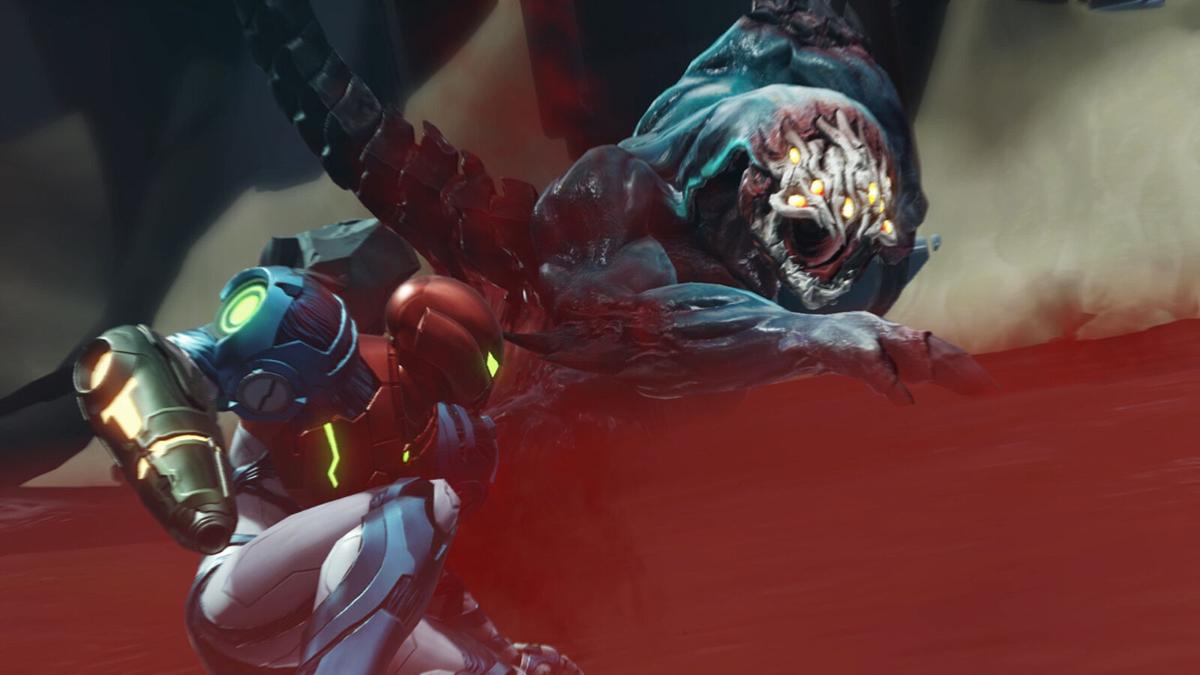 Cole Vahn sneaks up on enemies at an arcade in “Deathloop.” Bethesda Softworks/TNS

The party games of “WarioWare: Get It Together!” are perfect for our late-pandemic era. Nintendo/TNS

A musical game that explores the more psychedelic aspects of the medium, merging the anything-goes mashups of video game animation with the hallucinatory guitar riffs of yore. While “The Artful Escape” promises to turn movement into music, think of this work as a search for identity, imagining how someone like David Bowie creates Ziggy Stardust. There’s folk music, but there are also aliens.

“Deathloop” has style. With an aesthetic inspired by the art of the late 1960s and early ‘70s, “Deathloop” looks on the surface like some alternate-reality take on James Bond. “Groundhog Day” is maybe the more apt reference since players are trapped in a time loop. But in this game from the studio behind “Dishonored,” solving a murder won’t be easy and will come with lots of gunplay. There’s only one other character aware of the looping universe: an assassin out to ruin the player’s plans.

“Lake” is the video game fantasy at its most relatable: Quit your stressful but successful career and relocate to a small town for a more relaxed place. In “Lake,” we play a woman who does just that, trading in a tech career for a job as a mail carrier in Oregon. It’s up to the player to decide if it’s a step forward or backward for Meredith Weiss, the 40-something protagonist hoping for more out of life, but “Lake” hopes to raise thoughtful questions about all of our relationships with our professions.

The “Life Is Strange” series has become one of the closest things the video game medium has to a recurring soap opera. While each entry brings new characters and storylines, the games often explore social and cultural dynamics with more than a tinge of melancholy. “True Colors” looks to continue that as we play the character of Alex Chen, who uses her supernatural abilities — the ability to see into and manipulate others’ minds — to try to solve the mystery of what happened to her brother.

Adventurous developer Zoink (“Fe”) returns with a Gothic, Tim Burton-inspired fairy tale with “Lost in Random,” in which a young girl and a walking pair of dice go on a quest to rescue her sister. Along the way they meet all sorts of perilous characters, many of them looking like they belong in Disneyland’s Haunted Mansion — this game isn’t out to scare so much as it is to delight. There’s even an underlying warm message about learning to embrace that which is out of our control.

6. ‘Marvel’s Guardians of the Galaxy’

Like Square Enix’s take on “The Avengers,” “Marvel’s Guardians of the Galaxy” is an original story with its own voice cast. Here, you play Star-Lord/Peter Quill in a game that has us acting as a sort of quarterback to the group of misfits that is the Guardians of the Galaxy. Groot, Rocket and the others are all here, so expect plenty of sarcasm and puns amid the brightly lit, intergalactic action. Developers promise a lighthearted tone about the families we choose.

“Metroid Dread” may be more old-school in approach than the fancy, modernized take on the “Metroid” franchise that fans have been waiting for, but when it comes to 2D games one doesn’t doubt Nintendo. In “Dread,” hero Samus Aran faces some deadly robots — and if early previews are any indication, expect a somewhat horror-tinged take on “Metroid” that will be best played with the lights on. Foes look vicious, sound effects are piercing and all told this take on the action series looks eerie and awfully challenging.

Music evokes memories. The sound of a familiar chord can whisk our imaginations instantly to somewhere enchanting or a time we’re glad we mostly forgot. “A Musical Story” plays with this idea, a wordless rhythm game set amid in a 1970s backdrop, where only by uncovering songs and musical notes do the animated vignettes unfold before us. As we keep time to the beat, a narrative that doesn’t shy away from serious topics — love, addiction — is revealed, but all of it in the faded, dreamy colors of a ‘70s rock poster.

Much was made of the low ratings for this year’s Olympic Games in Tokyo. Could it have been a lack of avian action sporting events? OK, probably not, but expect “Skatebird” to charm. We play as a little bird with some big ideas on friendship, and while we learn new tricks and moves we unlock new parks and gain a flock of a following. If you’re wondering why a creature with wings would want to be tethered to a board, that just means you’re in need of a reminder that skating is a way of life, even for a bird.

Is someone’s nose running? Or is a mermaid crying? Why are we trying to spill someone’s ice cream? Is it really necessary to race to work in the morning? “WarioWare” is full of questions that probably shouldn’t be answered, as the game is stuffed with nonsensical challenges that are purposefully outrageous. More important, “WarioWare” games are designed to get you and your friends acting completely silly. Competition is rarely this beautifully absurd.