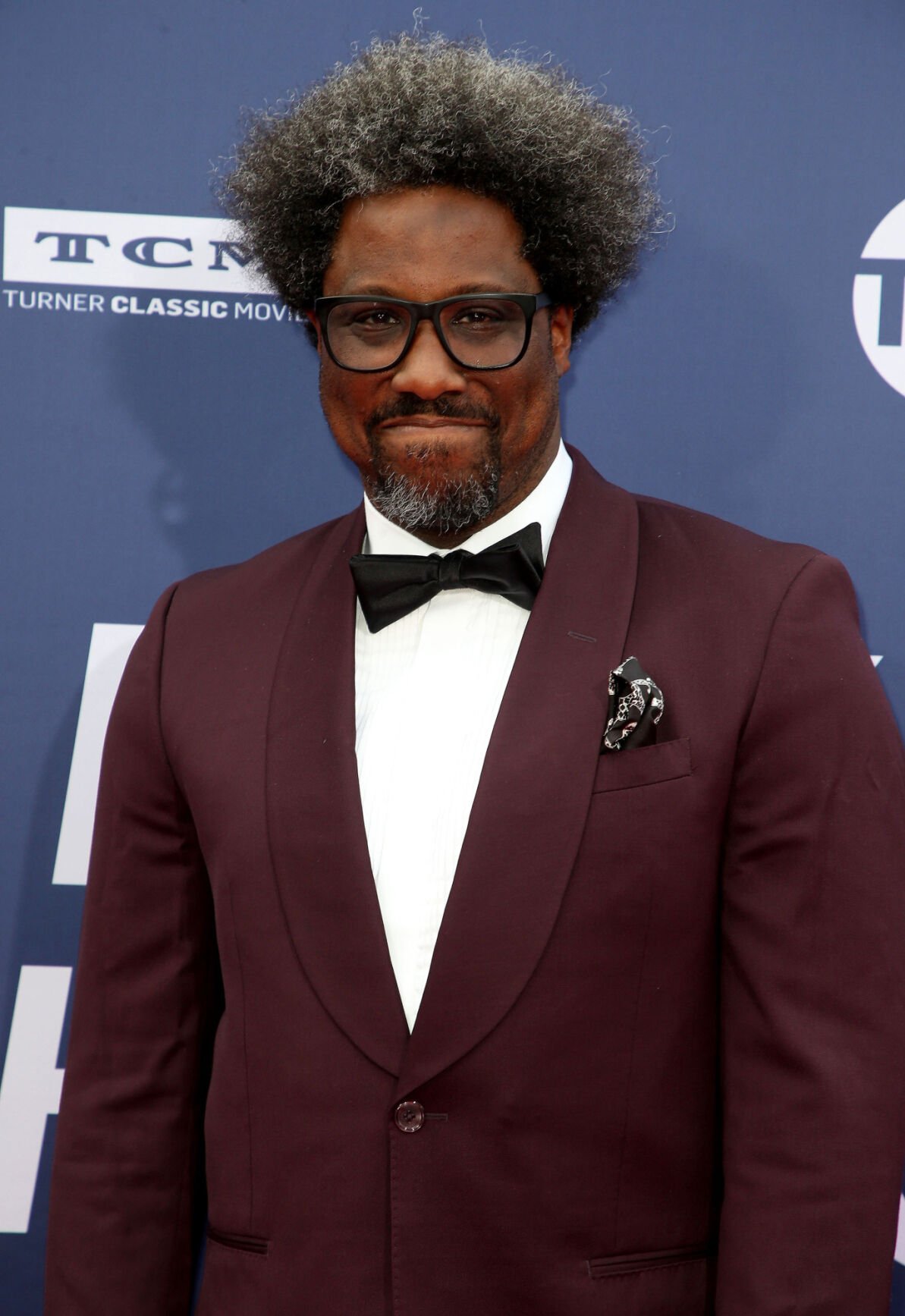 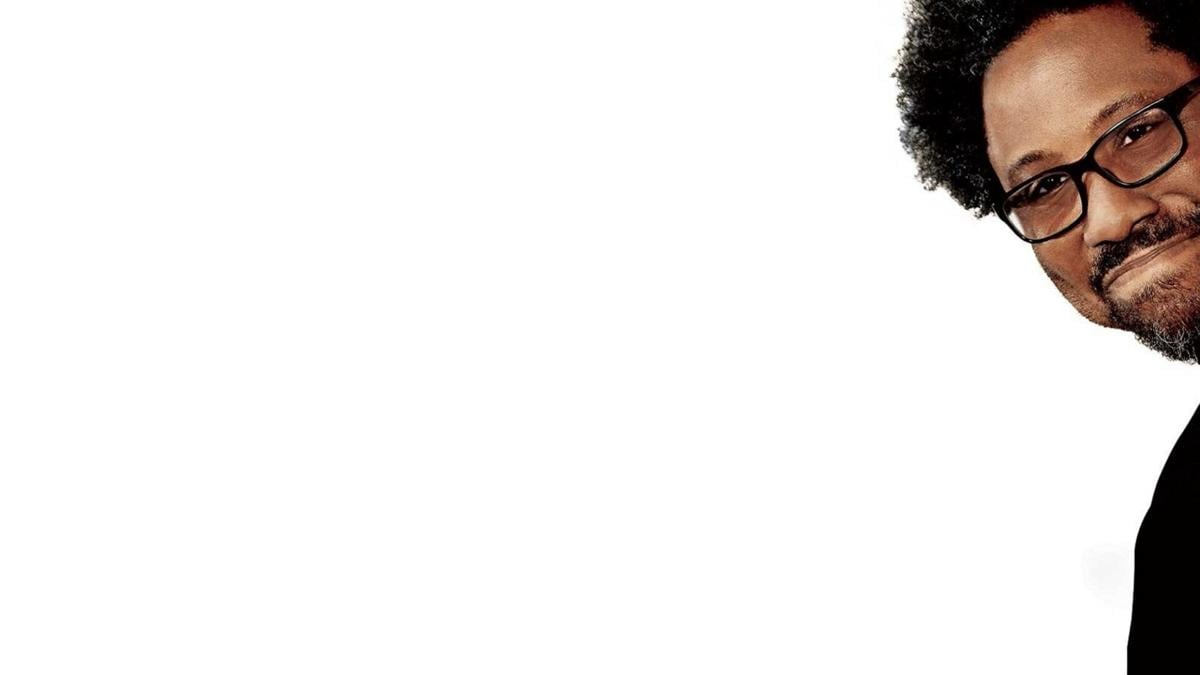 Sociopolitical comedian W. Kamau Bell says his cable TV series, “The United Shades of America,” is a place for “difficult conversations.” So it’s no wonder he believes the program is more vital than ever.

As the Emmy-winning series prepares to launch a fifth season on CNN tonight, protests and debates over racial injustices and defects in American democracy are happening all over a polarized nation. In his role as “United Shades” host, Bell’s mission is to explore communities across the country and get a feel for the challenges they face.

Along the way, he has shown a willingness to step outside his comfort zone — as a Season 1 get-together with members of the Ku Klux Klan proves.

In Sunday’s standout premiere, Bell examines white supremacy and systemic racism through the lens of Pittsburgh and its local Black leaders and activists. He also visits with the rabbi of the Tree of Life synagogue where 11 worshippers were gunned down in 2018 by a white supremacist. Among his interview subjects are CNN correspondent Sara Sidner, who reports extensively on America’s racial divide, and his mother Janet Cheatham Bell, a scholar and author who once worked in the African and Afro-American Studies Program at Stanford.

Q: “United Shades” usually debuts near the end of April. With all the things that are happening, have you been antsy to get back on the air?

A: CNN is the network you turn to when you need to find out what’s going on — even if you don’t agree with it. I understood that they had to keep rolling with the news. So we were in limbo for a while and that’s OK.

Q: But now you’re ready to go and you’ve said you’re very proud of this first episode. Tell us why.

A: I’ve never worked on an episode for as long as this. We finished filming in February, but had to keep changing things as the news shifted. And because of COVID, we were all isolated and in separate cities. So it was a lot of hard work, and it was awkward, but we kept pushing to make it sharp and super-timely. ... Plus, we were able to get the ‘Mr. Rogers’ theme song in there!

Q: You’re also thrilled to be working with a new production company — Zero Point Zero Production, Inc., which did Anthony Bourdain’s show on CNN. Why the change?

A: I got to work with them when I did an episode with Tony in Kenya (2018), and I’ve always been impressed with their stuff. They’re the best people who do this type of television. They come from more of a documentary perspective than a reality TV perspective. Their shows feel more cinematic and artistic and I love that. With our show, I want you to learn something, and I also want you to go “Whoa!”

Q: Give us a cursory feel for Season 5. What can we expect?

A: When our show works well, it feels like we’re kind of predicting the future, even though we pitched the episodes months ago. And that’s what it feels like this season. We have an episode that looks at independent farming — a topic that has been discussed a lot about during the COVID pandemic. We also examine Black Wall Street and the idea of reparations — topics that gotten a lot of attention in the era of Black Lives Matter. And we have an episode on inequities in the public school system ... I wish these problems would be solved by the time the episodes air, but that doesn’t seem to happen.

Q: As you reflect on what has happened since the death of George Floyd, are you any more hopeful that positive change can occur?

A: It has been fascinating to see the kind of conversations that are happening in the national media, and among regular White people — not just Bay Area liberals. The fact that these conversations about systemic racism, police brutality and social injustice are out in the open makes me feel good. But I will only be really hopeful if we see things actually shift in the culture. And even if (Joe) Biden wins in November, there will still be lots of work to do. We’ll be able to take a breath, but then we have to get back to work. With Trump, there’s no taking a breath. You can’t even sleep.

I wish it didn’t take the death of George Floyd, and so many others, for people to see how broken the system is. But now that we have seen the problems, we all have to try to do more (to make repairs). We can’t just change our avatars on our Facebook pages.

Q: Many have pointed to the younger generation as a sign of hope, saying our youth will bring about change. But in your season opener, there’s a segment about certain websites that target disillusioned kids and normalize racism and homophobia. It’s pretty shocking.

A: If Martin Luther King was alive today, he would be 91. So you figure that a lot of people who hated him are still around. They’ve just learned to keep more quiet. Clearly, we still have kids being raised to be racists and that’s discouraging. Kids today are being fed more hate per pound (via social media) than any generation before them. ...

On the other hand, we counter (that segment) with one about an organization in Pittsburgh (1Hood Media) working with kids and showing them how to change the narrative. So there is good work being done by today’s youth and I get excited by that.

Q: How great was it to have your mom on in the opening episode?

A: It’s funny. Since we started, she’s been saying, “When am I going to be on the show?” It kind of became a running joke. It’s not like I want to start putting all my friends and relatives on the show. But she has some great things to say and I think a lot of people will be able to relate to her. Besides that, it gives viewers a feel for where I come from. This show doesn’t exist without her.

Q: Where do you stand on the whole tearing-down-the-statues controversy?

A: I actually don’t know if anyone deserves a statue — except, maybe, Bruce Lee (laughing). I’ve always thought it was weird that we build statues to people. It doesn’t make any sense to me — and it certainly doesn’t make sense to have statues of anyone who was engaged in the slave trade.

Plus, almost all of these statues are dedicated to White men. Where’s the Oprah statue we’ve wanted?

Q: Considering how awful 2020 has been — with the pandemic, the tragedies, etc. — is it getting more difficult to be funny?

A: No, not really. Some people may not think I’m funny, but that’s a different matter. ... I’m a comedian and humor is how I process the world. That’s how my brain works. If anything, it’s harder trying to keep up with all the things to be funny about.