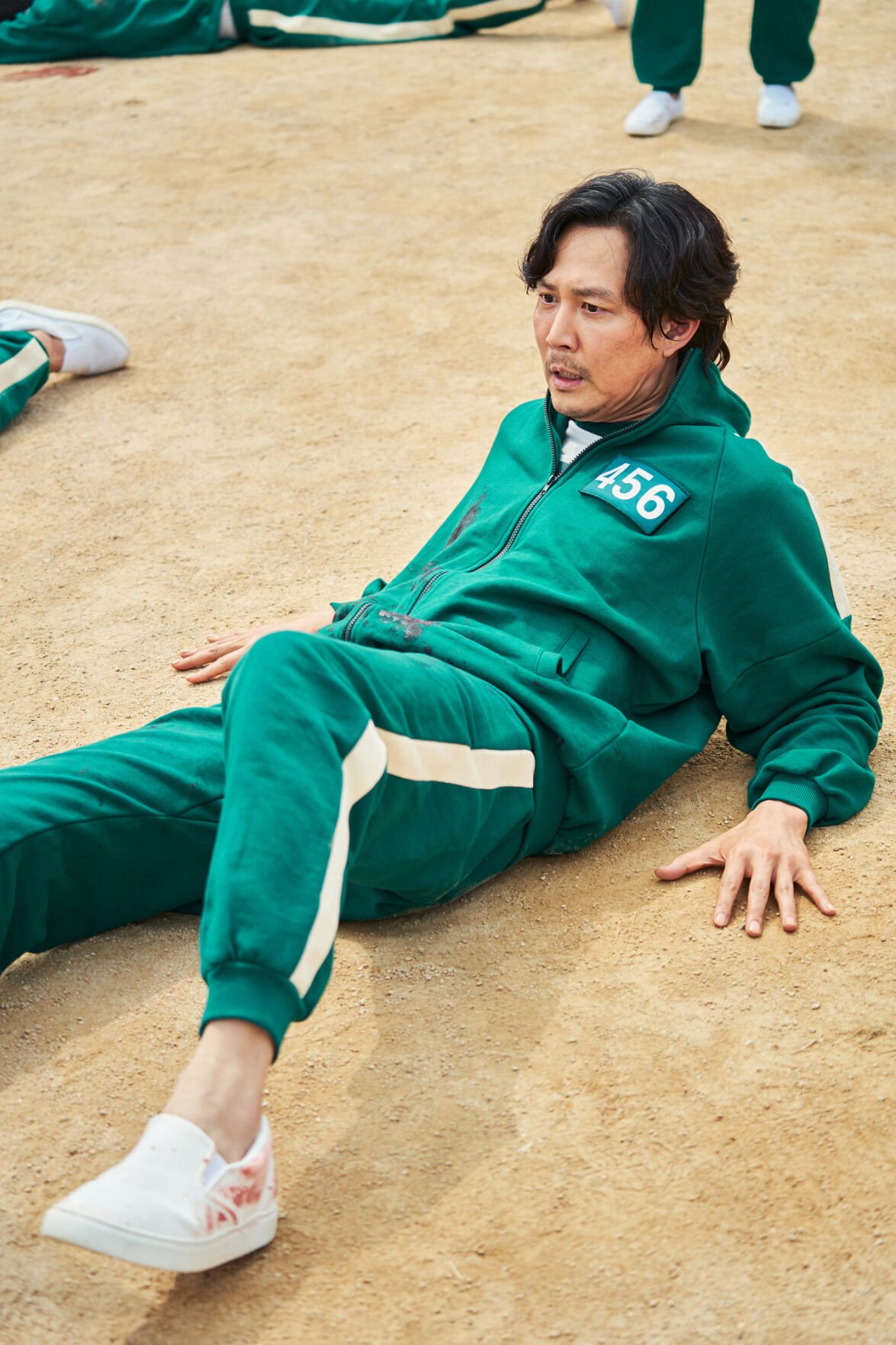 Lee Jung-jae (No. 456) is a man in a deadly competition in the Netflix drama “Squid Game.” (Youngkyu Park/Netflix/TNS) 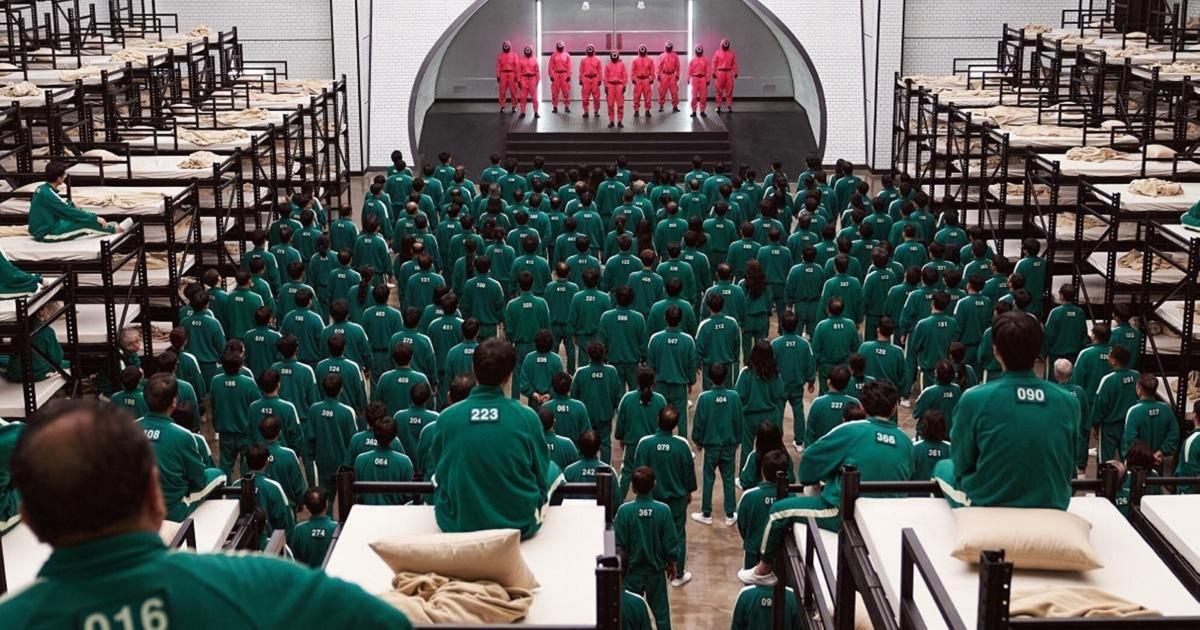 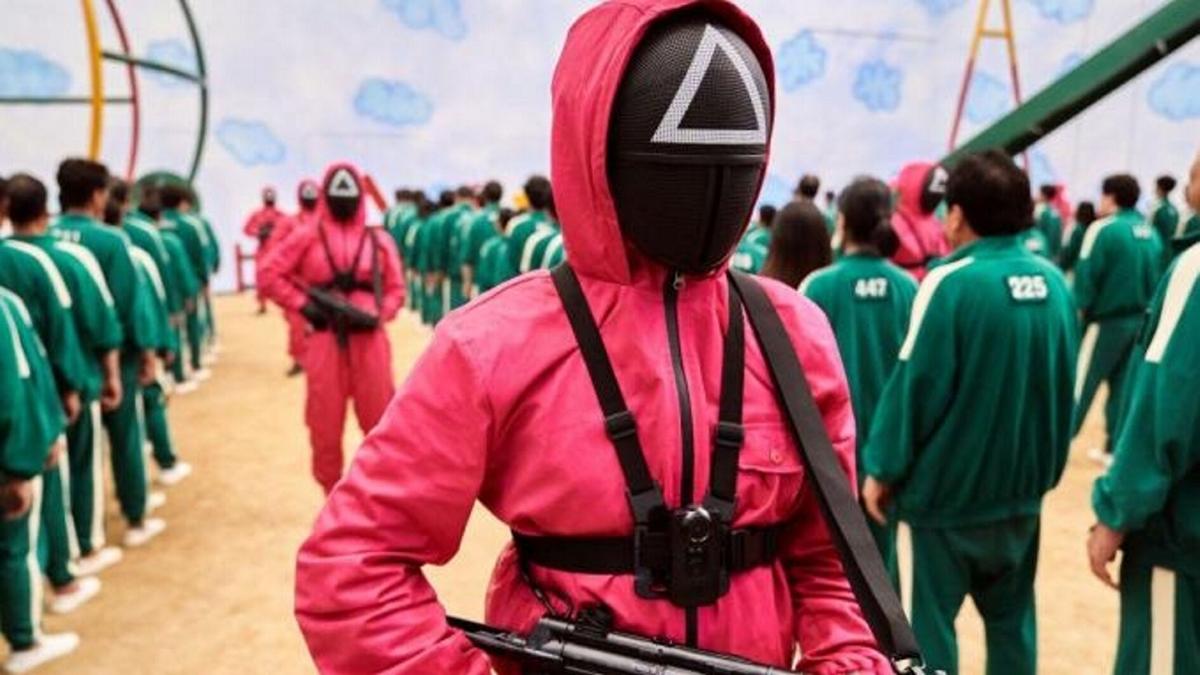 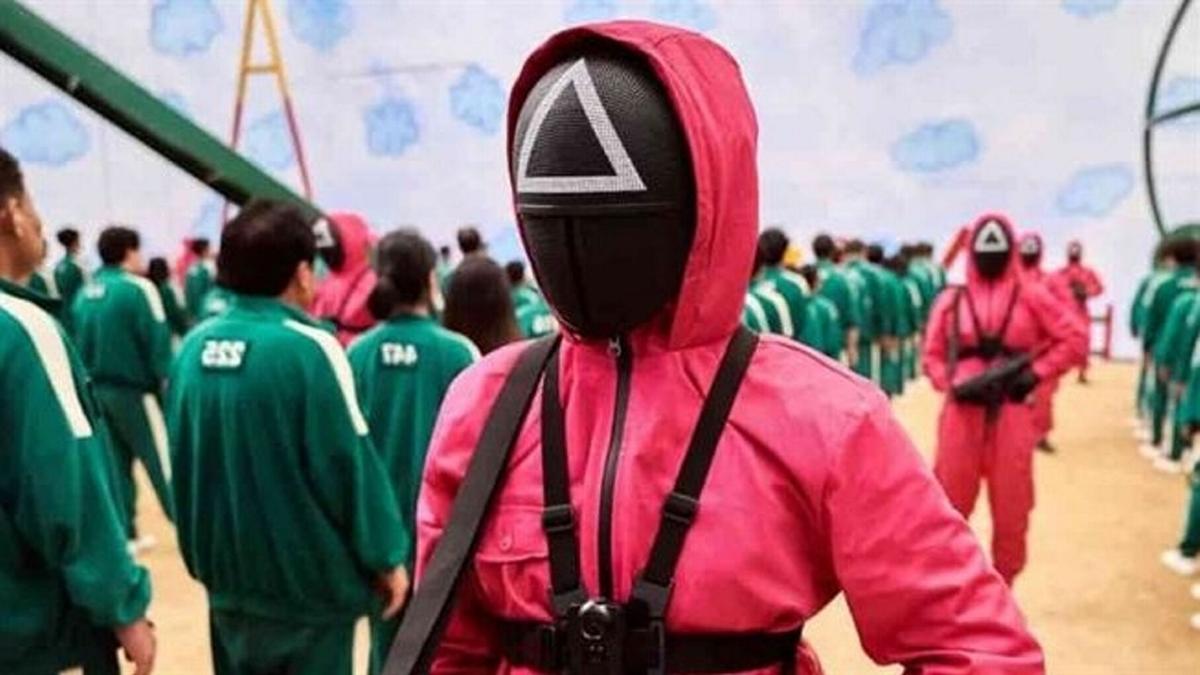 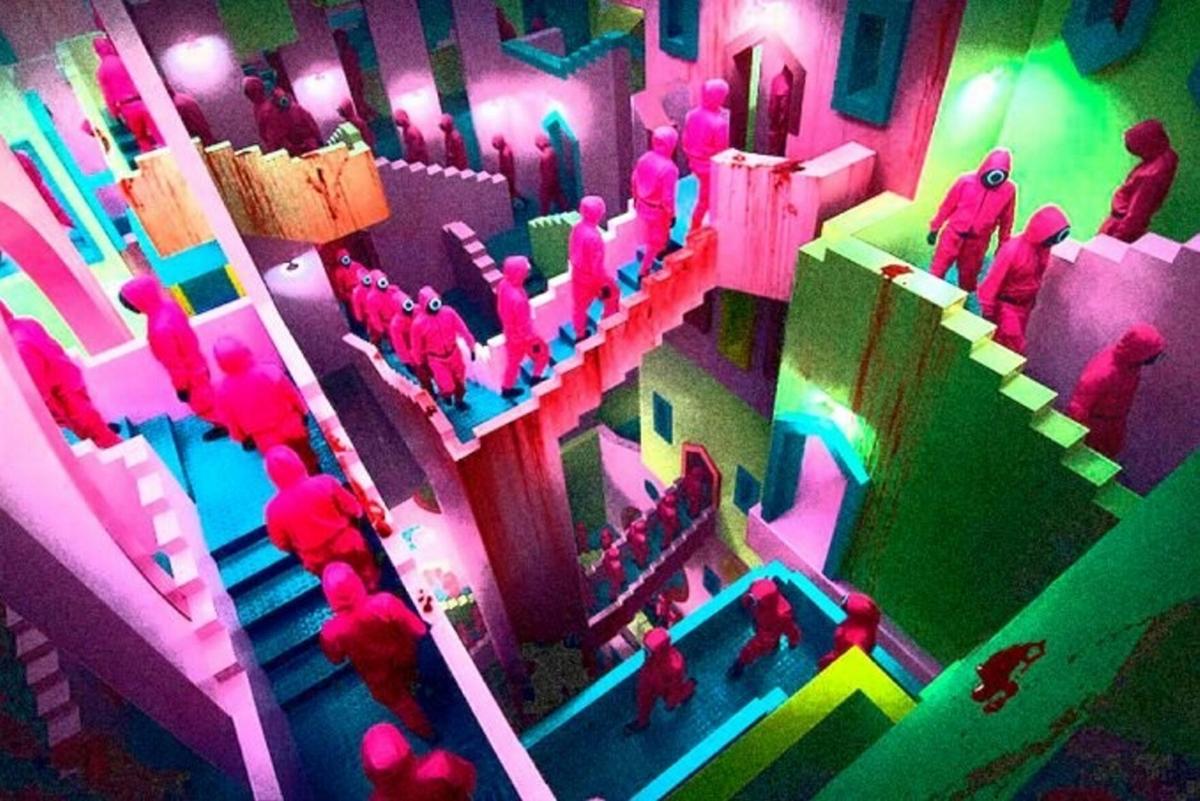 A scene from “Squid Game,” a series in which hundreds of cash-strapped players accept a strange invitation to compete in children’s games. Inside, a tempting prize awaits — with deadly high stakes. Netflix 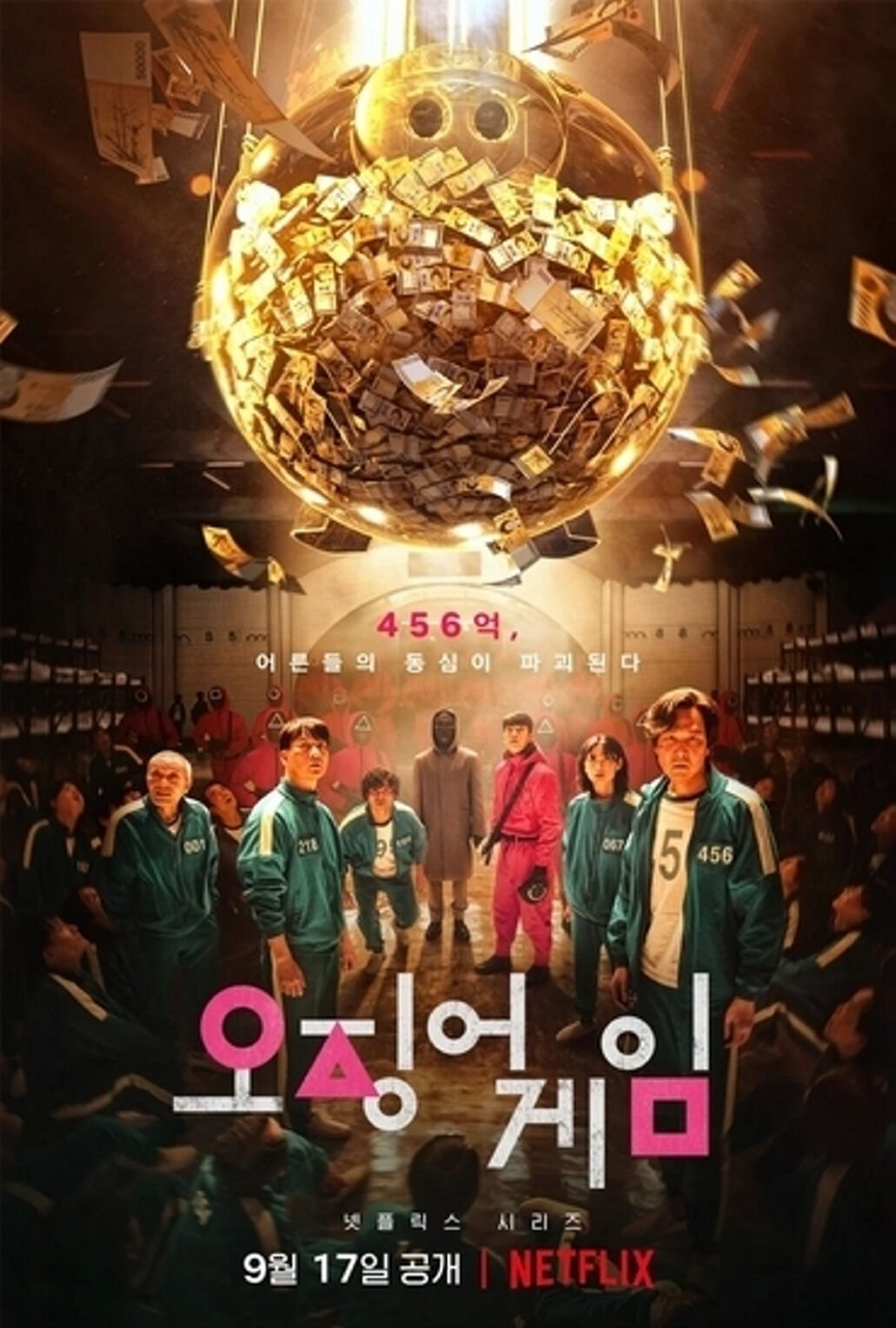 Lee Jung-jae (No. 456) is a man in a deadly competition in the Netflix drama “Squid Game.” (Youngkyu Park/Netflix/TNS)

A scene from “Squid Game,” a series in which hundreds of cash-strapped players accept a strange invitation to compete in children’s games. Inside, a tempting prize awaits — with deadly high stakes. Netflix

No squid were harmed in the making of “Squid Game,” or even appear in the nine-episode Korean series from Netflix that the streamer is cautiously predicting might be its most successful show ever. (It is hard to know exactly what that means, given the company’s famously secret metrics, but take it as read that it’s doing well.)

There are reasons, to be sure. Korean pop culture has become a global powerhouse; people everywhere are happy to open that door. It has suspense, an increasingly sympathetic lead, looks great and has been erected on a time-tested plot structure, with more than a little heart to offset a sadistic premise you are invited to find repellent and attractive at the same time. It’s a little sad but not at all surprising to consider that this is what global humanity wants to watch — at least for the couple of minutes Netflix reportedly accounts a viewing — but then again it is not far outside the moral universe of your average modern-day superhero flick. Which also makes me sad.

Technically, some minor spoilers may follow here, but on the other hand, this genre is well established enough that, unless you have the cultural memory of goldfish, you can extrapolate from the first episode much of what occurs in the following eight. It’s clear from the beginning that we will be revisiting the old theme of the powerful rich exploiting the powerless poor for their twisted amusement, along with the familiar conceit of games that leave the losers dead, which go back to the old Roman epics, through TV’s “The Avengers,” “The Hunger Games” and a zillion other works of imaginative fiction.

Seong Gi-hun (Lee Jung-jae) is in debt all over town, divorced with a daughter he loves and repeatedly fails, and living with an aged, ailing mother who would like him to get his act together. Nearing 50, he is an irresponsible child who somehow believes that his typically bad luck will turn good betting on horses.

One not very fine day he is approached by a well-dressed man on a subway platform who engages him in a game of chance — if he wins, he gets money; if he loses, he gets slapped — and leaves him with a card which leads to an invitation to participate in a more serious competition. After something like the opening of “The Prisoner,” he finds himself in a remote, unknown location, in a giant dormitory along with 455 other poor suckers who have also agreed to participate in six games — children’s games with, it soon transpires, a bloody twist, of which the titular Squid Game is one. Whoever’s left standing when the fun is done takes home a giant pot of money.

Writer-director Hwang Dong-hyuk, whose film career is marked by its variety, does not have a history with genre pieces, and there is some serious exploration of social and character dynamics in between sequences of mass carnage and gladiatorial combat.

As these things go, “Squid Game” is fairly thoughtful, and the fact that there is no sexual component to the violence is something in its favor. Some themes will obviously have special resonance for Korean viewers: one character, Kang Sae-byeoka (HoYeon Jung), is a North Korean defector trying to get money to bring her mother south.

But the players’ stories are all relatable across borders, and the central characters are well developed enough that you have some investment in their fate; Lee and HoYeon do especially well at peeling away layers of caricature to find the people within, even as extras fall dead around them while explosive squibs squirt blood from their chest or head.

MPAA rating: TV-MA (may be unsuitable for children under the age of 17)

Where to watch: All nine episodes are available to stream on Netflix