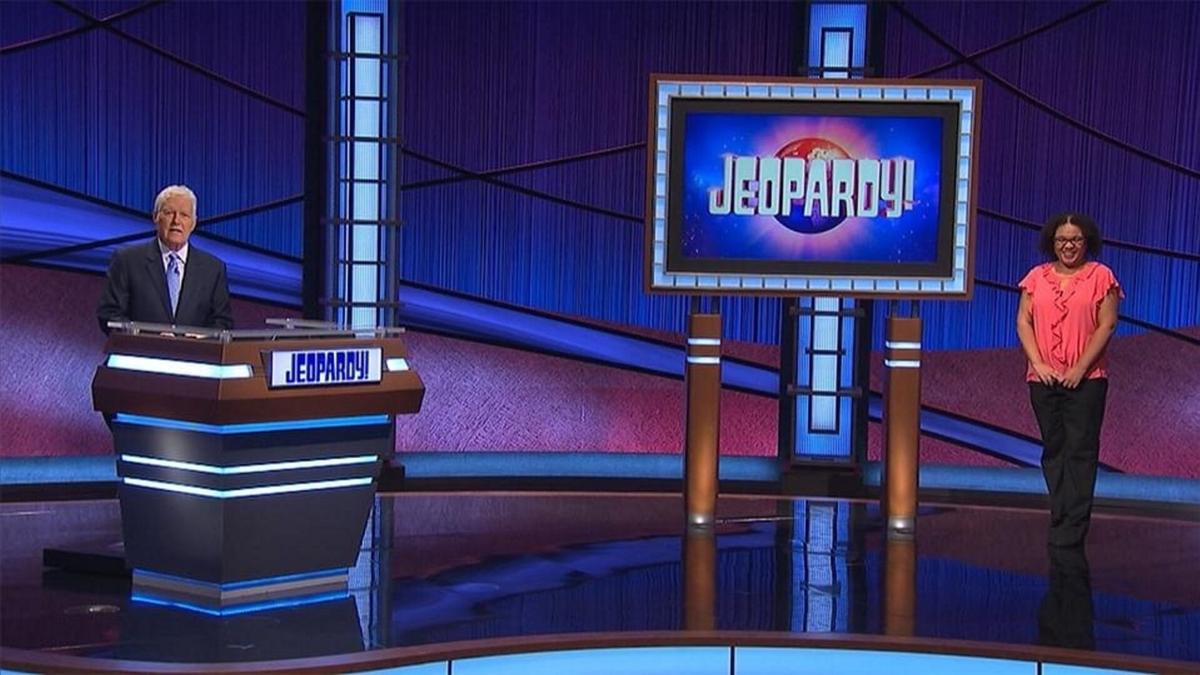 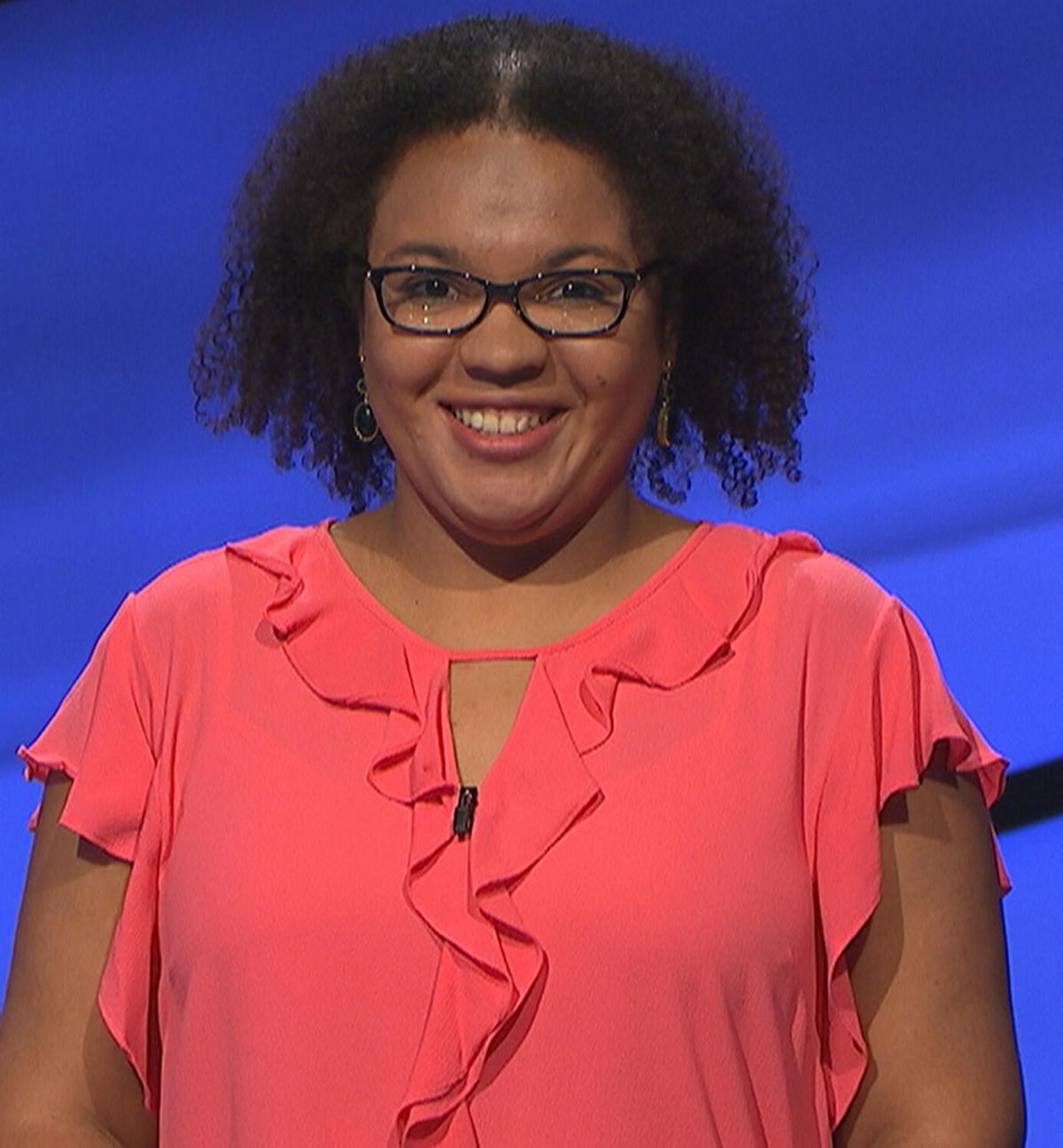 Deanna L. Bolio developed a love of “Jeopardy!” as a young child, regularly tuning in to the game show with her grandmother, Helen L. Coney, 90, of LaFargeville.

“My grandmother and I would talk about different episodes,” Ms. Bolio said.

But her wish to actually be a contestant on the show finally met with success this year following a couple auditions and online quizzes. Ms. Bolio is scheduled to be on Wednesday’s episode, which airs locally at 7 p.m. on WWNY-TV 7 News when, as usual, a returning champion and two challengers test their buzzer skills and their knowledge in a wide range of academic and popular categories.

Ms. Bolio, the daughter of Donna Coney Bolio, moved to California with family when she was a young girl in the late 1980s. Her older sister, Danielle, was crowned Miss California in 1998. Danielle attended Clayton Elementary School. An uncle, Jerry Coney, lives in Brownville. A grandfather, Bennie Coney Sr., LaFargeville, husband of Helen, died in 2002 at age 91.

Deanna, who was born in Watertown, lives in Campbell, Calif., in the San Francisco Bay area, and works in community outreach for a public transportation system.

“When they started doing the online tests you could take to try to become a contestant, I would take that test every year,” Ms. Bolio said in a phone interview. “Some years I passed, and some years I didn’t.”

The online tests, Ms. Bolio said, involve 50 questions in 50 categories. Potential contestants are given 15 seconds to provide an answer, the rapid pace negating any potential assistance from an online search for answers.

“They never really tell you what you scored,” Ms. Bolio said. “If you’re lucky enough, you’ll get an email for an audition.”

Ms. Bolio had an audition for the show in 2017, but she never heard back from producers.

“I had to start the process all over again, and I took the test again this year and that got another audition this summer and they called me and asked me if I wanted to be on the show,” Ms. Bolio said.

Her episode was taped on Wednesday, Sept. 9.

Grandmother Helen will be glued in front of the television tonight. She was asked what categories Deanna seemed to excel at as a young “Jeopardy!” fan watching with her in LaFargeville.

“She always liked sports,” Mrs. Bolio said. “She knew the players’ numbers on their shirts, she knew the names — everything!”

Ms. Bolio said the “Jeopardy!” experience was “nerve-wracking” at first.

“It didn’t feel real,” she said. “I was super nervous, holding on to the podium, trying to stop my legs from shaking. But once the game actually starts. it’s really exciting and goes by really fast. It doesn’t take too much longer to film an episode than to watch it. You’re answering questions, go to commercial, try to gather yourself and it comes back really quick.”

Ms. Bolio said she knew it was a special time for her to be on the show as 37-year host Alex Trebek was continuing to fight the pancreatic cancer he was diagnosed with in February of 2019. Mr. Trebek, 80, died on Nov. 8.

“I wanted to be on the show for such a long time,” Ms. Bolio said. “I remember hearing about Alex’s cancer diagnosis a year ago and thinking there probably wouldn’t be too many more episodes. The fact that he seemed to be doing well for such a long time, and then I got called, that made the experience even more unbelievable. Just getting to see him in person was really stunning. He was working hard and looking good in September.”

Viewers will have to tune in tonight to see how Ms. Bolio fared on the show. But she was able to study for her appearance.

“There’s no books or anything,” she said. “You’re just doing your own research. I spent a lot of time on Wikipedia and studying the presidents in order, reading summaries of Shakespeare plays and trying to remember characters.”

She added, “Just getting there was kind of a dream come true. Getting to be on that stage and seeing the questions was all part of a good experience. I was just happy to have it.”

And as for her grandmother, there is no question as to what creates success in life. Put it under the category of family for the woman with eight children and 19 grandchildren.

“I instilled goodness in all of my children,” Mrs. Coney said. “That worked more than anything.”