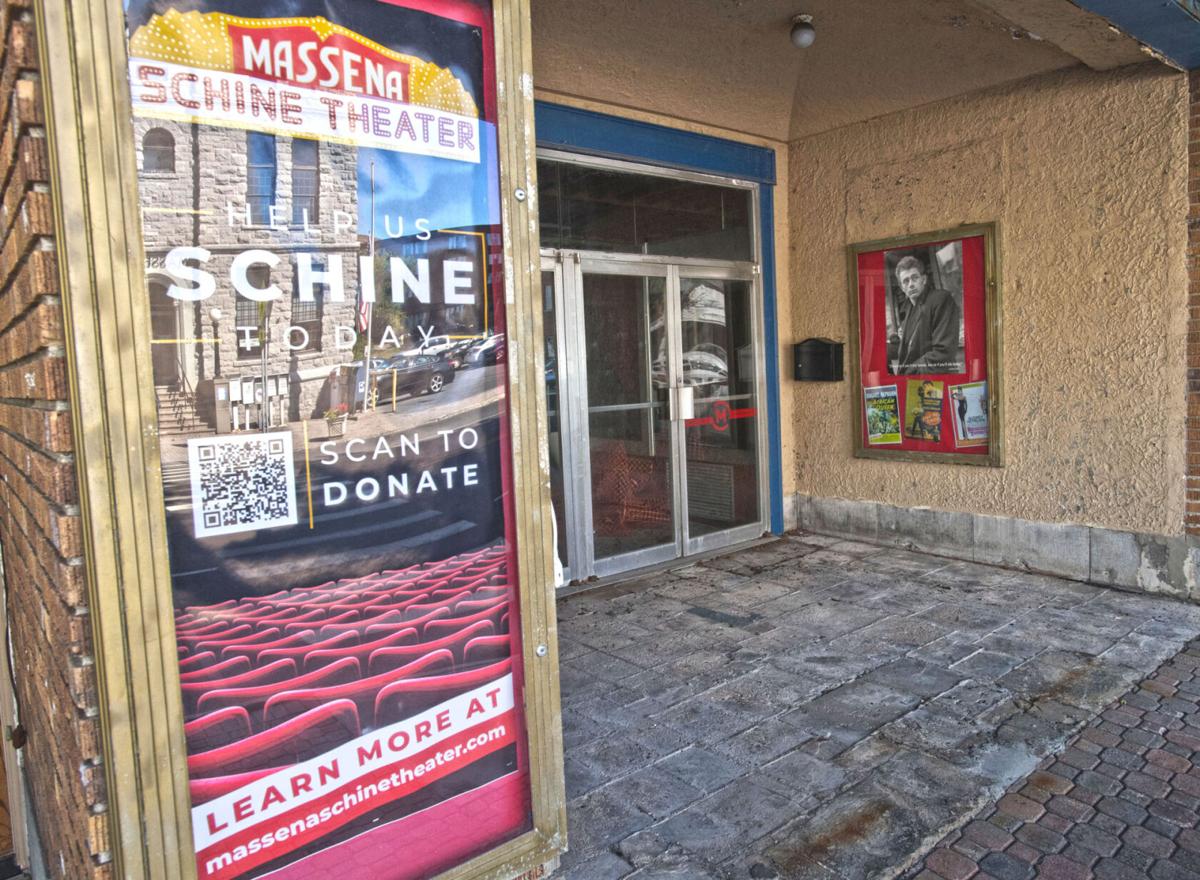 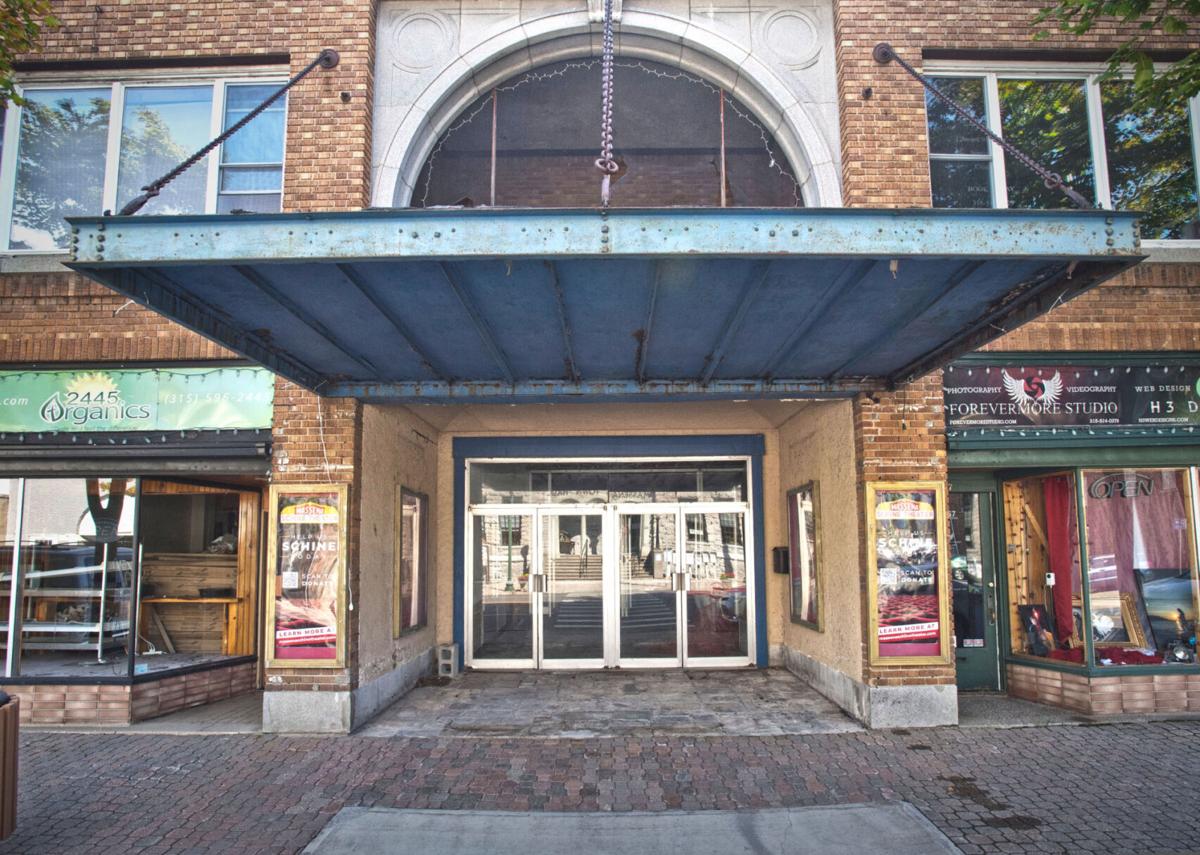 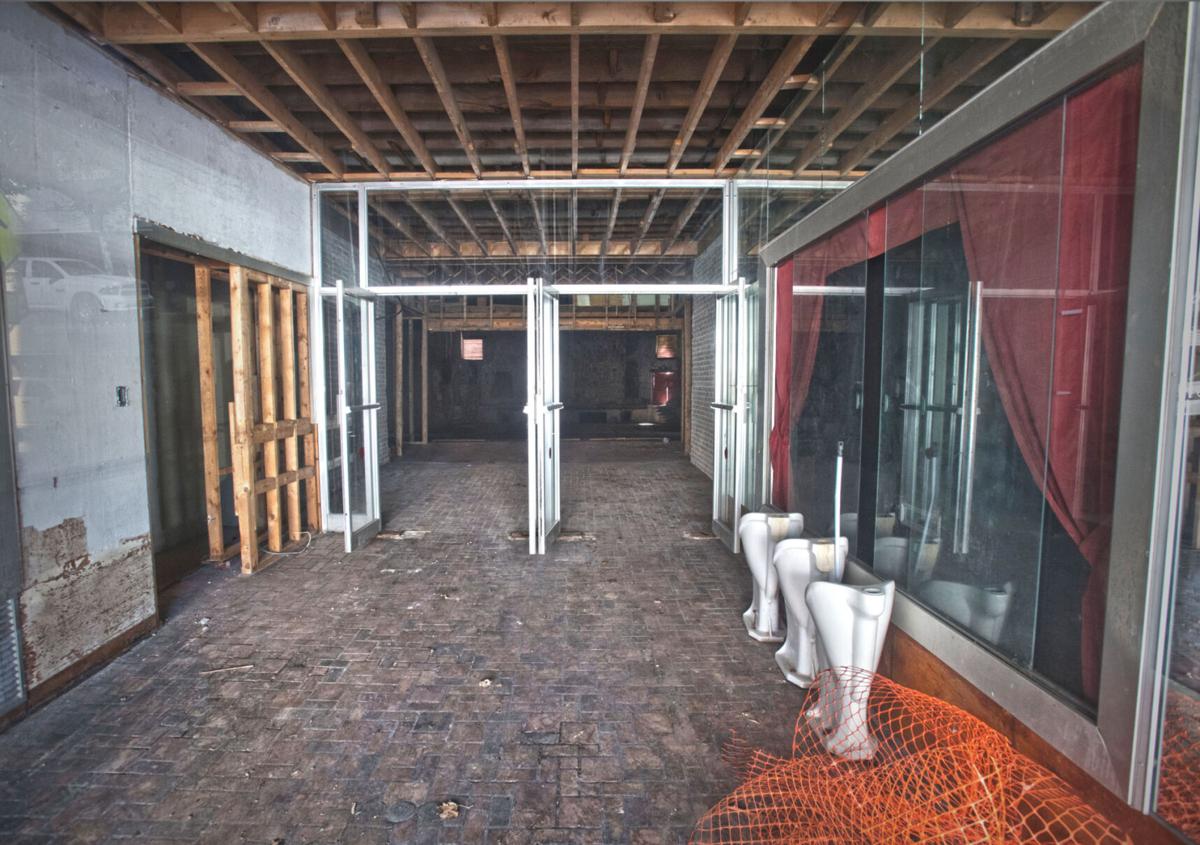 MASSENA — It may seem quiet on the outside, but work has been going on inside the former Schine Theater in downtown Massena.

James Murphy, executive director of the Business Development Corporation for a Greater Massena, said the current project is to undertake emergency repair, “basically to seal the building.”

“You can still see tiny little holes of light in the sunshine, which tells us it’s still in danger of being damaged by the elements,” Mr. Murphy said.

Grant funding has allowed them to move forward with some of the restorations, such as the one currently underway.

“The contract is supposed to end in July. We still have about $40,000 to $50,000, so we’re going to try to seek a little more time to finish that up,” he said, noting the work was on track until COVID-19 entered the picture.

Asbestos removal, which was made possible by grant funding, began at the end of last year.

“Everything is wiped down to the studs. It is amazing the job that has actually been done inside. People don’t have any idea of the extent of work that’s been done there,” he said.

Massena Arts and Theater Inc. became the official owner of the former Schine Theater in 2015. The group purchased the theater from MPG Development LLC for $95,000 in a property sale that was recorded June 2, 2015 in the St. Lawrence County clerk’s office.

The group had worked for more than two years to secure funding to purchase and renovate the historic downtown landmark at 65 Main St.

Since then, the volunteer nonprofit group has been working to raise money to restore the building and bring the entertainment venue back to life. The building had been vacant until it was purchased by the Massena Arts and Theater Association. While it was vacant, several problems developed, such as water damage, backed up drains and damage from having no heat.

The group’s goal is to restore the building, not just for movies, but also as a performing arts center.

More information on their efforts can be found at https://www.facebook.com/Massenaschinetheater/.