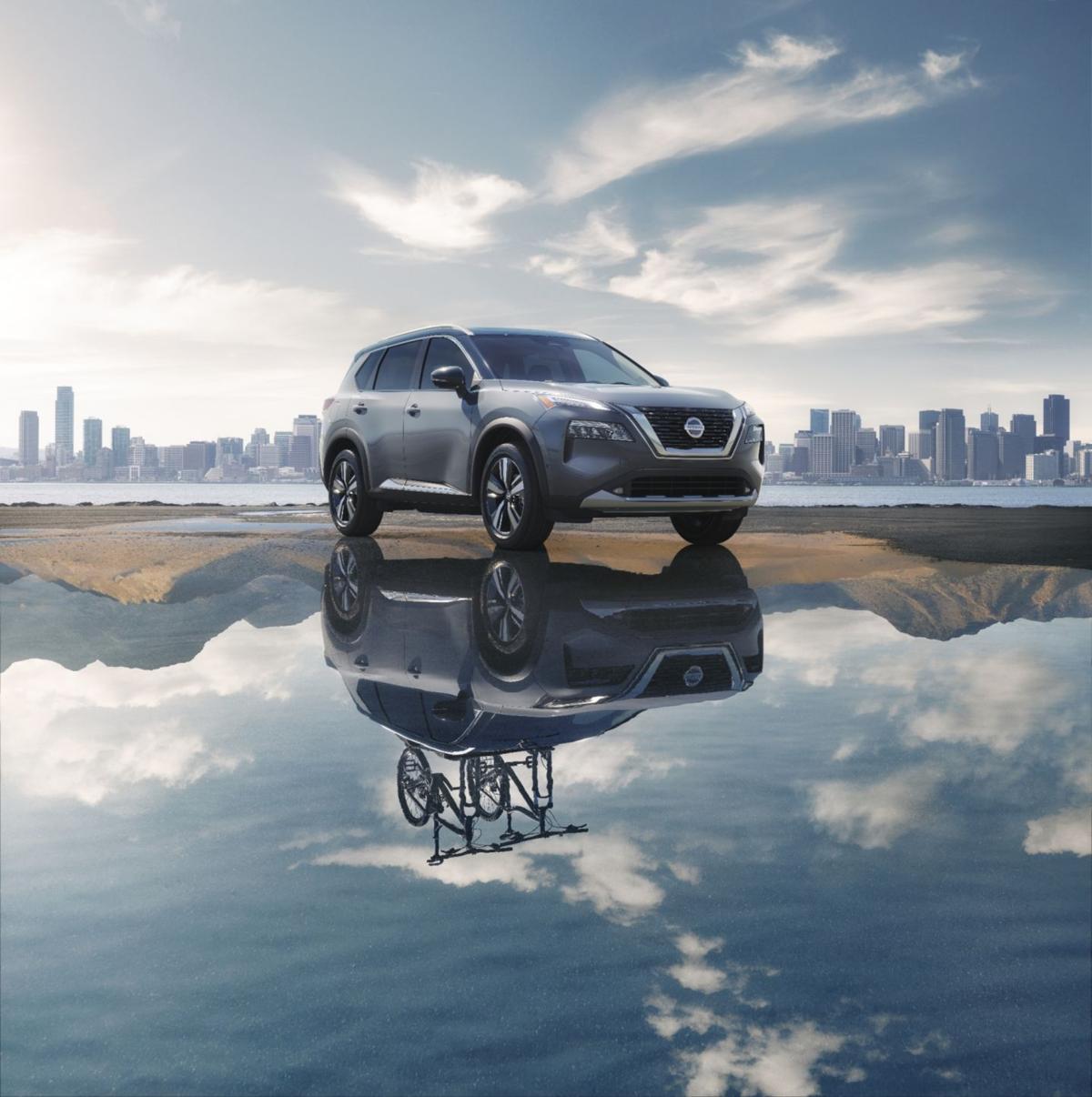 The 2021 Nissan Rogue gets a bit shorter and adopts a boxy new style. Nissan/TNS 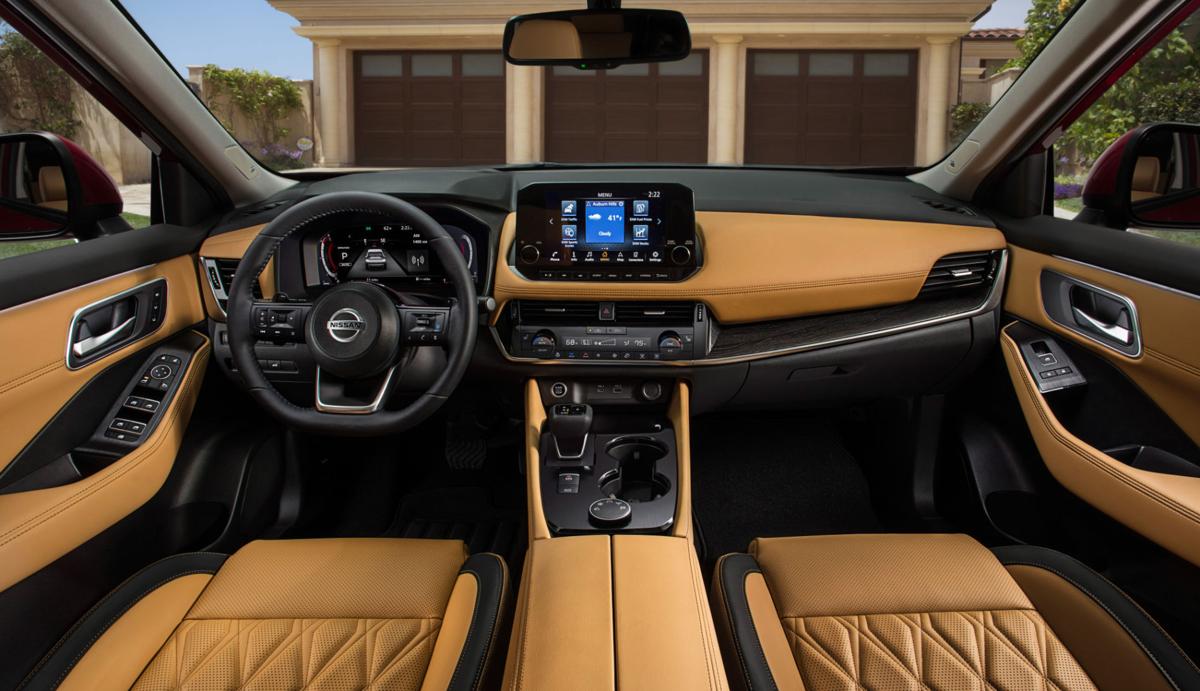 The interior of the 2021 Nissan Rogue. Nissan/TNS 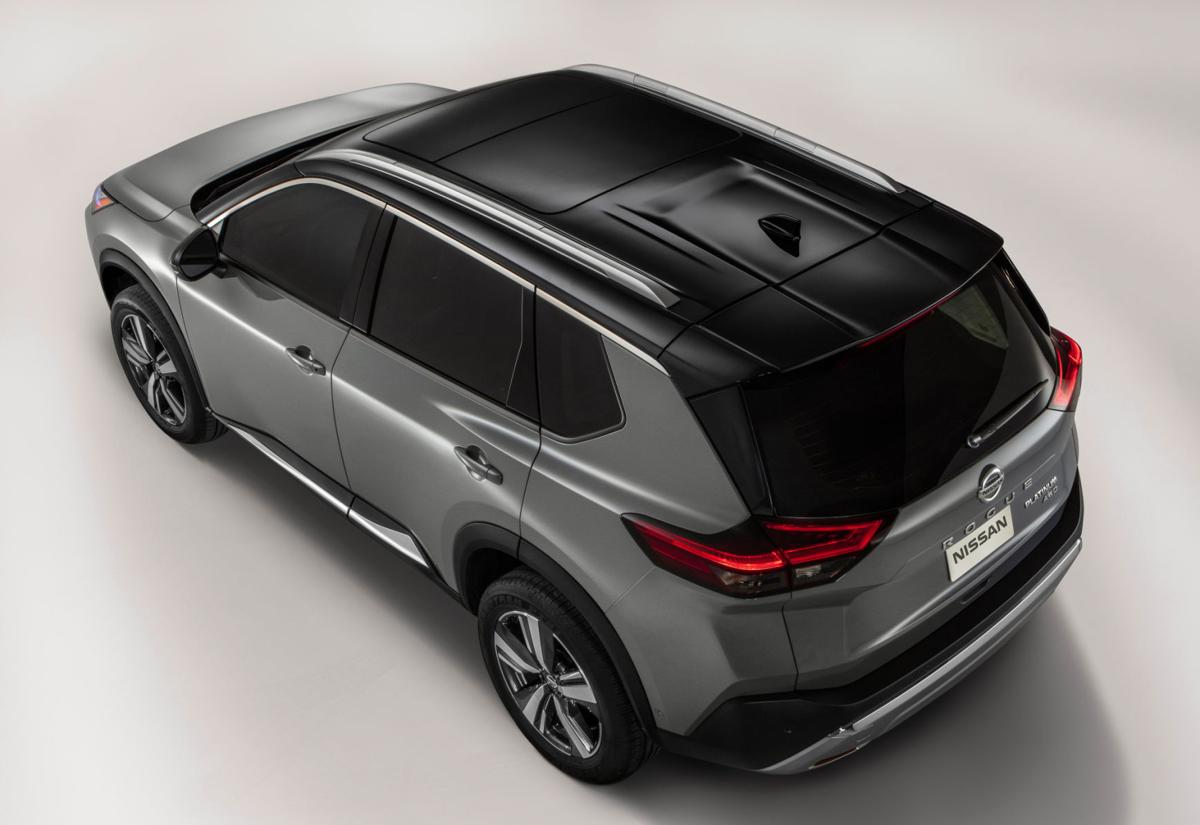 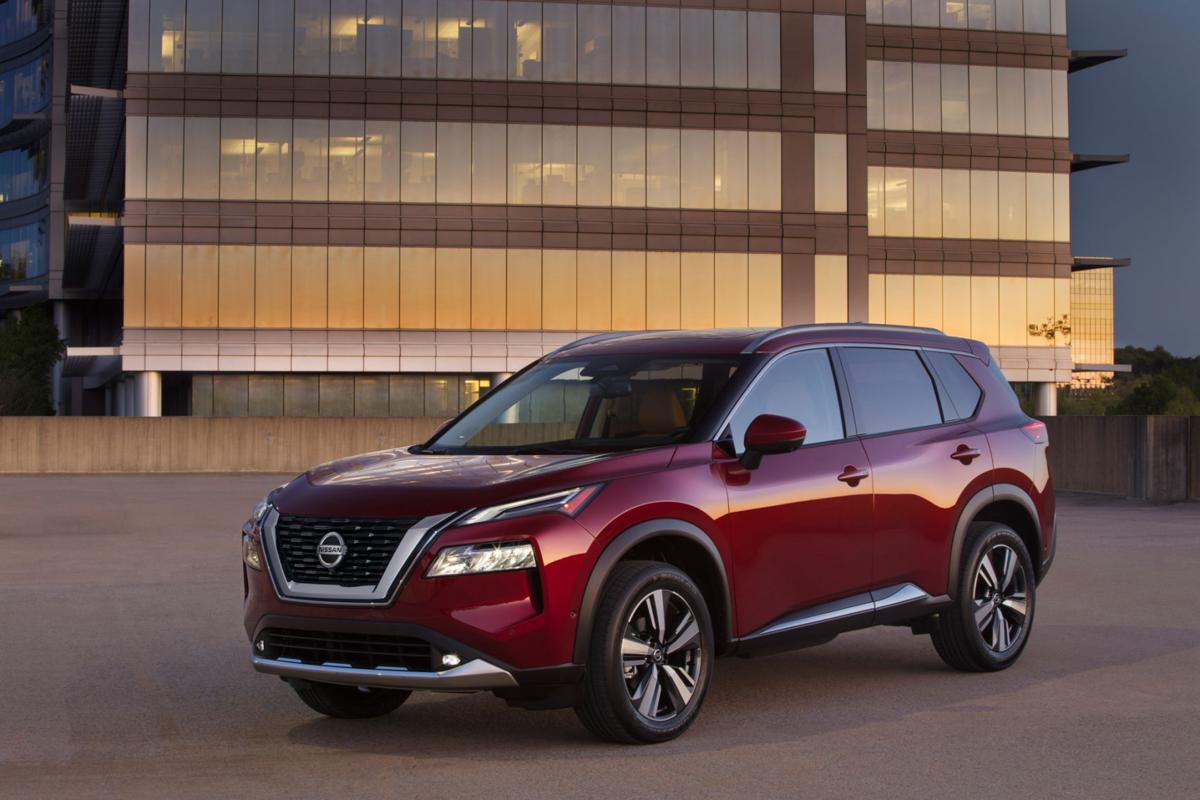 The 2021 Nissan Rogue gets a bit shorter and adopts a boxy new style. Nissan/TNS

The interior of the 2021 Nissan Rogue. Nissan/TNS

A new version of Nissan’s best-selling Rogue compact SUV goes on sale this fall with advanced new driver assistance features including adaptive cruise control that can slow the vehicle in anticipation of oncoming curves and exit ramps.

As it enters its third generation, the 2021 Rogue gets a bit shorter and adopts boxy new styling that’s a departure from the outgoing model, which was Nissan’s No. 1 seller and one of America’s leaders with 350,447 sales in 2019. The Rogue competes with SUVs like the Chevrolet Equinox, Ford Escape, Honda CR-V, Toyota RAV4 and VW Tiguan.

The new model gets an upright grille with Nissan’s signature V-shape chrome trim, a flat hood and blacked out pillars to create the impression of a floating roof.

The tail is squared off to preserve cargo space, despite the fact that the 2021 Rogue is 1.5 inches shorter and 0.2 inches less tall than the outgoing model. Prices, fuel economy and some other figures will be announced closer to when the 2021 Rogue goes on sale.

The family friendly features include a proximity sensitive key that can be programmed to open all doors when a front or rear handle is touched.

The rear doors open to nearly 90 degrees for easy access, particularly to child seats, which can be secured in any of the three rear seating positions. That means you can have a child seat in the middle, between two older children, conveniently installing the baby as a peacekeeper between rival siblings.

Three-zone climate control allows rear passengers to set their own temperature and fan speed, while intelligent remote start can heat or cool the rear seat before you strap the little ones in.

In addition to Apple CarPlay and Android Auto with smart phones plugged into USB ports, wireless CarPlay, which uses the vehicle’s Wi-Fi, is available. Wireless charging is also an available.

The cargo area features a mild jug-size bin by the wheel wells and a wider opening to accommodate large objects. A motion-sensing power tailgate is available.

Cruise control that can prevent tickets

Driver assistance features include navigation-linked adaptive cruise control and traffic sign recognition, which can be programmed to slow the vehicle from its set speed in response to signs for lower speed limits. The driver can override that — in inactive construction zones, for instance — or set the ACC to maintain the set speed regardless of signs.

The system can also reduce speed on demanding curves, highway interchanges or as it approaches a programmed exit. The navigation system works in concert with Nissan’s ProPilot system, which helps keep the Rogue centered in its lane, but requires the driver to have their hands on the steering wheel at all times.

The nav system offers both Google and Waze maps, and the ability to switch from one to the other with a spoken command.

Engine? Yeah, it has one

The Rogue is squarely aimed at family buyers, so there’s just one drivetrain a 181-horsepower 2.5L four-cylinder engine linked to a continuously variable automatic transmission. The engine and transmission both get tweaks for the new model, including new programming and reduced friction.

Front- and all-wheel drive are available. The AWD system gets a new electro-hydraulic clutch that responds to wheel slip and changing traction more quickly. AWD models get Vehicle Motion Control, which can apply the brake to any individual wheel if the steering angle, acceleration and braking indicate the Rogue isn’t going where the driver has it pointed.