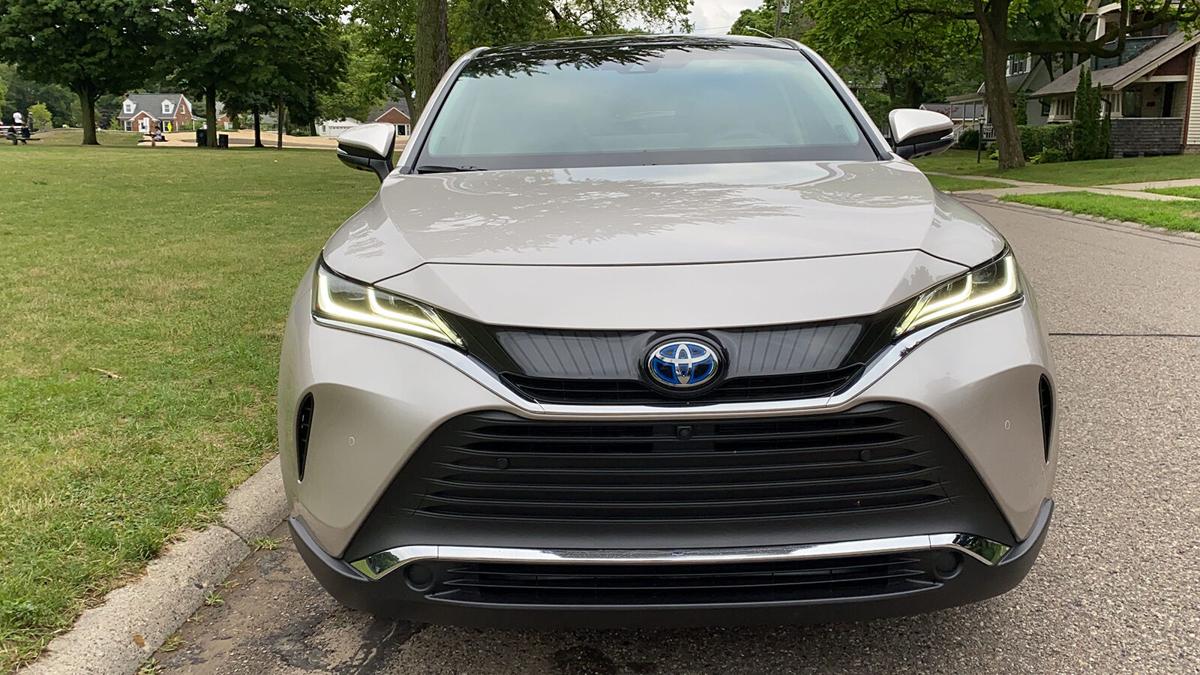 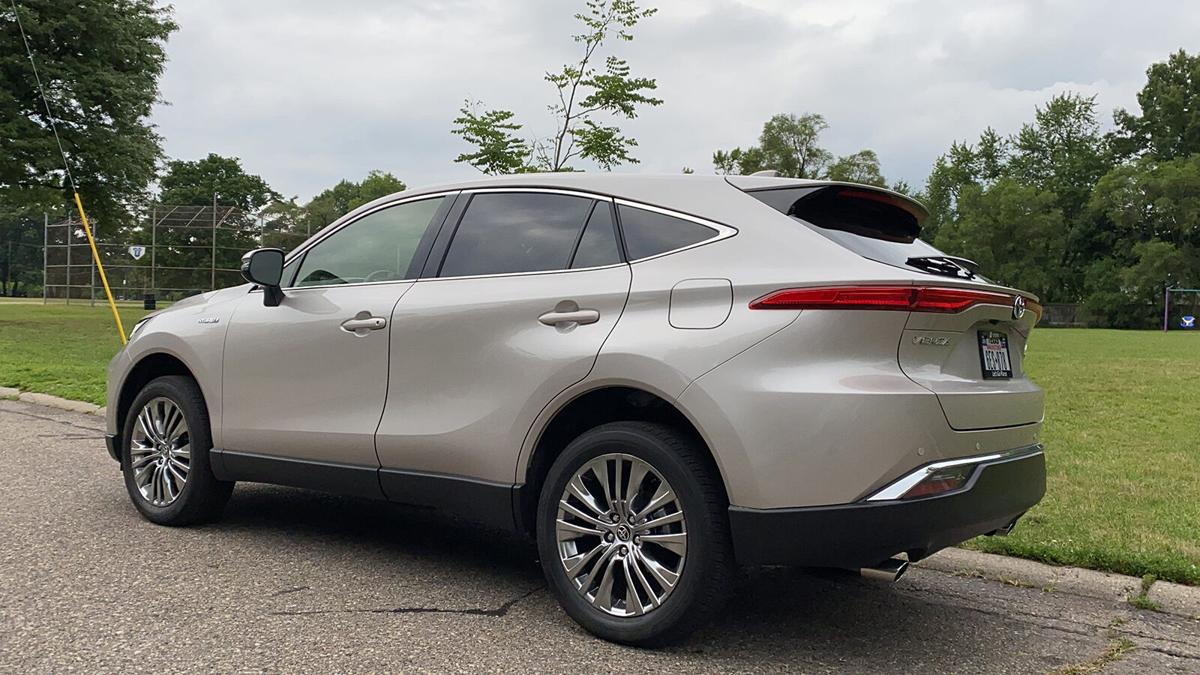 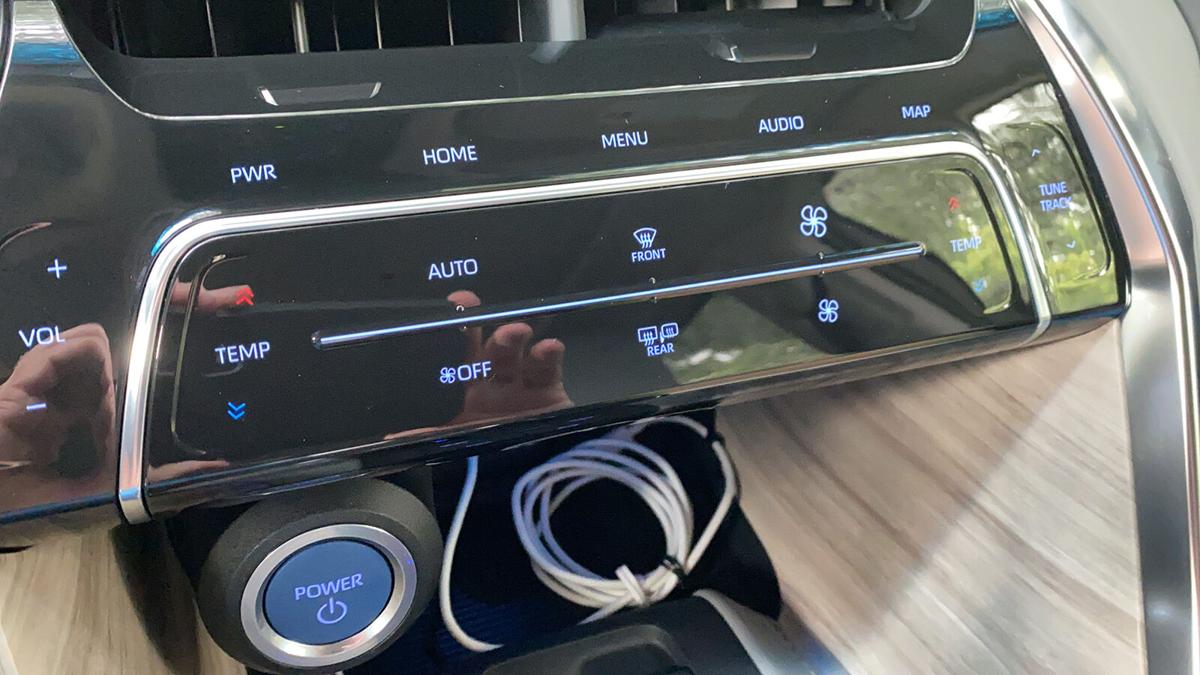 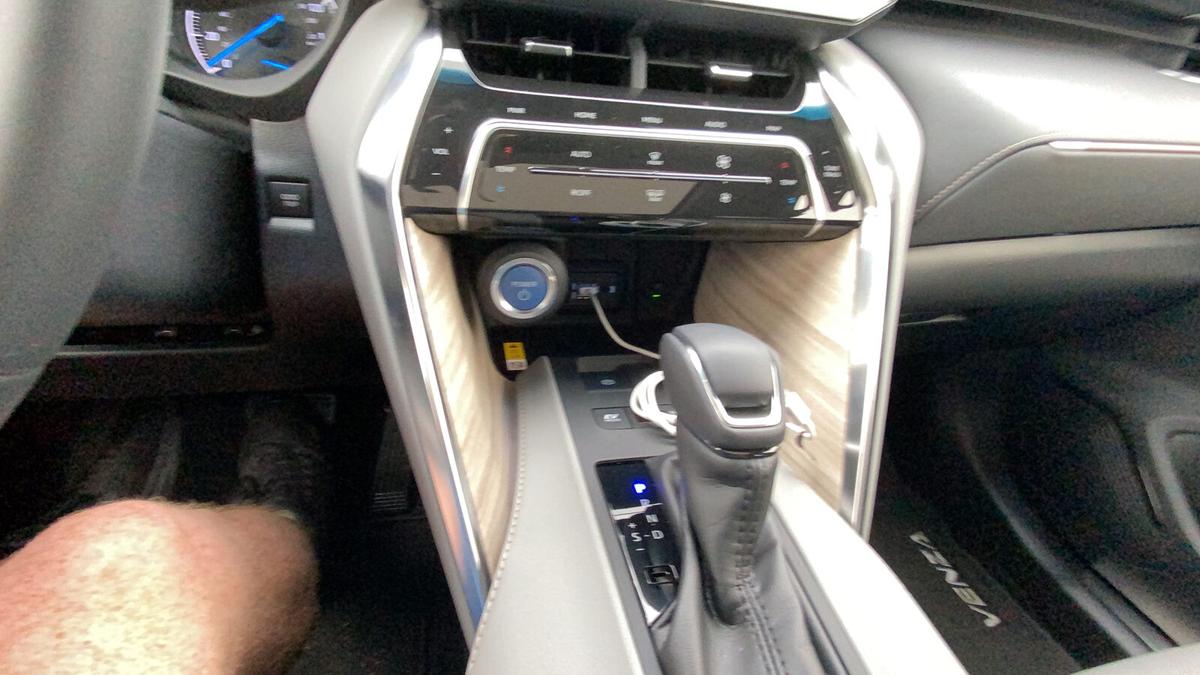 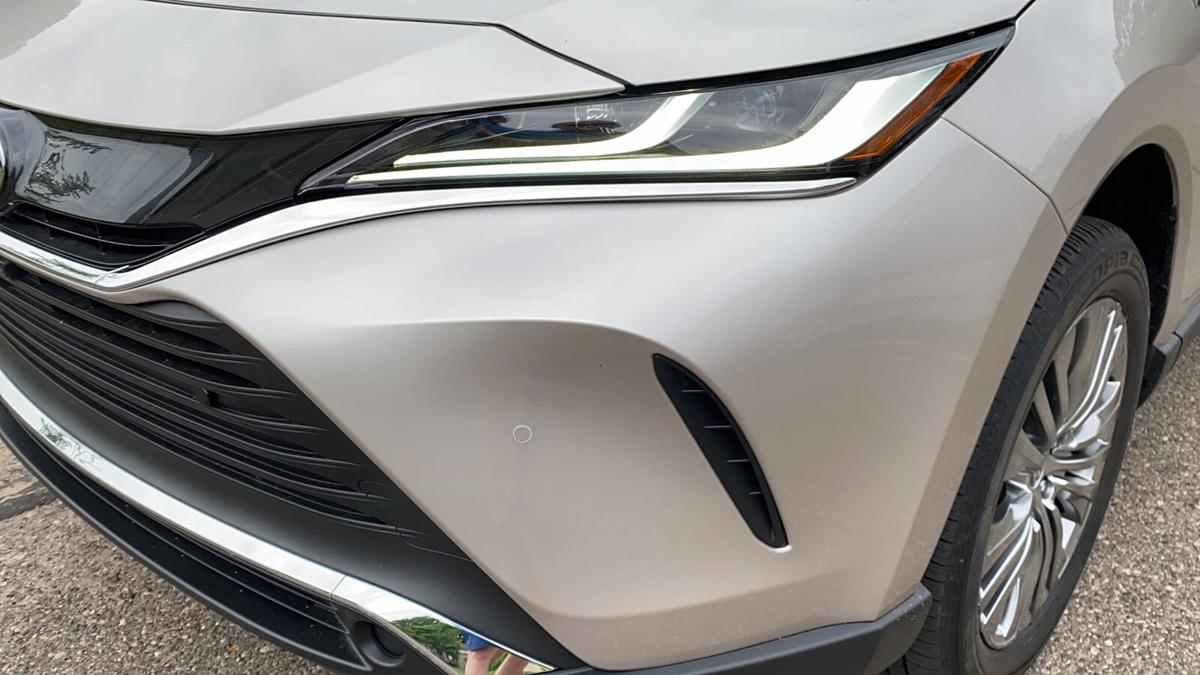 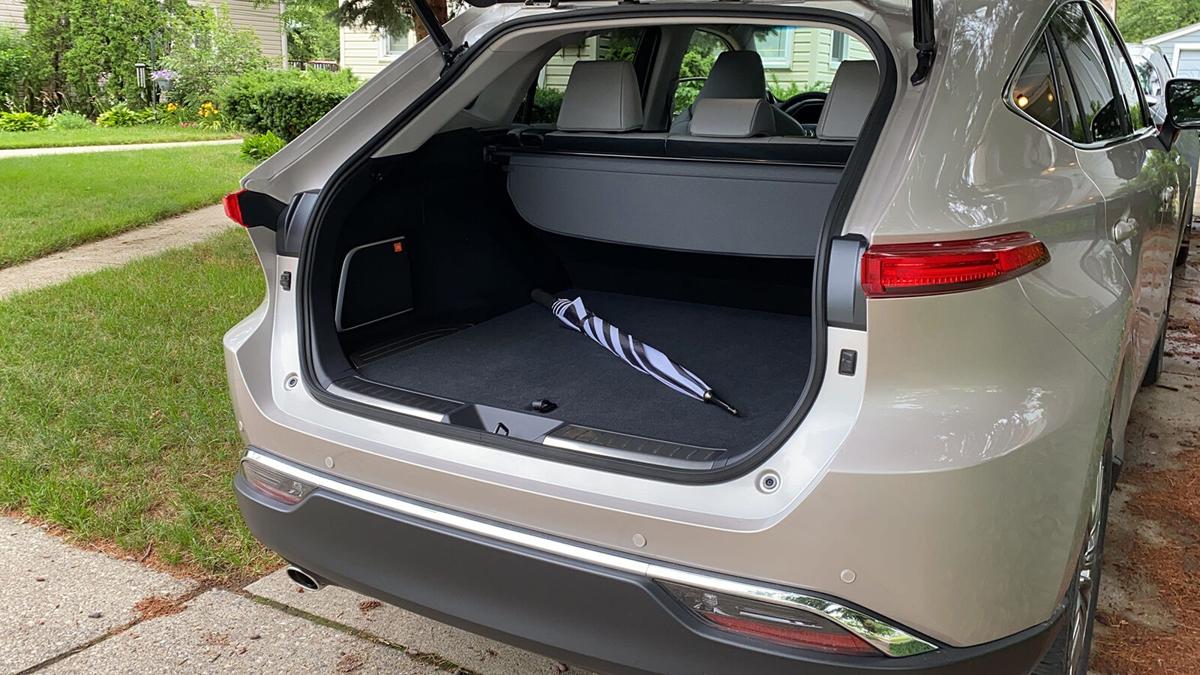 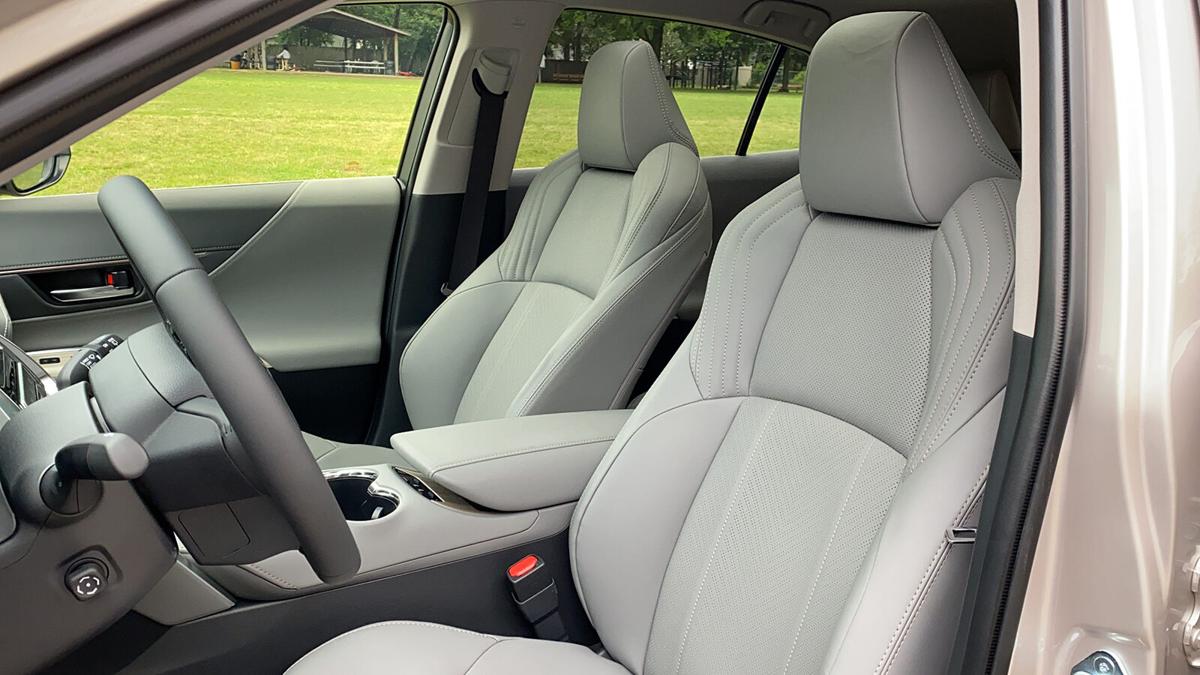 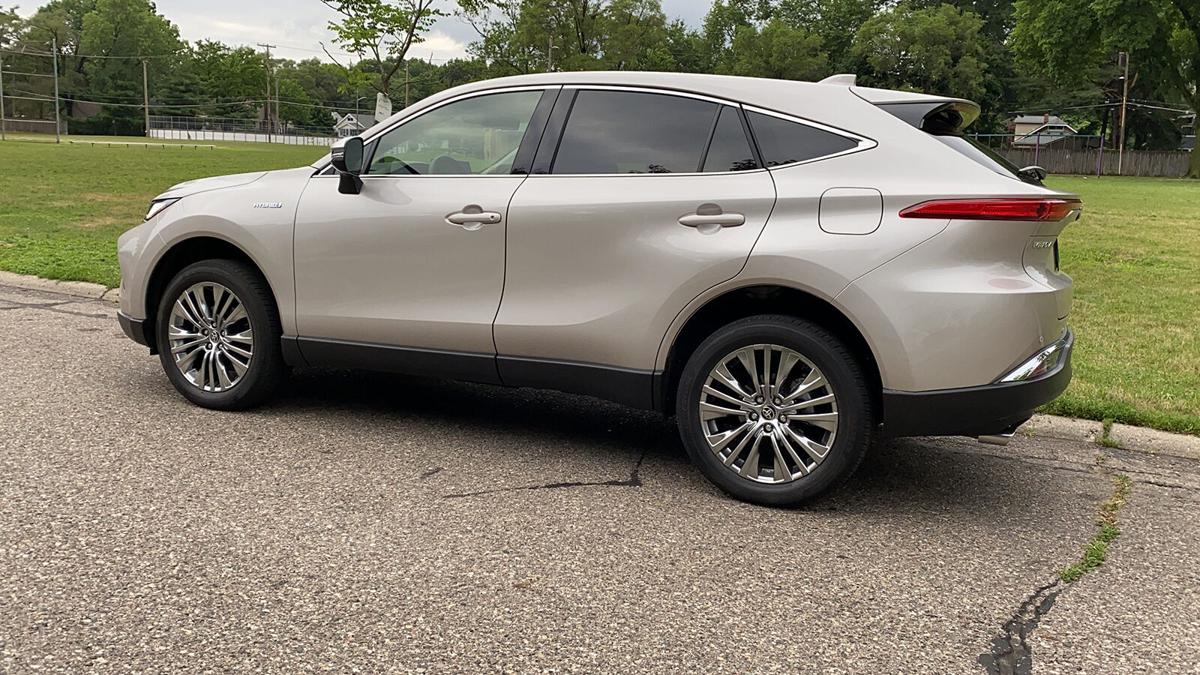 The 2021 Venza hybrid SUV delivers Lexus style at Toyota prices. That’s no coincidence. Toyota only uses the name “Venza” in North America, where it was used on another attractive SUV from 2008-15.

In the rest of the world, the new Venza is called the Harrier, the vehicle that had been the basis of Lexus’s RX SUV.

The RX is Lexus’s best-selling model in the US by a wide margin. Adding a third row of seats to appeal to American families a couple of years ago, it’s evolved away from the Harrier’s size. That made a good-looking, feature-packed new SUV available and the Toyota brand snatched it to provide slightly larger complement to its top seller, the RAV4.

The Venza goes on sale this summer.

The Venza is smaller than those competitors, 186.6 inches long on a 105.9-in. wheelbase it shares with the RAV4. It’s got less passenger space than the RAV4 due to sleek styling that rounds off a few of its edges. Venza passenger and cargo volume are also smaller than competitors from other brands.

Despite that, the interior is comfortable. The head and leg room are plentiful in front and rear seats, with a center console that provides good storage space, despite two inexplicable little lids on shallow depressions marked ‘no cups’ in its top shelf.

The dash and doors are covers in soft materials that would do a Lexus proud, as would tasteful chrome and ash-colored faux-wood trim.

Comfortable seats were upholstered with handsome SofTex material and embroidery. The front seats were ventilated and cooled.

The controls are less satisfying. Toyota opted for flat-panel capacitive touch points rather that dials, buttons or switches for volume, tuning and a few other frequently used functions. I drove a top of the line Venza Limited with a big 12.3-inch touch screen that displayed information clearly, but there’s no substitute for controls you can find and use by feel for some functions. That lesson’s been pounded home to brands from Honda to Cadillac, but like all fields, the auto industry has pockets of slow learners.

My Venza had two option packages, which included:

A fixed panoramic ‘Star Gaze’ sunroof that turns from opaque to clear at the touch of a switch. It struck me as a bit of a gimmick, more expensive ($1,400) than a conventional sun roof, while still requiring a fabric shade to prevent overheating and offering a somewhat milky view of the sky.

The Venza offers just one drivetrain: It’s an all-wheel drive hybrid with a 2.5L gasoline engine and small motor up front and an electrically powered rear axle.

The Venza shares its e-axle layout with the RAV4 hybrid. Using a separate electric motor on an axle that’s not connected to the front drivetrain is an increasingly popular way to offer AWD with less weight, fewer parts and complexity than a driveshaft connected to a conventional axle in the rear end.

I tested a top of the line Limited model. The Limited starts at $39,800 and options raised the price of my vehicle to $41,925. That compares favorably with similarly equipped versions of the larger Atlas Cross Sport, Blazer, Edge, Murano and Passport.

Standard features on the Venza Limited include:

The Venza’s hybrid system functions smoothly, delivering good fuel economy and easy operation. Cruising on all-electric power at neighborhood speeds is easy, though the whine of electric motors is fairly noticeable with no music playing.

There’s plenty of power for highway cruising, though the 2.5L Atkinson cycle gasoline engine creates noticeable vibration under load, a feature common to many hybrids.

The continuously variable automatic transmission is effective and the blending of mechanical braking and regeneration to charge the lithium-in battery under the rear seat feels perfectly natural, just like conventional all-mechanical brakes.

Official EPA fuel economy ratings aren’t available yet, but Toyota projects 40 mpg in the city, 37 on the highway and 39 combined. That seems feasible based on my experience.