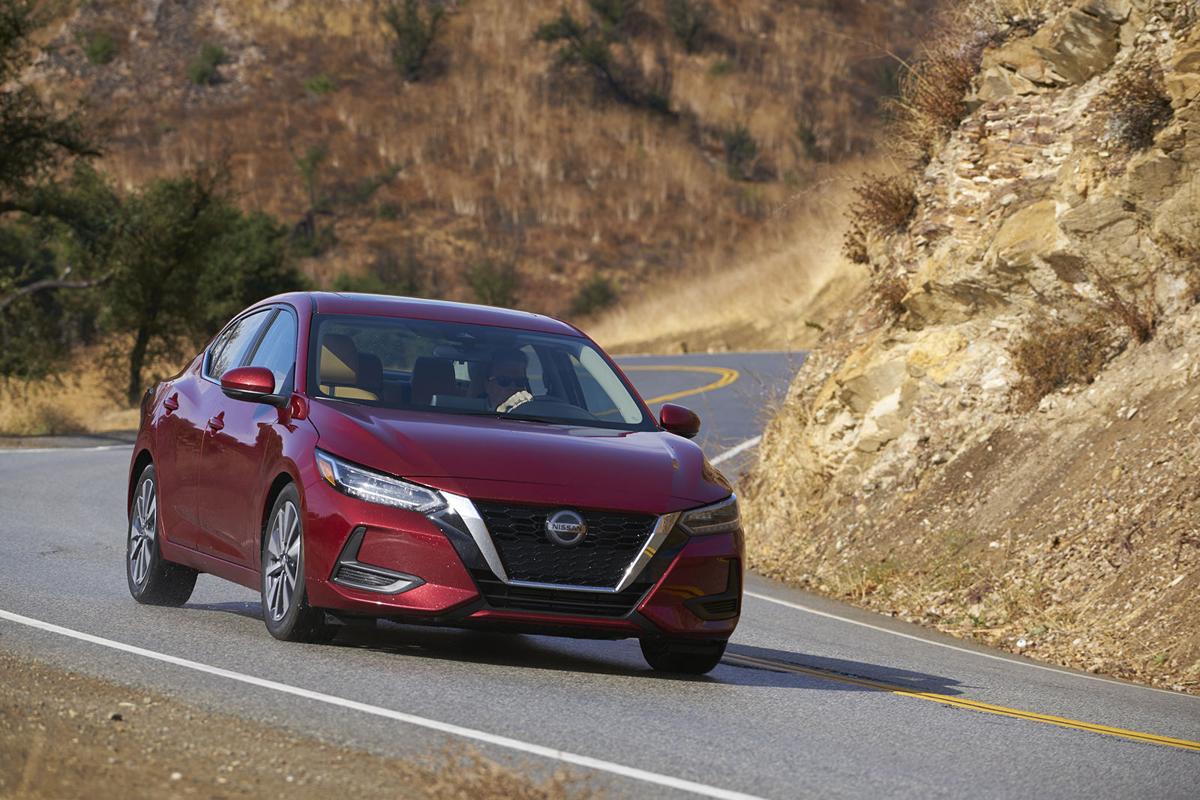 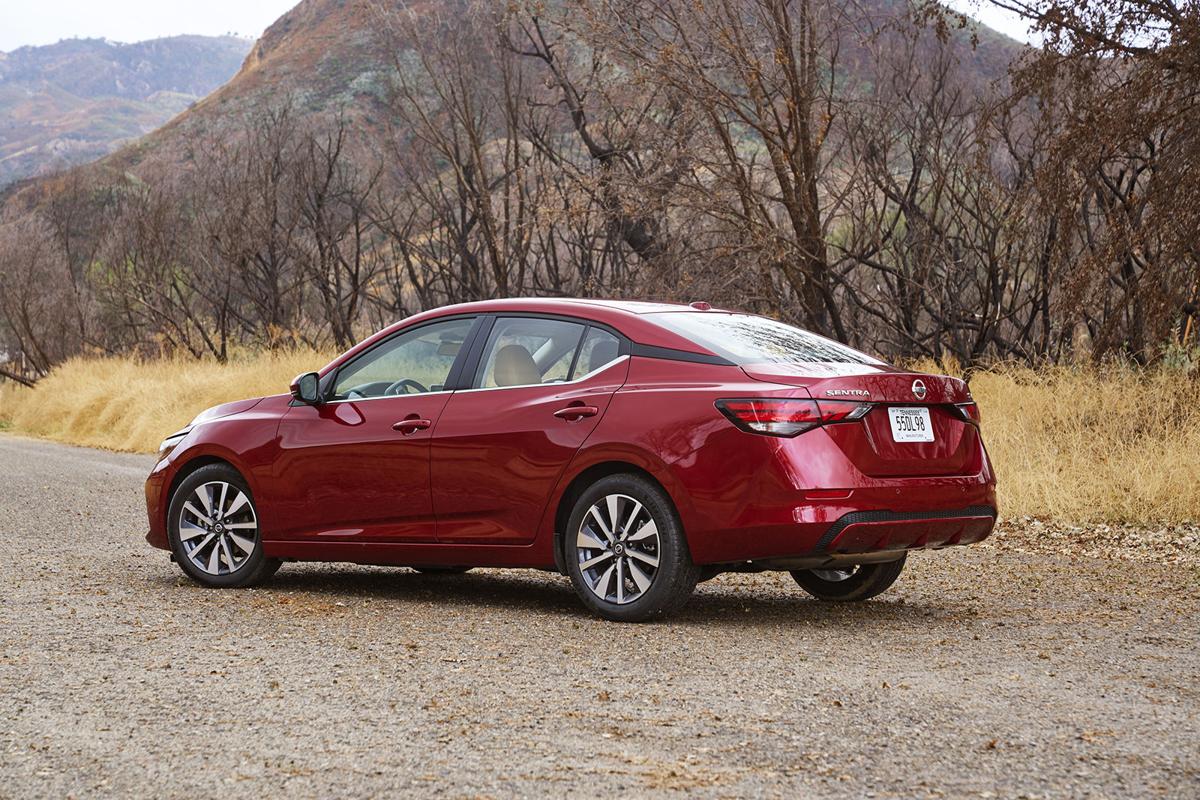 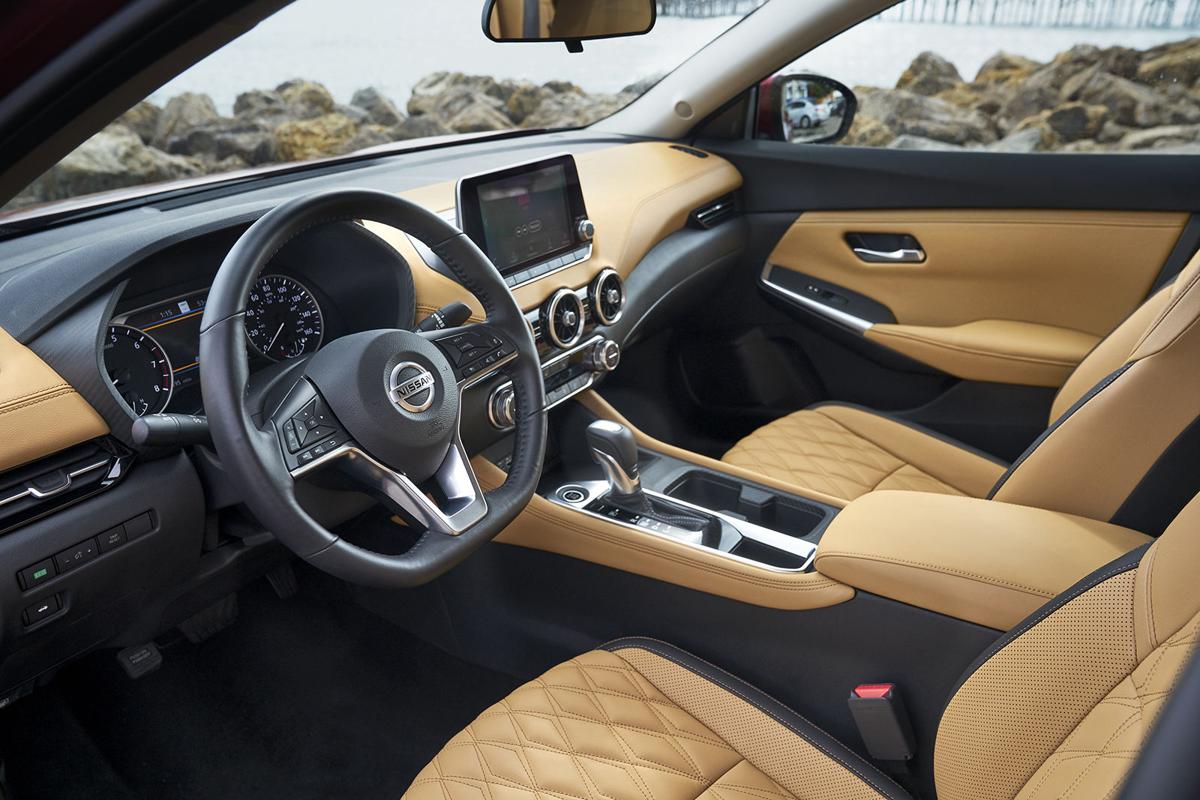 COVID-19 times are lean times. Toilet paper is priceless. Attorneys general are on the lookout for price-gouging.

They won’t need to waste their time at the Nissan dealership.

I had the Sentra in my driveway next to a $63,000 2020 Audi S4 rocket ship. I couldn’t believe these two cars were $38,000 apart. The Audi was flirting with the Sentra, it was so hot. Maybe because Hollywood starlet Brie Larson pilots a Sentra in its new ad campaign — but there’s more to it than that.

The interior is so nice I don’t know what it’s doing in a mainstream compact. When Mercedes debuted its sexy new CLA sedan a few years back — the German luxury brand’s first $30,000 entry-level sedan — we auto reviewers asked: Where are the savings? It didn’t take us long to figure it out. The interior was subpar with ill-fitting panels and a tablet screen tacked to the dash.

Not the Sentra. The attention to detail here is remarkable, from the aforementioned orange stitching to the subtle carbon-fiber trim around the instrument display to the graceful dash lines that seamlessly cups the tablet screen. No gouging here, Attorney General Nessel.

Nissan has long been a value leader in automotive, but style? It’s never been my first choice.

Sure, the Japanese brand has had its moments. I’ve been a Nissan Z sports car fan since it was called the Datsun 240Z. I was just a West Virginia boy in the early ‘70s when the Datsun hottie started showing up at the local autocrosses my father competed in. With a lusty shape modeled after the legendary Ferrari GTO and a growly, inline-six engine to match, I was entranced.

The 240Z eventually evolved into the equally sexy 1990 Nissan 300Z. And then there was the 2004 Maxima, Nissan’s full-size sedan hot-rod that combined Cadillac good looks with V-6 voom.

But like Nicolas Cage’s acting career, the Nissan highlights have been few and far between.

With buyers eyeballing boxy, utilitarian, subcompact crossovers, however, Nissan has turned the designers loose on its car lineup. If the midsize Altima doesn’t flip your switch you need to get your switch checked, and the Sentra is better looking than the Altima. The purpose of this is not just to make pretty things, but because of the chance to hook entry-level buyers in a market abandoned by Detroit automakers.

The Mazda 3 is a $25,000 sculpted masterpiece that just beat out the $150,000 Porsche Taycan for World Car Design of the Year. The Mazda adds Michigan-friendly all-wheel drive to match the Subaru Impreza, which also has stepped up its style game. The always handsome Volkswagen Jetta has added value to its lineup with a new model that promises standard features just like Japanese automakers. Even Toyota’s Corolla has become easy on the eyes.

And watch out for Hyundai’s new Elantra. Though its spectacular Los Angeles debut was overshadowed by the coronavirus pandemic, the little Korean is a rolling wonder with more angles than a Frank Gehry building.

But the big dog in the compact segment is the Honda Civic. Honda’s best-selling retail compact offers a dizzying array of models, not to mention important features like a configurable center console and sporty ride. The latter is courtesy of the entry-level car being designed with top-end performance badges like the Type R and Si in mind — hellions that will make you consider moving to Hell, Michigan, just so you have Michigan’s best roads at your doorstep.

To compete with the Civic, the formerly homely Sentra had to rely on rental fleets to find sales. But with its new bod, the Sentra deserves a look at the dealer as well. It’s so good looking it almost made me forget that the Sentra is not offered in hatchback form, my favorite dress for compact hatches.

If you’re looking for a hatchback, the Civic Sport, Mazda 3 and VW Golf are where you should be shopping. But if sedans are your thing, the Sentra now is in the hunt for more reasons than just price.

True to its value roots, the Sentra comes in a whopping $1,600 cheaper than a new Civic LS even as it offers standard goodies like that 7-inch infotainment screen, blind-spot assist and automatic high-beams.

The question is whether you’ll want to come back to the Sentra drivetrain day after day.

In my driveway, this was where the Audi started to snicker — and not because the S4 had 200 more horsepower than the Sentra’s meager 149.

Mated to a continuously variable transmission, the Sentra’s 2.0-liter four-cylinder is uninspired. The Sentra’s all-new chassis is ready and willing, but the engine shouted as if in protest whenever I floored it out of corners. Compare that to the Civic’s 174-horse 1.5-liter turbo, which — though also mated to a CVT — is always ready to play with punchy, 162 pound-feet of low-end torque.

Sentra’s four-banger doesn’t even allow you to claim virtue while putting up with its lack of excitement. Despite giving up 15% horsepower to the Civic, it lags by 12% in fuel economy: 32 mpg versus 36.

Highway cruising is more in Sentra’s wheelhouse, where I could engage adaptive cruise, settle back into the leatherette seats and contemplate the $1,000 I was saving in the Nissan’s luxurious confines. That inner sanctum includes a back seat that matches the Civic’s once class-leading 37.4 inches. That’s two more inches than the $63,000 Audi S4.